Around the world, major cities are deserted due to the coronavirus pandemic. Bustling downtowns and traffic-choked streets have come to a standstill.

I’m currently riding out the pandemic in my native Boston. In Massachusetts, our stay-home advisory – and closure of nonessential businesses – has been extended through May 4.

Several tenets of Boston life have already been radically altered: The Red Sox aren’t playing. There’s no traffic on Storrow Drive, a notoriously crowded parkway that deposits drivers in different downtown locations. The T – Boston’s subway system, which generally has up to 1 million riders a day – isn’t crammed with commuters.

On a recent sunny day, I took a drive with my family to see how the city has the changed in the midst of a pandemic. Here’s what I saw.

Faneuil Hall, a historical site that is normally swarmed with tourists, was almost completely empty. In 2014, Faneuil Hall was the seventh most visited tourist attraction in the world. 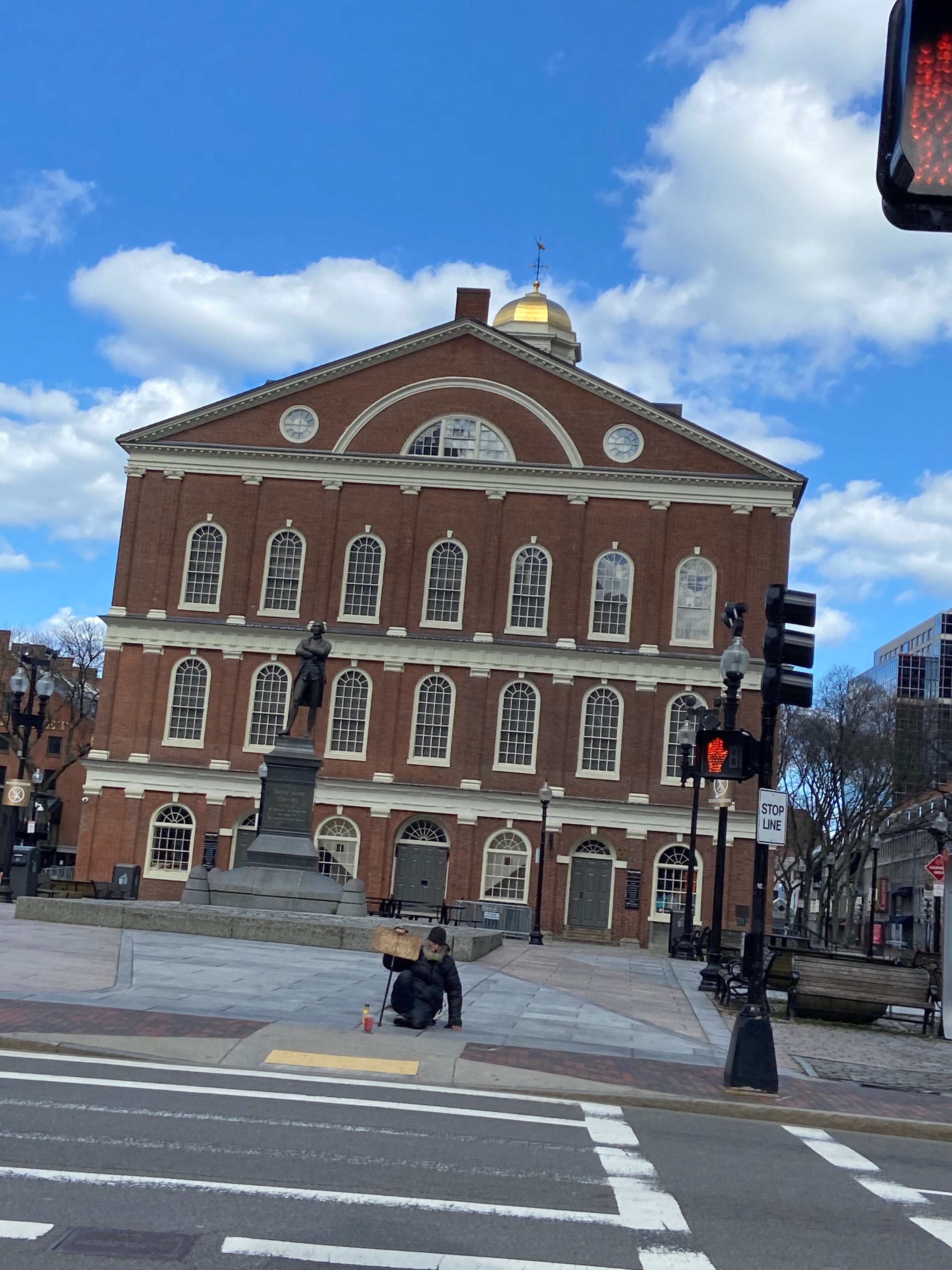 The same was true in iconic Copley Square, a historic public square and park in the heart of downtown. On even a temperate day, Copley Square would be jampacked with picnickers, tourists, and even farmer markets.

caption
The scene in Copley Square. The Boston Public Garden was deserted. It’s America’s first public botanical garden, and is generally full of people picnicking, riding Boston’s swan boats, and photographing the flowers. While there were a few people out for walks, to even be able to look into the garden and not see a person was jarring. The Boston Common — a larger park next to the Boston Public Garden — was also empty. I saw more people out for walks in the park, but still nowhere near a typical spring weekend. The ones who were there seemed to be observing a respectful 6 foot distance from others. Boston City Hall was quiet, with lines of Bluebikes awaiting riders. City Hall Plaza often hosts large scale events for the city, such as Boston Pride, which has been postponed. 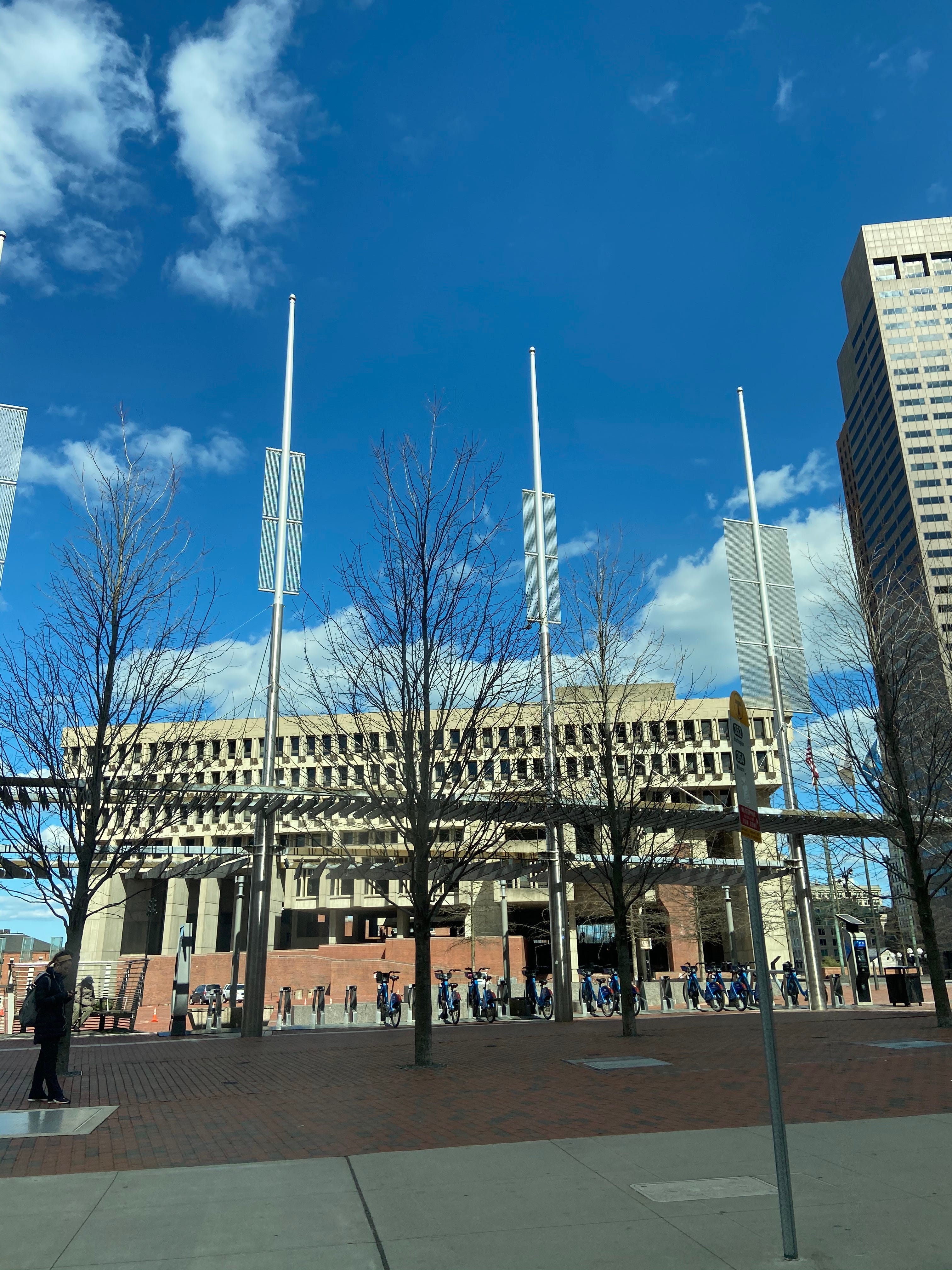 Boston’s Old State House — the site of the Boston Massacre and the first reading of the Declaration of Independence to Bostonians — is closed. The entrance to the Back Bay, another trendy and upscale neighbourhood, was also empty. Seeing Boylston Street traffic-free on a weekend was a first for me.

Beacon Hill, one of Boston’s oldest and trendiest neighbourhoods, seemed hunkered down. We saw a few residents out getting groceries. caption
The sign was hung outside a trendy Beacon Hill home.

Boston’s Four Seasons hotel was exceptionally quiet, like many hotels today — almost 80% of rooms across the US are empty. 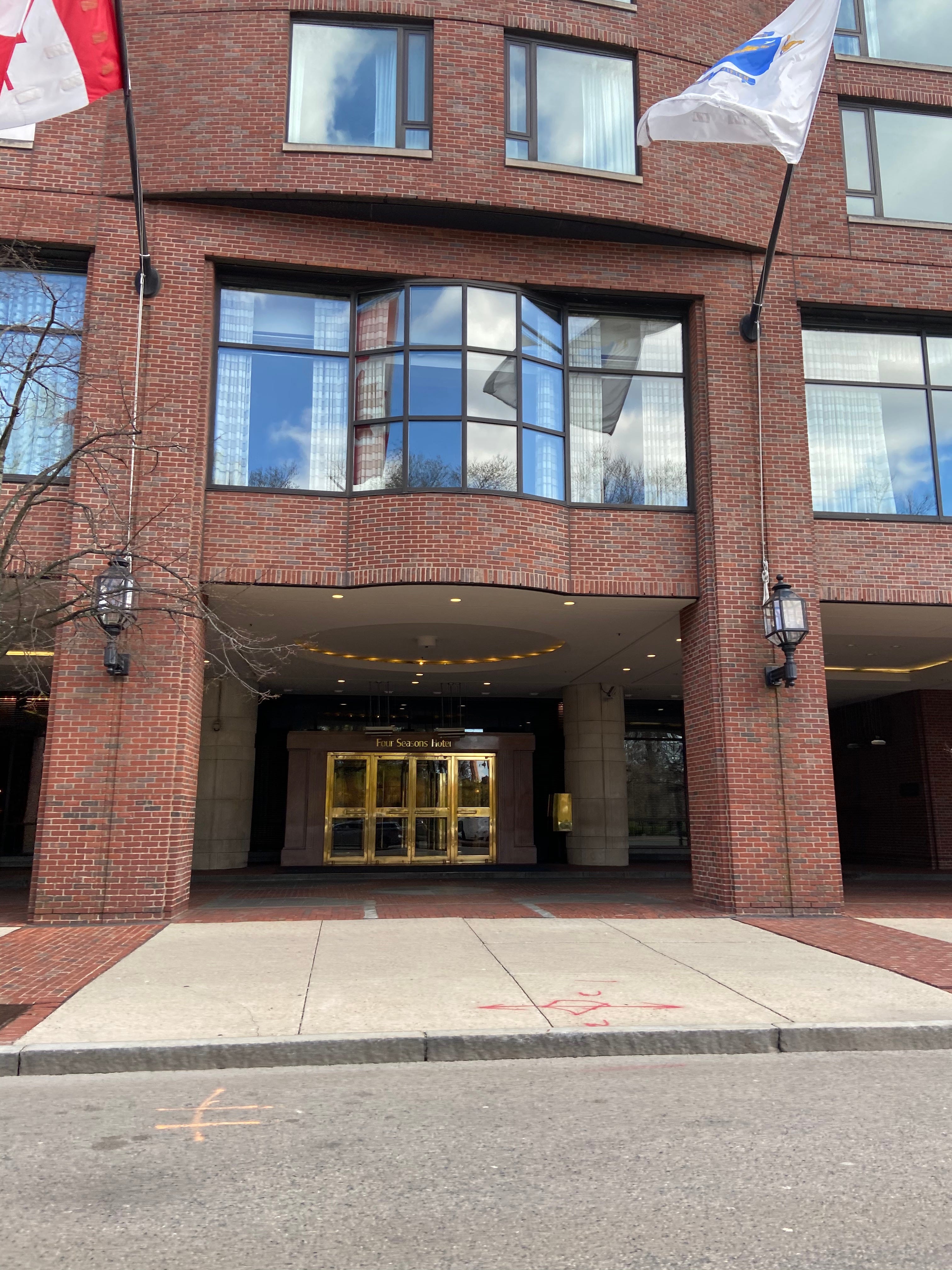 Newbury Street, a shopping and dining hub, was empty. Many shops were boarded up. 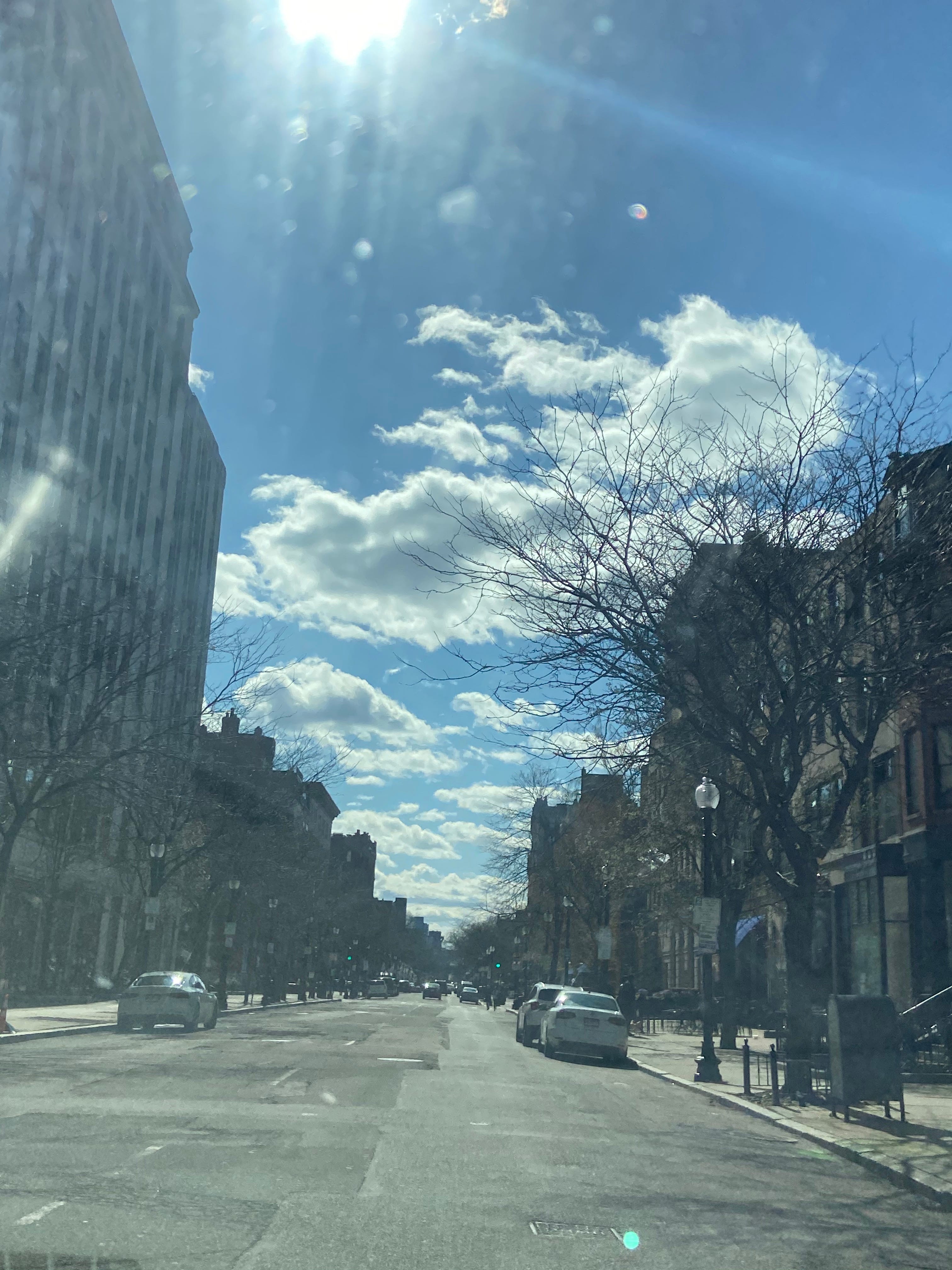 Juliana Kaplan/Business InsiderNormally, Newbury would be packed on a Saturday. 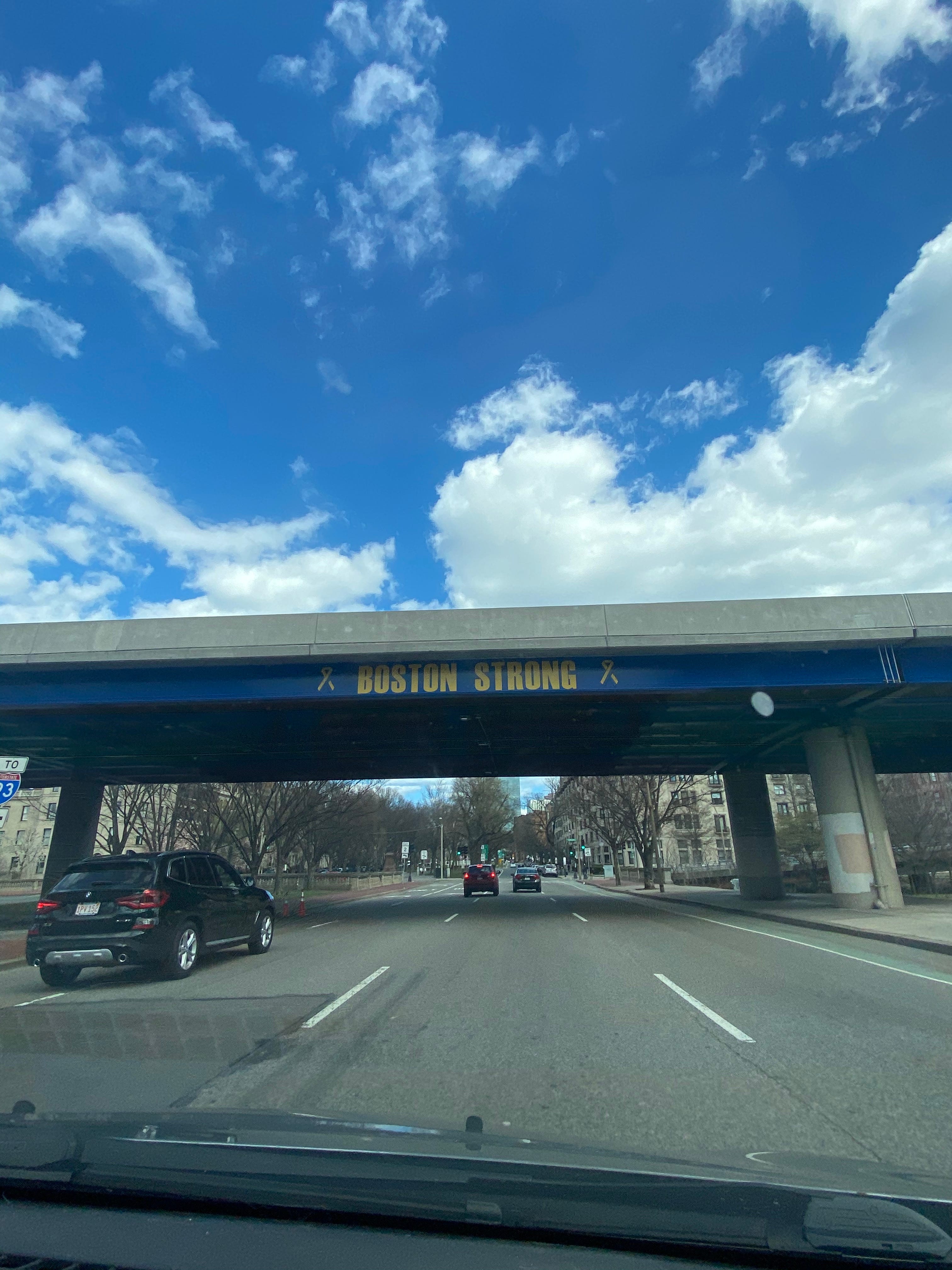 Juliana Kaplan/Business InsiderThe four were lifelong friends and teammates on the Red Sox.

Fenway would usually be bustling during baseball season. But no one was jostling for Fenway Franks or scalped tickets. The ticket office at Fenway was completely closed. The MLB season is currently indefinitely paused. Juliana Kaplan/Business InsiderNo tickets when there’s no games being played.

Across the river in Cambridge, it was equally quiet. Harvard was very quiet. We saw a smattering of people walking through Harvard Yard, but it was eerily quiet. Harvard students were sent home from campus in March. MIT was also very quiet. Surprisingly, we saw more people milling around MIT’s campus than at Harvard. On March 10, MIT went online for the semester, and students living on campus were told to move out by March 17. 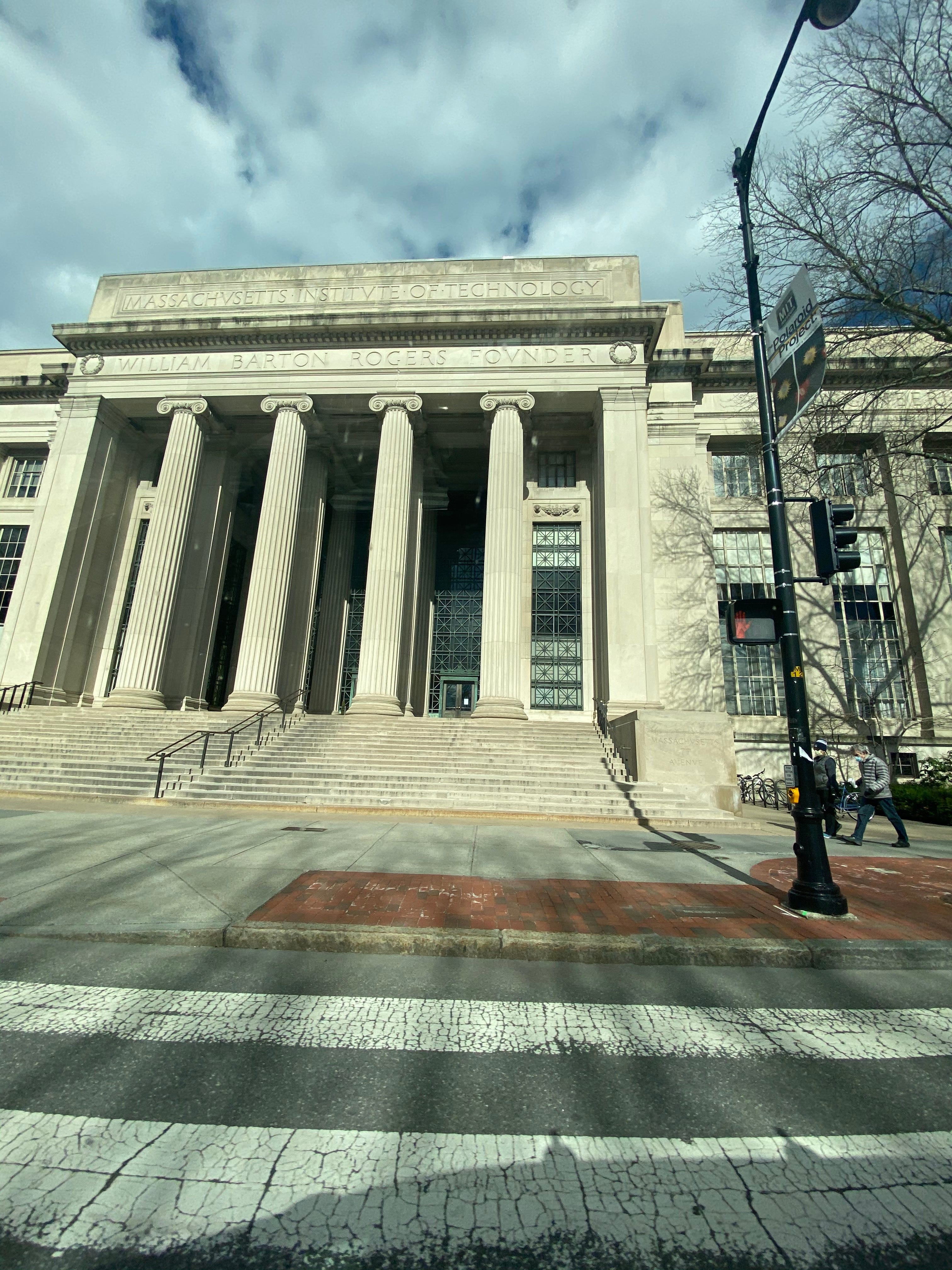 In fact, the only place we saw people was at a Trader Joe’s in Allston, a generally student-dominated neighbourhood.

caption
The store had its own bouncer.

The line — which was practicing social distancing — stretched around the block and then some. But even Dunkin’ Doughnuts was closed. For reference, Dunkin’ remained open during the Boston Marathon bombing lockdown. 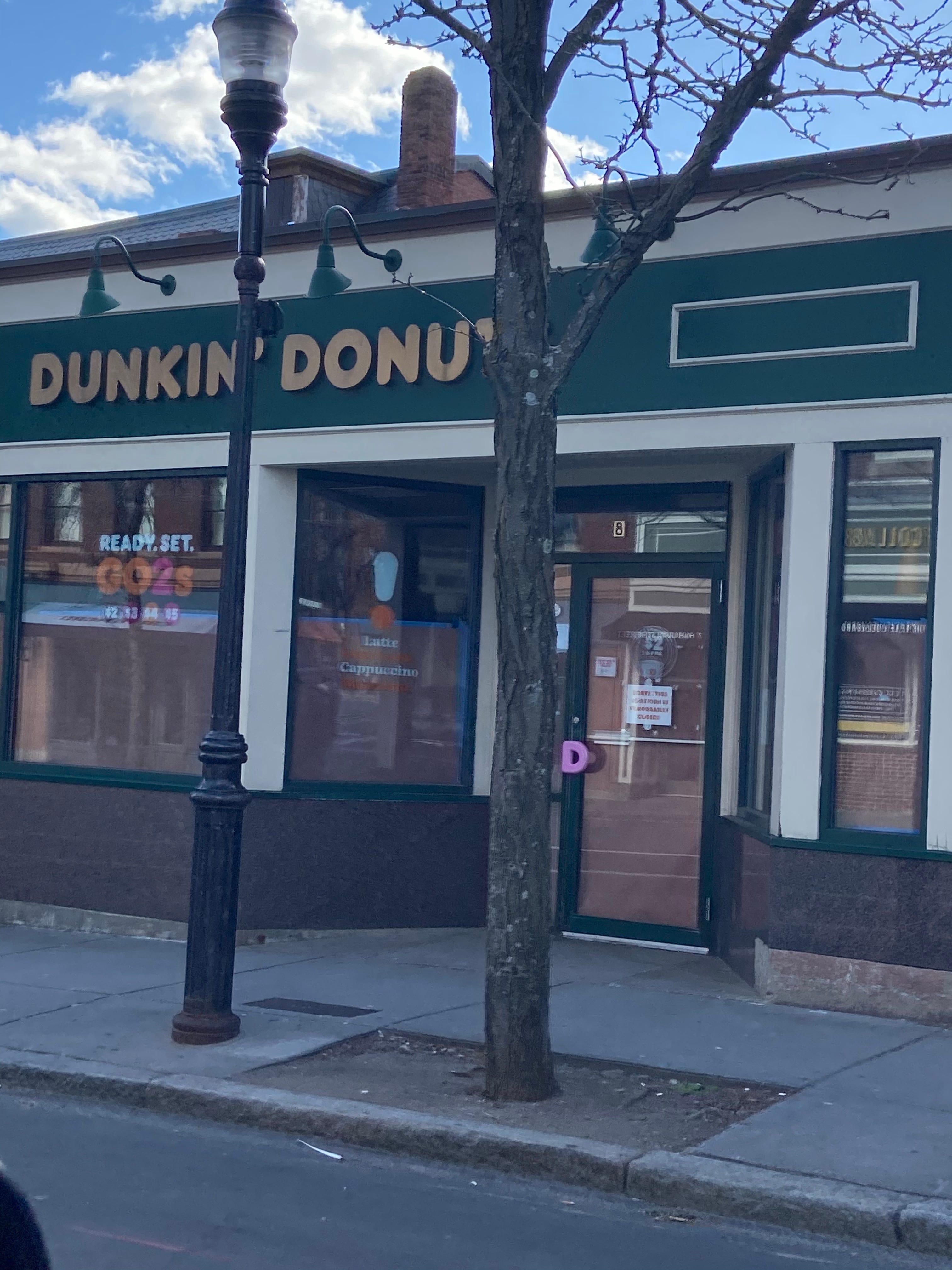