What Biden's $2 trillion infrastructure plan means for you 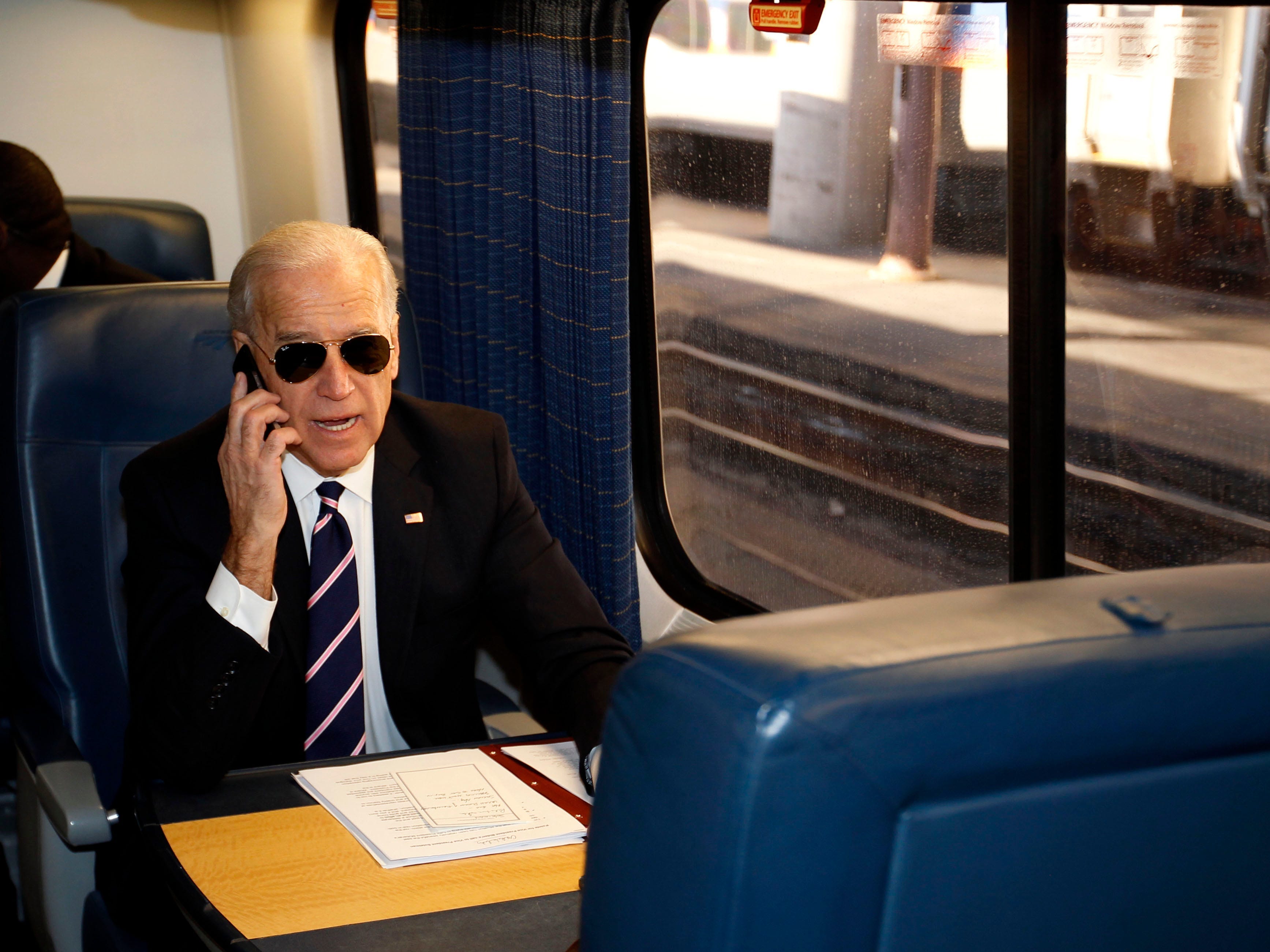 Just the first part of his next sweeping economic package – focused on various types of infrastructure spending – has a price tag of $2 trillion. Taken together with the second part of the package, to be announced in coming weeks, it could result in around $4 trillion of spending.

In his Wednesday announcement of the American Jobs Plan, Biden emphasized the importance of rebuilding not just crumbling roads and bridges, but the middle class as a whole.

“Even before the crisis we’re now facing, those at the very top in America were doing very well, which is fine,” Biden said. “They were doing great. But everyone else was falling behind.”

He added: “We all will do better when we all do well. It’s time to build our economy from the bottom up and from the middle out, not the top down.”

The package certainly faces a long, rocky road before anything becomes law. But if all of its provisions get passed, here’s how the current plan could impact you.

Anyone who commutes – whether by train, bus, or car – could feel the impact of the infrastructure package

“The American Jobs Plan will build new rail corridors and transit lines, easing congestion, cutting pollution, slashing commute times, and opening up investment in communities that can be connected to the cities, and cities to the outskirts, where a lot of jobs are these days,” Biden said. “It’ll reduce the bottlenecks of commerce at our ports and our airports.”

Electric-vehicle ports would see heavy investments, and Americans would have beefed-up incentives for buying clean-energy cars. They’ll be able to drive them on 20,000 modernized miles of roads and highways, or hop on a revamped Amtrak route.

“Imagine what we can do, what’s within our reach, when we modernize those highways,” Biden said. “You and your family could travel coast to coast without a single tank of gas onboard a high-speed train. “

Students of color and researchers would get more funding

“Decades ago, the United States government used to spend 2% of its GDP – its gross domestic product – on research and development,” Biden said. “Today, we spend less than 1%. I think it’s seven-tenths of 1%.”

Notably, the plan has special carve-outs targeted at students of color. Half of the $40 billion allocated for upgrading research infrastructure would go to Historically Black College and Universities (HBCUs), as well as Minority Serving Institutions (MSIs). HBCUs and MSIs would also get $10 billion – and an additional $15 billion for creating over 200 centers at them to serve as research incubators.

“The American Jobs Plan is the biggest increase in our federal non-defense research and development spending on record,” Biden said.

Workers, especially in the care industries, would get new benefits (like childcare at work)

Care workers and the people who rely on them stand to see big infusions of cash. The package would direct $400 billion towards home and community care for the elderly and disabled, expanding both access to services and benefits for workers in the space.

“For too long, caregivers – who are disproportionately women, and women of color, and immigrants – have been unseen, underpaid, and undervalued,” Biden said.

Biden is also calling for an end to sub-minimum wage provisions, where employers can pay disabled workers less than the federal minimum wage.

Unions were also a big topic throughout his speech, with Biden self-identifying as a “union guy.” He called for the passage of the Protecting the Right to Organize (PRO) Act.

“Unions built the middle class,” Biden said. “It’s about time they start to get a piece of the action.”

Technology overhauls worth more than $300 billion could mean more affordable and equitable internet access across the country.

Biden proposed a $100 billion investment in broadband to ensure it reaches 100% coverage across the country while promoting price transparency.

In his speech on Wednesday, Biden said that more than 35% of rural Americans lack access to high-speed Internet, and the disparity has only worsened during the pandemic. His infrastructure plan would help with that.

“When I say ‘affordable,’ I mean it,” Biden said. “Americans pay too much for Internet service. We’re going to drive down the price for families who have service now, and make it easier for families who don’t have affordable service to be able to get it now.”

On top of the aid for small businesses and American manufacturers in the stimulus package, Biden wants to invest $400 billion to strengthen and protect American businesses. The infrastructure bill builds on the president’s “buy American” executive order in January and would encourage and promote domestic production of goods.

“Not a contract will go out, that I control, that will not go to a company that is an American company with American products, all the way down the line, and American workers,” Biden said.

Workers can also expect to see investments in job creation and job training efforts, and workforce protections would be strengthened, as well, including efforts to prevent workplace discrimination and supporting the right to unionize.

More affordable housing would get built

The housing sector can expect massive improvements from Biden’s $300 billion investment to revamp homes, schools, and federal buildings across the country. 500,000 homes would be built and rehabilitated for low- and middle-income homebuyers, and jobs would be created to build 1 million affordable and accessible housing options.