The Assad regime is receiving a new credit line from Iran worth about $US1 billion — a sign of support that will likely increase after a nuclear deal is reached and anti-Iranian sanctions are lifted.

Iran stands to gain hundreds of billions of dollars from a comprehensive nuclear deal with the West, a large portion of which could go to supporting its regional interventions and initiatives in Yemen, Iraq, and Syria.

“The White House seems deeply convinced that the money Iran may get will go to help boost the Iranian economy instead of being used to support their regional interventions and initiatives,” David Rothkopf wrote in a recent op-ed for Foreign Policy.

“Even if the Iranians got only $US100 billion and used 90 per cent to help the economy, the remaining $US10 billion would have a potentially big impact in places like Syria, Iraq, and Yemen,” Rothkopf continued. “Further, no one among the regional experts with whom I have recently spoken felt that the Iranians would use a fraction as low as 10 per cent of the monies in support of their regional policies.”

Tehran would have to invest some of that money to retain the momentum it has gained throughout the region over the past few years and keep one of its most important regional allies, Bashar Assad, in power.

The prospect of an economically empowered Iran using its newfound billions to bolster the Assad regime even further is particularly daunting given revelations that Assad’s air strikes, largely funded by Iran as it is, have all but cleared the way for ISIS militants to march north.

Assad is willing to enable the advance if it means the jihadists will threaten rebel supply lines in the strategically important city of Aleppo, Christopher Kozak, a Syria Analyst at the Institute for the Study of War, explained to Business Insider.

As Iran’s only ally in the region, Syria is critical to Iran retaining its geopolitical influence in the Levant, which is why Tehran spends roughly $US35 billion per yearpropping up the Assad regime and has deployed thousands of pro-Assad Shiite militiamen to Syria since the conflict began in 2011.

The strongest of Iran’s proxy fighters, the Lebanese paramilitary group Hezbollah, has been operating openly in Syria since at least the beginning of 2013, stepping up its recruitment in recent weeks and months by mobilizing minority groups to fight alongside pro-Assad militias, according to Phillip Smyth.

Tehran has “turned to entire new communities of foreign fighters to bolster the Assad regime,” including Pakistanis and Afghans, Smyth notes.

“These Shiite fighters are not just more bodies for Iran to throw into the conflict,” Smyth writes. “They also highlight Tehran’s growing geopolitical reach. Their presence indicates that Iran is trying to project its influence deep into communities in Central Asia.”

Burdened by international economic sanctions, Iran has been propping up a crumbling Syria with funds, material, and manpower would only decline as the rebels continued their war of attrition.

An economically empowered Iran with billions more to spend would likely fight the Syrian rebels until the bitter end — which is what Iran says it will do.

“Tehran has not forgotten its moral obligations to Syria and will continue to provide help and support on its own terms to the government and nation of Syria.”

Significantly, the Obama administrated has repeatedly said that the emerging nuclear deal is concerned exclusively with halting Iran’s nuclear program — not its military aggression in the region.

Few can predict what will happen after the deal is signed and finalised at the end of this month. But if President Obama’s consistently aloof attitude toward the Syrian civil war is any indication, it is unlikely that Iran will be punished with renewed sanctions for bolstering the Assad regime to a greater extent than ever before. 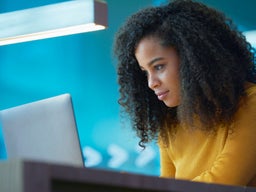 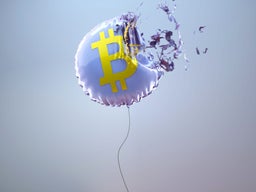