US weekly jobless claims rise to 719,000 as hiring recovery falters 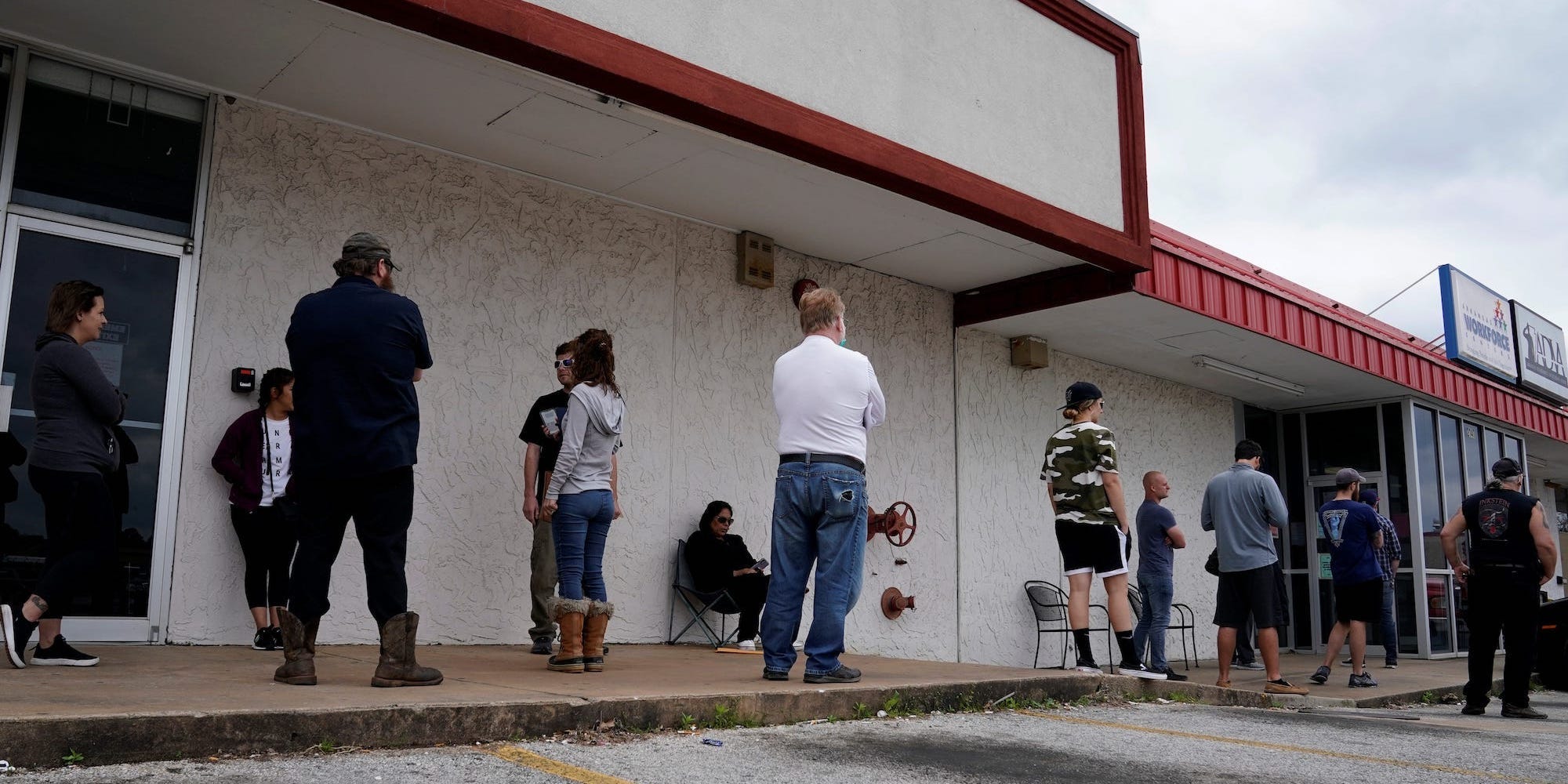 REUTERS/Nick OxfordPeople in line to file for unemployment at an Arkansas Workforce Center in Fayetteville, Arkansas, on April 6, 2020.

New jobless claims reached an unadjusted 719,000 for the week that ended Saturday, the Labor Department announced Thursday. That comes in above the median estimate of 678,000 from economists surveyed by Bloomberg. The Thursday reading also marks the second jump in three weeks.

The previous week’s reading was revised lower to 658,000. That report came exactly one year after claims first shot higher at the start of the US coronavirus outbreak. That report marked the first time initial claims landed below 700,000 since the pandemic hit the US. Though claims retraced some of their recent decline, last week’s revised count had appeared to signal notable progress in bringing filing counts back to pre-pandemic lows.

Continuing claims, which track Americans receiving unemployment benefits, slid to 3.79 million for the week that ended March 20. Economists had projected a decline to 3.75 million.

Over 83 million claims have been made since the year-ago surge, more than double the number filed during the 18-month Great Recession.

The labor market lagged other indicators of economic activity through the winter as new lockdowns and soaring COVID-19 cases hindered job growth. Yet new data suggests vaccination, new stimulus, and the easing of economic restrictions are already accelerating the rate of improvement.

Private-sector payrolls grew by 517,000 last month, according to ADP data published Wednesday. The jump is the largest seen since September and marks a third straight monthly increase. Though the sum lands below the median economist estimate of 550,000, the sharp rise in job growth signals the labor market will thrive into the summer.

The country will get a more detailed look at March hiring trends when the Bureau of Labor Statistics publishes its monthly nonfarm payrolls report on Friday. Economists expect an increase of 650,000 payrolls and for the unemployment rate to fall to 6% from 6.2%.

While Democrats’ $1.9 trillion stimulus measure is seen as aiding the recovery, the Biden administration isn’t resting on its laurels. President Joe Biden laid out a $2 trillion spending package on Wednesday with funds for infrastructure, clean-energy credits, housing, elderly and disabled care, and a national broadband internet project. The White House expects the plan to create millions of jobs, further adding to the recovery expected to take place through the rest of 2021.