College weekends were once full of keg stands and hookups. Now, students are bored, lonely, and trapped in their dorm rooms. 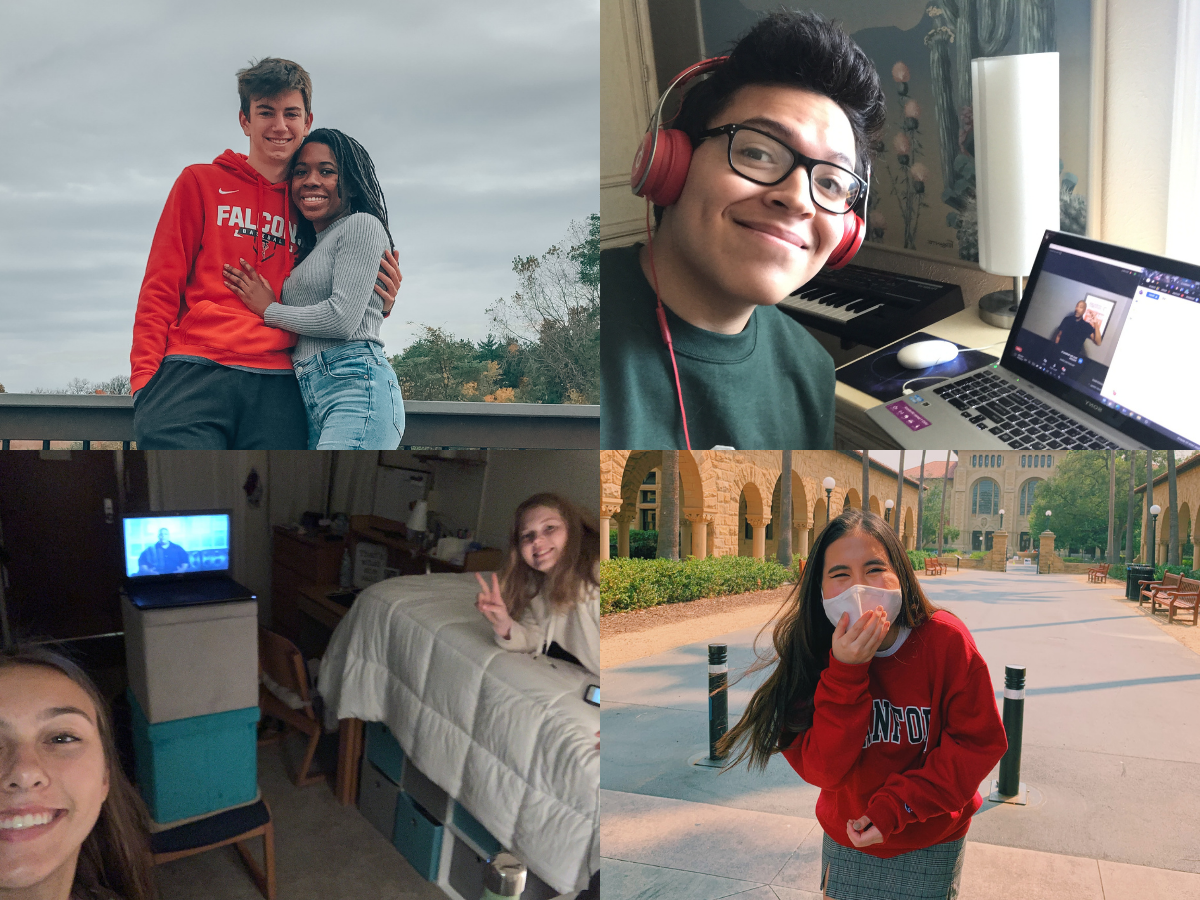 A year ago, when high school seniors pictured their freshmen year of college, it looked vastly different from the reality they’re living today.

AimÃ©e Parvine, a freshman at Howard University, imagined lecture halls with hundreds of strangers. Instead, she’s sitting in her childhood bedroom in Grand Rapids, Michigan. Marlon Rubio Smith, a freshman at the University of Texas at Austin, pictured late nights in campus libraries. Now, he completes his work from his dining room table in Rio Grande Valley, Texas.

But college isn’t just about academics, of course. It’s also about parties, dating, and all the other kinds of things 18- to 22-year-olds do to have fun.

Emily Lampi, a freshman at the University of Florida, hoped she’d be surrounded by 82,000 other people at her first football game. On October 3, she and her roommate dressed up for pictures and watched the game from their dorm room.

Thanks to the coronavirus pandemic, weekends for the five students below are nothing like what they hoped for. Instead of keg stands, first dates, and football games, most of them are spending their time watching movies at home, FaceTiming friends, and finishing up school work.

For Ziyan Peng, a freshman at the University of California at Los Angeles, classes go late into the night, thanks to a 16-hour time difference with her home in Hangzhou, China. 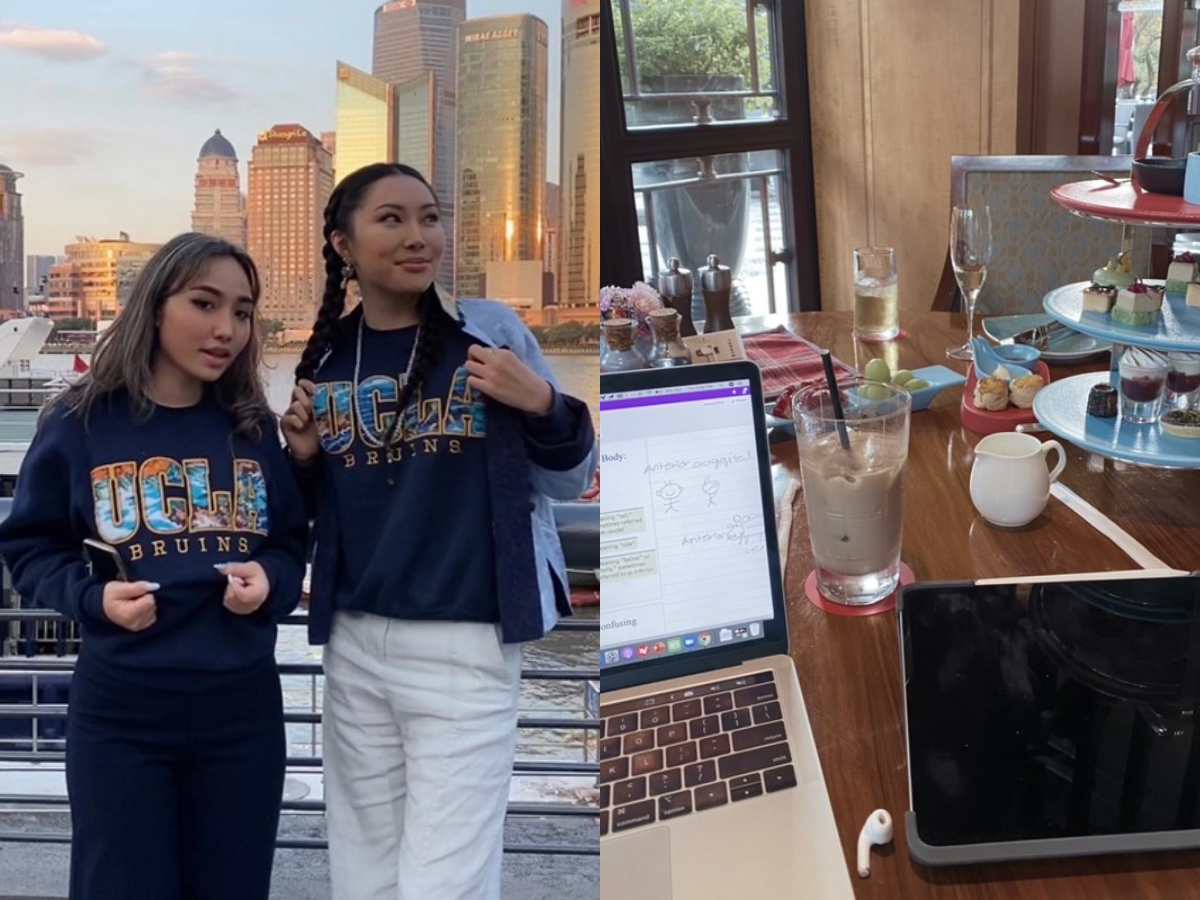 Because of the 16-hour time difference, 17-year-old Ziyan Peng’s classes happen late at night and early in the mornings.

On Friday, Peng will wake up around 3 p.m. and get ready before heading to a nearby coffee shop to get some work done.

At 3 a.m., a weekly quiz in her accounting class opens, which she’ll have 12 hours to complete. She’ll take the quiz when it opens and study for another one she has on Saturday mornings.

Since Fridays are dedicated to classes, Peng uses Saturdays to travel, relax at home, or visit friends in neighbouring cities. In late October, a group of UCLA students and parents went to a makeshift parents weekend in Shanghai.

To order to get to the event in time, Peng had to log into a discussion class and complete a quiz from the back seat of her family’s car.

After the meet-up, Peng said she’ll grab dinner with a friend. She might head to a party or explore Shanghai’s social scene, she said.

“In North America, people are stuck at home doing quarantine and everything,” she told Insider. “It almost feels showoff-y that I’m getting to do all this.”

But back home in Hangzhou, Peng doesn’t go out – she still lives with her parents, and the Hangzhou social scene “isn’t my crowd,” she said.

While she does get to have more freedom to travel and live, Peng said she imagined her college Friday nights differently. She had envisioned sports games, beach nights, and college parties filling her weekends.

“The school having the work hard, play hard people,” she said. “I just feel like the college experience is what I really wanted, and I don’t have that right now.”

Marlon Rubio Smith, a freshman at the University of Texas at Austin, spends his weekends doing what he loves the most: watching movies. 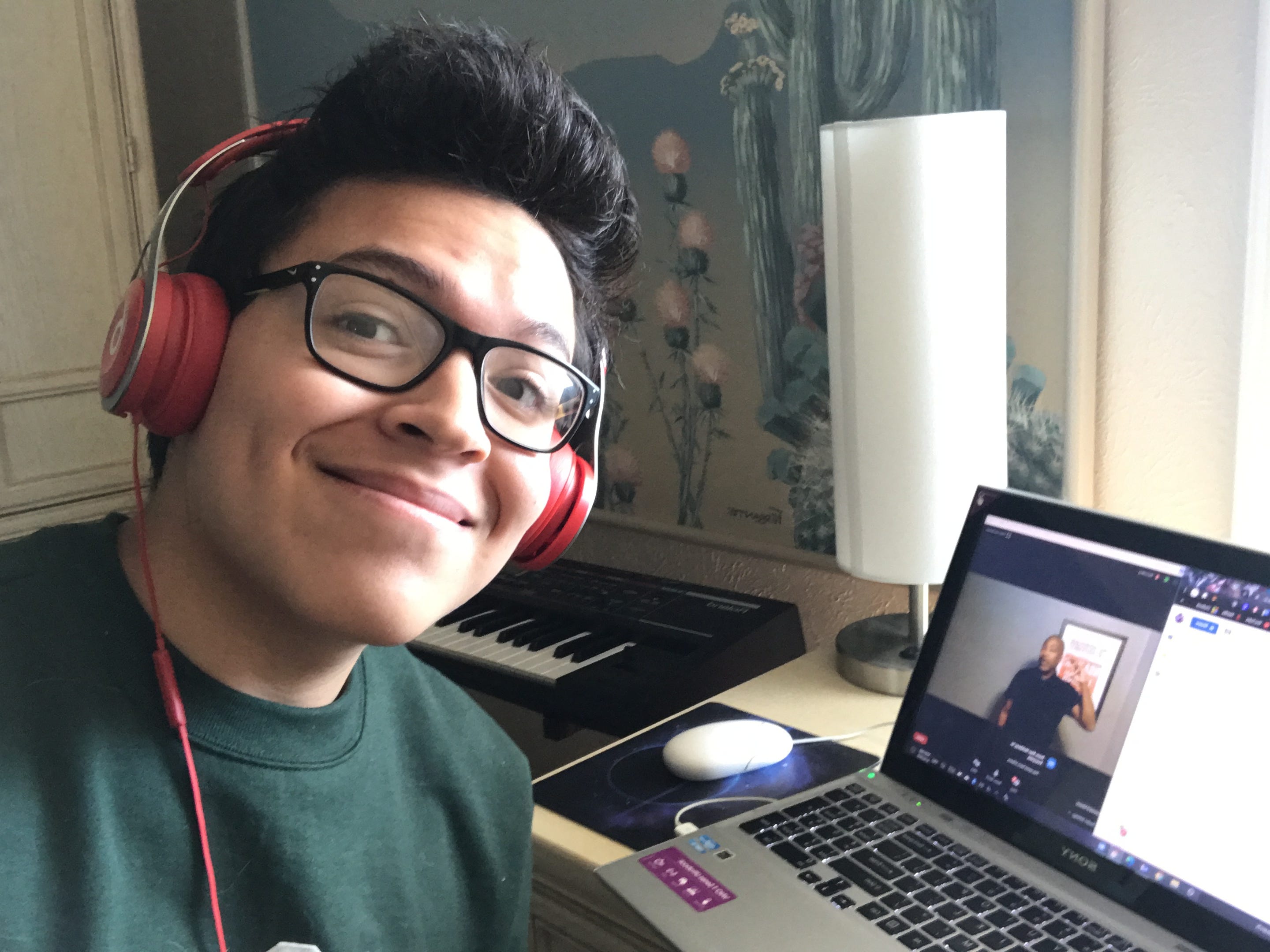 18-year-old Marlon Rubio Smith and his family moved semi-permanently to their second home in Rio Grande Valley, Texas in March. In late September, his parents went back to Houston for work, and Rubio Smith stayed behind to house sit and take care of his seven cats, Rosie, Jeffrey, Johnny, Lorax, Larry, Freddy, and Lulu.

“After the first week of being here by myself, I’ve started to feel a little bit sad. I don’t know if it’s because of the loneliness or what,” he told Insider.

His Friday nights are also lonely, so he’s developed a philosophy: Fridays are for me. “I look forward to it each week,” he said.

Friday nights are a chance to decompress and relax from a week of college courses. He might FaceTime his parents or his girlfriend. He’ll cook himself dinner and feed the cats.

Then he settles into his couch to enjoy a movie. As a film major at UT Austin, Rubio Smith said he loves to analyse films. A recent favourite was “The Devil All the Time.”

Confined to a dorm room, Emily Lampi, a freshman at the University of Florida, will watch a movie with her roommate. 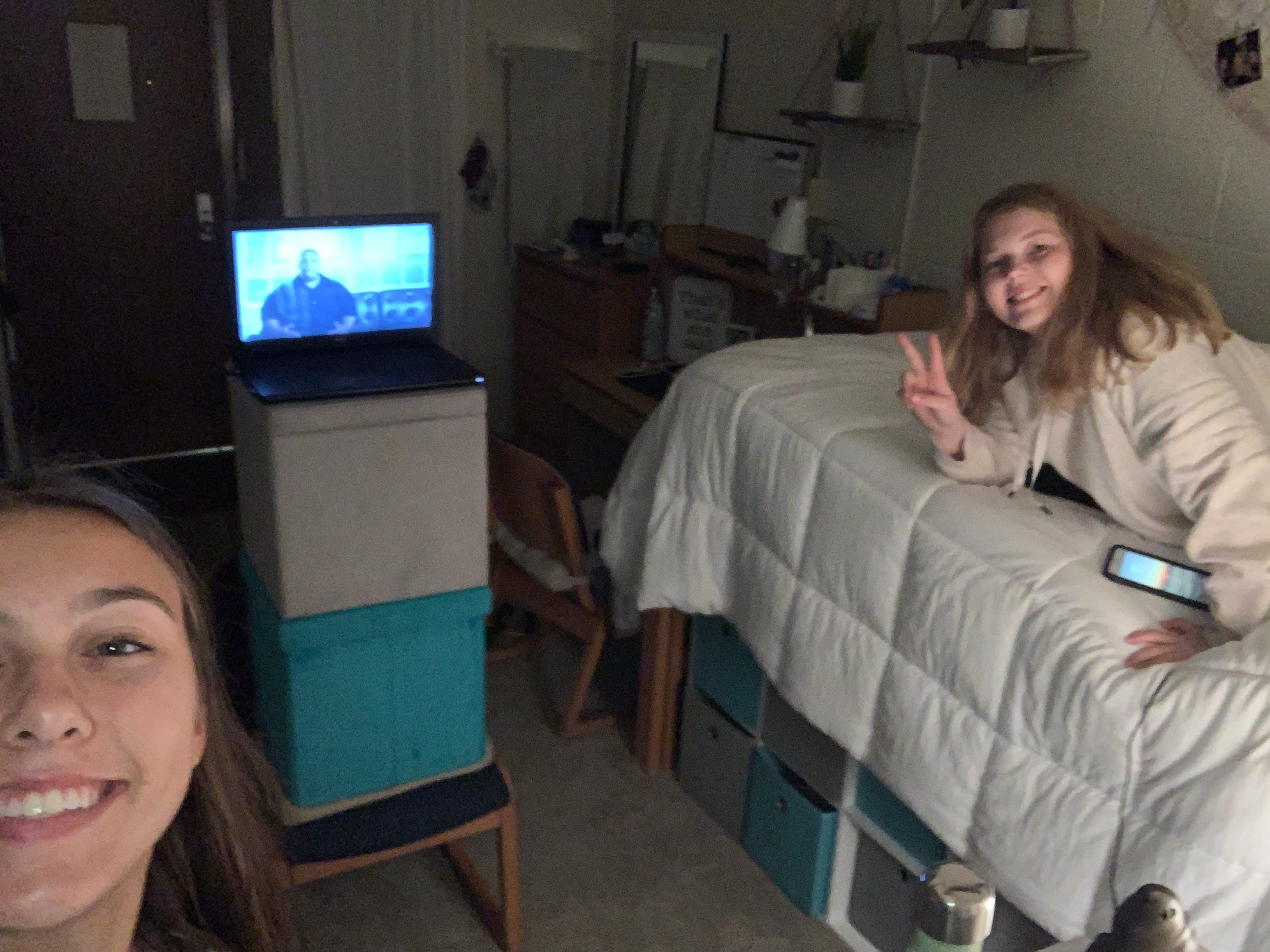 Emily LampiEmily Lampi and her roommate fill their Fridays with movie nights.

Originally, Lampi envisioned Friday nights at sorority events, sports games, or in the nearby town. But the pandemic has left the 18-year-old confined to her dorm room.

Fortunately, it’s strengthened her friendship with her roommate, and they spend most of their weekends together.

On a typical Friday night, the duo might walk around campus during sunset before heading back kicking off the night with a dance party. They will blast music, turn on colourful lights, and dance around the tiny space.

Once their energy is used up, they will set up a laptop in between their two twin-sized beds and binge the night away watching documentaries, like ‘The Social Dilemma” or “13th.”

However, across the hallway and throughout campus, other students are still going to parties and crowded bars. “It’s just hard, especially because everyone goes out,” Lampi said. “It’s hard to tell yourself you’re making the right decision by not going out.”

Still, Lampi focuses on how she’s making the smart decision, not just for herself, but others, too.

“For me, I think that going out and doing things that you shouldn’t be doing during a pandemic is so selfish,” she said. 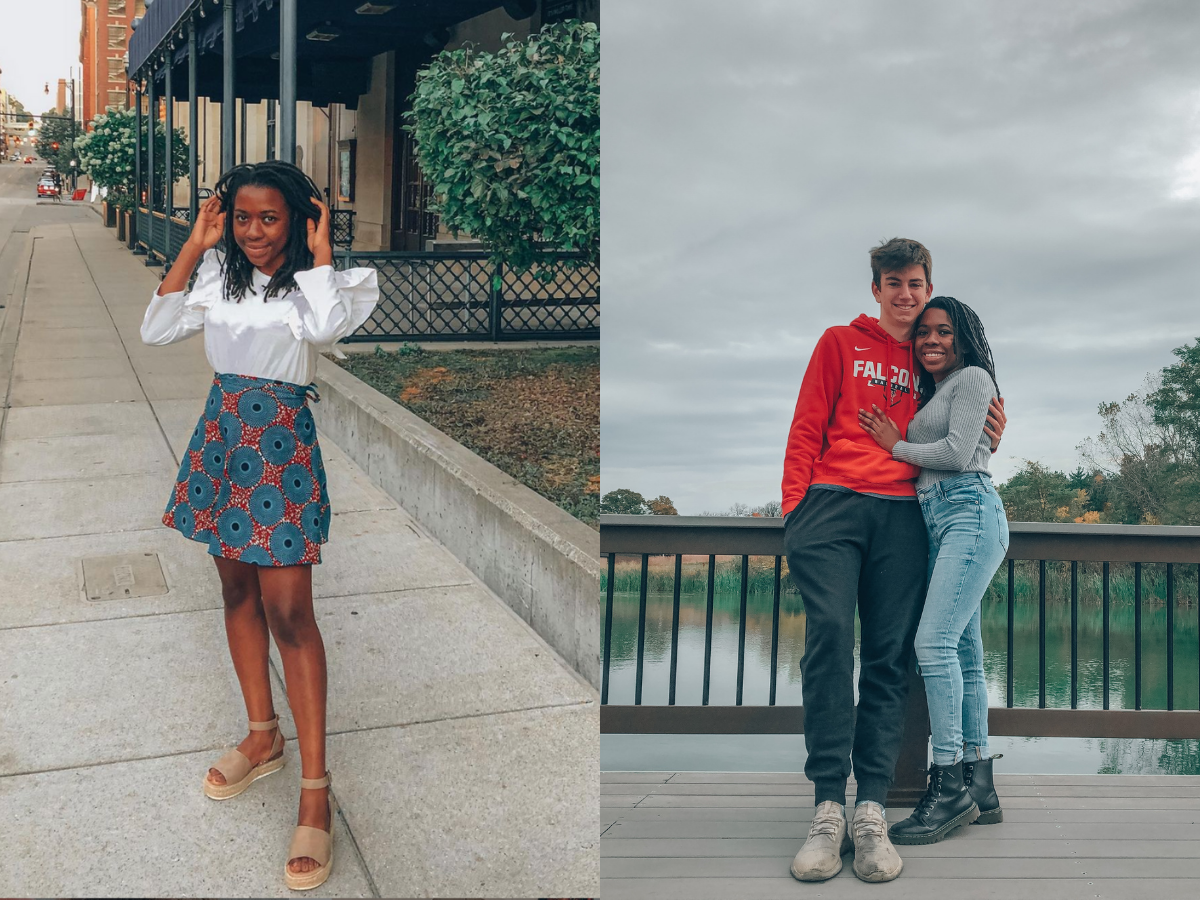 Aimée ParvineAimée Parvine and her boyfriend try new recipes each Friday evening before she heads to work.

Howard University moved all of its courses online and closed its campus this fall semester, so Aimée Parvine doesn’t regret her decision to live at home with her mother in Grand Rapids, Michigan.

Parvine’s boyfriend is also in the same city. Every week after she’s finished up her classwork, they will pick a new recipe to cook in the early evening.

Around 7 p.m., Parvine will come back home. She’ll take a quick nap and then head to her job around 10:30 pm – she currently works the weekend night shifts at a manufacturing job to help cover the cost of college.

“It a completely different routine than what I’m used to,” she told Insider. But, she said, “If I had a weekday job, I’d be a mess. I just know I wouldn’t be able to do it.”

She’ll be back home Saturday morning around 7:30 a.m, and on Saturday night, she’ll do it all again.

Audrey Pe, a freshman at Stanford University, is living on campus. She spends weekends with dining hall food, movie nights, and a steadfast skincare routine. 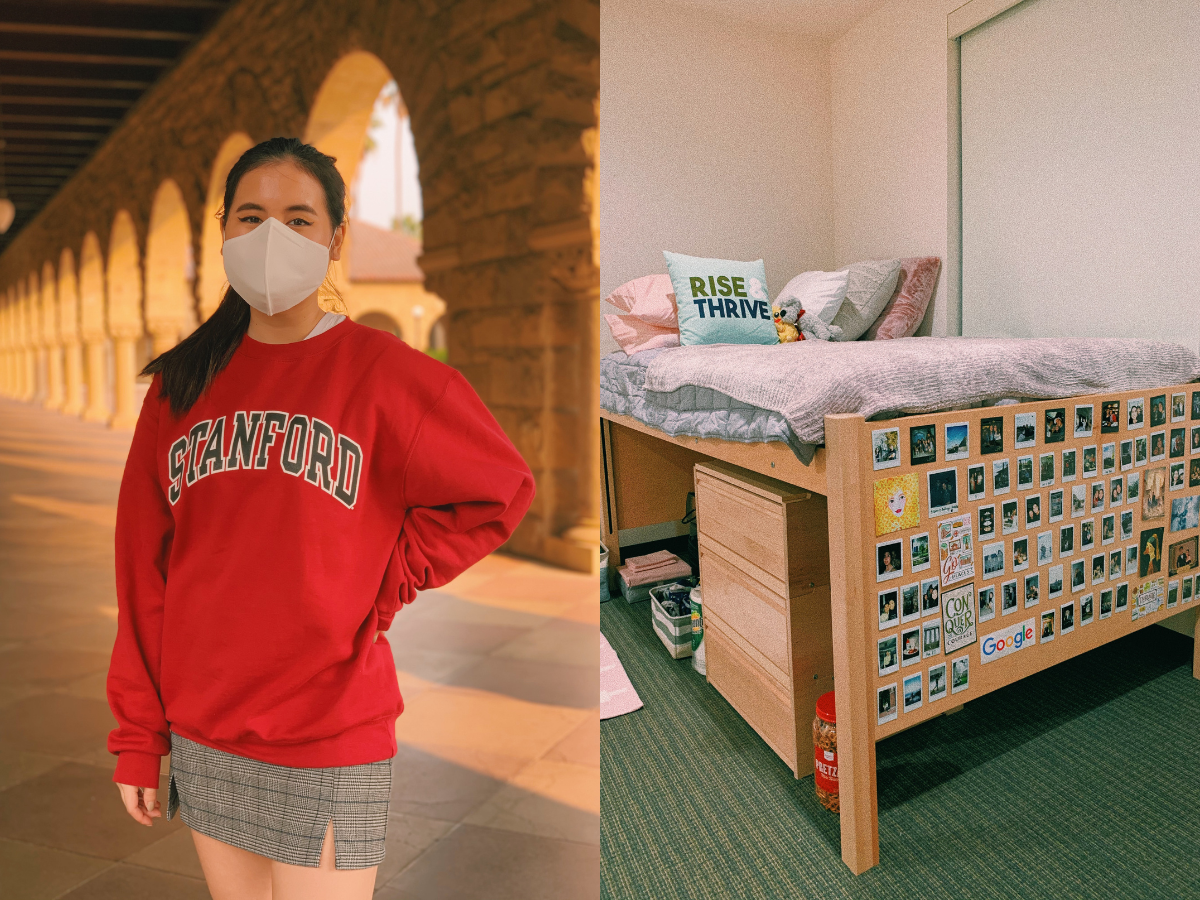 “When I was a senior in high school … I honestly looked forward to socialisation, parties, large gatherings,” Audrey Pe told Insider. But that’s no longer the case.

Pe is one of the few living on campus at Stanford University. It’s only open to students with specific circumstances, like Pe, an international student from Manila, Philippines.

Friday nights are relatively calm, she said. She’ll typically grab dinner from the dining hall with a friend and find a spacious picnic table to chat over food.

If she’s lucky, the dining hall will be serving her favourite: fried shrimp. If not, she’ll settle for a fish sandwich or guacamole and chips.

After, she’ll join her suitemate for a lowkey evening. They might go on a jog or watch a movie together.

Before bed, Pe completes her nighttime routine. She does her skincare routine and turns on her nighttime playlist, ‘Get Some Rest.’ “At the end of the day, I always look forward to unwinding and being alone,” she told Insider.

Pe said that during her first month of college, she felt tiredness she hasn’t felt in a long time, mostly due to meeting lots of new people.

But she’s had the nighttime routine since high school, and she’s sticking with it. “It’s keeping me sane,” she said.

If you’re a teacher, student, or parent who wants to share their story on what it’s like to go back to school right now, get in touch at