Chinese social-media platform WeChat saw spikes in the terms 'coronavirus,' 'shortness of breath,' and 'SARS,' weeks before the first cases were confirmed, a study suggests GettyA man wears a mask while walking in the street in Wuhan, Hubei province, China.

The paper, released in February, analysed the prevalence of the terms “SARS,” its Chinese equivalent “Feidian,” “coronavirus,” “shortness of breath,” “dyspnea,” and “diarrhoea” in posts and searches on WeChat from November 17 to December 31. Their findings suggest “abnormal spikes and increases” in the usage of all the keywords during that time.

The paper is still undergoing peer review, but if its findings are confirmed, they would provide further evidence that the coronavirus started circulating weeks before the first cases were officially diagnosed and reported. Other preliminary studies have also traced the likely date of the earliest infection to early December or mid-November.

An inconsistent timeline of coronavirus cases

The first cases of the novel coronavirus were reported in Wuhan, China at the end of December. The virus has infected nearly 850,000 people and killed around 42,000. (For live updates, follow Business Insider’s coronavirus coverage here.)

The coronavirus is a zoonotic disease, meaning that it jumped from animals to humans. Researchers think the virus originated in bats, and its spread has been linked to a wet market in Wuhan.

But the precise timeline is still unclear. One paper published by Chinese researchers in The Lancet analysed the first 41 clinical cases and found that the first patient came down with flu-like symptoms on December 1.

According to Chinese government data reviewed by the South China Morning Post, officials traced the first known case of the novel coronavirus to a 55-year-old man in the Hubei province who got it on November 17. That data is not yet public, however. 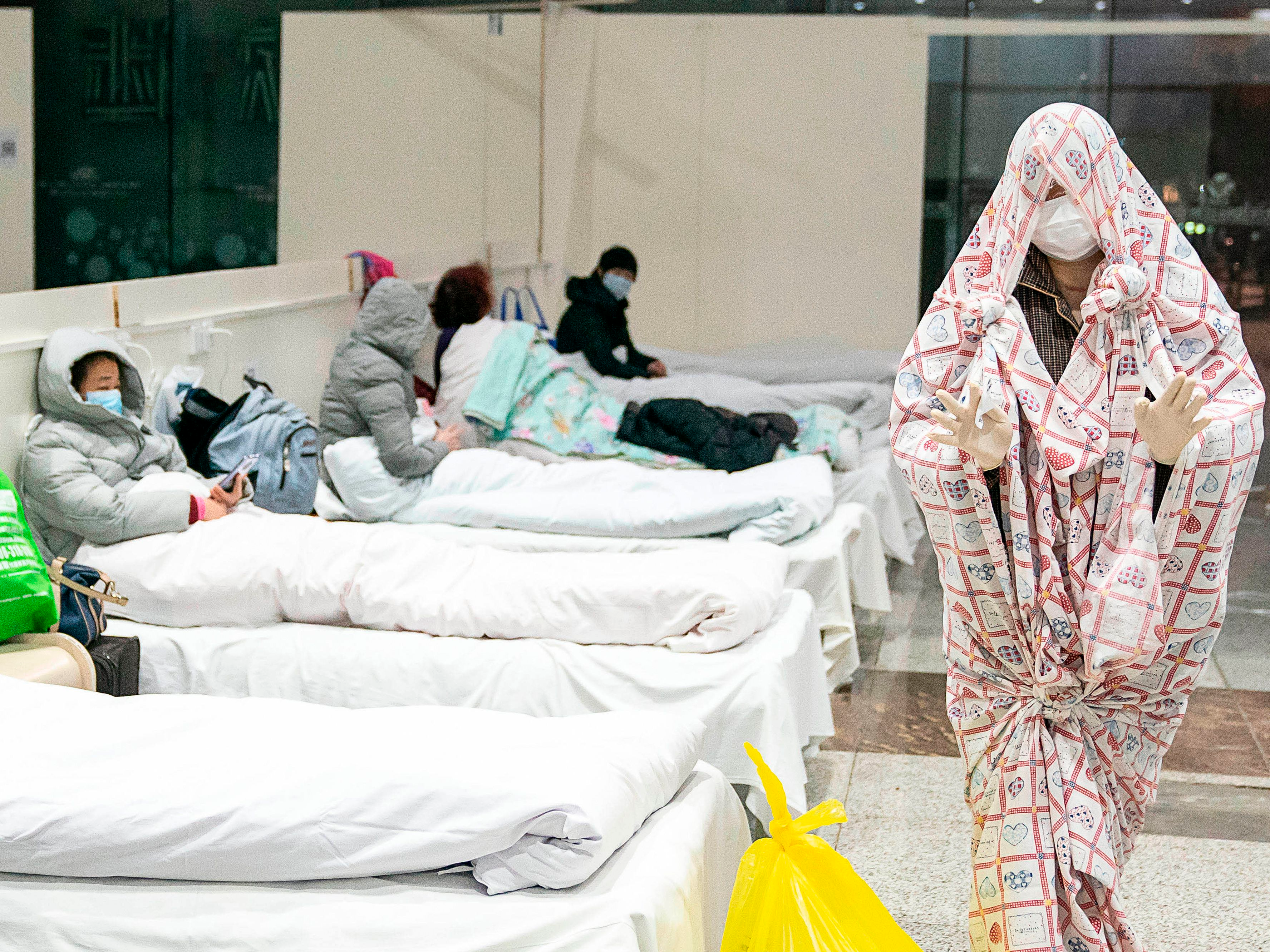 STR/AFP/Getty ImagesAn exhibition centre converted into a hospital in Wuhan on February 5, 2020.

The WeChat analysis relied on an open-source index of posts from the platform, and also used an index of searches from China’s primary search engine, Baidu.

“The index for SARS behaved abnormally in the first three days in December with a peak on December 1, 2019,” the report says.

Usage of “Feidian,” meanwhile, began to rise on December 15 and stayed at relatively high levels through December 29. Usage “rose rapidly on December 29, 2019 with a peak on December 30, 2019,” the researchers wrote.

December 30 was the day that Dr. Li Wenliang, an ophthalmologist at a Wuhan hospital, shared a note with fellow medical-school alumni about a SARS-like illness that had stricken several patients. Police later made Li sign a letter acknowledging that he was “making false comments.” He contracted the coronavirus and died about a month later.

The World Health Organisation and Chinese Centre for Disease Control and Prevention first confirmed cases of the new coronavirus in Wuhan on December 31.

‘Chinese physicians are alert to SARS’

The Chinese population is especially attuned to illnesses that resemble SARS, the researchers wrote.

“Of these keywords, Feidian is especially worthy of attention,” the report says. “In 2003, the SARS outbreak caused mass panic among people in China and approximately half of the victims were health care workers. Since then, Chinese physicians are alert to SARS and similar diseases.”

The researchers added that if Chinese doctors were to see a cluster of patients with symptoms of viral pneumonia, it would be natural for them to think of SARS and mention Feidian on WeChat.

They emphasised, however, that correlation is not causation.

“Whether there was an inner link between the word activity in WeChat and early patients is unknown,” the authors wrote.

What’s more, any analyses of trending terms in China is complicated by the fact that the Chinese government censors the country’s internet and social-media platforms for “sensitive issues.” According to a report from the University of Toronto’s Citizen Lab research group, the Chinese government started to censor words such as “Unknown Wuhan Pneumonia” and “Wuhan Seafood Market” on YY, a Chinese live-streaming platform, as early as December 31.

A new type of medical surveillance

Despite lingering questions about the observed WeChat trends, the researchers suggest their study demonstrates a way in which social-media keyword usage could be a medical-surveillance tool.

“Future studies can prospectively gather and analyse data from WeChat to early detect SARS-CoV-2-like outbreaks as well as outbreaks of other diseases in China,” they wrote. (SARS-CoV-2 is the clinical name of the coronavirus.) “Tracing the source of keywords that behave abnormally in frequencies in WeChat, following rapid response, may become a promising approach to control a disease outbreak in its very early stage.”

Currently, the Chinese government relies on a countrywide medical-surveillance system created after the SARS outbreak to catch emerging diseases.

When a cluster of patients with the same pneumonia-like symptoms came to Wuhan hospitals in December, medics entered their locations, demographic information, and infection statuses into that database. When the system finds a higher-than-normal rate of illness in a particular region, that tells government analysts and officials to take a closer look and perhaps order additional tests. Raina MacIntyre, head of the biosecurity-research program at Sydney’s Kirby Institute, told Business Insider that many countries have less robust medical-surveillance systems, however.

“Some countries have fewer resources and more rudimentary systems, which can result in delays and missed outbreaks,” she said. “One way to overcome this is to use rapid epidemic intelligence from open-source data such as social media and news feeds.”