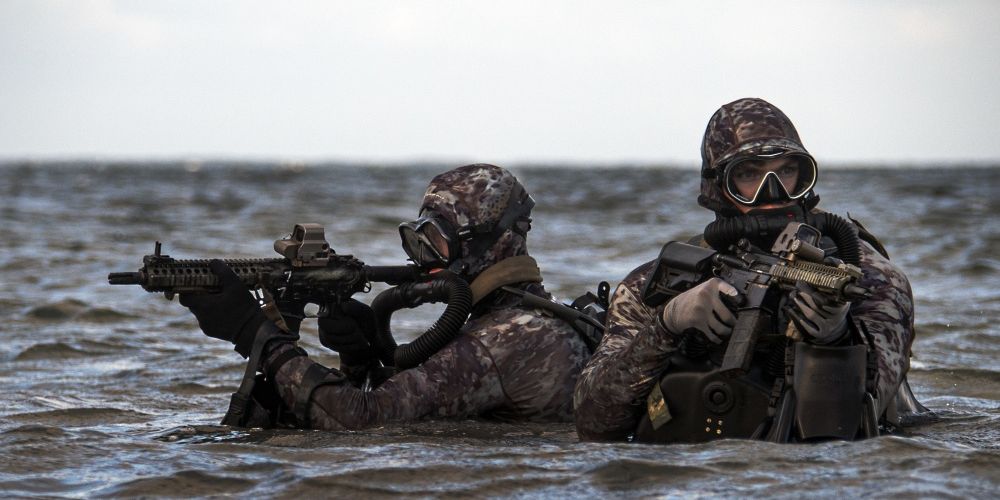 “People are more important than hardware.”

This is one of the five special-operations truths. It’s not the gear that makes an operator special â€” it’s their mentality, training, and personality traits.

That being said, special operators field some state-of-the-art weapons that allow them to dominate any battlefield scenario they might encounter. 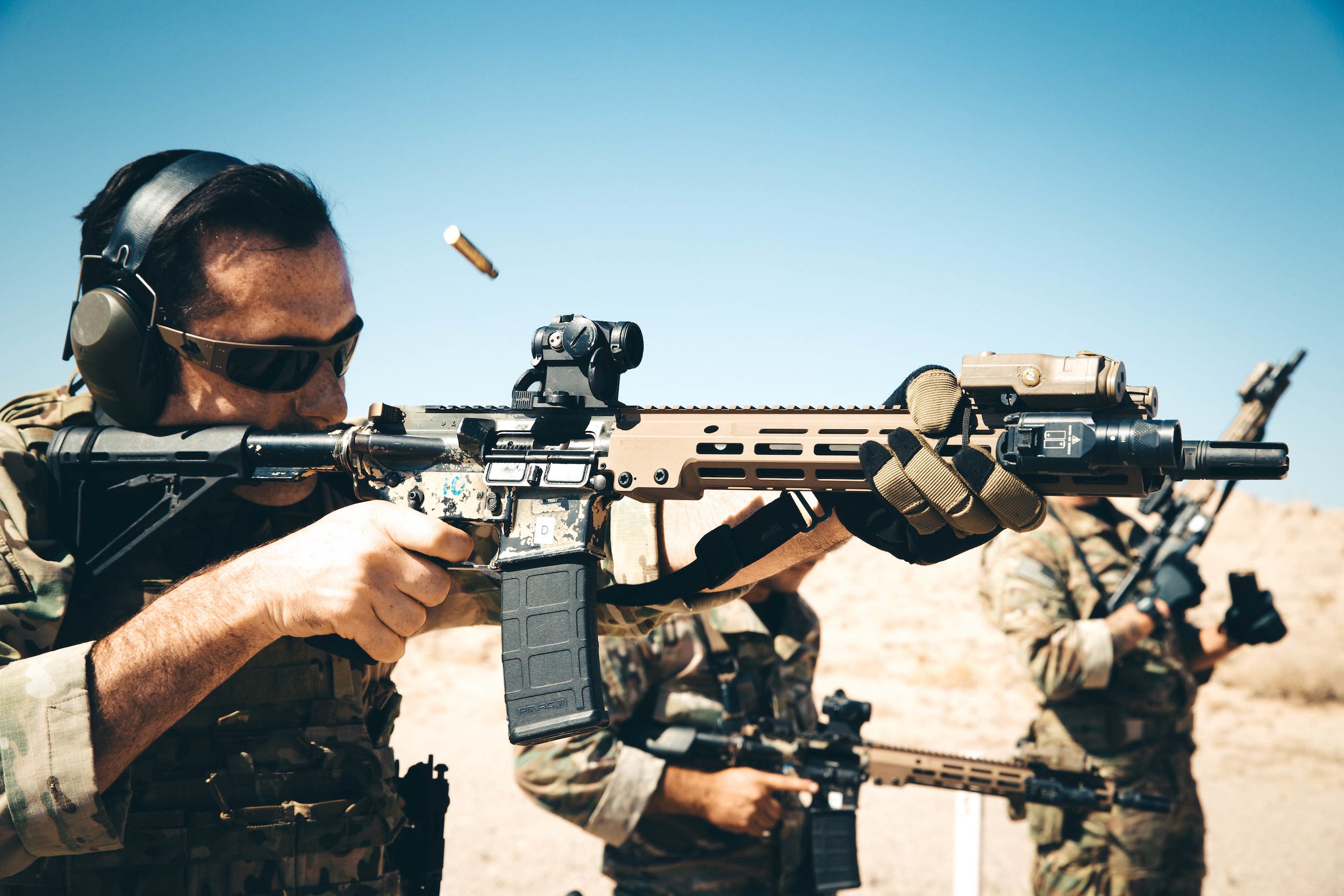 US Special Operations Command’s standard-issued rifle is the M4A1 with the SOPMOD II upgrade, which adds a variety of accessories to the rifle, such as rails, lasers, scopes, magnifiers, and grips. Many special operators, however, are free to customise their rifle as they see fit.

The MK18 variant is also commonly seen in special-operations armories. This shorter version of the M4 was designed for close-quarters fighting and is extremely reliable.

Additionally, the HK416 is a favourite of Delta Force and the Naval Special Warfare Development Group (DEVGRU), also known as SEAL Team 6. The weapon is designed around the AR-15 platform but with some significant changes. It was a special collaboration between Delta Force and Heckler & Koch and was also used by the SEALs who killed Osama bin Laden.

American commandos, especially the SEAL Teams and Rangers, briefly fielded the FN SCAR because of long-range engagements in Afghanistan.

The SCAR, which was specifically designed for special-operations units, promised one platform for all jobs since operators could change barrels according to the situation. But the weapon never really became popular because of its inefficient design and tendency to malfunction. 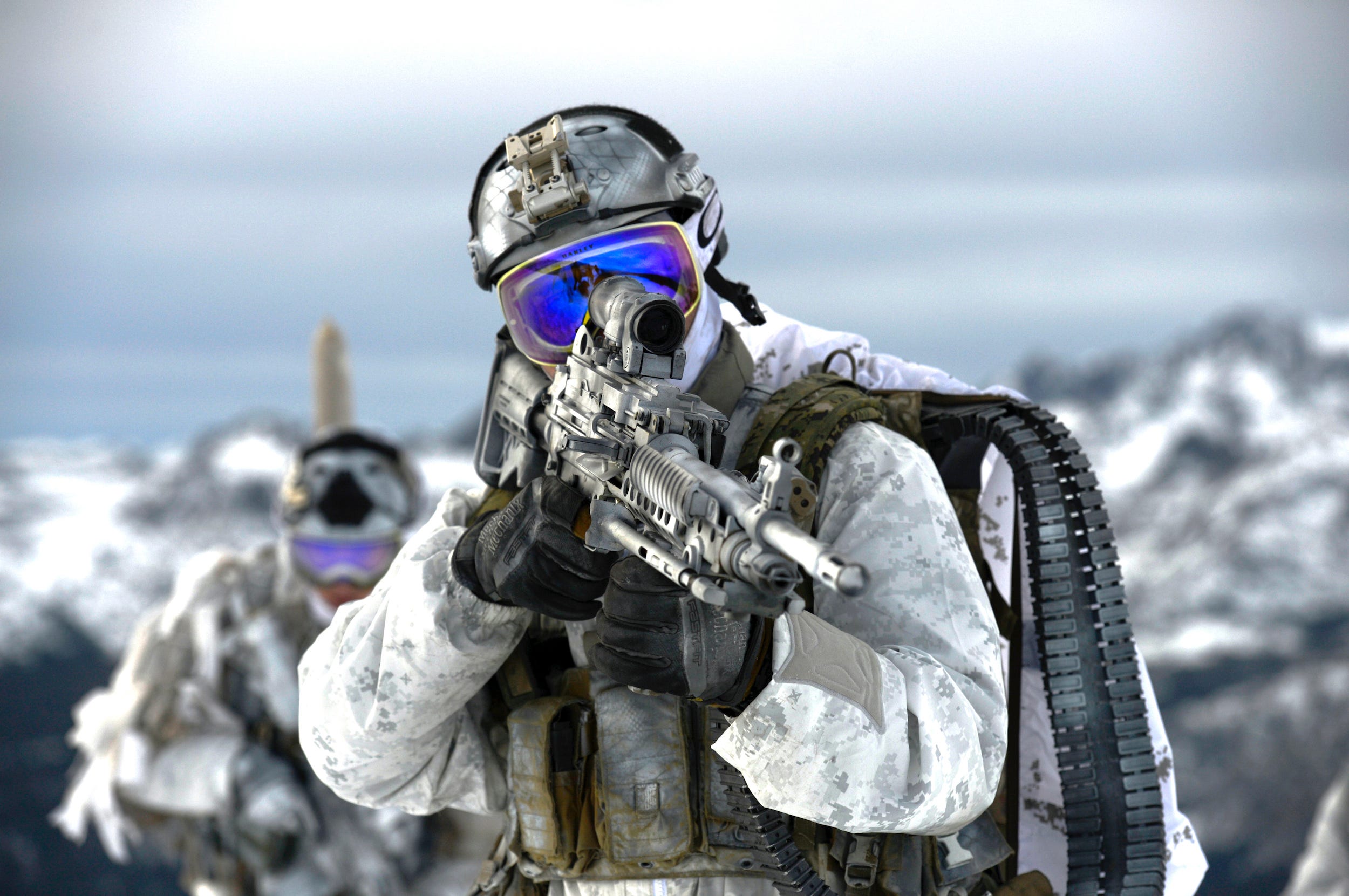 The machine guns of choice for US special-operations units are the MK46 and MK48.

The former is chambered with the 5.56 mm round and offers a lighter and more portable option, whereas the latter, firing the 7.62 mm round, is heavier but packs more punch. Both weapons are reliable and have trickled down to conventional units because of their effectiveness.

Given their small numbers, special-operations units rely heavily on firepower to overcome a usually numerically superior enemy. Firepower that is disproportionate to their numbers makes special operators exceptionally lethal and effective on the battlefield. Firepower superiority gives special-operations units a short and local advantage that often translates to victory. 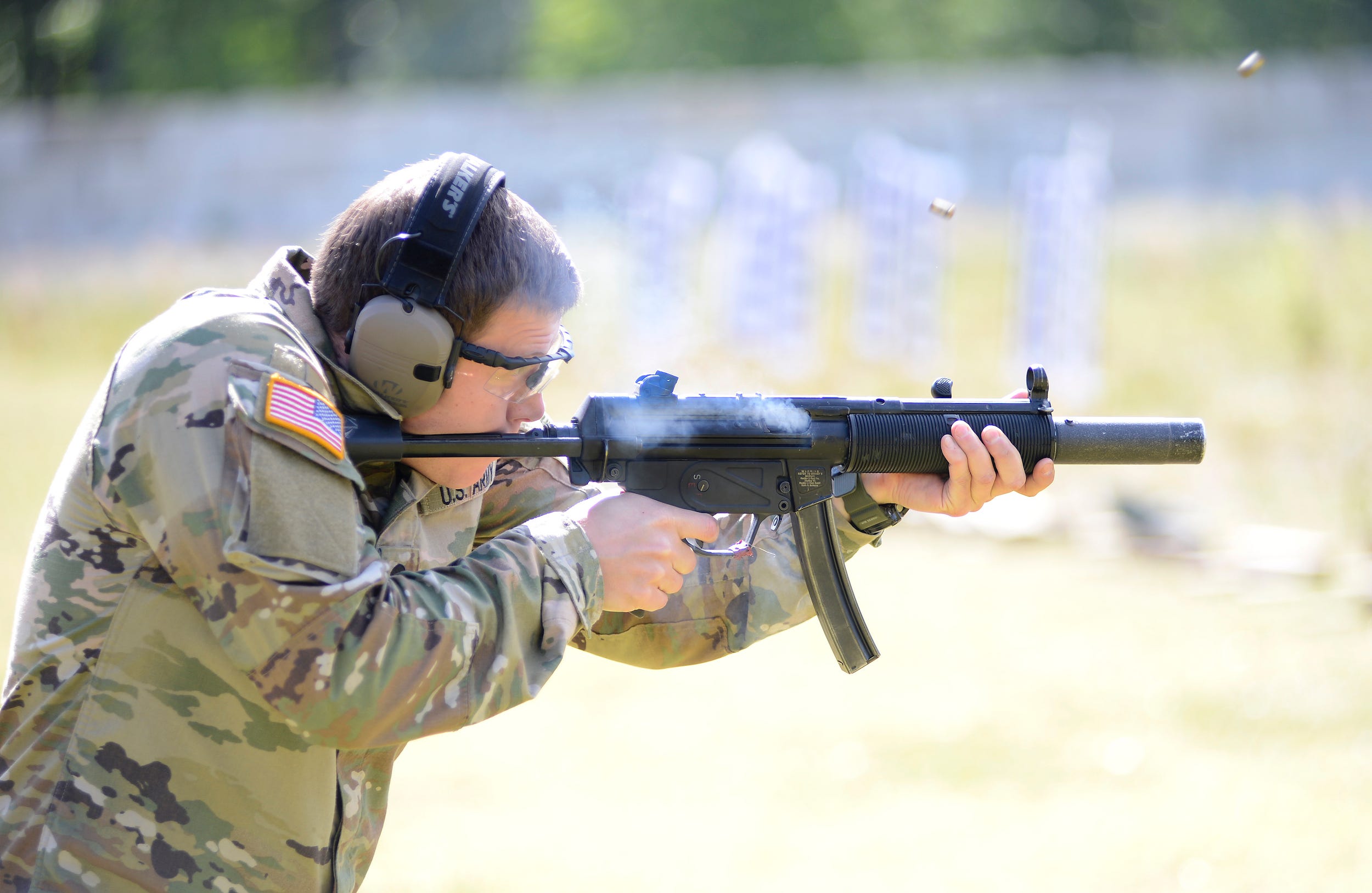 Often, special operators will find themselves in a Close Quarters Battle (CQB) setting. Room-to-room combat is both an art and a science that requires years of practice to master. It’s mainly their top-notch CQB skills that distinguish Delta Force and SEAL Team 6 from the rest of America’s special-operations units.

“When one does CQB, one must remember that it is often not necessarily based on short distances,” Eli Fieldboy, a former Israeli special-operations soldier who now teaches CQB, told Insider. “One second you could be clearing a 4-by-4-metre office room, and seconds later you can find yourself in a 50-metre long hallway, a long street, or in need to shoot from a window to the outside of a building.”

In the early years of CQB and the Global War on Terror (GWOT), it was quite common for units to have a different weapon platform for each mission. The SEAL Teams, for instance, used the MP5 when clearing the claustrophobic rooms in ships but the CAR-15 and M4 for direct action missions in other environments.

Although that encouraged adaptability, it came at the cost of consistency. It’s better to train with the same platform for all scenarios.

“I think the SIG Sauer MCX LVAW offers a pretty solid and versatile functionality,” Fieldboy explained. “Chambered with the 5.56 round, compact, and short with a 6.5-inch barrel, the weapon offers an all-around, comfortable package that’s not only very mobile and easy to pack or carry but also still relevant for a variety of distances up to 200 meters.” 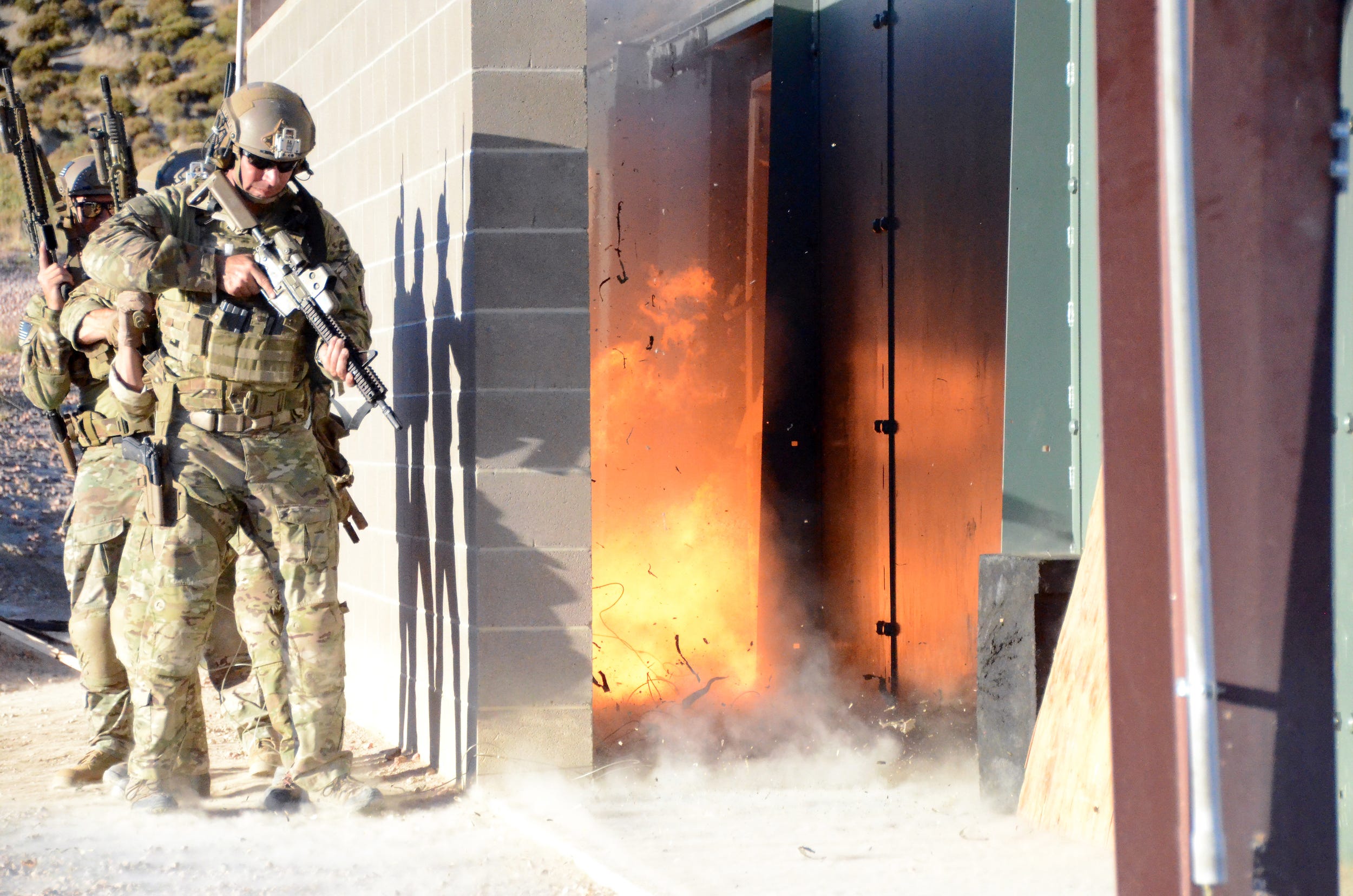 In addition to rifles and machine guns, during a mission commandos will carry an assortment of other equipment, such as breaching materials, night-vision goggles, anti-tank missiles, grenade launchers, vests, first aid kits, knives, watches, GPS devices, helmets, belts, slings â€” you name it.

Breachers, in particular, pack an assortment of gear depending on the target and its potential defences, from simple door charges to blast off doors to shotguns to hooligan tools to chainsaws to blowtorches.

In the 1990s, when Delta Force was tasked with countering nuclear proliferation, it set up a heavy breaching unit with members who were trained and equipped to tackle hardened bunkers and vaults that might contain nuclear weapons.

Although loadouts vary per unit, team, and individual, this is what a Delta Force five-man team might carry for a direct action mission: HK416 rifles with a total of 1,500 rounds, Glock 17 or 21 or M1911 pistols with 425 to 500 rounds, a MK46 or 48 machine gun with 800 to 1,000 rounds, flash-bang and fragmentation grenades, and perhaps even a grenade launcher.

Quite a punch indeed.