9 mistakes you're making when using your air fryer 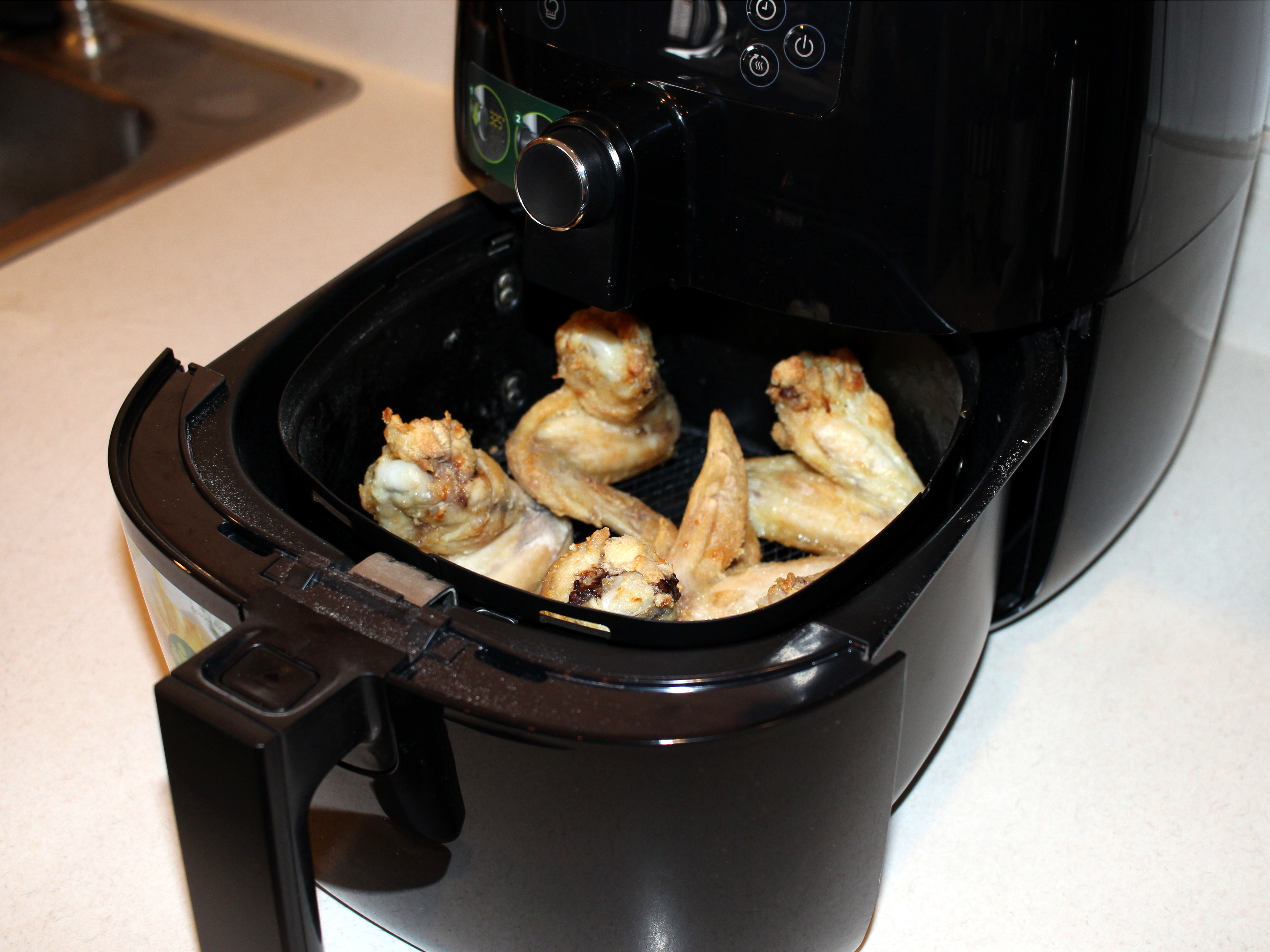 iStockThere are a lot of things you can cook in an air fryer.

Air fryers are becoming an increasingly popular appliance found in millions of kitchens around the globe. This small device is likely popular because it has the ability to brown and crisp food without oil.

Plus, this appliance can do more than just fry. It can also heat up and even cook a wide variety of foods. But to achieve perfectly browned fries or crispy chicken wings, you’ll want to know how to properly use your air fryer.

Here are some common mistakes you could be making when using your air fryer:

You’re overcrowding the basket of your air fryer. 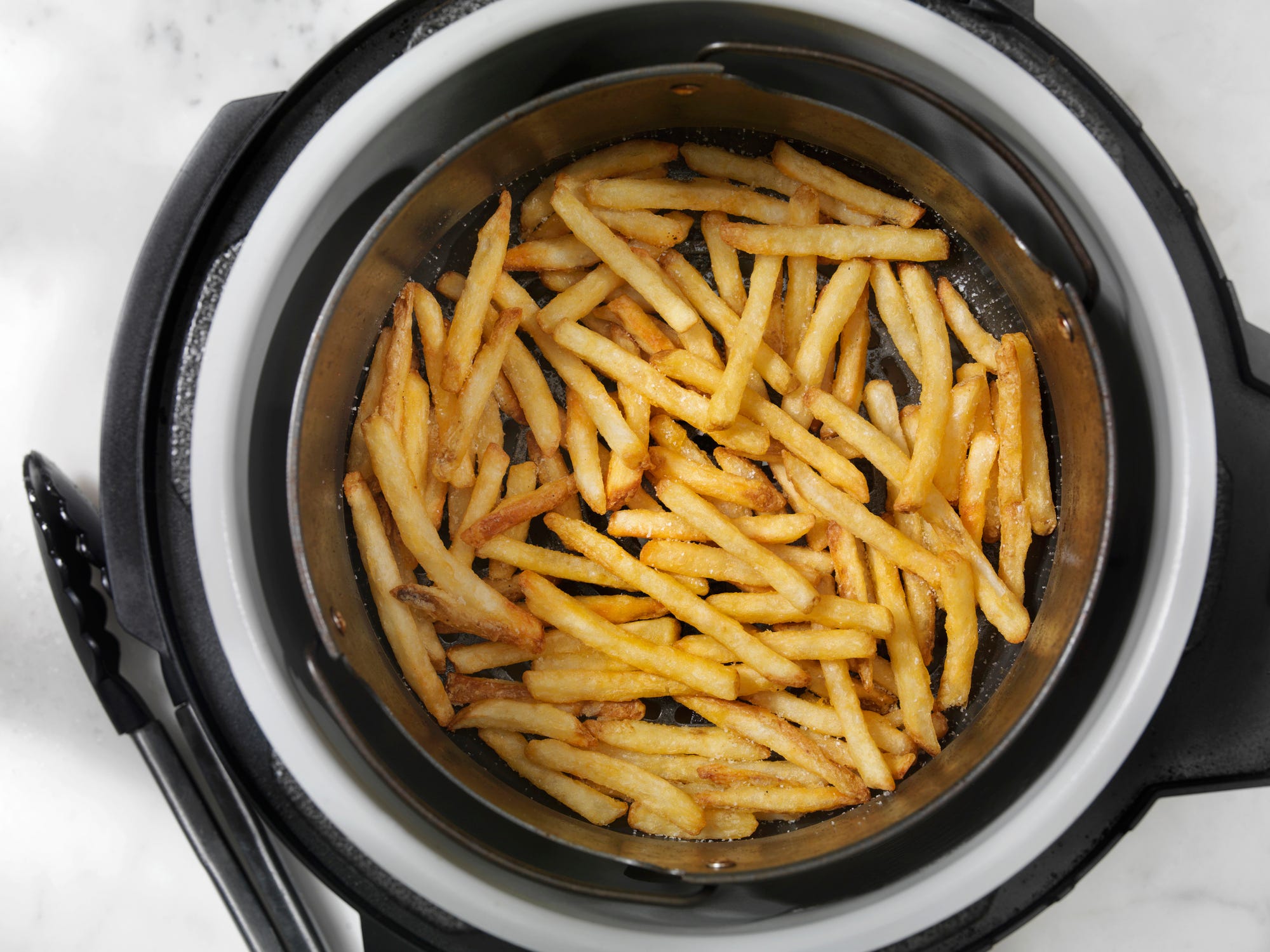 Though it’s tempting to place all of your ingredients in the air fryer at once in hopes of quickly reheating or cooking your food, you really want to avoid overfilling the air-fryer basket, said Byron Puck, chef at Wolfgang Puck Fine Dining Group.

“Since it functions as a convection oven by rotating hot air around the basket, you want to give room for each ingredient to have this air hit it on all sides,” Puck told Insider.

You’re not patting your proteins dry before putting them in the appliance.

ShutterstockDry the surface of your meat before putting it in the air fryer.

Another way to avoid soggy food is to make sure that the surface of your food is dry before you try to fry it, said Dan Zuccarello, executive food editor at America’s Test Kitchen.

“A dry surface browns more quickly than a wet one since moisture on the surface will steam,” he said. So you’ll want to pat meats and some vegetables with paper towels before cooking them.

You aren’t cleaning your air fryer properly or often enough. 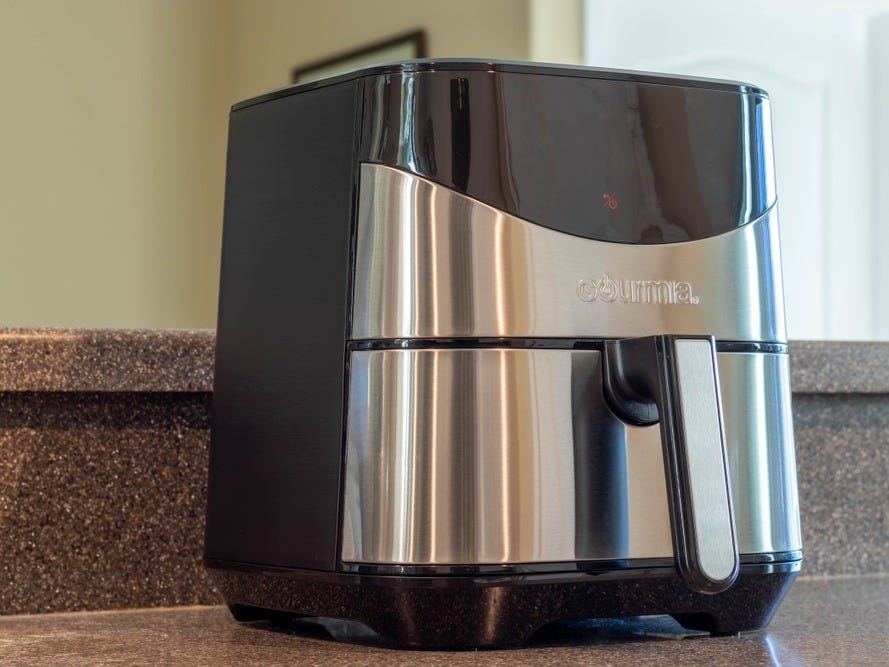 ShutterstockYou can scrub your air fryer basket in the sink.

It’s essential that you clean your air fryer, especially if you use it frequently.

Between recipes or when you cook something particularly messy, you’ll want to give all of the removable parts of your air fryer a thorough wash. Fortunately, many air-fryer parts are dishwasher-safe.

And, on occasion, you should clean the main body of your air fryer to remove grease and food splatters, which can build up and cause the fryer to emit smoke, Zuccarello said.

By not cleaning your air fryer in between recipes, you could be imparting unwanted flavours and pieces of food from your previous dish onto your latest meal, added Puck.

You forget to preheat your air fryer. 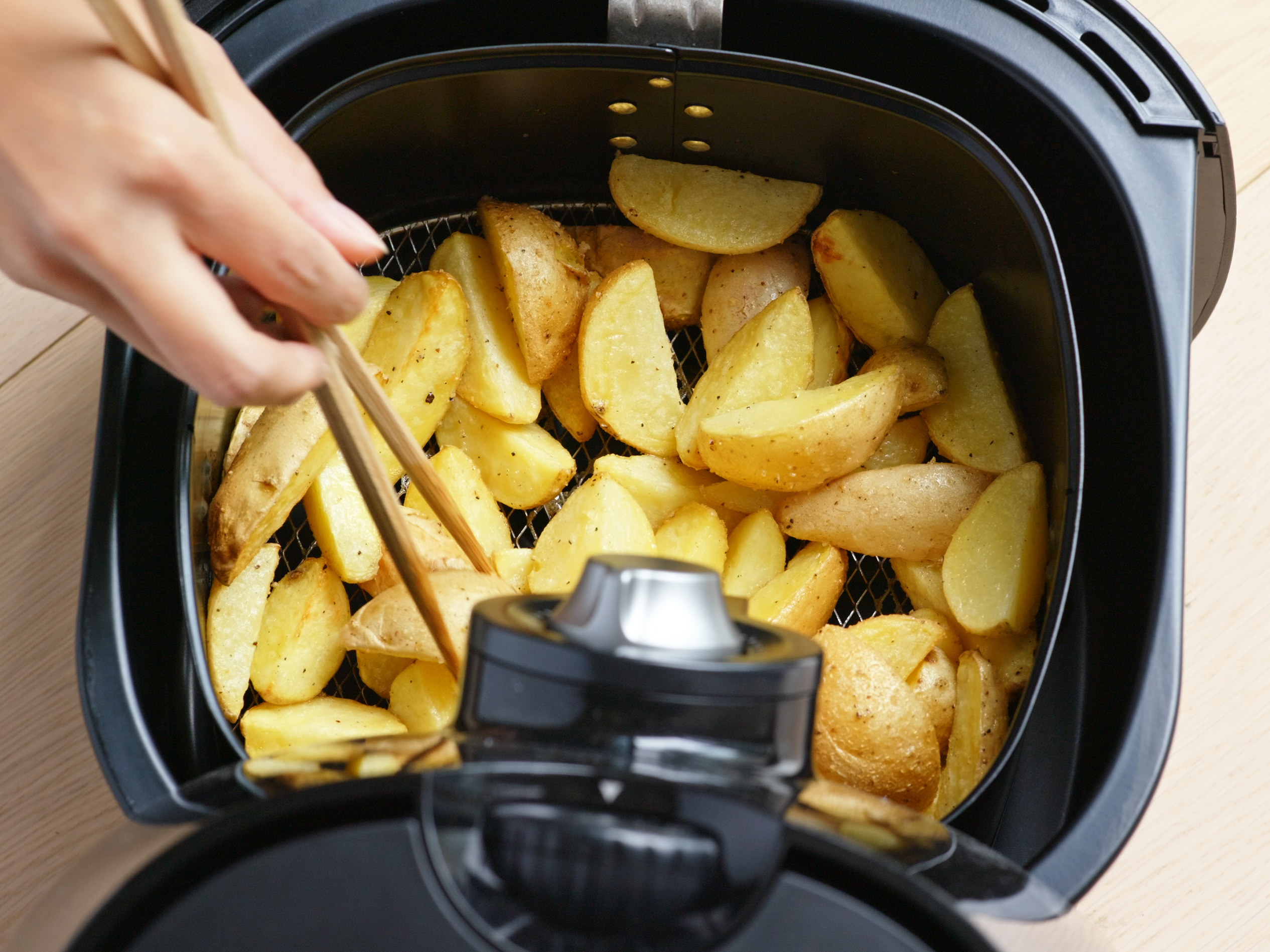 Forgetting to preheat your air fryer can result in undercooked food. For optimum cooking, set the air fryer to the appropriate temperature a few minutes before placing your food in the air-fryer basket.

This will allow your food to cook evenly at the correct temperature.

You’re only using it to make fried foods. 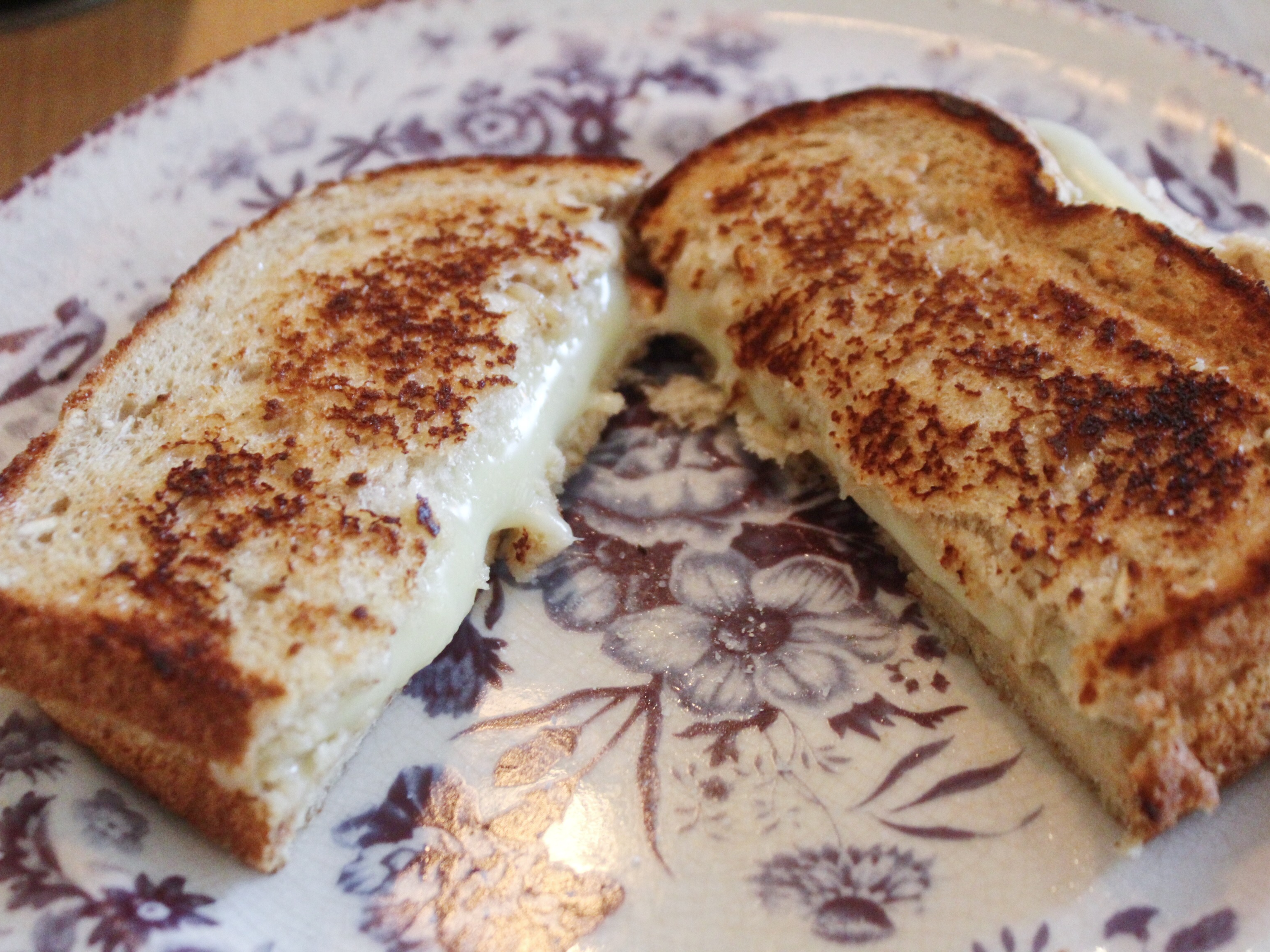 Erin McDowell/InsiderYou can make grilled cheese in an air fryer.

“People often forget it’s also a countertop convection oven, meaning you can cook and bake so much in it aside from just fried foods,” Puck told Insider.

You can use your air fryer as a mini convection oven to make quick and easy dinners like chicken breasts or pork chops, cook small roasts, or reheat your leftovers, said Kenzie Swanhart, culinary director at Ninja, cookbook author, and food blogger.

You don’t rotate your proteins while they are cooking. 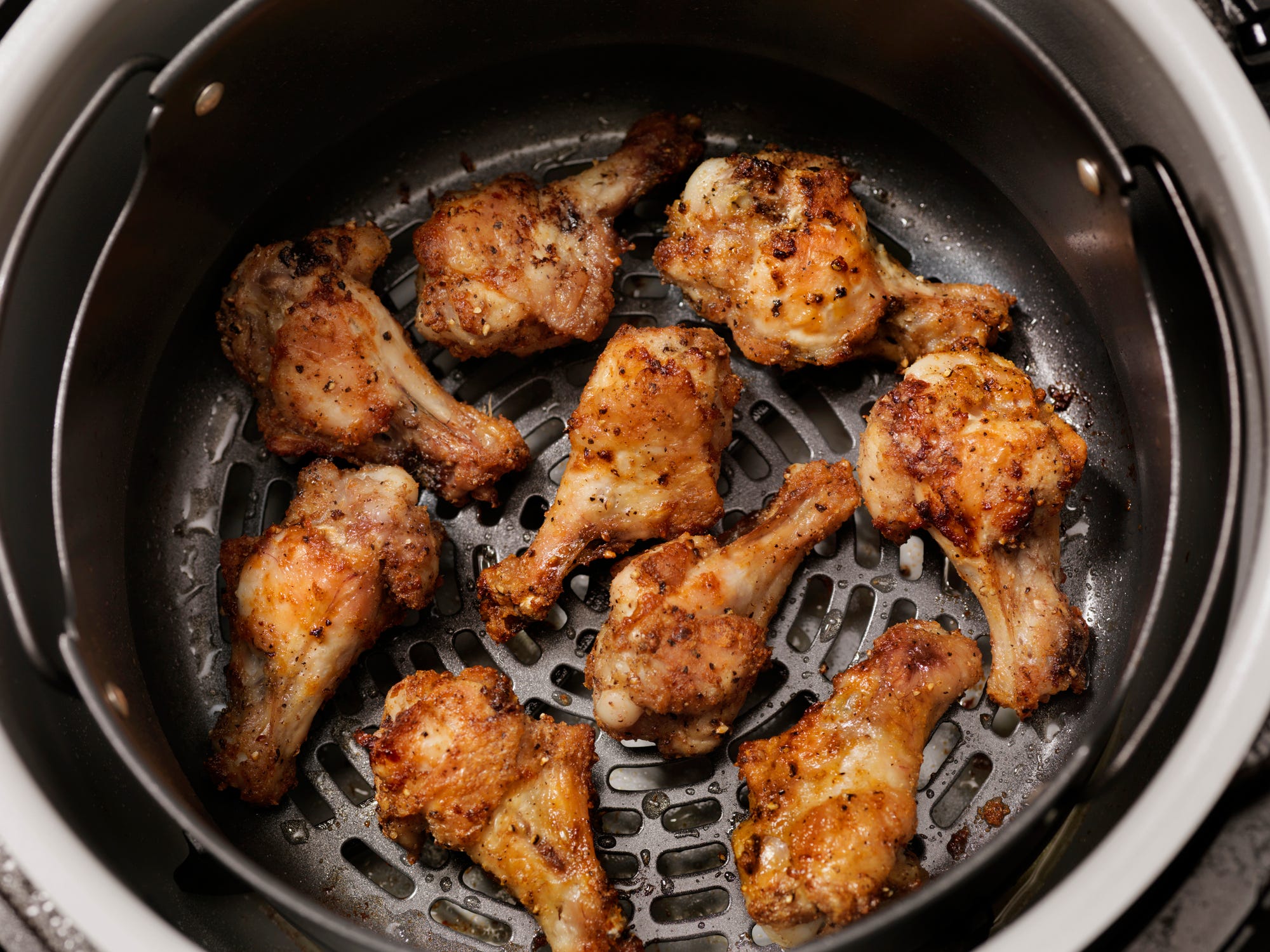 iStock / Getty Images Plus / LauriPattersonAlways rotate your chicken when you cook it.

Another common air-fryer mistake is not rotating your proteins, said Zuccarello. Flipping your protein halfway through cooking will give you an evenly cooked final dish.

And for proteins with uneven thickness, such as pork tenderloins or fish fillets, fold the thinner “tails” underneath to create a more uniform size and ensure even cooking, he said.

You don’t move your vegetables around while you’re frying them. 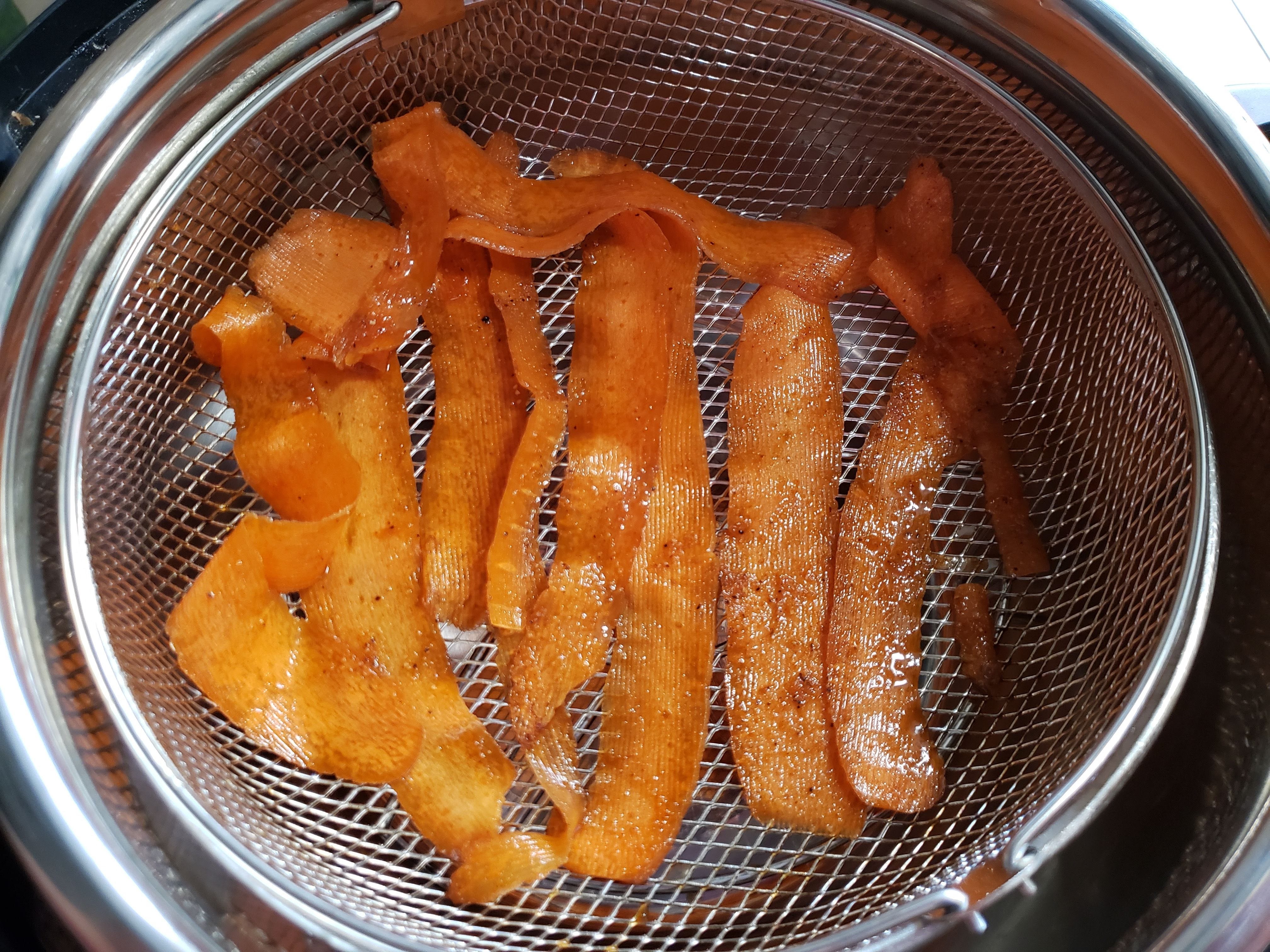 Janaki Jitchotvisut for InsiderMove your veggies so they cook evenly.

You’ll want to periodically move your vegetables around when cooking them in an air fryer, Zuccarello told Insider. He said vegetables will get more browned if you toss them halfway through cooking them.

Zuccarello said that it can be useful to toss small cuts in a separate bowl.

Using a bowl also makes it easier for you to add seasonings to your dish part-way through cooking, he added.

You’re not using your air fryer for baking. 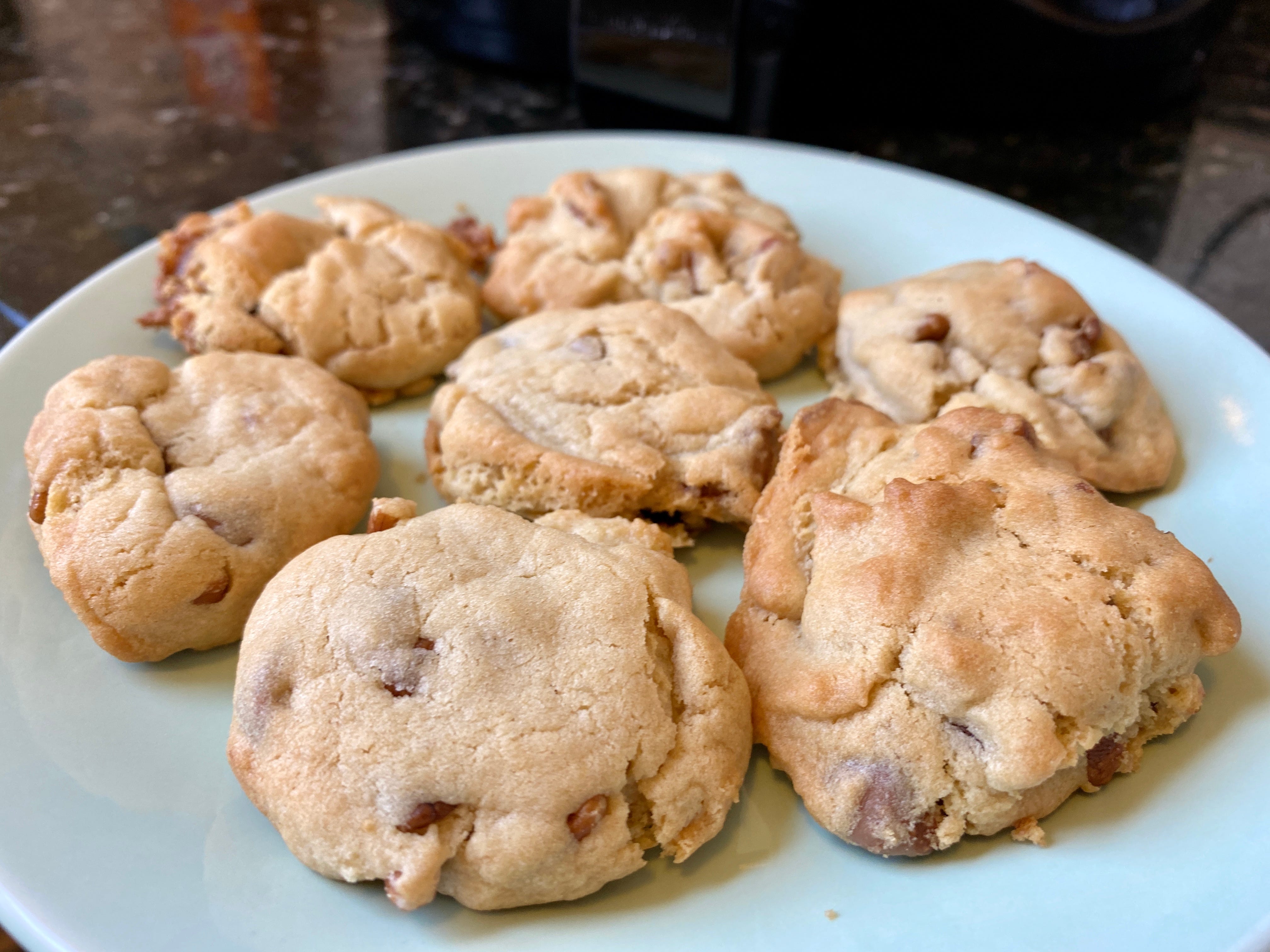 Chelsea Davis for InsiderYou can make cookies in an air fryer.

Puck said air fryers are also great for baking desserts. “If you are looking to make a beautiful homemade dessert, the air fryer is perfect for baking doughnuts, casseroles, and even cakes,” Puck told Insider.

Before using your air fryer to make desserts, just be sure that the appliance is as clean as possible so that you don’t impart any unwanted savoury flavours into your sweets, Puck added. 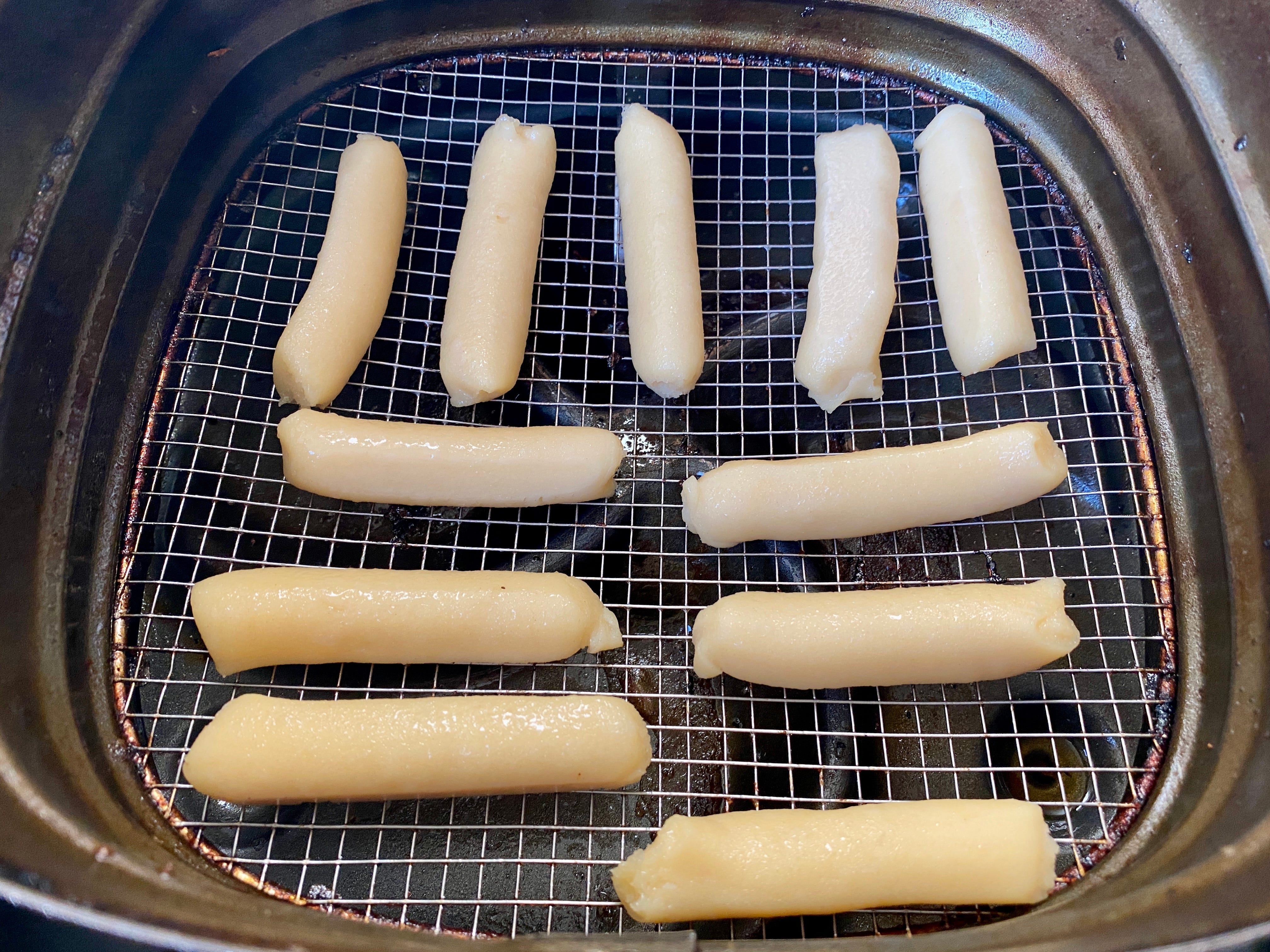 Chelsea Davis for InsiderTossing food in oil before popping it in the air fryer isn’t always a bad idea.

Although you don’t need oil to use an air fryer, you shouldn’t be afraid to use a bit to coat certain foods, as it can help make them crispier.

Cooking without any oil may sound appealing but fat is what promotes browning and can help food crisp up and just adding a small amount of oil to food can greatly improve your results, Zuccarello told Insider.

“A lot of folks think that because air fryers are a healthier way to fry food, they don’t need to use any oil,” Swanhart said. “I always recommend using about a tablespoon of oil [to] evenly coating your food before air frying.”

10 of the best air fryer tips and tricks to follow, according to chefs