In 49 starts between Barcelona’s pipes, goalkeeper Víctor Valdés registered 20 clean sheets and boasted a .713 save percentage and just 0.89 goals against per 90 minutes through the 2008-2009 La Liga season.

The Spanish international stayed with Barca for five more seasons before departing for English Premier League powerhouse Manchester United. He stayed there for just one season before joining Middlesbrough and retiring shortly thereafter. In May of 2020, Valdés took over as head coach of UA Horta, a fourth-division team in the Spanish football system.

A legendary right back for the club, Dani Alves contributed five goals and 12 assists in 42 starts through the 2008-2009 season while consistently locking down opposing strikers on the back line.

Alves has earned eight FIFPro World XI nods in his illustrious career and, in 2019, became the most decorated player in the history of the sport when he picked up his record 43rd trophy. He departed Barcelona for Juventus in 2016 and later spent two seasons with Paris Saint-Germain before landing with São Paulo of Serie A in 2019.

French international Éric Abidal played left back for Barcelona during their spectacular run through the 2008-2009 season. He earned 28 starts for the club, though suspensions left him off the pitch for the deciding matches of both the Copa del Rey and the Champions League that year.

Abidal stayed with Barca until 2013, but the latter half of his career was interrupted by his diagnosis with a liver tumour and the subsequent liver transplant he endured. He spent a few more seasons with French club Monaco and Greek side Olympiacos before retiring from professional play. He rejoined Barcelona as director of football during the summer of 2018 but once again parted ways with the club in August 2020.

A longtime captain for Barcelona, Carles Puyol was an essential leader in his 34 starts at centre back during the team’s historic run in 2008-2009.

Puyol – a native of Catalonia – spent his entire professional career with Barça. He retired in 2014 and served as an assistant to the club’s director of football until 2015. Four years later, he declined to onboard as Barcelona’s sports director.

At 21 years old, Gerard Piqué enjoyed his first season in Barcelona during the 2008-2009 campaign. The centre back, who came to the club by way of Manchester United, had two goals in 37 starts on the back line.

Xavi enjoyed one of his most productive seasons with Barcelona during the 2008-2009 campaign, in which he contributed eight goals and a team-leading 25 assists in 45 starts in the midfield. At the end of the year, the Spanish national finished third in Ballon d’Or voting behind teammate Lionel Messi and then-Real Madrid star Cristiano Ronaldo.

Xavi retired in 2015 as one of the best midfielders in the history of the game. He spent his entire career playing for Barcelona but has since become the manager of Al-Sadd, a club in the Qatar Stars League.

Dynamic star Yaya Touré was crucial to Barcelona’s historic efforts in 2009. Though he typically played midfield for the club, Touré was tapped to play centre back in the 2009 Champions League final when Barca’s usual backs were not available for the game.

Yaya departed Barcelona for Manchester City in the summer of 2010 and spent eight years with the Premier League side before heading to Olympiacos and Qingdao Huanghai. He trained with EFL League Two club Leyton Orient during the summer of 2020 while simultaneously preparing for a future coaching career.

Widely considered one of the greatest midfielders of all time, Andrés Iniesta had played for Barcelona’s senior team for six seasons prior to the club’s historic 2008-2009 campaign. He contributed five goals and seven assists in 36 games played.

Iniesta spent another nine seasons with Barça, even assuming the captaincy for a number of years before departing for Japanese club Vissel Kobe in 2018.

Samuel Eto’o came to Barcelona by way of Mallorca in 2004. Five seasons later – his final with Barca – the dynamic striker recorded a team-leading 34 goals and tacked on six assists en route to the first treble in Spanish club history.

Eto’o left Barcelona for Inter Milan before taking on a series of brief stints with various clubs, including Anzhi, Chelsea, Everton, and Antalyaspor, before retiring from professional football in 2019.

After spending the bulk of his career with Premier League side Arsenal, world-renowned striker Thierry Henry took his talents to La Liga in 2007. The Frenchman contributed 24 goals and 10 assists from the left wing during Barcelona’s historic 2008-2009 run.

Henry played a much more understated role on the team during the following season, and after that, he took his talents across the pond to MLS’ New York Red Bulls. He retired from professional soccer in 2014 and, after spending three years as a commentator, Henry began his coaching career. In November of 2019, he assumed the helm of MLS’ Montreal Impact after a brief stint as Monaco’s manager.

Though he was just 21 years old during Barcelona’s historic 2009 run, Lionel Messi was undoubtedly the team’s brightest star. After contributing 32 goals and 16 assists in his fifth season on the senior team, Messi won his first Ballon d’Or and FIFA World Player of the Year awards, the former he won by a then-record margin of 240 points.

Messi went on to enjoy one of the most storied careers in the history of professional football, adding a record five additional Ballon d’Or trophies, in addition to six European Golden Shoes, 10 La Liga titles, four UEFA Champions League titles, and six Copas del Rey – all with Barcelona. But in the summer of 2020, Messi declared his intention to leave the club after 16 seasons, leaving Barca in utter disarray.

Now check out just how much has changed over Messi’s illustrious career with Barcelona: 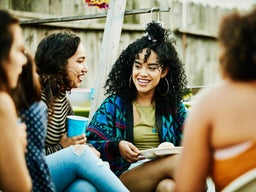