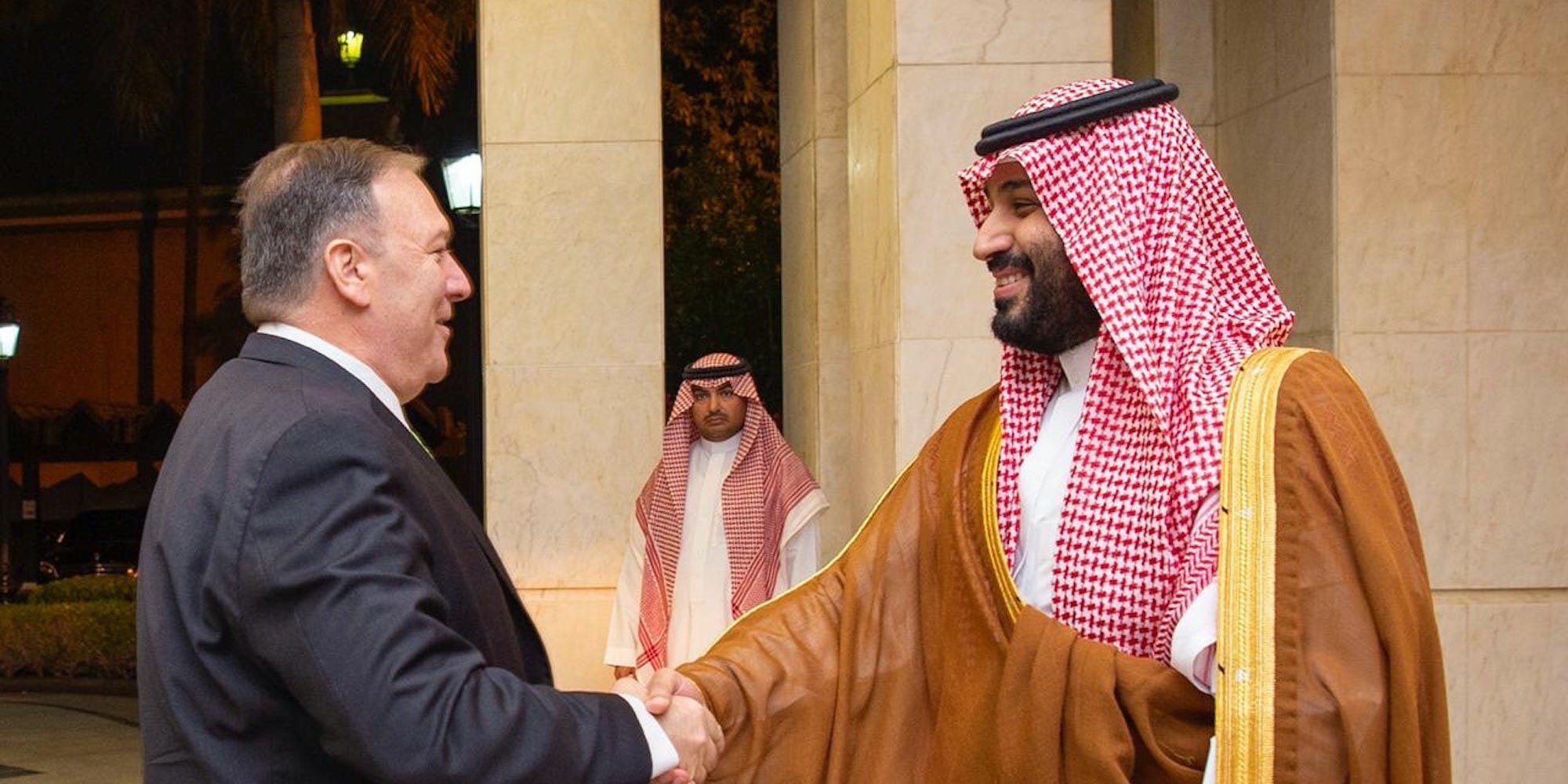 A State Department watchdog fired by President Donald Trump last week was close to finishing an investigation into Secretary of State Mike Pompeo’s decision to expedite an $US8 billion arms sale to Saudi Arabia, according to a top House Democrat.

“I have learned that there may be another reason for Mr. Linick’s firing,” Engel said in a statement to the Post. “His office was investigating – at my request – Trump’s phony declaration of an emergency so he could send weapons to Saudi Arabia.”

“We don’t have the full picture yet, but it’s troubling that Secretary Pompeo wanted Mr. Linick pushed out before this work could be completed,” Engel added.

The State Department did not immediately respond to a request for comment from Insider.

Linick was also reportedly investigating whether Pompeo made a staffer walk his dog and pick up his dry cleaning. House Democrats are looking into whether the investigations played a role in Linick’s ouster, but have not concluded if one inquiry played a bigger factor than the other, CNN reported. The firing has raised questions as to whether Pompeo has improperly used taxpayer funds.

Last May, the Trump administration fast-tracked arms sales to Saudi Arabia, the United Arab Emirates, and Jordan by declaring an emergency, citing the heightened tensions with Iran, circumventing congressional authority over arms sales.

Under the Arms Export Control Act, the State Department can issue an emergency declaration to sell weapons to other countries if it is determined that “an emergency exists which requires the proposed sale in the national security interest of the United States,” the New York Times reported last year.

“The reason the president may be interested in using this emergency power is because he knows his policy has gone off of the rails, and he knows Congress will … disapprove of this arms sale,” Democratic Sen. Chris Murphy of Connecticut, who sits on the Senate Foreign Relations Committee, told Insider of the move at the time.

“If Congress doesn’t stand up for its prerogative on the Arms Control Act, then we’ll permanently be out of the business of having influence on the president of who he sells arms to,” Murphy added. “If he does this it allows every president to … sell weapons to the Middle East without a check from Congress.”

Saudi Arabia has been involved in a bloody war with Iran-backed Houthi rebels in Yemen, which has catalyzed a humanitarian disaster. The Saudis have employed US-made bombs in the war, including in incidents that have led to civilian deaths.

There has been bipartisan criticism of US support for the Saudi-led coalition in Yemen, particularly after the brutal killing of Saudi journalist Jamal Khasshogi. Saudi Crown Prince Muhammad bin Salman, the architect of the conflict, is widely believed to have ordered Khashoggi’s killing.

In the past few weeks, The Trump administration has ousted several inspectors general, who are meant to conduct independent oversight of government agencies. All of the watchdogs who were removed appeared to have agitated the president in some way.

In a letter to House Speaker Nancy Pelosi on Friday announcing Linick’s dismissal, Trump said he “no longer” had full confidence in the State Department inspector general.

In a statement, Pelosi said Linick’s firing represented a “dangerous pattern of retaliation against the patriotic public servants charged with conducting oversight on behalf of the American people.”

“Inspector General Linick was punished for honorably performing his duty to protect the Constitution and our national security, as required by the law and by his oath,” Pelosi added.

Sen. Bob Menendez of New Jersey, ranking member of the Senate Foreign Relations Committee, and Engel sent a joint letter to the White House on Saturday demanding it provide all records pertaining to Linick’s firing to Congress by May 22.

In ousting Linick, Engel has accused Trump of attempting to protect one of his most loyal advisers, Pompeo, from accountability.