A Russian fighter slapped his opponent at a weigh-in ceremony, and the UFC boss Dana White blames himself 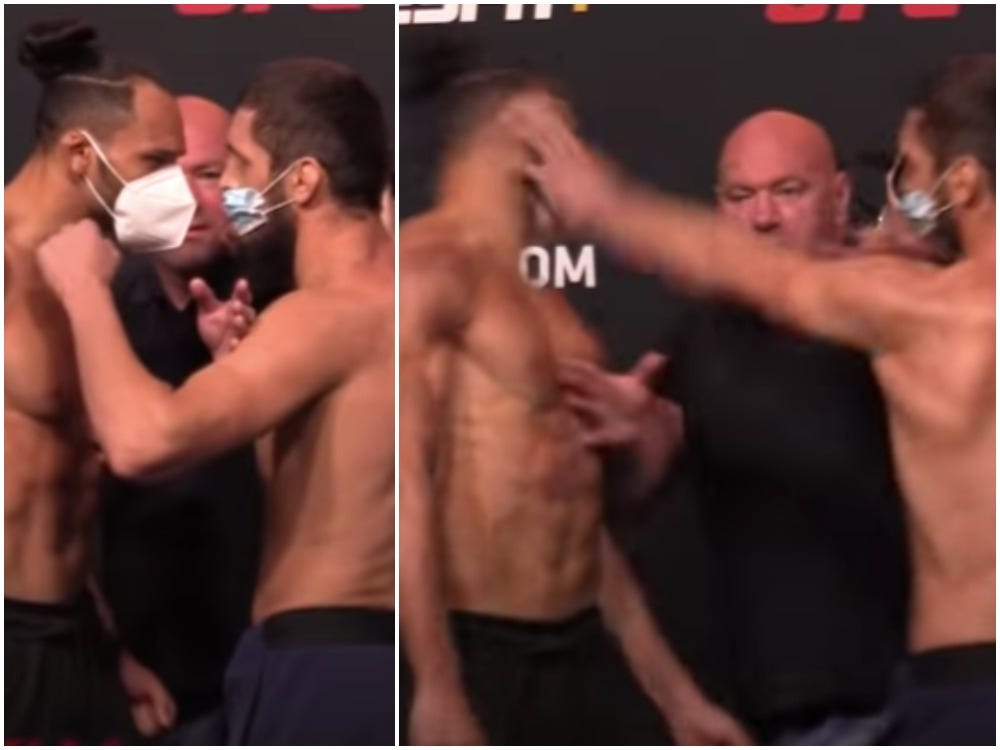 A Russian fighter slapped his opponent at a weigh-in ceremony on Friday.

It all went down at the UFC Apex in Las Vegas. Up until that point, everything seemed like it was going to plan. Fighters had made weight and would face-off against one another for the customary stare-down ahead of the behind-closed-doors UFC Vegas 9 event on Saturday.

But then Zelim Imadaev and Michel Pereira stepped onto the dais and things took a spicy turn when Pereira appeared to feint a head-butt at Imadaev.

In response, Imadaev raised his left hand and struck Pereira around the face with an open-palm strike.

The UFC president Dana White then intervened, separating the welterweights, before security officials held back the fighters who continued making threatening gestures at one another.

“They started getting aggressive going toward each other but I didn’t think it would escalate to that, that quickly. And I blew it.”

White said it would be up to the Nevada State Athletic Commission whether either or both fighters face sanctions.

“This one’s on me. I shouldn’t have let that one happen.”

Pereira and Imadaev is one of five matches on the main card at the UFC Vegas 9 event.

Here are the other four fights:

A prominent former boxing champion says he can smell fear on Roy Jones Jr. and advises him to cancel the Mike Tyson exhibition

A 22-year-old heavyweight called Daniel Dubois knocked his opponent down 4 times in 200 seconds, and is on the cusp of big-money bouts

Marlon Vera is moving on to a big, bantamweight match after kicking the UFC prospect Sean O’Malley so hard ‘he quit’