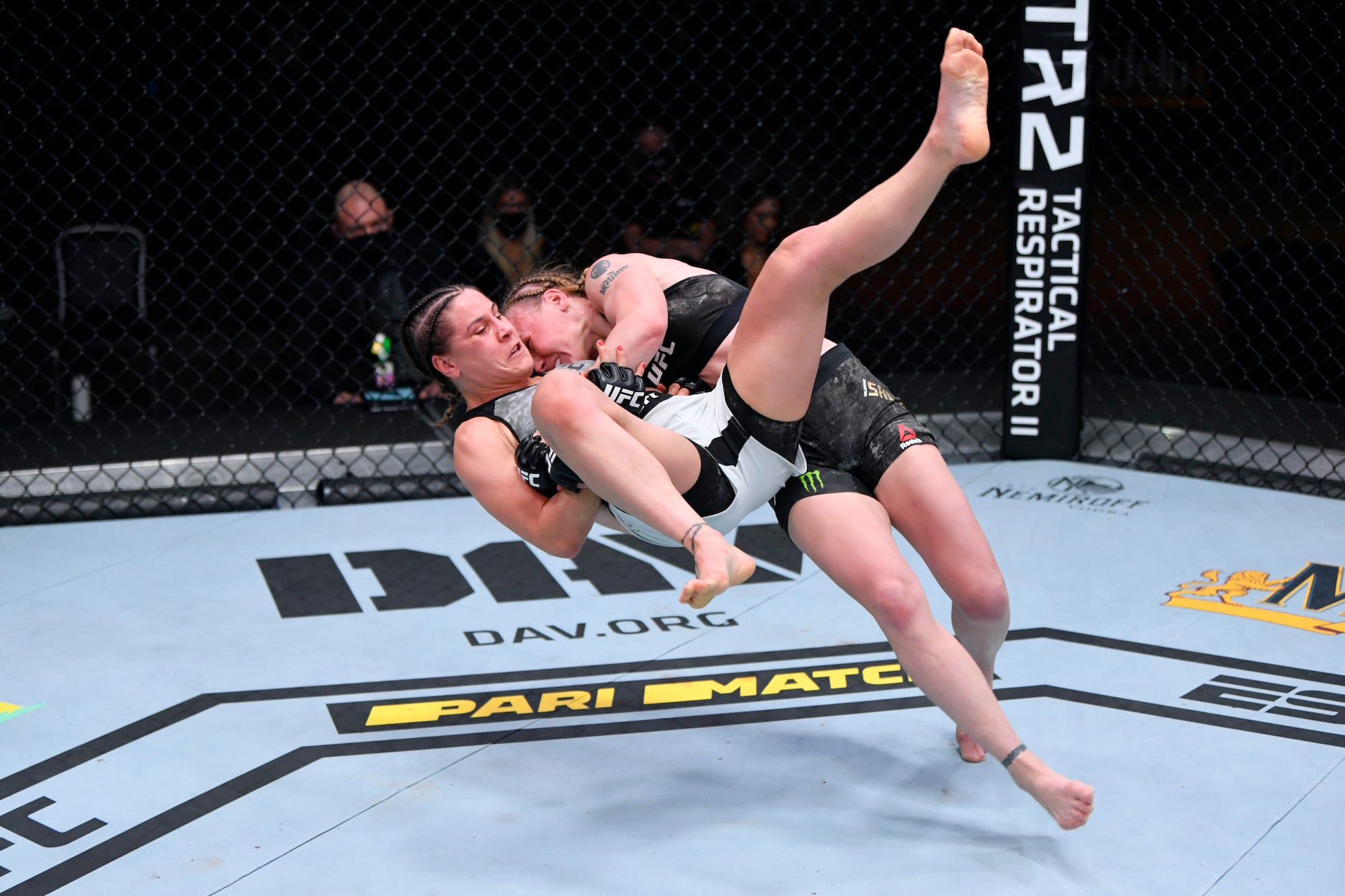 Valentina Shevchenko defended her UFC flyweight title with ease and then hailed “woman power” in her victory speech.

The 32-year-old Muay Thai specialist has been a champion of the 125-pound weight class since she beat Joanna Jedrzejczyk in 2018, and has since gone on a wrecking spree, beating Jessica Eye, Liz Carmouche, and Katlyn Chookagian.

During Saturday’s UFC 255 show, which took place inside the behind-closed-doors UFC Apex in Las Vegas, Shevchenko added another name to her winning ledger as she out-pointed Jennifer Maia.

Her fight against Maia was her first since she injured her medial collateral ligament vs. Chookagian in February, something which required surgery the following month.

Few would have noticed Shevchenko’s nine-month absence as the only round the Octagonside judges scored in Maia’s favour was the second, when she was out-punched and out-landed but enjoyed a considerable amount of time in control â€” four minutes and 33 seconds.

In all the other rounds, Shevchenko had done enough to win, regardless of whether that was strike accuracy, takedowns scored, or sheer striking activity in what was otherwise a grapple-heavy victory.

After the 25-minute fight was over, Shevchenko’s win was confirmed with three scores of 49-46.

“[Winning] is something that brings so much happiness. It’s an amazing feeling,” Shevchenko said.

She then lauded her sister, Antonina Shevchenko, who finished Ariane Lipski in the second round in a flyweight match on the preliminary card.

“Today we have double amazing feeling because my sister won, I won, and it’s a huge celebration for us. Woman power is about our family â€¦ we are very strong girls.”

“I’m ready for whoever they will put in front of me.”

Joaquin Buckley scored another highlight-reel finish, and seals his reputation as one of UFC’s most artistic knockout strikers

A fighter nicknamed God of War scored a 1st-round guillotine choke from bottom guard, punctuating the finest year of his pro career

2 UFC debutants were given $US50,000 bonuses for fighting at an extraordinary pace, throwing 236 strikes in the 1st round alone