2 UFC new boys won $50,000 bonuses for fighting at an extraordinary pace, throwing 236 strikes in the 1st round alone 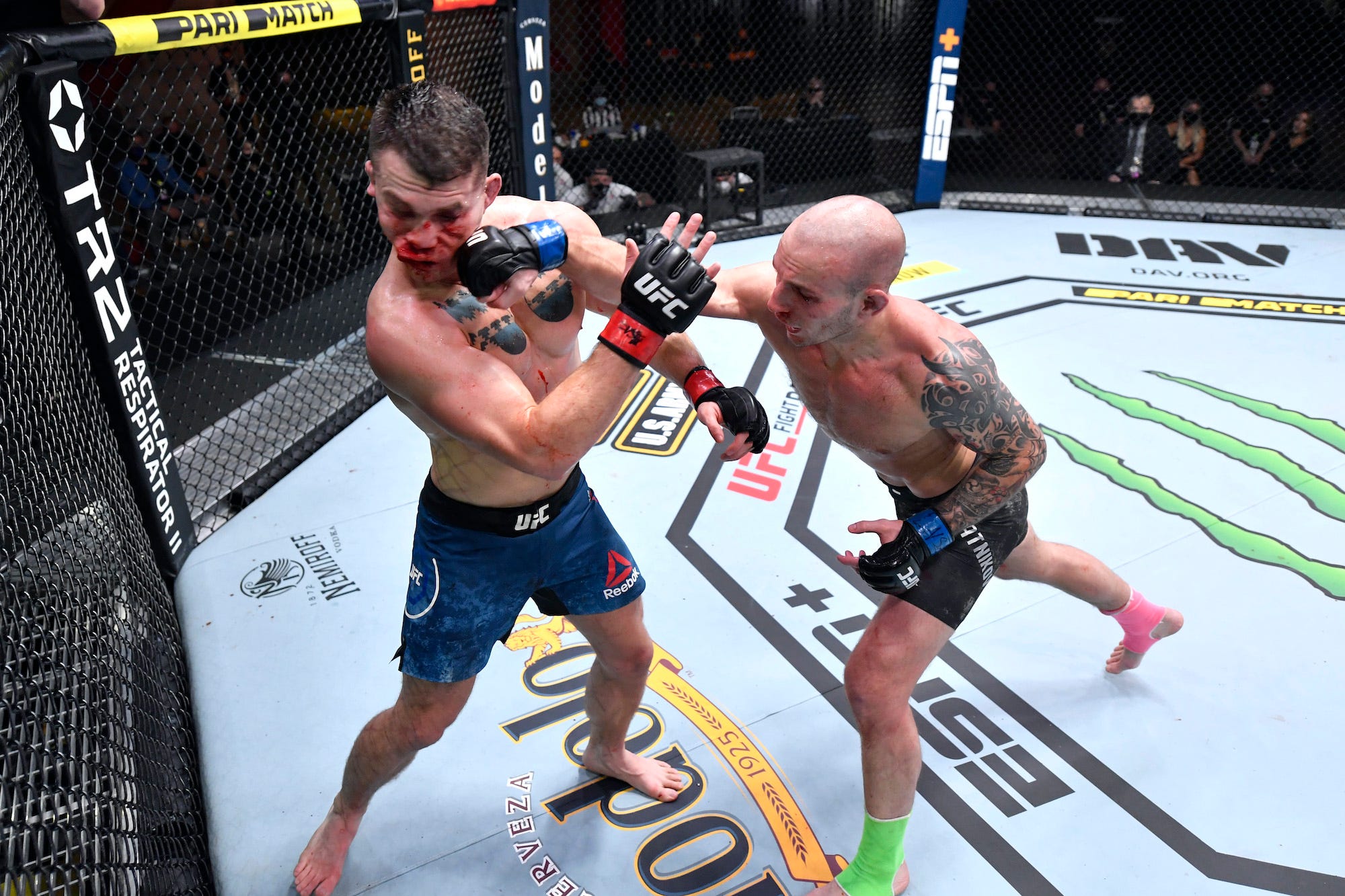 Two UFC new boys won $US50,000 bonuses for fighting at an extraordinary pace, throwing a combined 236 strikes in the first round of their welterweight match Saturday at UFC 255 in Las Vegas.

Sasha Palatnikov, the first Hong Kong athlete to compete in the UFC, and Louis Cosce, who graduated from the Dana White’s Contender Series MMA reality show earlier in the year, maintained a frenetic pace throughout the first fight of the night.

There was little to separate the battling athletes as Cosce landed 67 of his 123 strikes in the opening round compared to Palatnikov’s 65 from 113. Both fighters secured one takedown, too.

But while Cosce appeared to wilt, Palatnikov managed to maintain that all-action fighting style by landing 62 of 102 strikes in the second and 33 from 60 strikes in the third, ending the fight midway through that final round thanks to punches to Cosce’s head, forcing a stoppage.

That's how you start the night ????@PalatnikovMMA closes a WILD ONE to open #UFC255.

“It’s hard to describe my emotions right now. It’s a bit mixed, but just happy to be here, super happy to get the results,” Palatnikov said after his win was formally announced.

“I’m hoping everybody, all of the fans over the world enjoyed that fight.

“I think I’m one of the most technical fighters in the UFC, especially in my division. I just fought this fight on two week’s notice, coming off of COVID.

“I was in a two-week quarantine without training and then I got the phone call, and I said, ‘Let’s do it.’ I know with a full camp, I can really challenge the top. People love technique, I’ve been a martial artist my whole life, and there’s no better place than the UFC to show that.

“This is just a scrape of my potential. This has been a project my whole life â€¦ I’ve envisioned this. I know that I can challenge anyone in the UFC.”

Fast-rising American fighter Kayla Harrison hit her opponent with an elbow strike, which cut her so bad she bled all over the canvas