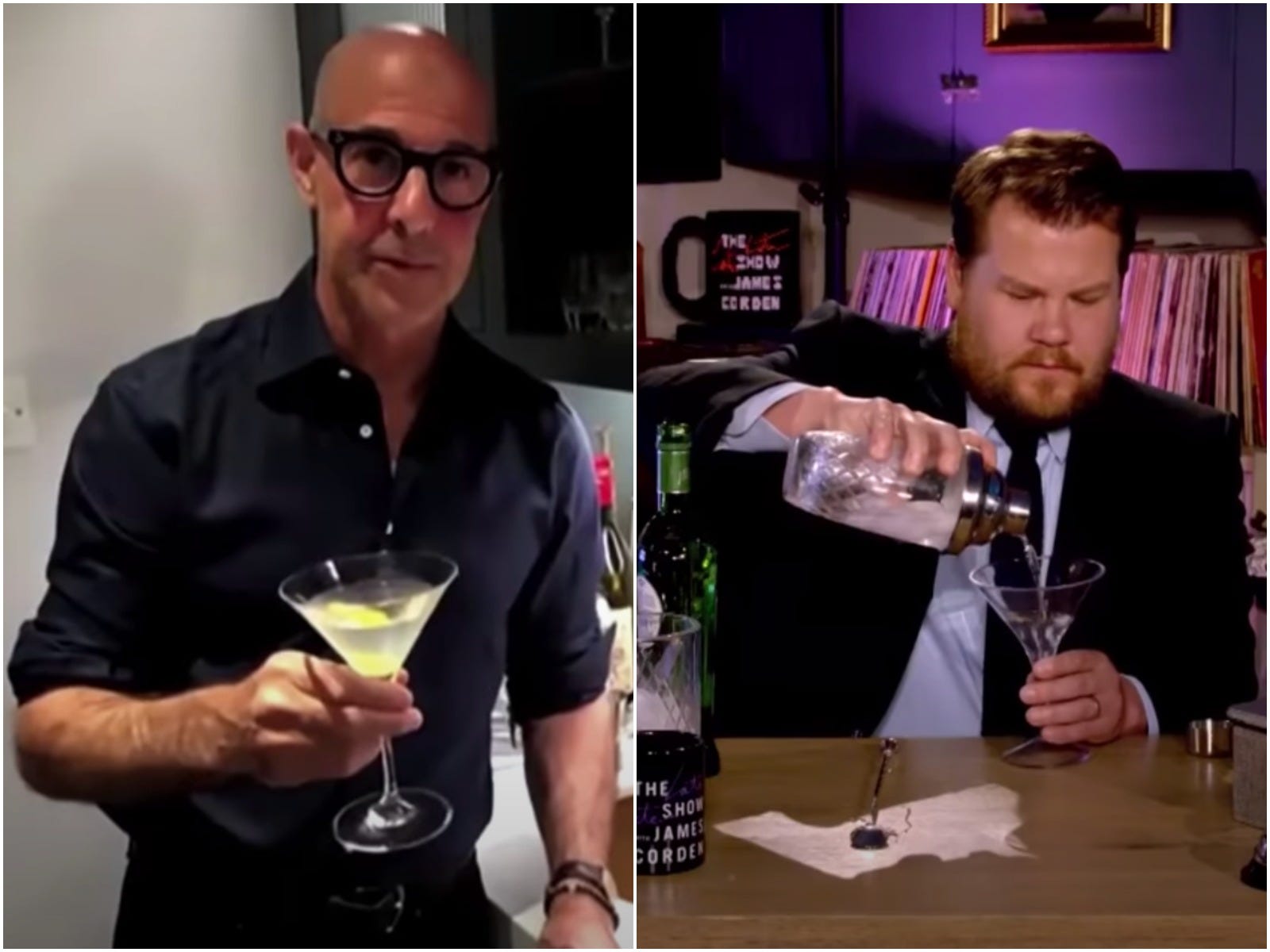 Stanley Tucci taught James Corden how to make a martini following the success of his negroni masterclass. Before they got started on The Late Late Show, Corden noted that “Stanley Tucci might be the best-dressed man in isolation.”

“I always feel like one should look good, particularly after five o’clock,” Tucci replied before telling Corden that it would be his honour to teach him how to make a martini, particularly as Corden has never had a martini before.

“We’re not going to shake it, we’re actually going to stir it. The opposite of what James Bond likes,” Tucci advised before putting ice into a shaker.

Tucci poured in half a shot of vermouth and then stirred it with the ice, which Corden joked was turning him on.

“So now the vermouth has infused the ice. Ideally, we’d do this for a little bit longer but it’s television,” Tucci said. “Strain, get rid of this vermouth.”

Tucci then strained the vermouth and took out his vodka, which was, of course, in a classy decanter rather than a branded bottle.

“We’ll a do shot. Really, like, two shots, big shots,” Tucci said, which he followed by stirring the vodka and vermouth-infused ice. “Are you stirring?”

“My wife is filming this and she’s watching you and me, which I think has always been her dream,” Tucci joked back as wife Felicity Blunt, sister of Emily Blunt, laughed.

Tucci then let the mixture sit for a minute, and in the interim told Corden that he makes a cocktail at five o’clock every night. The mixture was then stirred once more, and strained into the martini glass.

Finally, Tucci took a slice of lemon rind and rubbed it around the edge of the glass before dropping it into the drink itself. Tucci and Corden then toasted each other before trying out their respective creations.

“Oh, it’s good. Oh, it’s glorious,” Corden. “This is the start of a real thing for me. Bless you, Stanley Tucci, keeping the world together one drink at a time.”

Stanley Tucci taught fans how to make a Negroni, and people are loving the actor’s bartending skills