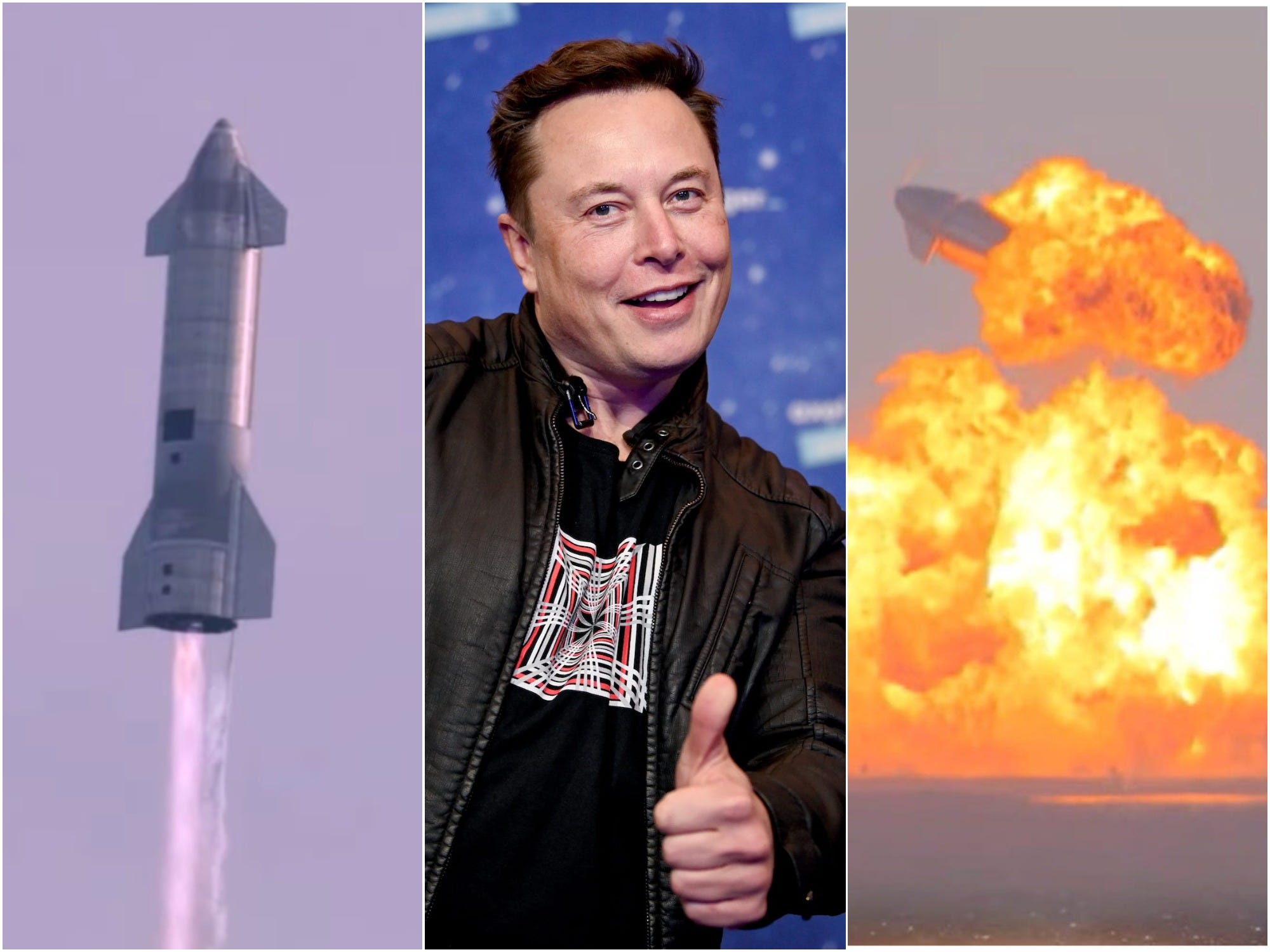 Update: The SN15 prototype flew and landed successfully on Wednesday. Read more in our story.

SpaceX is about to launch its fifth high-flying Starship prototype on Wednesday afternoon. The spaceship is ready to lift off from the company’s Texas rocket facilities.

Known as Starship Serial No. 15, or SN15, the vehicle is the latest in a series of prototypes that SpaceX is launching up to 10km above Boca Chica, Texas. Eventually, a version of this Starship mega-spaceship is expected to become NASA’s next moon lander, which would put boots on the lunar surface for the first time since 1972.

The plan for the SN15 flight calls for the rocket to shut off its three truck-sized Raptor engines one by one as it approaches the peak of its flight. Then the spaceship should tip sideways and plunge back to Earth, using four wing flaps to control its fall. As it nears the ground, SN15 should reignite its engines to flip itself upright and gently lower to the landing pad.

That last step is where its four predecessors have failed. 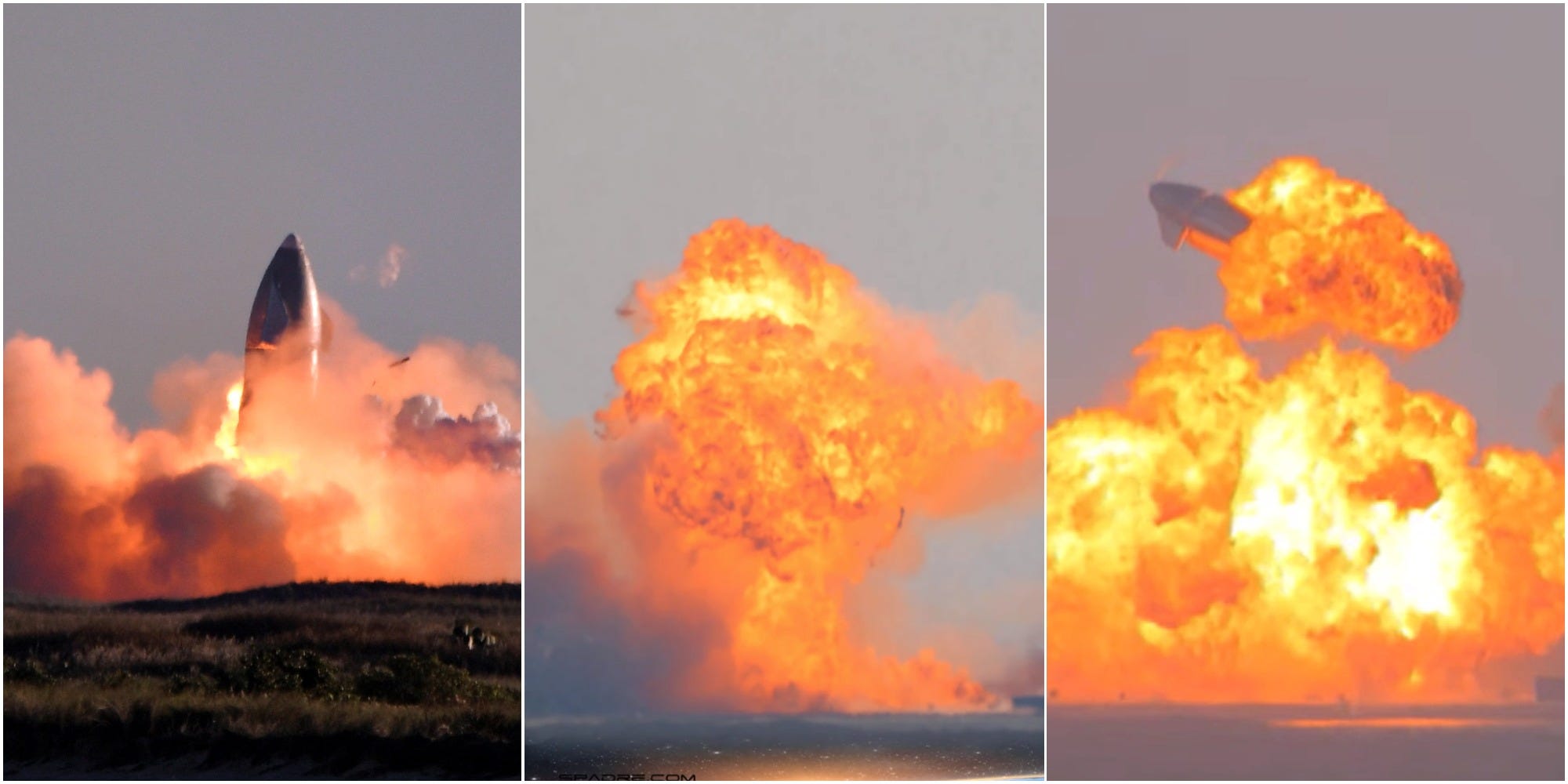 The first two prototypes that soared to high altitudes, SN8 and SN9, slammed into the landing pad at high speeds and exploded immediately. The third, SN10, landed in one piece but blew up 10 minutes later. The fourth, SN11, exploded in midair as it relit its engines for landing.

SpaceX is set to stream live from the launchpad and from cameras inside the rocket’s skirt, where the engines are, starting at 5:20 p.m. CT.

A few rocket enthusiasts and fans of the company are also broadcasting live from Boca Chica.

The commentators on the feed keep track of preparations at the SpaceX facilities that indicate progress toward liftoff – things like clearing the launchpad, activity in the tank farm next to SN15, and the loading of liquid propellant into the rocket.

LabPadre, meanwhile, offers six unique views of the Starship launch site. That YouTube channel is run by Louis Balderas, who lives across the bay from Boca Chica. Below is its main 4K-resolution feed.

For a more distant view of the launch site – broadcast from the top of a resort in South Padre Island, about 10km away – check out SPadre’s 24-hour live feed.

The Federal Aviation Administration has issued an airspace-closure notice for the Boca Chica area to make way for launch on Wednesday. A Cameron County judge has also issued local road closures. Both closures end at 8 p.m. CT, so SpaceX must launch by then.

Airspace and road closures are both required for launch. But they can change day to day depending on SpaceX’s plans and FAA procedure. If SN15 does not fly on Wednesday, further closures indicate that SpaceX could try again on Thursday or Friday.

A series of Starship explosions

For SpaceX, explosions during rocket development are par for the course.

“They use a different development philosophy than the government does, which is: Fly. If something goes wrong, they try to fix it. Fly again. If something else goes wrong, they try to fix that,” John Logsdon, founder of George Washington University’s Space Policy Institute and a former member of the NASA Advisory Council, told Insider. “People have complimented SpaceX on how quickly they move.”

But, Logsdon added, “the fact that they’ve had these early development-program problems means that there will have to be a record of success before anybody except an extreme risk-taker is willing to get aboard.”

Success may be even more critical now that NASA has chosen Starship to land its next astronauts on the moon.

The agency announced earlier this month that it is working with SpaceX to turn Starship into a lunar lander as part of NASA’s Artemis program. NASA hopes to land its first crewed Starship on the lunar surface in 2024, though a recent report from the NASA Office of the Inspector General suggested it’s “highly unlikely” the agency will meet that deadline. 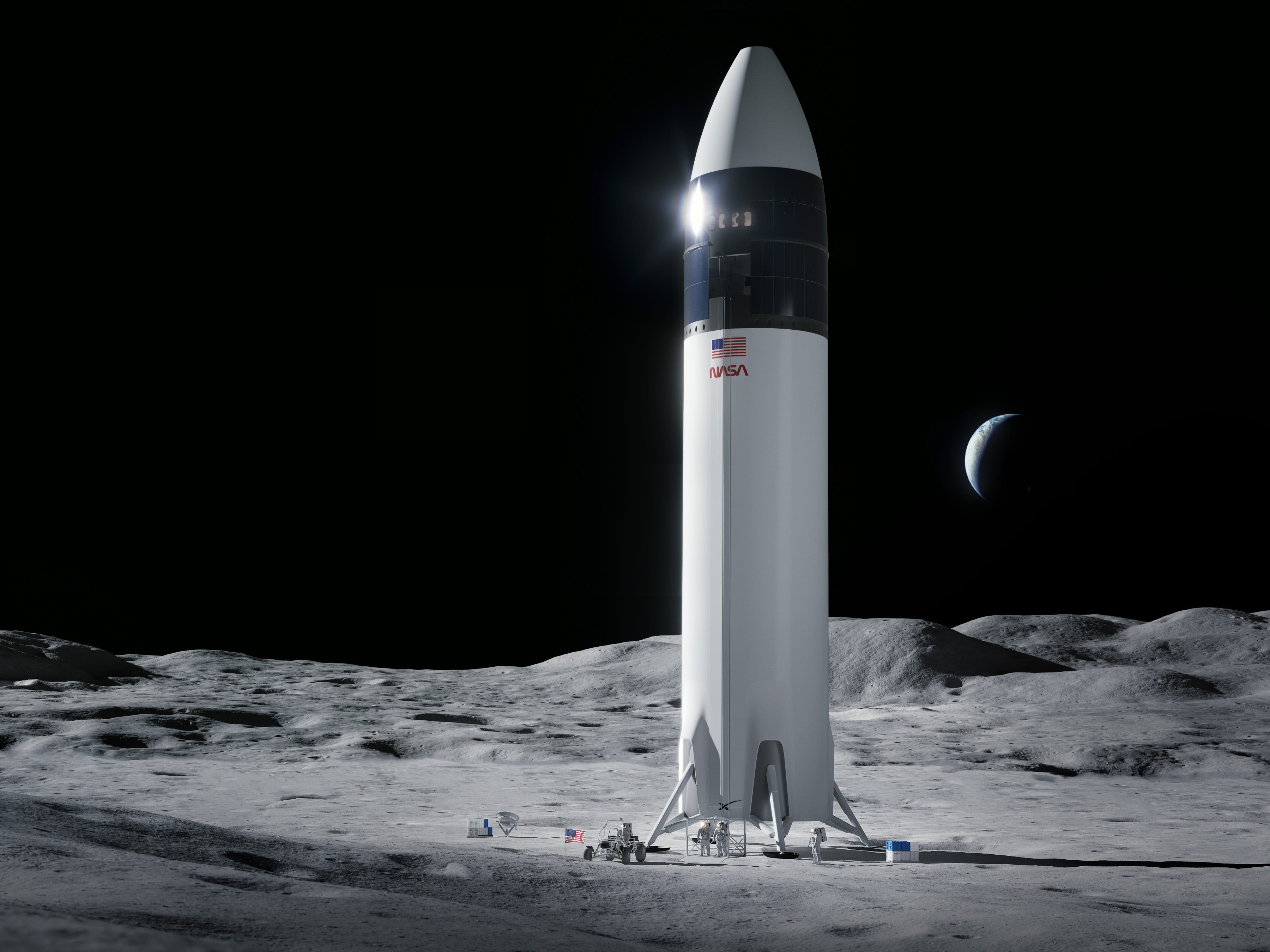 SpaceXIllustration of Starship human lander design that will carry NASA astronauts to the Moon’s surface during the Artemis mission.

Elon Musk, SpaceX’s founder and CEO, recently predicted that Starship could fly its first humans “in a couple years.”

His goals for the launch system extend far beyond the lunar surface. Musk has said he plans to build 1,000 Starships to carry people and cargo to Mars. Ultimately, he hopes to establish a settlement there.

For now, though, SpaceX is trying to land the prototypes without blowing them up.

“Obviously we need to, like, not be making craters,” Musk said in a NASA press conference last month, referring to the explosions. “We’ve got some work to do, but we’re making rapid progress.”

This post has been updated with new information. It was originally published April 19.