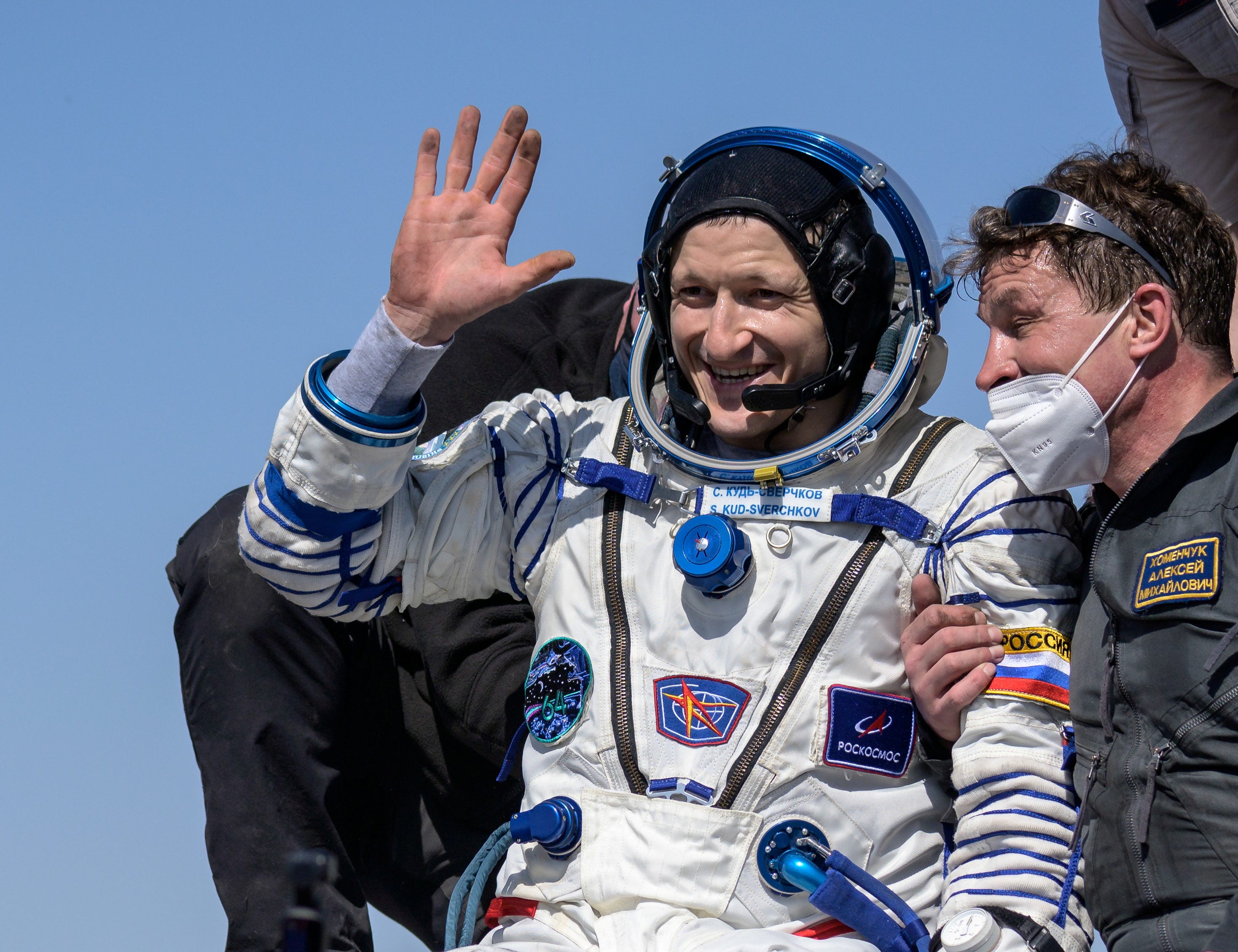 A six-month journey on board the International Space Station has come to a close for two Russian cosmonauts and one NASA astronaut: The three crew members returned safely to Earth amid clear skies at nearly 1:00 a.m. ET on Saturday.

The crew departed for the space station on October 14, 2020, inside a Russian spacecraft called Soyuz MS-17. Their landing marked the end of Expedition 64, or the 64th long-duration expedition to the ISS.

In total, the crew completed around 2,960 orbits of Earth.

The flight home lasted less than three and a half hours, with the spacecraft touching down just outside the town of Dzhezkazgan, Kazakhstan. NASA captured footage of the crew’s smooth descent (starting at around one hour and 14 minutes into the video below):

From there, the crew underwent medical checks while seated in chairs so they could re-acclimate to Earth’s climate. They were also able to call friends and family.

Rubins is now set to fly home to Houston, Texas. Ryzhikov and Kud-Sverchkov will return to their homes in Star City, Russia. 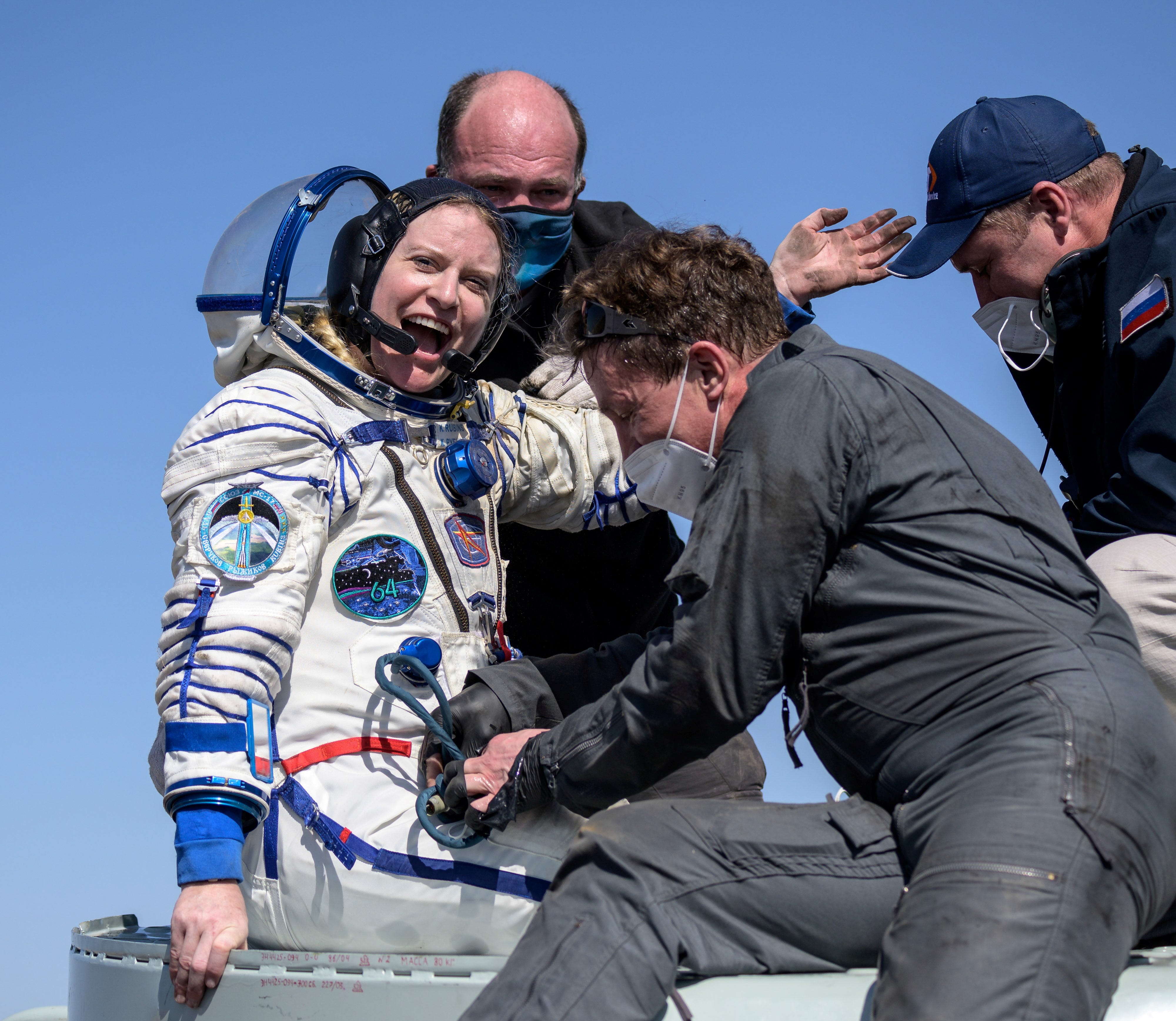 NASA/Bill Ingalls/ReutersISS crew member Kathleen Rubins of NASA poses for a picture upon her return.

Expedition 64 marked the first time on board the ISS for Kud-Sverchkov, but the second time for Rubins and Ryzhikov.

Rubins, a microbiologist, became the first person to sequence DNA in space in 2016. She continued her DNA sequencing work during this latest mission, with the ultimate goal of helping astronauts diagnose illnesses in space or identify microbes at the space station to see if they pose any health concerns.

Rubins also completed two spacewalks, grew radishes in orbit, and snapped photos of Hurricane Zeta as it neared Louisiana. To top it off, she studied how changes in gravity affect cardiovascular cells – research that could provide clues about heart problems on Earth. 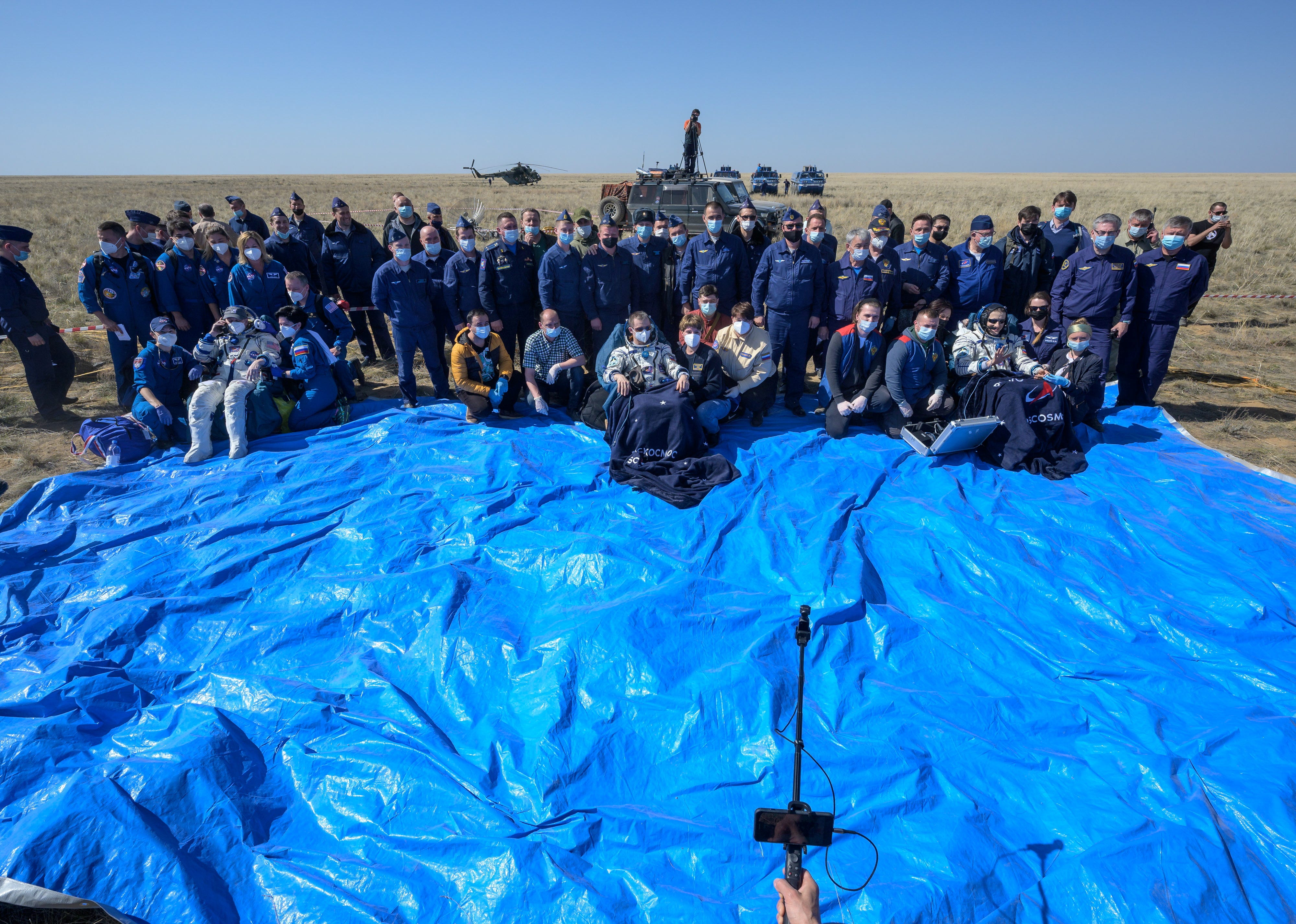 Ryzhikov and Kud-Sverchkov also conducted hundreds of scientific experiments on board the space station.

Walker is now the station commander of Expedition 65, which began Friday.

Another Russian spacecraft, Soyuz MS-18, arrived at the ISS on April 9 with two Russian cosmonauts and one NASA astronaut on board.

NASA’s SpaceX Crew-2 is set to take off for the space station next Thursday, April 22, bringing the total number of people on board to 11. At most, the ISS has held 13 people at once.