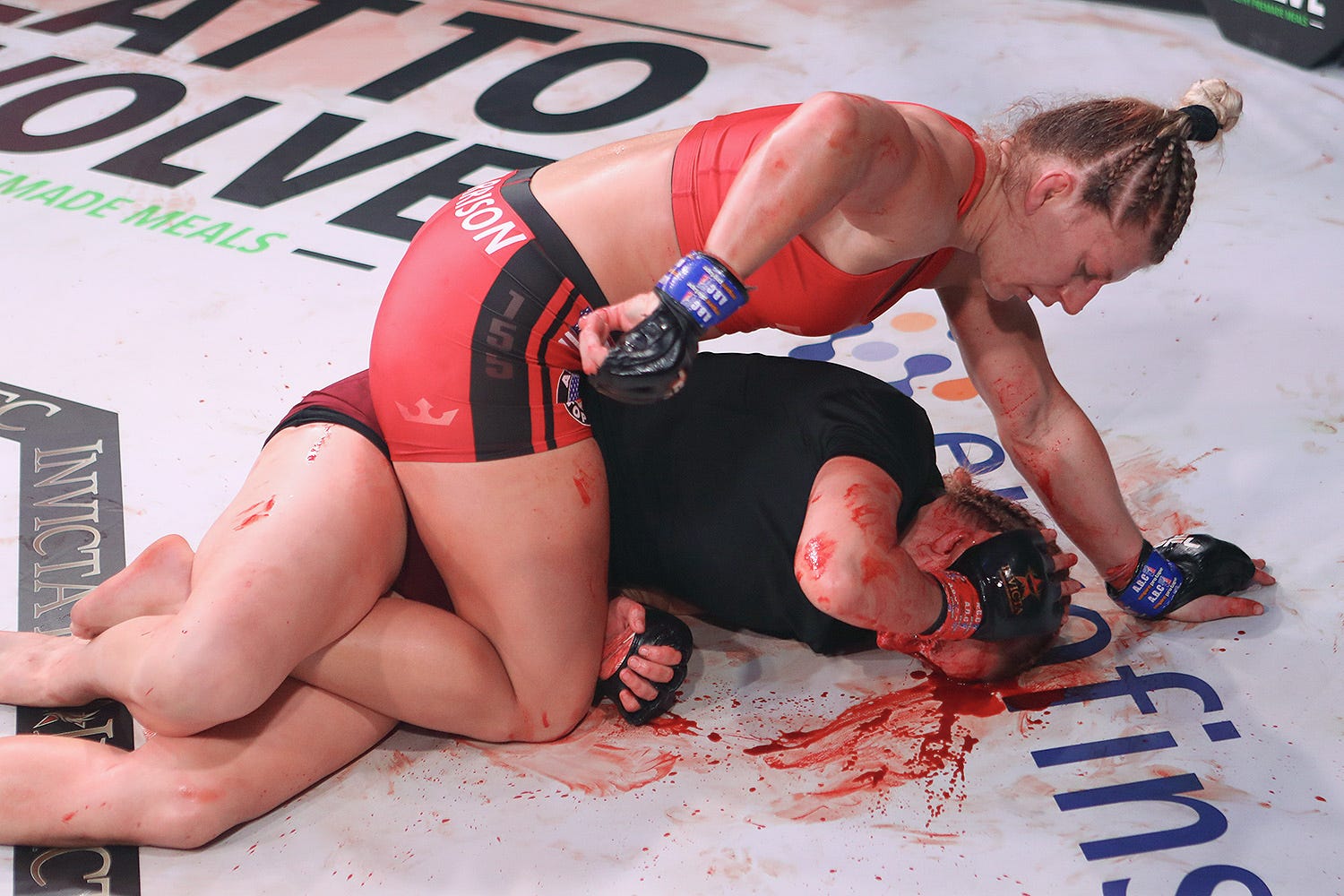 A fast-rising American fighter called Kayla Harrison hit her opponent with an elbow strike which cut her so bad that she bled all over the canvas.

The bout topped Friday’s all-women Invicta 43 mixed martial arts show in Kansas City, with Harrison putting her unbeaten record on the line against Courtney King in a featherweight fight.

Harrison dominated King with brutal and bloody ground-and-pound, and sliced the bridge of her nose open with the tip of her elbow â€” something the doctor later cleared as, despite the gushing, it did not impair her vision.

“Elbows changed my life! Holy cow what have I been missing. Man, elbows are awesome,” Harrison said after the win.

“I love it here [at Invicta]. Women are so badass. Great night of fights.”

See this photo to get a sense of the bloody carnage:

This is the face of the woman who is fighting Kayla Harrison right now, Courtney King. pic.twitter.com/AxduqZ7hYv

Undefeated @KaylaH was dominant in her featherweight debut, finishing the fight with brutal ground-and-pound ????

Harrison was at Invicta on loan having signed a bout agreement to fight King, when she had otherwise been committed to the Professional Fighters League.

Harrison earned a $US1 million check by winning the PFL championship in the women’s lightweight division in 2019, but was unable to compete for that organisation in 2020 as the PFL postponed its entire calendar because of the coronavirus pandemic.

To stay active, the fighter, a two-time Olympic gold medal-winning judoka once compared to Ronda Rousey, signed a deal to fight at the weekend under the Invicta promotional banner.

Though she is due to return to the PFL in April 2021, she said she would like to compete for Invicta once again before the start of the new PFL season, according to ESPN.