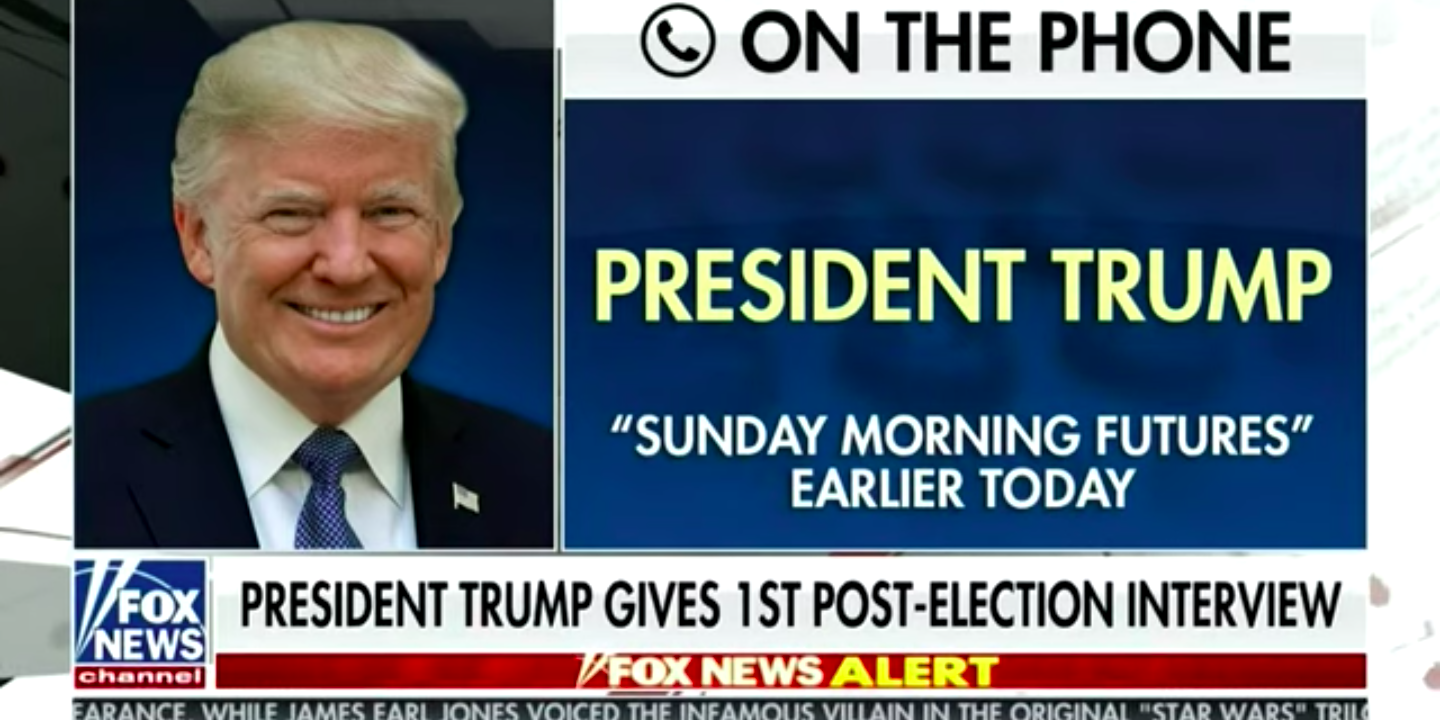 A Fox News host on Sunday debunked false claims that President Donald Trump made about the US election in an interview on the network hours earlier.

Trump on Sunday morning gave his first one-on-one interview since the election to the Fox News host Maria Bartiromo, who provided little challenge to his baseless claims that Joe Biden’s victory in the 2020 US election was the result of what he called “the greatest fraud in the history of our country from an electoral standpoint.”

The Fox News host Eric Shawn, who hosted a show on Sunday afternoon, addressed the claims directly and pointed out that there was no evidence for Trump’s allegations.

“He doubled down on his claims of widespread voter fraud in the 2020 election, even though local and national election officials, as well as federal and state courts in multiple states â€” and in some cases the Trump campaign’s own lawyers â€” have said there is no evidence to prove that,” Shawn told viewers.

“Experts say such claims are unsupported falsehoods that are not backed up by any facts,” Shawn added.

Trump has repeatedly claimed without evidence that he lost the election because of widespread voter fraud. His campaign has filed 22 lawsuits to challenge outcomes in key battleground states, but they have all been unsuccessful.

Shawn, who was joined in debunking the claims by the Axios political reporter Hans Nichols, said: “It seems that we have a president who, he can’t wrap his brain or mind around the fact, he can’t process the fact that someone who he thinks is so inferior to him won the election.”

Trump has been a frequent guest on Fox News, and its most prominent opinion hosts, including Sean Hannity and Tucker Carlson, remain overtly supportive of the president’s agenda.

But the president has repeatedly criticised Fox News during his term in office when he has perceived coverage to be overly critical of him. He was said to be incensed on election night when the network called Arizona for Biden, and on Saturday he described daytime programming on Fox News as “virtually unwatchable.”

Earlier in November he appeared to call himself the “Golden Goose” of Fox News and said its coverage was the “biggest difference” between the outcomes of the 2016 and 2020 elections.