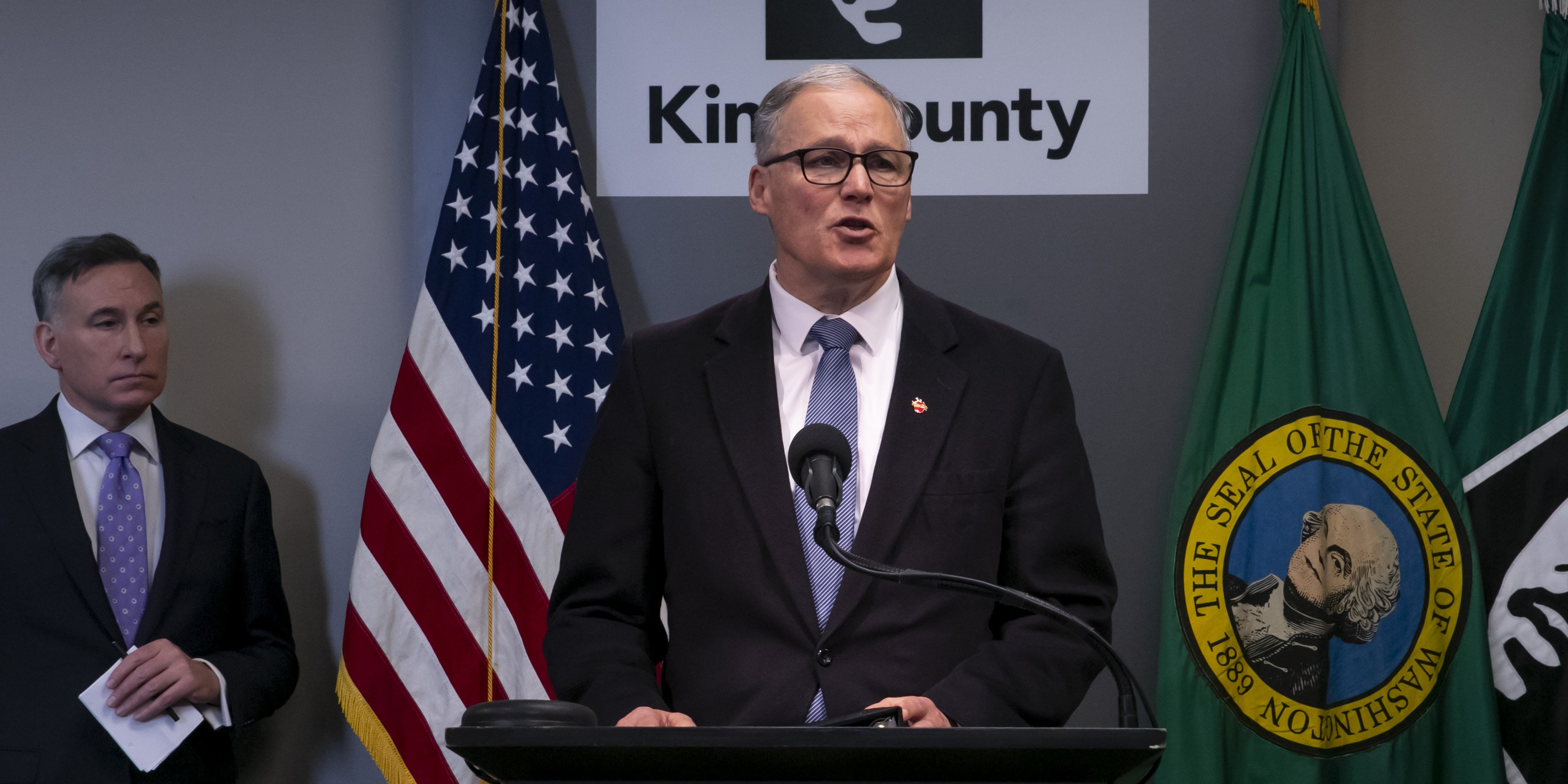 Washington state Gov. Jay Inslee on Saturday announced new restrictions on funerals in order to continue to limit the spread of COVID-19, the disease caused by the novel coronavirus.

Inslee said funeral homes and cemeteries were still permitted to hold funeral services, but the funerals were only open to “immediate family” members and those in attendance needed to be positioned at least six feet from each other in order to adhere to principles of social distancing.

Both the first known US case and US death from COVID-19 occurred in Washington state. According to data from Johns Hopkins University, there are 4,030 cases of COVID-19 reported in the state, and 188 deaths.

The move is the latest part of Inslee’s “Stay Home, Stay Healthy” initiative, which also included orders for residents to stay at home except for “essential” activities, like going to the grocery store.

The Centres for Disease Control and Prevention recommends individuals keep at least six feet from each other and has recommended the cancelation of gatherings with more than 10 people.

While the move specifically places restrictions on funerals, Char Barrett, the owner and funeral director at A Sacred Moment in Seattle told Insider the governor’s announcement Saturday is a welcome step. His previous orders caused cemeteries to forbid graveside services, Barrett said.

At Barrett’s funeral home last week, one family was forced to say goodbye to their deceased relative one person at a time in the back of a van after a cemetery refused to allow an 0n-site funeral. Afterward, the body was taken to the cemetery and buried without the presence of loved ones, Barrett said.

“Based on this new clarification that cemeteries and funeral homes are allowed to have immediate family say goodbye with proper social distancing, it at least opens things up a little bit. I’m very hopeful that the cemeteries are going to at least allow for grave-site services for families,” Barrett, who has operated A Sacred Moment for 13 years, told Insider.

Barrett said she was getting ready to call a family to make arrangements via Zoom – her new normal – and was excited to tell the family they were now allowed to have a small service cemetery, though Barrett added she first had to clarify with the cemetery that it received Inslee’s new order. Earlier in the day, before his announcement, she told the family a graveside service wasn’t possible.

Funeral homes around the country have attempted to adapt to social distancing guidelines to allow people to continue to mourn the loss of friends and family without worries that they will contribute to the spread of COVID-19.

Fox 26 in Houston, Texas, reported local funeral homes were resorting to live-streaming services online so that more people could log on and watch funeral services for their recently deceased loved ones.

The new policies in the US come after similar decisions in China, where the disease originated. In February, the government banned funerals, burials, and other related activities involving the bodies of deceased victims of the novel coronavirus. Bodies of those who died of the virus were quickly sanitised and cremated in an effort to limit the transmission of the virus.