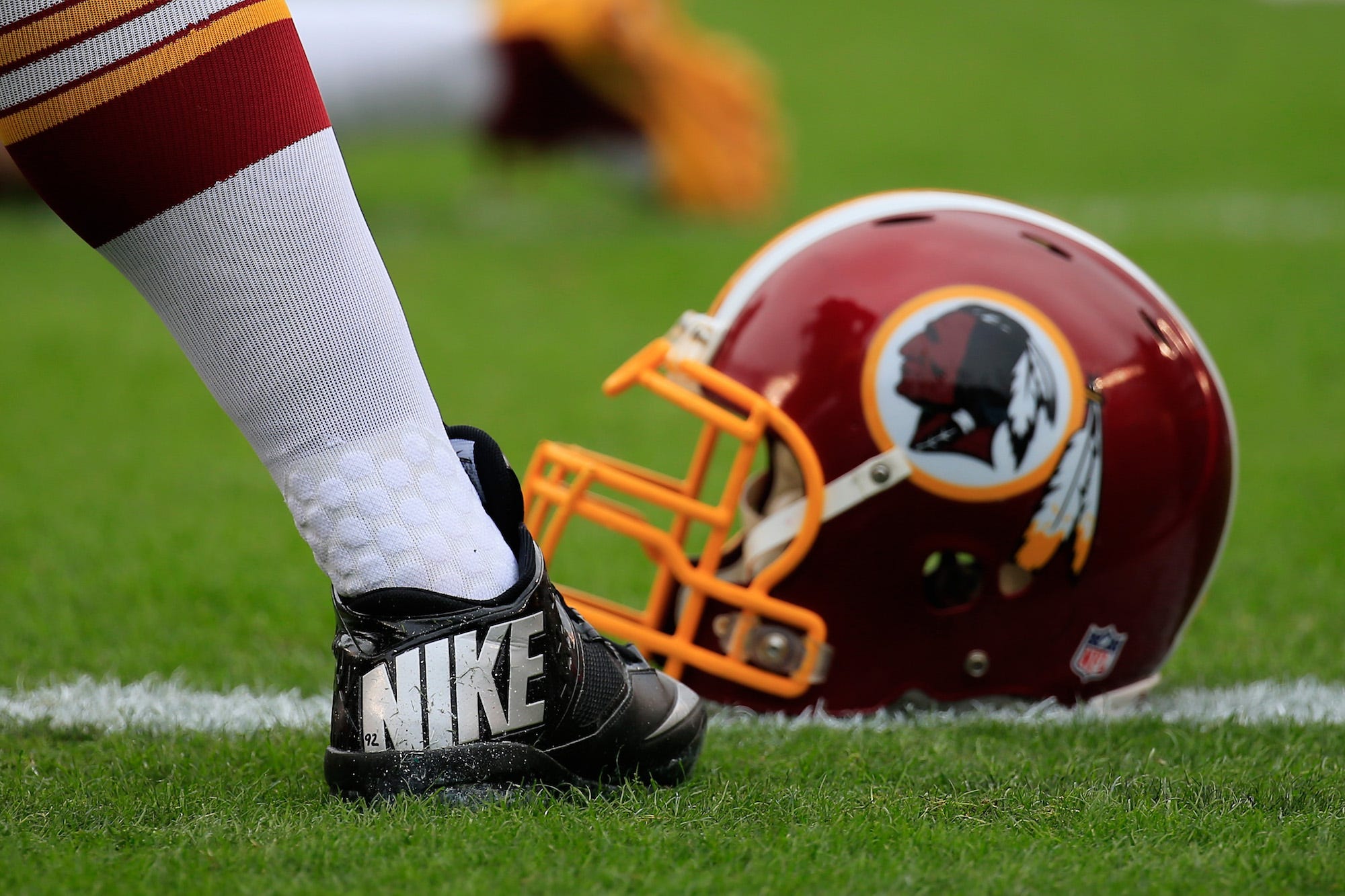 Nike has increased pressure on the Washington Redskins to change their name by removing the team’s products from its website.

Nike was one of three companies said to be sent letters by investors asking them to sever ties with the team until it changed its name, which is widely seen as a racial slur against Native Americans.

In response, the sportswear giant has removed all Redskins products from its online store, while the team’s name has also been removed from the left sidebar that allows buyers to select which NFL team’s products they’d like to see. 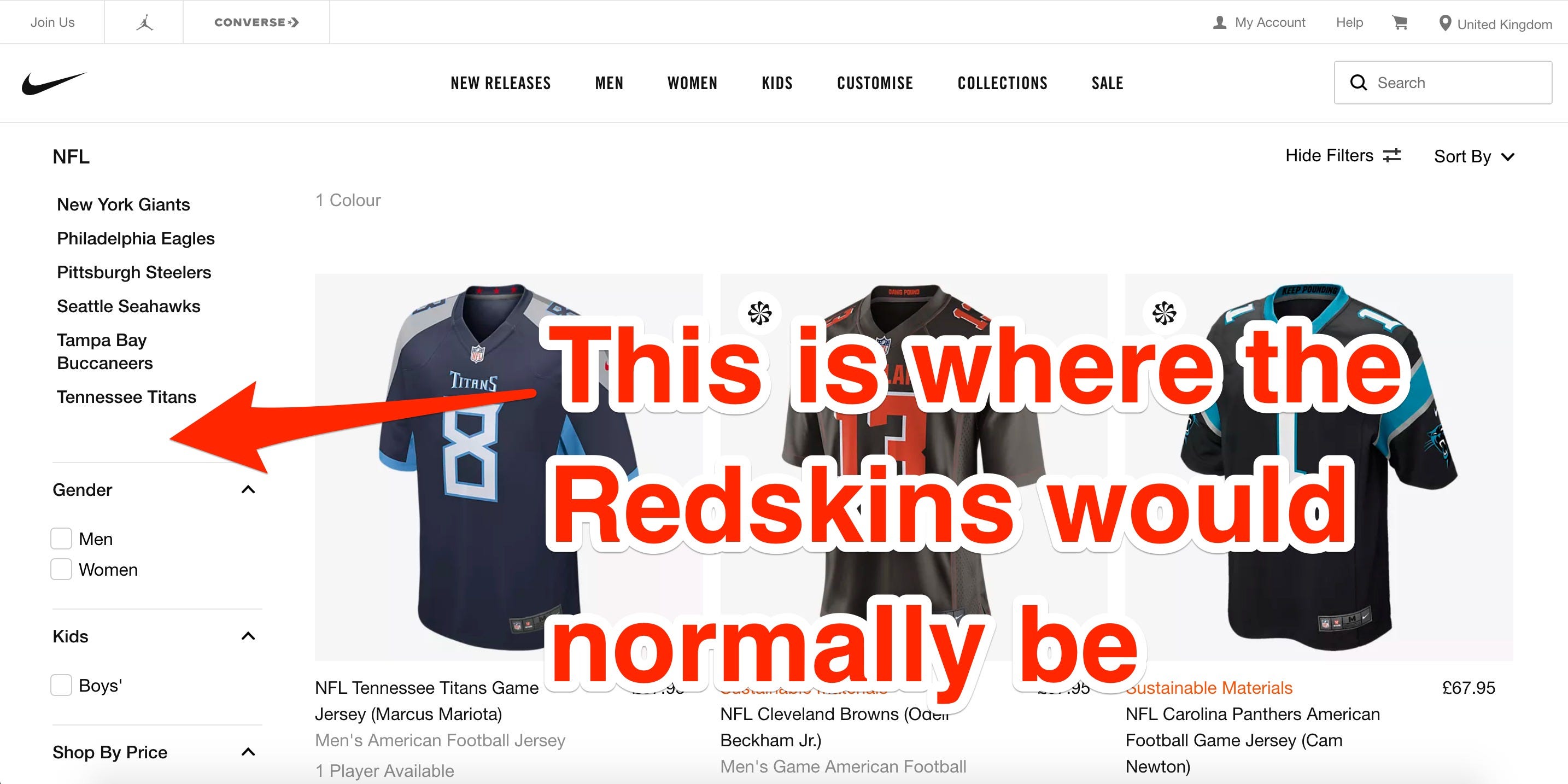 Nike is yet to comment on the letter from investors and the removal of the team’s products.

According to Mary Emily O’Hara of Adweek, FedEx and Pepsi were the other two companies that were sent the letters asking them to cut ties with Daniel Snyder’s team.

Pepsi is yet to comment; however, FedEx released a statement Thursday calling for the Redskins to rebrand.

“We have communicated to the team in Washington our request that they change the team name,” it said in a statement, according to the BBC.