The Golden State Warriors continued one of their best stretches of basketball on Monday by completing a sweep of the Portland Trail Blazers in the Western Conference Finals to advance to the NBA Finals for a fifth straight year.

The Warriors’ surge has coincided with Kevin Durant going down with a calf injury in Game 5 of their second-round series against the Houston Rockets. Moments before Durant’s injury, the Rockets were mounting a second-half comeback in a tied series, appearing to put the Warriors in dire straights. The Warriors rallied against the Rockets in Game 5, beat the Rockets in Houston in Game 6, then had their way with the Blazers, several times erasing double-digit leads the Blazers built early in games.

That the team seemingly hasn’t missed a beat without their top scorer and (arguably) their best overall player has raised some tantalising questions about how much the Warriors need Durant.

Whether the Warriors are better without Durant has become talk-showfodder and has been asked and analysed by numerous outlets, from USA Today, SB Nation, The San Francisco Chronicle, The Mercury News, The Action Network, and more.

Few would agree that the Warriors are better without their most singular talent. An NBA coach told Business Insider that the Warriors aren’t a better team without Durant, but they’re forced to play differently, which creates a different challenge for opponents. Durant’s absence has changed some things.

Curry and his co-stars have been freed

The Warriors have returned to their 2014-2016 style of play that catapulted their dominant run. They’re playing faster, cutting harder, and passing more. They look sharper, and it might be because they are.

As ESPN’s Zach Lowe said on his podcast, “The Lowe Post,” the extended time without Durant has almost allowed the Warriors to rediscover who they are.

The Warriors themselves have said that playing with Durant allows them to become lazy. There are possessions where they can dump the ball to Durant 15 feet away from the basket and stand around as he gets a shot. That’s not an inherently bad thing, even if it doesn’t look as pretty.

Without him, they have to work a little harder for shots. As Lowe said, that might mean more running, cutting, and relocating without the ball, which opens up passing and cutting lanes for everybody else.

Stephen Curry has come alive in Durant’s absence after an uneven start to the postseason. Over the last five games, Curry is averaging 35 points per game on 46% shooting, 41% from three.The Ringer’s Bill Simmons argued on his podcast that Curry is playing more care-free without Durant – reacting more and thinking less about making sure the ball gets spread around evenly.

Likewise, the Warriors’ other stars have bigger roles in ways that benefit them. In the Warriors’ first 11 playoff games, Klay Thompson and Draymond Green posted usage rates (possessions that end in a field goal attempt, free throw attempt, or turnover) of 18.7% and 15.8%, respectively. In the five full games without Durant, their usage rates are up to 26.6% and 19.8%.

It’s not a knock on Durant that his presence diminishes Thompson and Green’s roles. Both players became All-Stars on the Warriors before Durant’s arrival, and their skill sets complement Curry’s, whose three-point shooting is essentially the core of the Warriors’ system.

How good have the Warriors been without Durant since he joined the team? Their record without him puts them on pace to go 73-9 in an 82-game season. You may recall the 2015-16 Warriors went 73-9, then lost in the championship, before adding Durant.

lol, no team could ever go 73-9. Must be a fluke or something… pic.twitter.com/Grgf6Zgz81

The Warriors aren’t some plucky underdog without Durant. Some would argue that his presence gives them a luxury that makes them unbeatable over a seven-game series (they’re 38-10 in the playoffs in games he has played).

This recent string of play by the Warriors has raised what may now be the biggest question in the NBA.

How does Durant feel about the Warriors recent play and how it does affect his free agency?

Durant may have given the NBA world a hint about his state of mind on Instagram. Durant responded to an Instagram post that quoted the Blazers’ Seth Curry saying the Warriors aren’t better without Durant, but they’re more challenging to play (for all of the reasons above). Durant responded to the post with a simple “Hell no.”

I see a little exaggeration there buddy, my worst nightmare?? U sure that this is the worst that it can get???

After beating the Rockets in the second round, the Warriors all made a point to note that they need Durant back during this postseason run. With 10 days off until the Finals, it appears they will get him back at some point, if not immediately.

The lingering question over all of this is how it affects Durant’s impending free agency.

One could argue that Durant’s free agency will be the most impactful in NBA history. He has the chance to alter the league again, just as he did in 2016 by joining the Warriors. If he re-signs with the Warriors, it seems clear they will continue their reign. If he departs for another Western Conference team, the power of balance will shift. If he leaves for an Eastern Conference team, the West may be wide open (yes, the Warriors look good now without Durant, but could it be sustained over an 82-game period?) and there would be a new contender in the East.

NBA rumours would suggest that Durant’s exit is already a done deal.

There is some scepticism to that notion in some circles. As The Athletic’s Ethan Strauss wrote in February, “the choice lives inside the head of one guy who can and does change his mind.” The Athletic’s Marcus Thompson recently said there is increased confidence around the Warriors that they can retain Durant.

Do Durant’s injury and the Warriors’ subsequent run change that? Will Durant feel fulfilled from his time with the Warriors and decide to leave, if they win a third straight championship? Or will he want a chance to win an unprecedented fourth consecultive championship and make up some of the time he lost in this year’s playoffs?

There are no answers to these questions yet.

The Warriors need four more wins to “threepeat” and will likely be favoured against both the Milwaukee Bucks or Toronto Raptors. Each subsequent victory and performance without Durant only seems to raise the stakes of this summer. 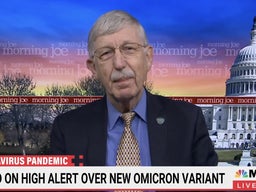