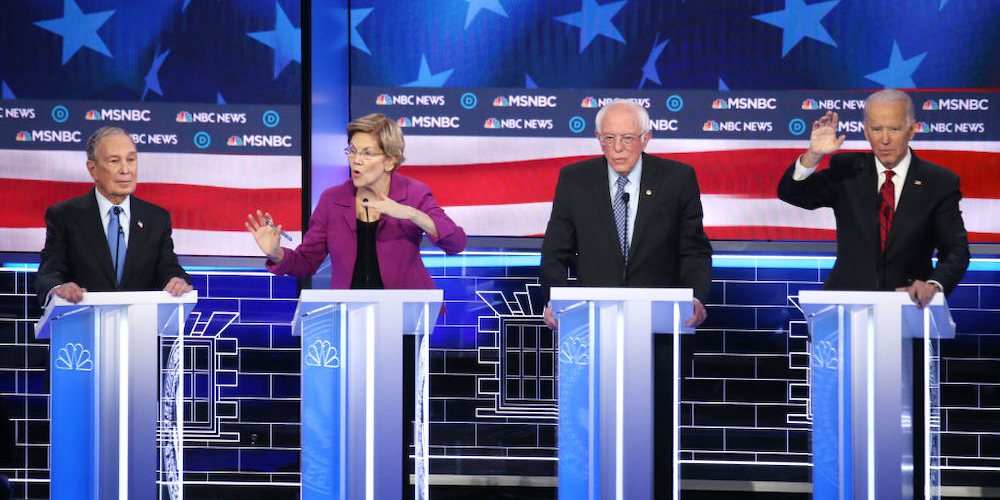 Bloomberg used the agreements – commonly known as NDAs – in his business to resolve cases of sexual harassment in the workplace, drawing criticism from former employees over creating a toxic environment.

When Bloomberg tried to explain away his use of the practice in response to a question from NBC’s Hallie Jackson, Warren took the questioning directly to her rival standing next to her.

Elizabeth Warren on Michael Bloomberg's non-disclosure agreements: "Some is how many?" #DemDebate pic.twitter.com/PBLaoqv1f8

Audible groans came through the microphones in the room as Warren continued to drill down on Bloomberg.

The exchange came in the first hour of the debate, not long after Warren came out of the gate calling out Bloomberg over his past comments on women.

Bloomberg’s response only dug him a deeper hole, saying he had “very few non-disclosure agreements,” and asserting he was not accused of any wrongdoing “other than maybe they didn’t like a joke I told” – eliciting the first of what would be many groans from the crowd as the night progressed.

Before the moderators moved on to the next subject, Warren managed to squeeze in one final dig.

“I hope you heard what his defence was,” she said. “‘I’ve been nice to some women.'”