Warren Buffett loaned $300 million to Harley-Davidson during the financial crisis. Here's the story of how he helped the motorcycle maker. 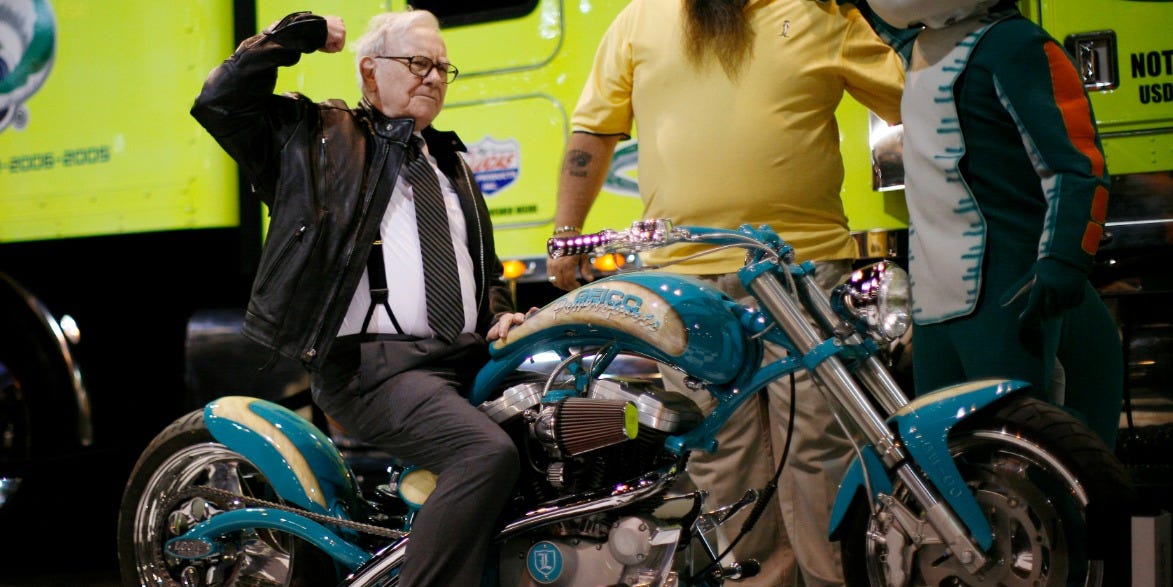 Warren Buffett loaned a little over $US300 million to Harley-Davidson in February 2009, when the famous motorcycle maker was reeling from a one-two punch of weaker demand and a cash crunch during the financial crisis.

A few weeks earlier, Harley-Davidson unveiled a three-part plan to weather the downturn: invest in its brand, cut costs, and find the money to cover its financing division’s roughly $US1 billion in yearly costs.

The first two elements translated into targeting younger and more diverse riders; closing plants, combining operations, and outsourcing some distribution; and laying off about 1,100 employees or about 12% of its workforce.

However, paralysed credit markets made it tricky to fulfil the third part of the plan. The company ultimately decided to borrow from its largest shareholder, Davis Selected Advisers, as well as Buffett’s Berkshire Hathaway.

The pair effectively loaned it a combined $US600 million for five years at a hefty 15% annual interest rate.

“It was the bridge we needed to get us through a rough time,” Harley-Davidson’s finance chief, John Olin, told Fortune magazine in 2014.

The group needed the cash to continue offering financing to motorcycle dealerships and retail customers, and to keep its production lines humming, Olin continued.

The high-interest loan was its only option to borrow money without giving up a stake in the company, he added.

‘I knew enough to lend them money’

Buffett struck a bunch of similar deals during the crisis. For example, he invested $US5 billion in Goldman Sachs and $US3 billion in General Electric in the fall of 2008.

“Credit remained virtually nonexistent,” Alice Schroeder said about that period in “The Snowball: Warren Buffett and the Business of Life.”

“Buffett lent at interest rates that in some instances bordered on usurious.”

The famed investor also showed his ruthlessness by refusing Harley-Davidson’s request to repay its loan early. Berkshire said it was happy with the agreed terms, the company told Fortune.

Buffett likely netted a healthy $US150 million in profit from the loan. However, he could have raked in upwards of $US1 billion by investing the $US300 million in Harley-Davidson stock instead, as its shares more than quadrupled in value between 2009 and 2014.

A shareholder asked Buffett why he opted for debt instead of equity during Berkshire’s annual meeting in 2010.

“I knew enough to lend them money; I didn’t know enough to buy the equity,” the investor replied.

“I kind of like a business where your customers tattoo your name on their chest,” he continued. “But figuring out the economic value of that … I’m not sure even going out and questioning those guys I’d learn much from them.”

Buffett made the loan because he was confident at the time that “a) Harley-Davidson was not going out of business, and that b) 15% was going to look pretty damned attractive.”


Read more:
Mark Minervini says he raked in a 33,554% return over 5 years using a simple stock-trading strategy. Here are his 7 secrets to ‘superperformance.’

Berkshire made “very good money” by making a simple judgement that the company wouldn’t go broke and lending it money, Buffett said at the meeting.

Buying its stock would pose tougher questions such as whether the motorcycle market would shrink or Harley-Davidson’s margins would suffer from the downturn, he added.

Crisis deals such as the Harley-Davidson loan also showed how Berkshire policy of keeping some cash in the bank and never going all in on stocks can pay off handsomely, Buffett argued.

“We felt very good about where that philosophy left us,” he said. “We actually could do things at a time when most people were paralysed, and we’ll keep running it that way.”