Warren Buffett just became the longest-serving CEO of an S&P company. Take a look inside his incredible life and career. 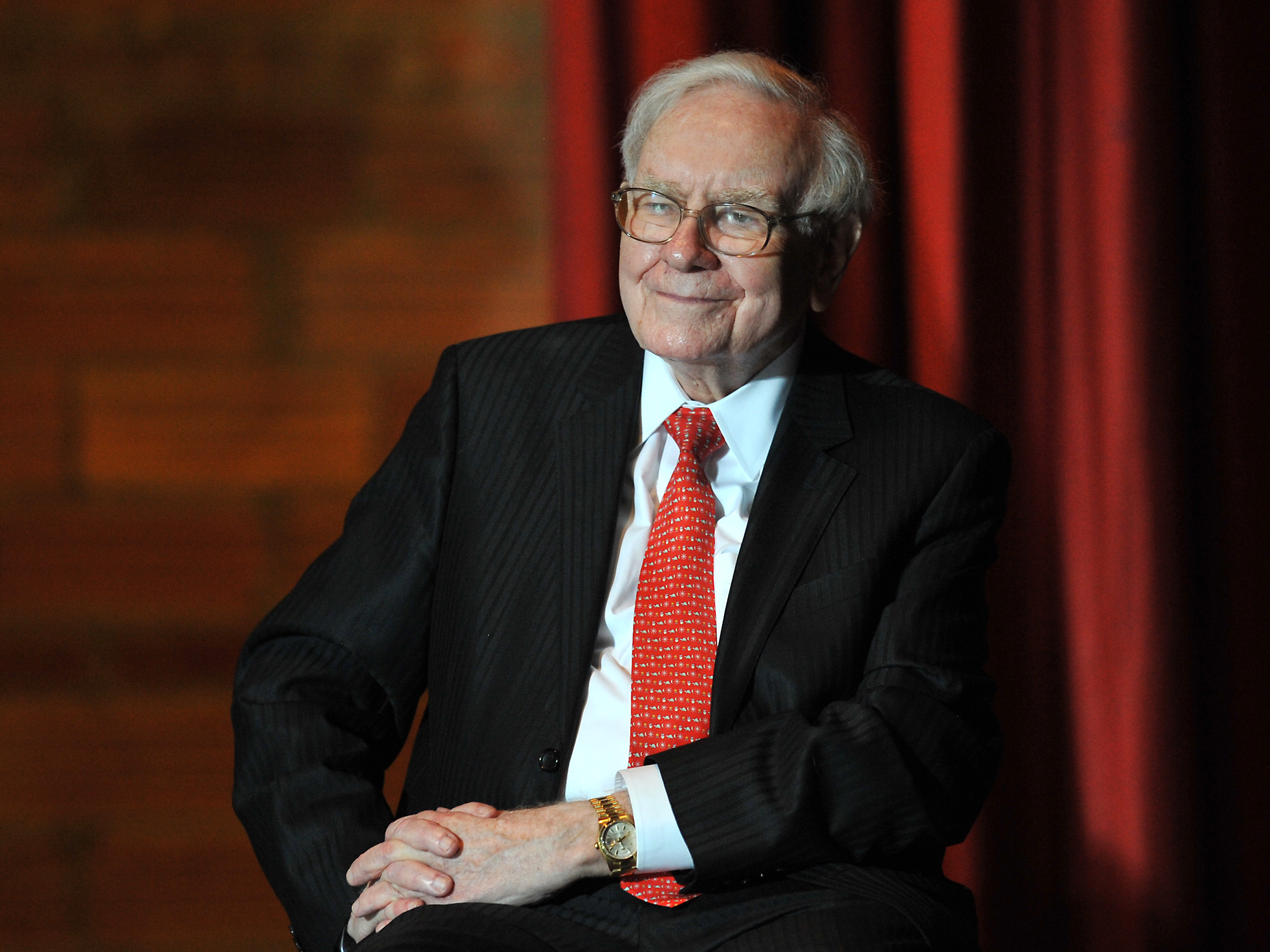 Steve Pope / Getty ImagesWarren Buffett, 89, has been the CEO of Berkshire Hathaway for half a century.

In February 2020, Warren Buffett became the longest-tenured CEO of an S&P 500 company. With a net worth of $US90 billion, he is also one of the richest people in the world, something he had been working towards for much of his almost-90-year life. Buffett gained the title after Les Wexner, 82, of L Brands, the parent company of Victoria’s Secret, stepped down as CEO. Wexner had held the position for 57 years.

Sycamore Partners had recently acquired a majority of Victoria’s Secret stocks. Wexner and disgraced financier Jeffrey Epstein reportedly had a close relationship, attracting controversy in the months preceding his resignation.

Buffett has led Berkshire Hathaway for 50 years and amassed a massive fortune starting with business ventures in his teen years.

Buffett was born in 1930 in Omaha, Nebraska. The “Oracle of Omaha” was born to Howard and Leila Buffett. His father was a four-term US congressman from Nebraska and a stockbroker.

While most kids were playing stickball out in the street, Buffett was rubbing elbows with Wall Street’s most powerful players from an early age.

At age 10, Buffett had his “road to Damascus” moment, on Wall Street.

During a visit to New York City, Buffett and his father joined At Mol, a Dutchman who was a member of the New York Stock Exchange, for lunch.

“After lunch, a guy came along with a tray that had all these different kinds of tobacco leaves on it,” Buffett recalled. “He made a cigar for Mr. Mol, who picked out the leaves he wanted. And I thought this is it. It can’t get any better than this. A custom-made cigar.”

It was at that moment Buffett realised he would dedicate his life to making money.

Buffett caught the investing bug early. When he was 11 years old he purchased his first stock. 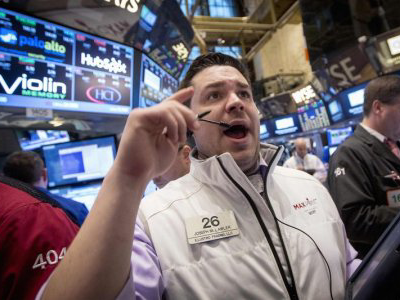 He bought three shares of Cities Services Preferred at $US38 per share. The young Buffett held on to them despite a quick price drop, to $US27 per share, but sold them as soon as they reached $US40.

Buffett’s small profit could have been tremendous if he had waited it out a little longer, as the price of Cities Services Preferred’s stock ultimately soared to nearly $US200 per share.

The experience imparted an important financial lesson, which has informed his investment decisions to this day: Buy and hold.

Buffett’s hustle game was strong as a youth. While he was a high-school student he and a friend operated a lucrative pinball business. He also took on odd jobs like delivering newspapers and washing cars. When Buffett was in high school he pitched the following business scheme to his friend Don Danley after he purchased a $US25 used pinball machine:

“I bought this old pinball machine for 25 bucks, and we can have a partnership. Your part of the deal is to fix it up. And lookit, we’ll tell Frank Erico, the barber, ‘We represent Wilson’s Coin-Operated Machine Company, and we have a proposition from Mr. Wilson. It’s at no risk to you. Let’s put this nickel machine in the back, Mr. Erico, and your customers can play while they wait. And we’ll split the money.”

The duo struck a deal with Erico and the machine was an immediate hit, raking in $US4 bucks on the first night.

Rather than spending their earnings, the young partners reinvested it in more machines.

In a couple of months, Buffett was a pinball kingpin with several machines operating at barbershops across his town. Buffett sold the business for over $US1,000 after a year.

In addition to the pinball business, Buffett undertook a number of odd business ventures during his childhood such as delivering newspapers, selling gum and soda, and washing cars.

Through his various business endeavours, Buffett amassed a small fortune by the time he was 16. In fact, he was so successful that he was reluctant to go to college. He accumulated so much money as a teenager that he didn’t see the point in accepting his offer of admission from the prestigious Wharton School of Business at the University of Pennsylvania.

But he ultimately gave in to the will of his father and went off to college, only to return to Nebraska two years later, at which point he attended the University of Nebraska.

After completing his undergraduate studies, Buffett moved to New York to attend Columbia’s School of Business, where he met his mentor and future employer Benjamin Graham. The catalyst for Buffett’s decision to move to the Big Apple was a well-known Wall Street book titled, “The Intelligent Investor.” Buffett, an avid reader, said he first picked up the book when he was 19, and its philosophy of “value investing” changed his life.

The author of the book, Benjamin Graham, went on to become Buffett’s professor at Columbia Business School. After he earned his master’s degree in 1951, Buffett moved back to work for Buffett-Falk & Co., his father’s brokerage firm in Omaha.

Buffett married his wife Susan Thompson in 1952. The two had an open marriage that lasted until her death in 2004. Warren and Susie had a complicated relationship, to say the least. Although they remained married until Susan’s death in 2004, they didn’t live together for more than half of their marriage.

Susan Buffett left her husband when she was 45. She remained married, to Warren, but lived in San Francisco. The two remained close and spoke frequently on the phone and even went on vacations together. Ultimately it was Susie who set Warren up with Astrid Menks, a waitress who moved in with Buffett and then married him after Susie died.

Buffett moved back to New York City in 1954 after accepting a job with Benjamin Graham. Ivan Dmitri/Michael Ochs Archives/Getty ImagesBuffet and family moved back to NYC in the ’50s.

Graham offered Buffett a job in New York City so the family packed their bags and moved there from Omaha, Nebraska in 1954.Buffett worked for his mentor for two years as an analyst at Graham-Newman Corp., where he made $US12,000 a year.

In 1956, Buffet started his own investment firm Buffett Partnership Limited, which ran for 13 years. In the years that the firm was active, it generated over a hundred million in assets. The initial investment in the firm was a little over $US100,000.

In 1969, Buffett closed the partnership and took on a leadership role with Berkshire Hathaway, a position he holds to this day. Buffett started buying up shares of Berkshire Hathaway, a textile manufacturing firm, during the early 1960s and ultimately took complete control of the business.

The firm now offers investment services and is valued at $US516 billion.

Throughout the early ’80s, Buffett steadily grew his multimillion-dollar net worth and became a billionaire in 1986. And in 1986, at 56, Buffett became a billionaire, despite his humble $US50,000 salary from Berkshire Hathaway. Rick Wilking/ReutersBuffet switched investment, and personal taste in beverages, to Coke in the ’80s.

Berkshire Hathaway currently owns about 10% of Coca-Cola, which amounts to $US22 billion. Buffett is said to drink five cans of Coke a day, after having spent his early years drinking Pepsi.

In 2008, Buffett became the richest person in the world. Forbes named Buffett as the richest person in the world in March 2008 with an estimated wealth of $US65 billion. He dethroned Bill Gates who had held that spot for 13 years. Gates ranked third behind Buffett and Mexican billionaire Carlos Helu.

Gates regained his spot as the richest person the following year. Forbes currently ranks Jeff Bezos at the top of the list.

In 2010, Buffett and Bill Gates created the Giving Pledge, a group of some of the richest people in the world who have made a commitment to donate a majority of their wealth to charity. Buffett’s frugality is a trademark of his “brand.” The 89-year uses a flip phone and prefers to travel on public transportation. This does not mean Buffett is a stingy miser.

In 2019, he beat his own personal philanthropic record by donating $US3.6 billion worth of Berkshire Hathaway stocks to five charities, including The Bill and Melinda Gates Foundation.

In addition, Buffett and fellow billionaire Bill Gates agreed to donate at least half of their fortunes to charity when they created and signed the Giving Pledge.

Since 2010, over 150 people have made the pledge, including Facebook’s Mark Zuckerberg.

Buffett was presented with the Presidential Medal of Freedom by President Obama in 2011 for his commitment to philanthropy. 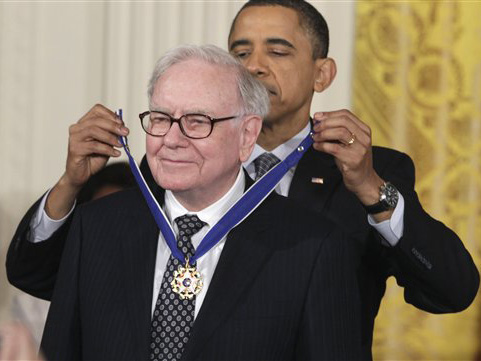 The group honoured that year also included cellist Yo-Yo Ma and Maya Angelou. President Obama called the recipients “some of the most extraordinary people in America and around the world.”

In 2018, Buffett tried to invest in Uber but was unsuccessful. He was also outbid for an energy company in 2017. 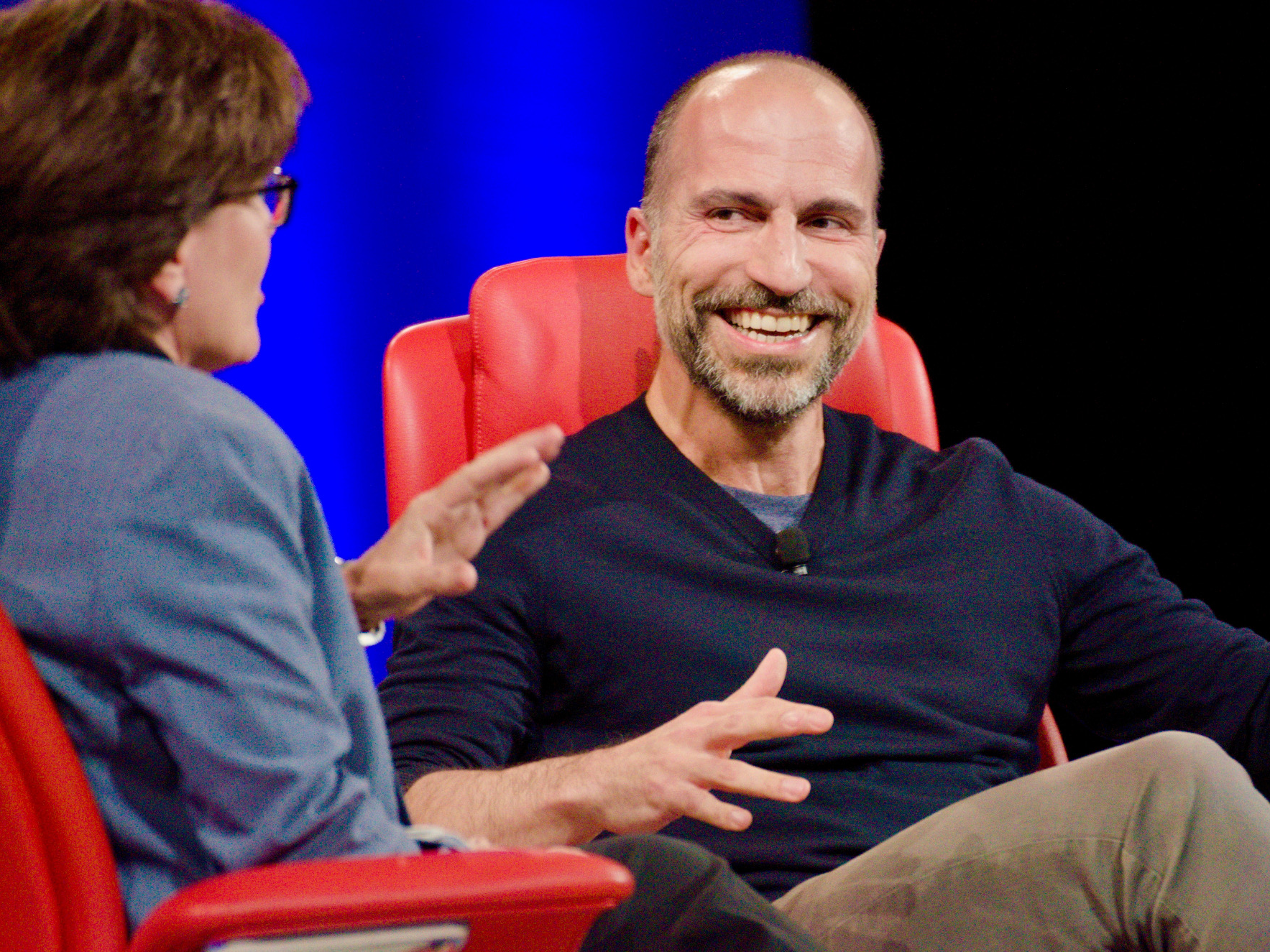 Greg Sandoval/Business InsiderDara Khosrowshahi, CEO of Uber, is interviewed at the 2018 Code conference.

Buffett’s recent dealmaking efforts have run into a few roadblocks. He was outbid for the energy company Oncor in 2017. The Buffett-backed conglomerate Kraft Heinz called off plans to merge with Unilever, a deal valued at $US143 billion. Buffett tried and failed to invest $US3 billion in Uber, in 2018.

In his company’s annual letter in 2018, Buffett lamented the fact that high stock valuations derailed nearly every investment idea the firm had in 2017.

The requirement of a sensible purchase price “proved a barrier to virtually all deals we reviewed in 2017, as prices for decent, but far from spectacular, businesses hit an all-time high. Indeed, the price seemed almost irrelevant to an army of optimistic purchasers,” he said.

In 2018, Buffet promoted two vice-chairs to Berkshire Hathaway’s board. This fuelled speculation that the two men might potentially succeed him one day. 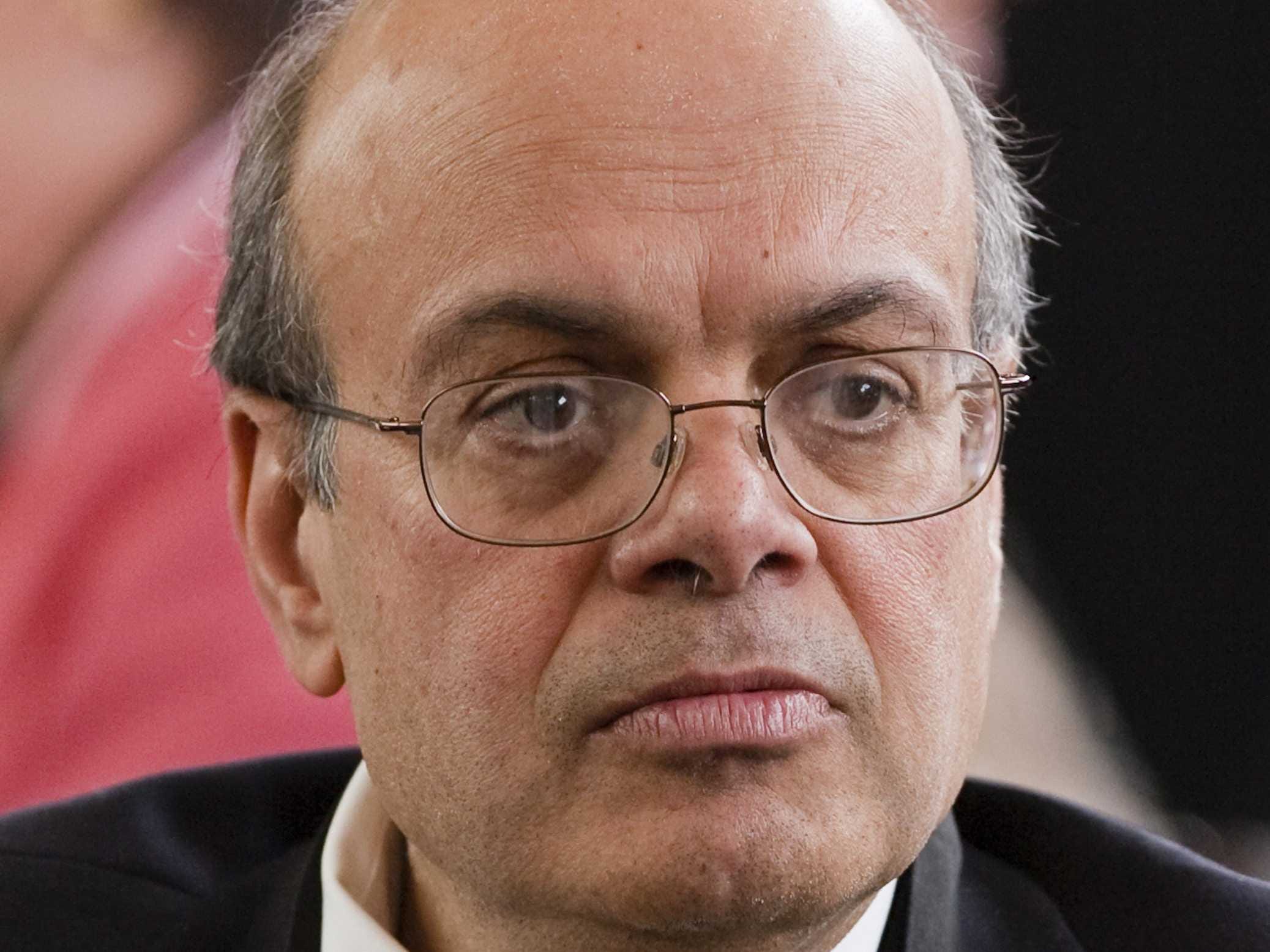 Abel was appointed as Berkshire’s vice chairman for non-insurance business operations, and Jain as vice chairman, insurance operations. Buffett described the appointments as “part of a movement toward succession,” providing the clearest hint of the pool of candidates he’s considering to replace himself.

Abel and Jain each made $US18 million in 2018 after they were appointed to the board.