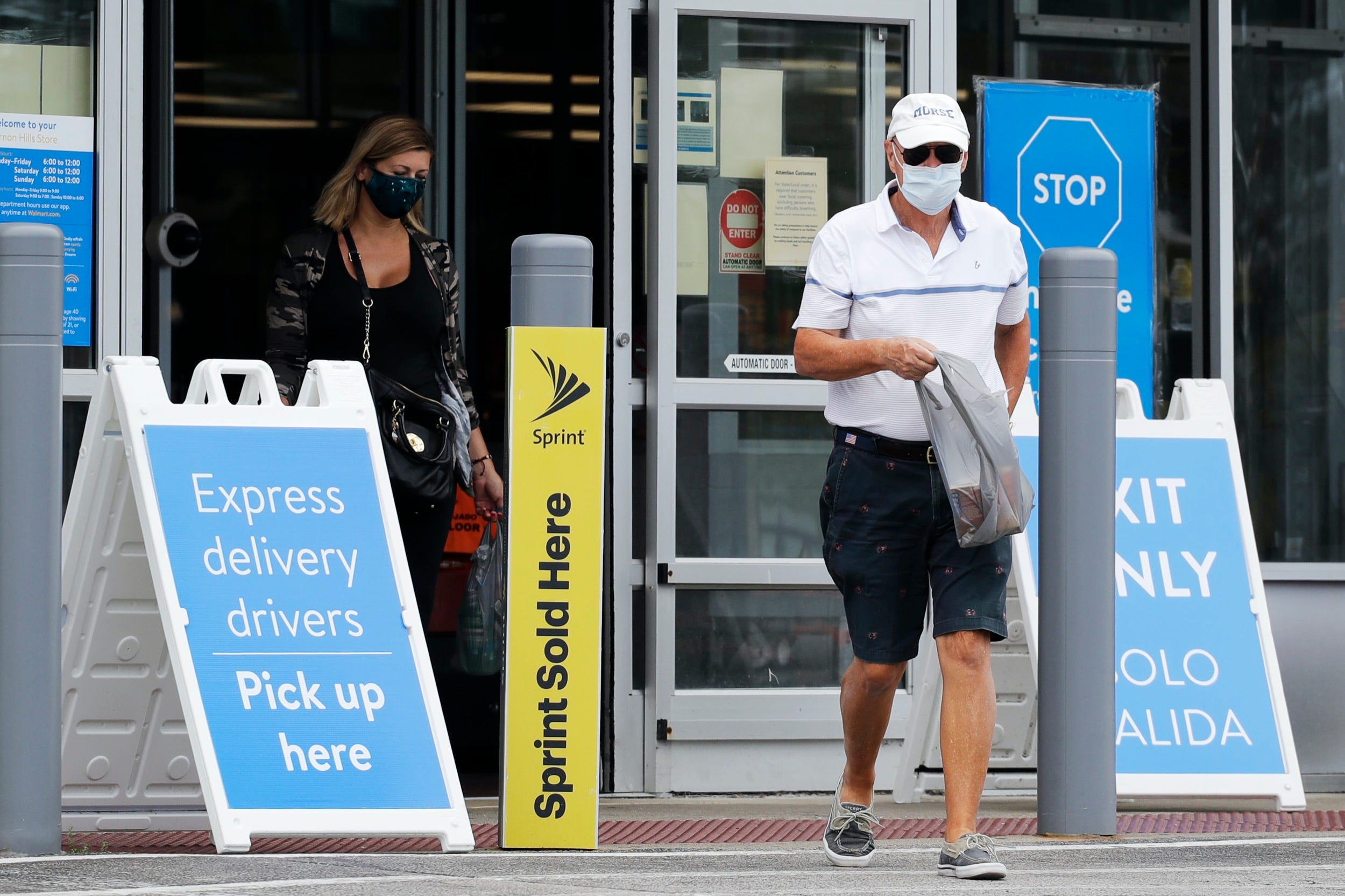 Walmart is seeing dramatic changes in how consumers are shopping amid the pandemic.

The company reported Tuesday that its sales soared in the second quarter compared to last year, with same-store sales rising 9.3% and ecommerce sales nearly doubling.

The major drivers behind the sales boost came from shoppers spending stimulus funds on groceries and household goods, as they spent more time at home, Walmart executives said.

The data further shows a shift in how customers are planning and executing their shopping trips.

Overall, shoppers are making far fewer trips to stores, with total transactions falling 14%. And they are spending significantly more during each visit, as the average ticket size during the quarter increased a whopping 27%.

Neil Saunders, managing director of GlobalData retail, called this a “remarkable shift in the way consumers are shopping.”

In a note to clients, he said shoppers are consolidating their purchasing into fewer trips to limit their exposure to COVID-19.

Walmart CEO Doug McMillon also commented on this shift in a call with analysts on Tuesday, saying, “The health crisis continued to affect shopping behaviour in the second quarter with trip consolidation and larger basket size of the stores, as well as channel shifts toward e-commerce.”

During the second quarter, Walmart said it saw strong sales in categories including TVs, computers, outdoor entertainment, and sports.

Grocery sales have also been strong, as restaurants across the US continue to face operating restrictions due to COVID-19.

“Families continue to prepare more meals at home and our business has benefited from that trend,” McMillon said. Additionally, “As you would expect, there continues to be an extremely high demand for disinfectants, cleaning supplies, and paper goods,” he said.

In some cases, shopper demand has resulted in extreme out-of-stocks across Walmart stores and online.

“I saw some stores that were remarkably light [on inventory]. It was just – it was deeply concerning, and the team was obviously scrambling,” McMillon said, describing his visits to stores early in the second quarter.

“We were out of stock on fabrics. We were having challenges in sporting goods,” he said. “We needed a lot more inventory than what we had during the course of the second quarter.”

“General merchandise categories had accelerating growth, both in-store and online, as government stimulus funds were dispersed,” Walmart chief financial officer Brett Biggs said. “As stimulus funds tapered off towards the end of the quarter, sales started to normalize.”