Walmart, CVS, and Target promised to help fight coronavirus by rolling out testing centres, but only a handful are now operating. Here's the latest on the White House-led project. 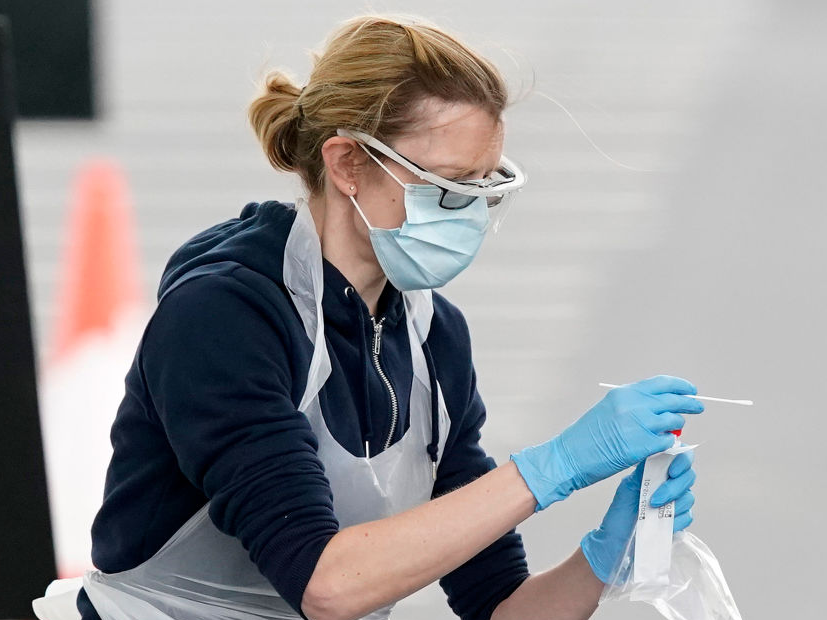 One month later, fewer than 20 of these sites are operating. But retailers say more test sites are in the works.

Here’s an update on where things stand from each company partnering with the White House to expand coronavirus testing.

The company plans to have more than 20 coronavirus testing sites operating in at least 10 states by the end of April, the company told Business Insider on Monday.

“We currently have three sites open, and we have plans to expand testing to multiple sites next week with the goal of having more than 20 sites in more than 10 states by the end of the month,” a Walmart spokesperson said Monday, before the company opened its fourth site on Tuesday. “We have been learning a lot from our initial sites so that we can get the model right and are working hard to help expand testing in areas of need as quickly as possible.”

The spokesperson added: “We remain committed to supporting government efforts to expand COVID-19 drive-thru testing during this critical time, and we are working closely with Quest Diagnostics, HHS, and several states to open sites in areas of need.”

The sites are staffed by medically trained Walmart pharmacists and lab partner employees, as well as community volunteers.

These sites offer self-swab nasal tests – meaning patients obtain their own nasal samples with a swab – which are overseen by Rite Aid pharmacists.

“Through our partnership with the White House Coronavirus Task Force, and with tremendous support from state and local officials, we will significantly expand COVID-19 testing to more than 5,000 tests daily in our country’s key hot spots when fully operational,” Heyward Donigan, Rite Aid president and CEO, said in a statement.

To receive a test, people must pre-register online and schedule an appointment. The tests are free for people who meet criteria for testing laid out by the Centres for Disease Control.

The company said it would be able to test up to 3,000 people per day across these additional sites, which were expected to begin operating last week.

The company did not respond to Business Insider’s request for comment on the status of the sites.

“We have learned a tremendous amount since opening our first government-run drive through testing location on March 21, including the amount of tests we can perform in our parking lots, which we expect to increase by using Abbott’s new ID NOW COVID-19 test,” the company said in a press release.

Target said in March that it planned to partner with the federal government to facilitate public access to coronavirus testing centres.

In response to Business Insider’s request for comment, Target shared a statement from the company’s coronavirus hub on its website.

“Since then, we continue to work with federal, state and local officials and task force partners to identify parking lot locations to serve as temporary testing sites,” the company’s statement said.

The statement also confirmed that there is currently one open coronavirus testing site in the parking lot of a Chula Vista, California store, which is being operated by the University of California, San Diego (UCSD).

“We stand committed to offering our parking lot locations and supporting the efforts of federal, state and local officials, as needed,” Target added in its statement.

“We’re in discussions with numerous other states about the potential to open additional sites and we will share more details when they are available,” the spokesperson added.