Warning: There are spoilers ahead for season nine, episode six of “The Walking Dead,” “Who Are You Now?”

Sunday’s episode of “The Walking Dead” marked the beginning of a new era without Rick Grimes, and there was a lot to be excited about.

We’re six years into the future and most of the main cast is rocking new looks, Carol showed why she’s still a Queen when she channeled her season five self on a group of Saviors, and there’s a Richonne baby!

From references to the comics and a necklace around Michonne’s neck to a Shane nod that was easy to miss the first time around, keep reading to see what you may have missed on this week’s “The Walking Dead.”

Six years have passed since Rick disappeared on last week’s episode of “The Walking Dead.”

It’s never made clear on last week’s episode of “TWD” or Sunday’s episode, but showrunner Angela Kang confirmed to INSIDER it is a six-year time jump that we see at the end of Rick’s final episode.

“She’s [Judith] about four, four-and-a-half when we start the season and then we jump to her being 10 years old, much like Carl was in the comic book and when he started on the show,” Kang told INSIDER.

You can read more on what Kang had to say about the time skip and some flashbacks we’ll eventually see on the show here.

Carol wakes up to a phrase on the wall of the Kingdom.

It says, “At times we crack only to let the light in.” That’s a phrase King Ezekiel came up with that is on the wall at the Kingdom.

He wrote a bunch of phrases like that on walls at his community. When Carol first comes to The Kingdom on season seven, episode two, Morgan wheels her by a wall with the phrase, “Hope is the North star, let it guide you” on her way to meet the king.

Michonne is wearing a new necklace with a ring around it.

You may have noticed Michonne has swapped her regular gold chain with a larger silver one that has a ring around it. The gold letter “M” is still there, too.

The obvious thought is that Michonne is wearing Rick’s ring around her neck, and it just might be his. It’s tough to believe that Rick wasn’t wearing his wedding ring – the one he always wears when he departed on the plane with Anne.

INSIDER went back through high-res photos from season nine, episode five and it looks like Rick was missing it. It looks like he may have conveniently left it behind at Alexandria before heading out.

Aaron lost part of his left arm on the second episode of the season and it immediately made us think he’s taking on part of the role of comic-book Rick Grimes. In the comics, Rick loses his right arm when the Governor cuts it off. It’s then replaced by a less fancy prosthetic.

Did the older Henry look familiar to you? He should have!

The older Henry is seen practicing fighting with a stick soon after in the episode. That’s something Morgan taught him and his older, deceased brother Benjamin. It’s almost a direct callback to when we saw Benjamin practicing last season.

King Ezekiel mentions Henry is going to work with Earl the blacksmith at the Hilltop.

If you’re familiar with the comics, it’s an older Carl Grimes who moves to the Hilltop to start learning how to be a blacksmith. It looks like that role is going to the older Henry now.

Earl was first introduced on the season nine premiere when he went after Maggie.

A little girl welcomes Aaron back to Alexandria by yelling out, “Daddy!”

That’s little Gracie, who should be around seven to eight years old after the two combined time jumps this season.

Gracie was a baby who Rick found at one of Negan’s outposts on season eight. He gave the baby to Aaron to raise.

The group at Alexandria has brought back the council to help rule the community.

Maggie was also using a council to help run The Hilltop earlier on season nine. The group originally used one to govern over the prison after the end of season three, seen above.

Rick started asking people three questions to see whether or not he should add people to his group. He was inspired after a phone call he had on season three during a hallucination.

The new questions Magna and her crew hear are:

Who were you? Who are you now? What did you do to survive?

Why did the questions change? Perhaps they needed to evolve because it’s been so long that people won’t recall how many of the dead and living they have killed. Maybe it has something to do with a bad event that occurred in Alexandria over the past few years. It seems pretty clear that some other group must have betrayed or harmed Alexandria and that’s why Michonne is extra cautious of who they allow into the community.

Later in the episode, Siddiq briefly discusses that things changed at the community at some point in time. We’re guessing it has something to do with that “X” carved into Richonne’s back. Hopefully, we’ll learn more about that soon.

When Negan speaks to Judith, he references her dead father, Shane.

This was such a fast moment that it was easy to miss. While speak about a maths problem, Negan says, “Lemme ask you something.”

If you’re a big Shane fan, your ears should have perked up because that was a favourite go-to line for the character. The better part? Shane is Judith’s father so it was kind of perfect seeing that line said to his daughter since it’s definitely something he would have said to her if he was alive.

If you’re a big fan of the comics, you were probably excited to see the first of what should be more moments between Negan and Judith. Kang told INSIDER by having a 10-year-old version of Judith on the show they would be able to highlight some of the great comic moments shared between Carl and Negan that they haven’t shared on the show, yet.

Gabriel is seen tinkering with a radio that we may have seen before.

Gabriel tells Rosita he hopes he can find other survivors using his radios. Doctor Carson and Father Gabriel came across a large amount of radio equipment on season eight, episode 11.

We’re not positive if that’s the very same one he went back to go and get, but if it is, that’s a pretty cool nod. In the comics, Eugene uses a radio to find new survivors at another community, the Commonwealth, which has already been teased this season.

You may have missed this subtle introduction, but the Richonne baby is here!

Late in the episode, it’s revealed Michonne has a son named R.J.

If you missed his name or weren’t positive who’s child this is, INSIDER can confirm that the little boy is Rick and Michonne’s child.

You can read more on our conversation with Kang and why the show decided to add the Richonne baby to the series here.

Judith has her father Rick’s gun.

Rick had his gun on his final episode of “The Walking Dead” when he blew up the bridge. Since we see Judith with it, it seems pretty safe to assume that the group went looking for Rick.

It’s sadder thinking that they only found his gun afterward.

If the pose of the sheriff toy Judith had looked familiar, there’s a reason.

According to AMC’s “Talking Dead,” the pose for the toy sheriff Michonne finds was inspired by a season three poster for “The Walking Dead” featuring Andrew Lincoln seen above. 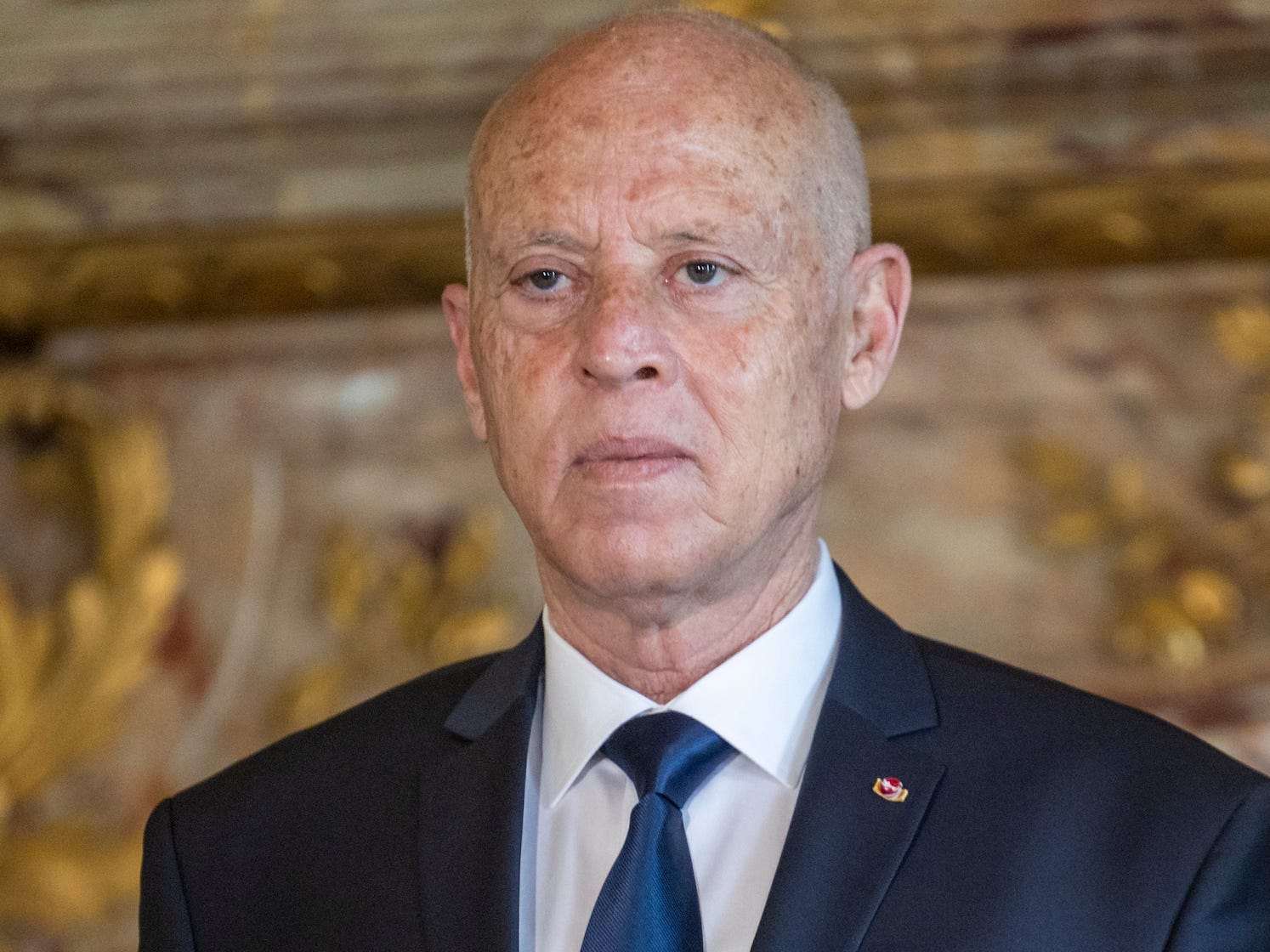