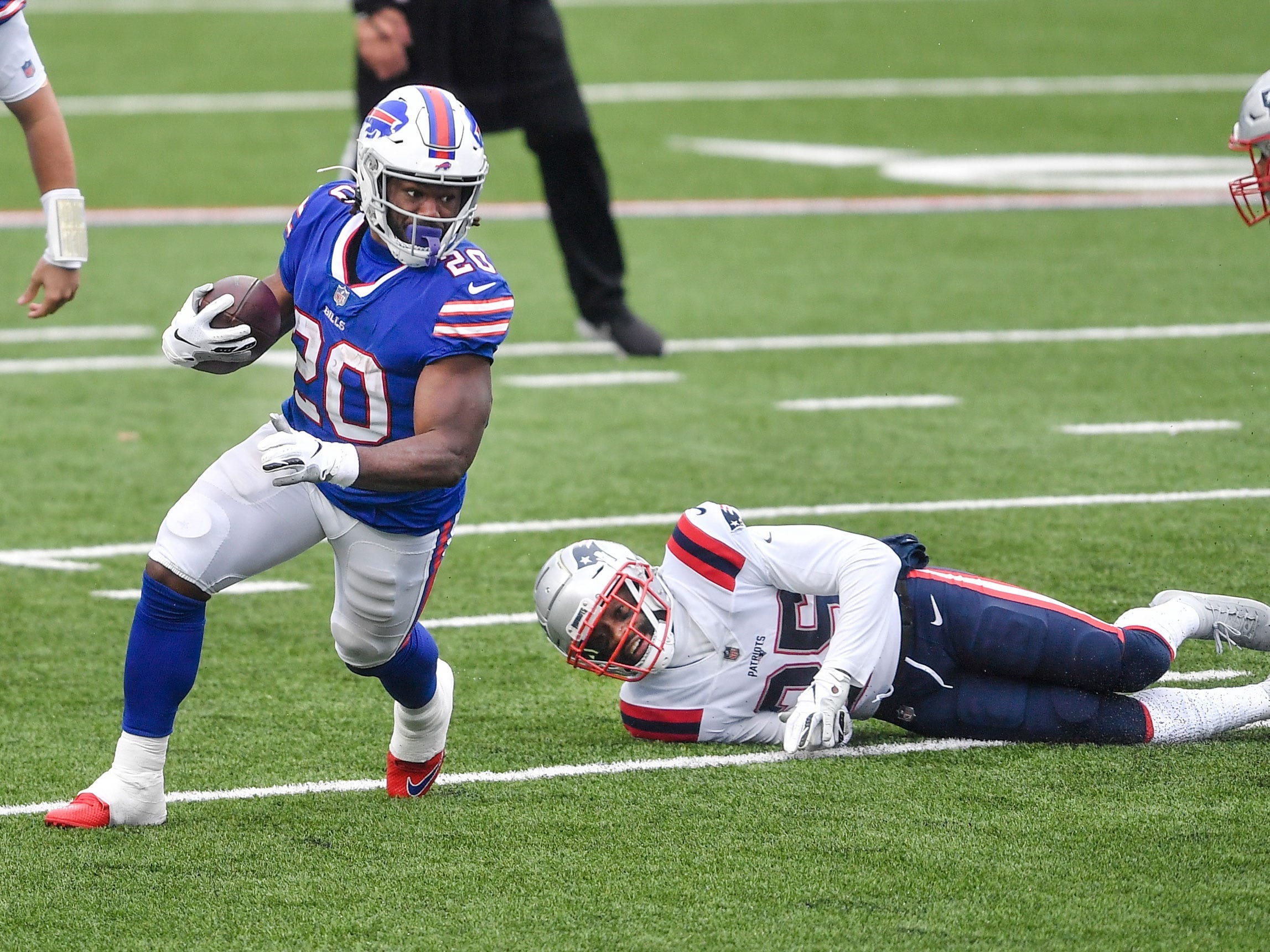 We’ve reached the halfway point of the 2020 NFL season, and for fantasy players, it’s time to get serious.

Bye weeks abound, and whether you’re sitting atop the rankings hoping to hold on to a first-round bye or scratching and clawing for a spot in the playoffs, every game counts.

During Week 8, several players emerged as potential additions to help you fill out your roster and make a run at the postseason.

Take a look below at 14 players available on the waiver wire that could help you win your fantasy season.

One thing to know: Zack Moss had an even split of carries with fellow Buffalo running back Devin Singletary on Sunday, and most importantly, made the most of his red zone carries. While Singletary was the guy to have heading into the season, Moss has made a role for himself. 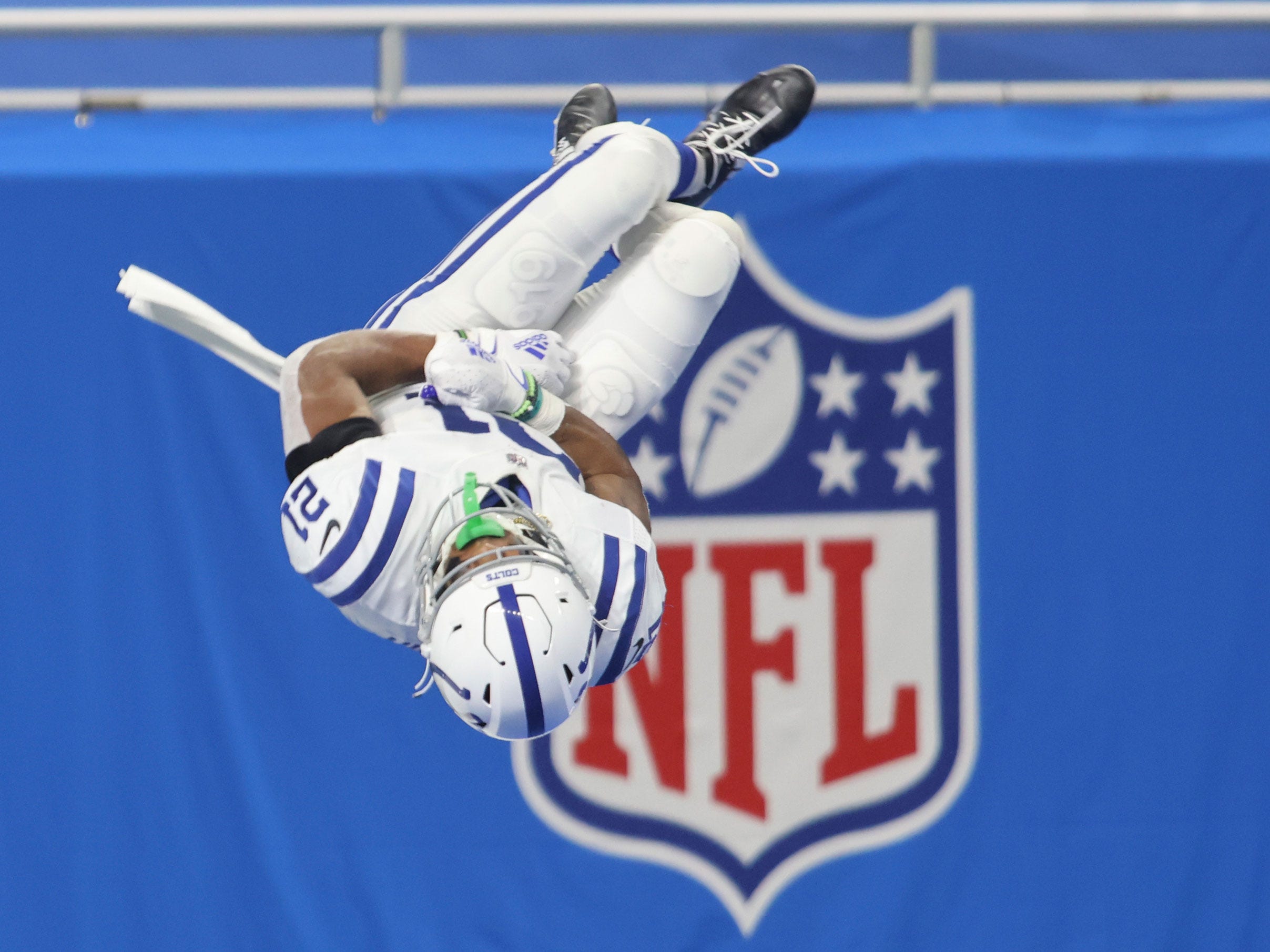 One thing to know: Nyheim Hines is an important part of the Colts passing game and the team does a pretty good job of getting him open in space. While you can’t expect two touchdowns out of him every game, for PPR players, he’s a fine pick to slot into lineups if you have a brutal bye week coming up.

One thing to know: Hines may have finished with the higher score for the day, but Wilkins might have proven himself the breakout star of the Colts backfield on Sunday, taking 20 attempts for 89 yards. If you were waiting for Jonathan Taylor to pan out for Indianapolis, it may be time to hitch yourself to Wilkins’ wagon. 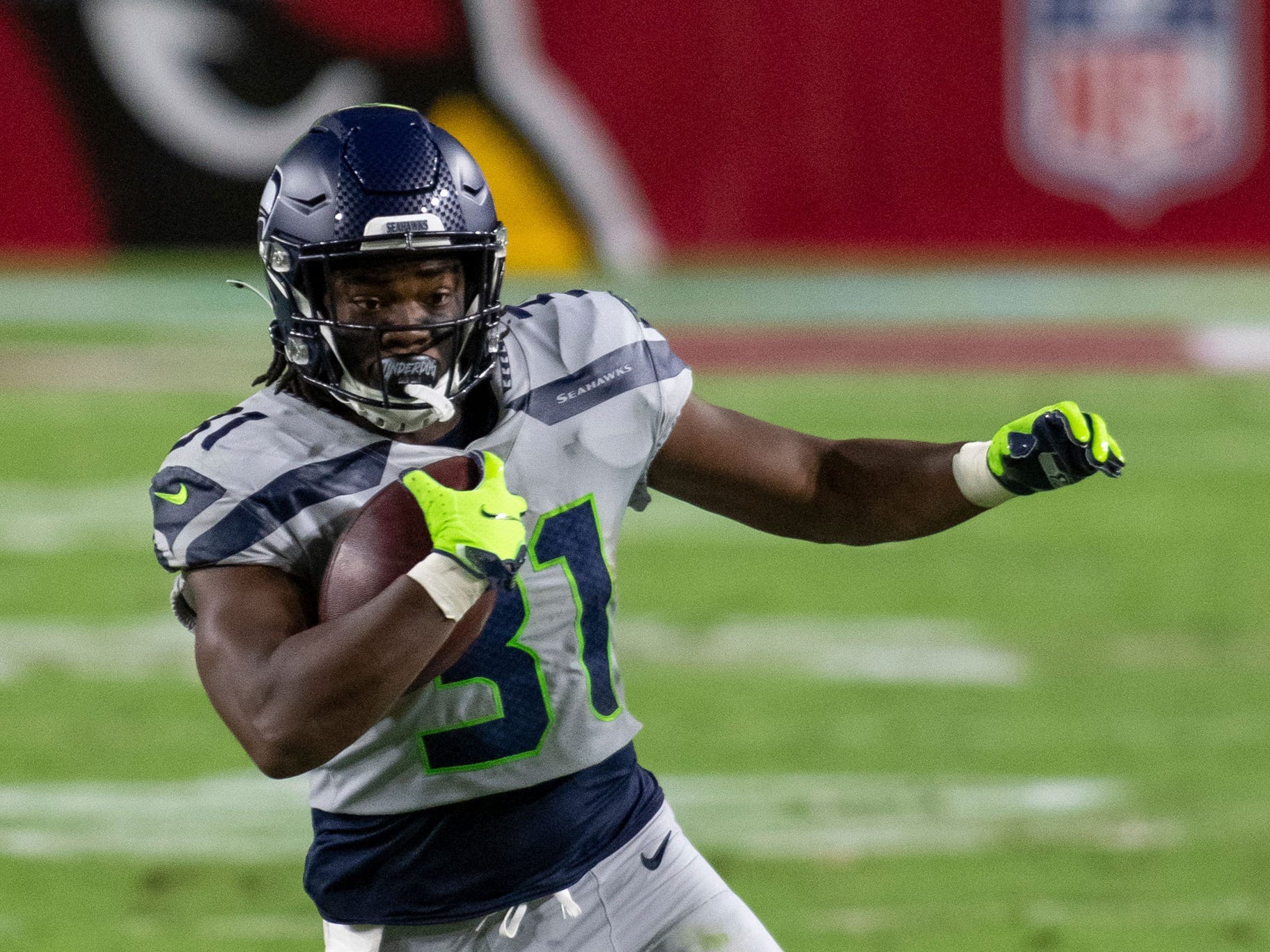 One thing to know: DeeJay Dallas scored twice for the Seahawks on Sunday after stepping into a main role in the offence on short notice with both Chris Carson and Carlos Hyde sidelined due to injury. While both of the other backs may be healthy again soon, Dallas could retain some fantasy value depending on how quickly they return and what the workload split is like when they do.

One thing to know: Joe Mixon may be back in the Bengals offence soon, but in his absence Giovani Bernard has absolutly done enough to keep himself involved in the team’s rushing attack.

One thing to know: Picking a running back for your fantasy team out of the Patriots backfield is always a bit of a game of roulette, but Damien Harris made a solid case for more action moving forward for the team, taking 16 carries for 102 yards and a score.

One thing to know: Corey Davis now has 10 targets and one touchdown in two straight games for a Titans offence that has been one of the most efficient in the league through the first half of the season. In the five games he’s played this season, he hasn’t scored less than 11 fantasy points. 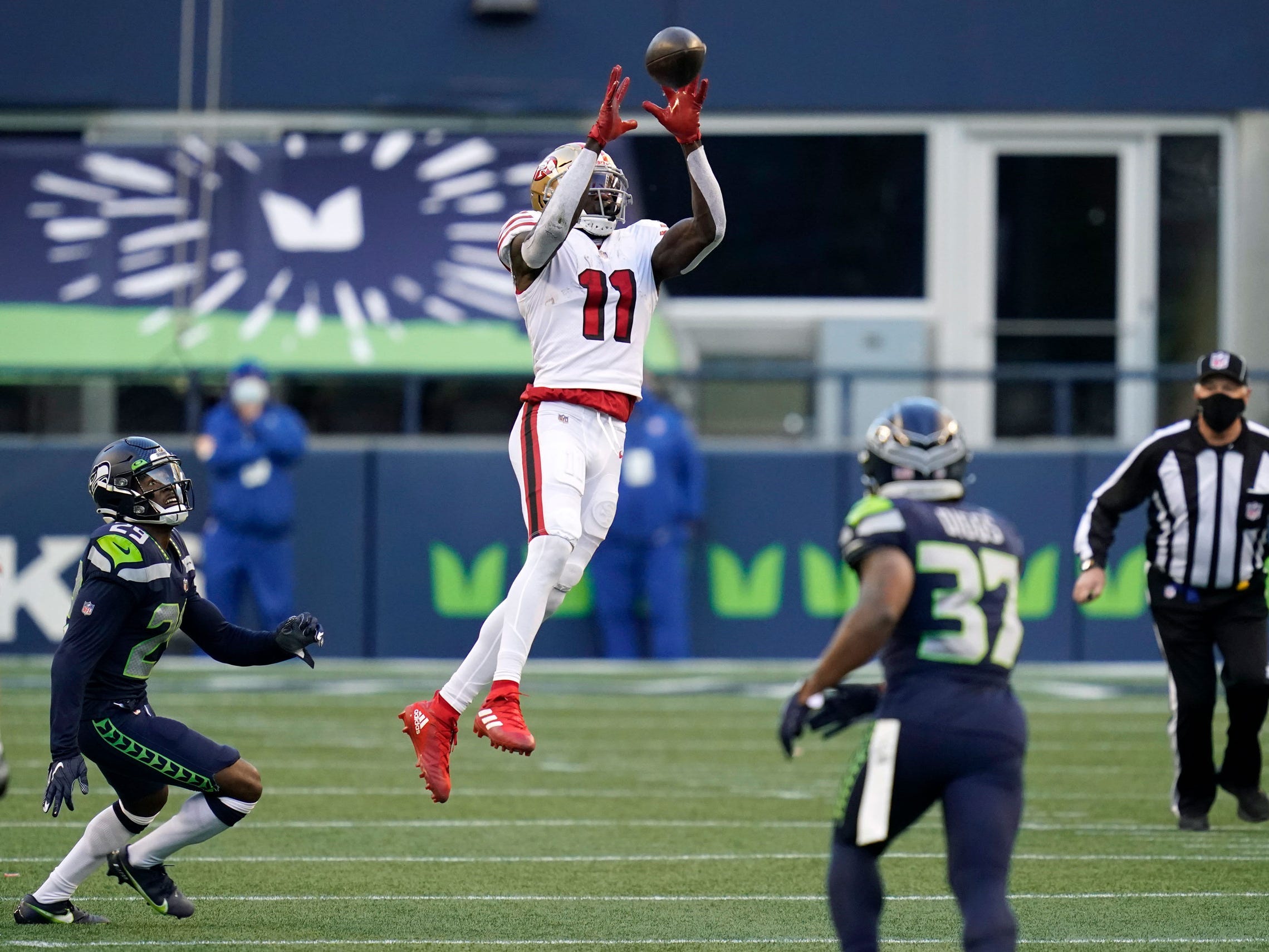 One thing to know: The 49ers seem determined to use every part of Brandon Aiyuk’s talents. This week he was a huge target for the team, bringing in eight receptions on a team-leading 11 targets. In past weeks, he’s been a rusher and a big part of some misdirection from the San Francisco offence.

One thing to know: With so many potential breakout players in the Chiefs offence, it’s tough to single out a receiver outside of Tyreek Hill and tight end Travis Kelce. That said, Mecole Hardman had nine targets on Sunday and caught seven of them. If given the opportunity, he’s got plenty of fantasy value.

One thing to know: Playing against the Falcons defence surely helps, but Curtis Samuel was unstoppable last week, featuring heavily in both the Panthers passing and rushing attack. With the Panthers playing the Chiefs next week, expect Carolina to be passing quite a bit.

One thing to know: Marvin Hall made the most of his catches on Sunday, including hauling in a 73-yard reception from Matthew Stafford. He’ll be a boom-or-bust player, but we’ve seen deep threat receivers put up big fantasy numbers with Stafford in the past.

One thing to know: If you have a tight end on bye this week or just have been juggling players at the position, Robert Tonyan is a regular part of the Packers offence, making five receptions on seven targets on Sunday. 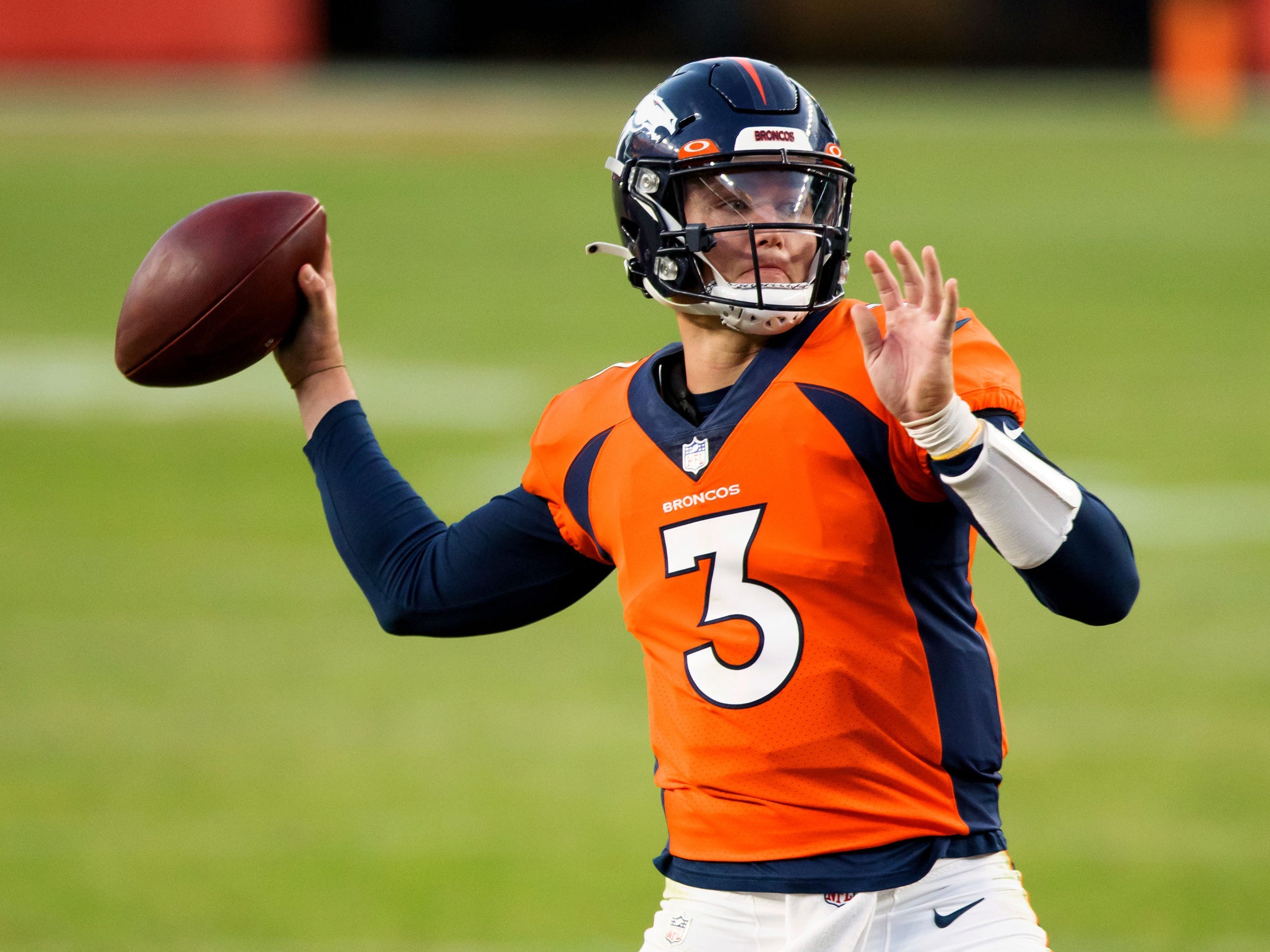 One thing to know: Drew Lock had one of the best games of his young career on Sunday, leading the Denver Broncos to a comeback win in the final seconds against the Chargers. He has a tasty matchup next weekend against a Falcons defence that is giving up the second-most passing yards to opposing QBs in the NFL.

One thing to know: The Washington Football Team is coming off of a bye week and facing a Giants team that is averaging just 17 points per game.