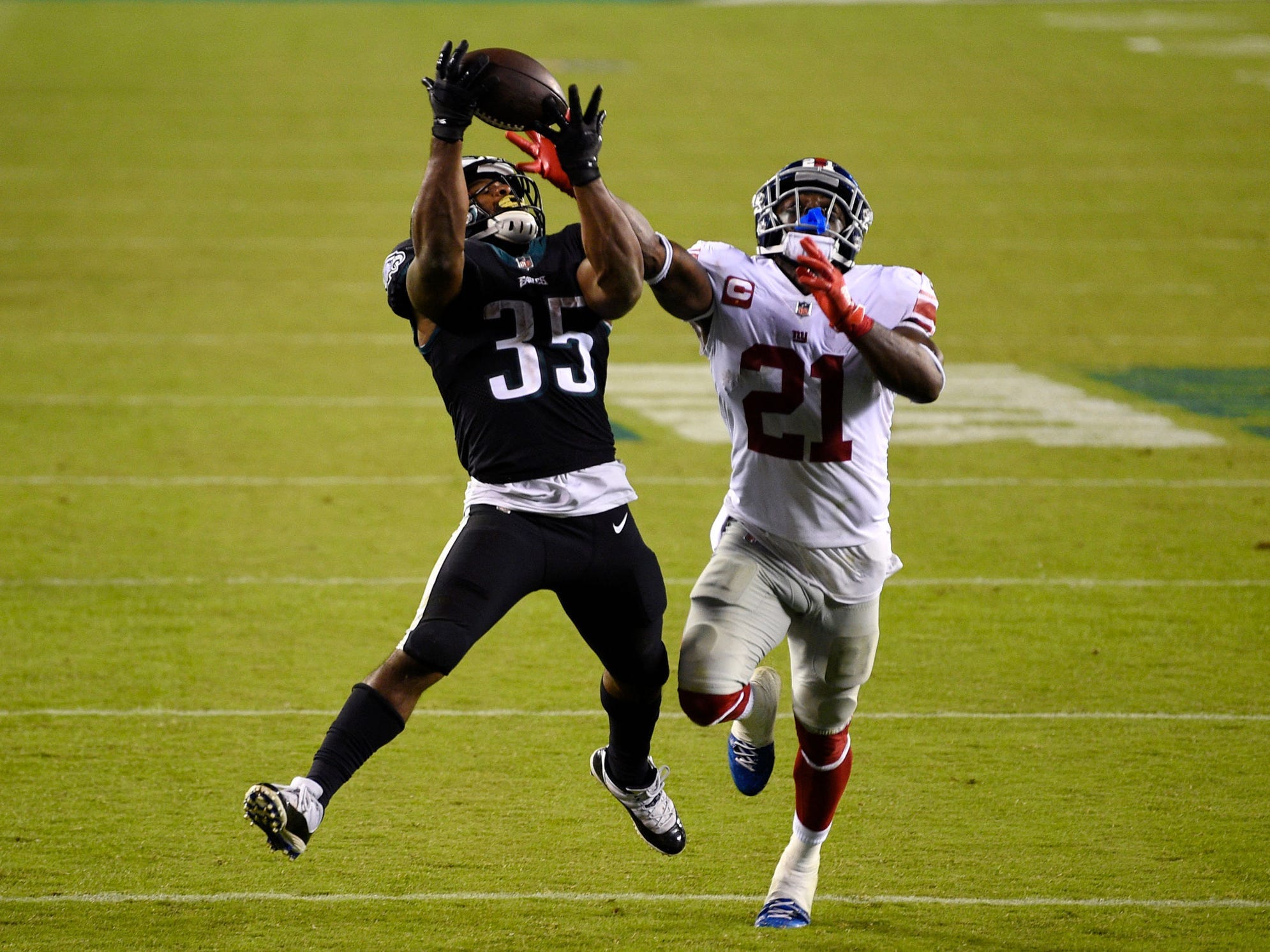 Some teams are already cruising to a playoff appearance and looking to secure a first-round bye. Others are looking at a roster decimated by injuries and wondering how they can turn things around. And regardless of where your team sits in the standings, every fantasy player is currently navigating the difficulties that bye weeks bring to a roster.

Thankfully, there are plenty of options to fill out your lineups this week. Whether they made the jump after taking over for an injured player in front of them or have simply grown into a role within their offence, there are players available on the waiver wire that can help your team win.

Take a look below at our best waiver-wire additions for Week 8 of the fantasy football season.

One thing to know: Chase Edmonds was already a valuable part of the Cardinals offence, with three touchdowns through seven games. With Kenyan Drake out for a few weeks, Edmonds will take an even bigger role in the Arizona attack. Pick him up if you can. 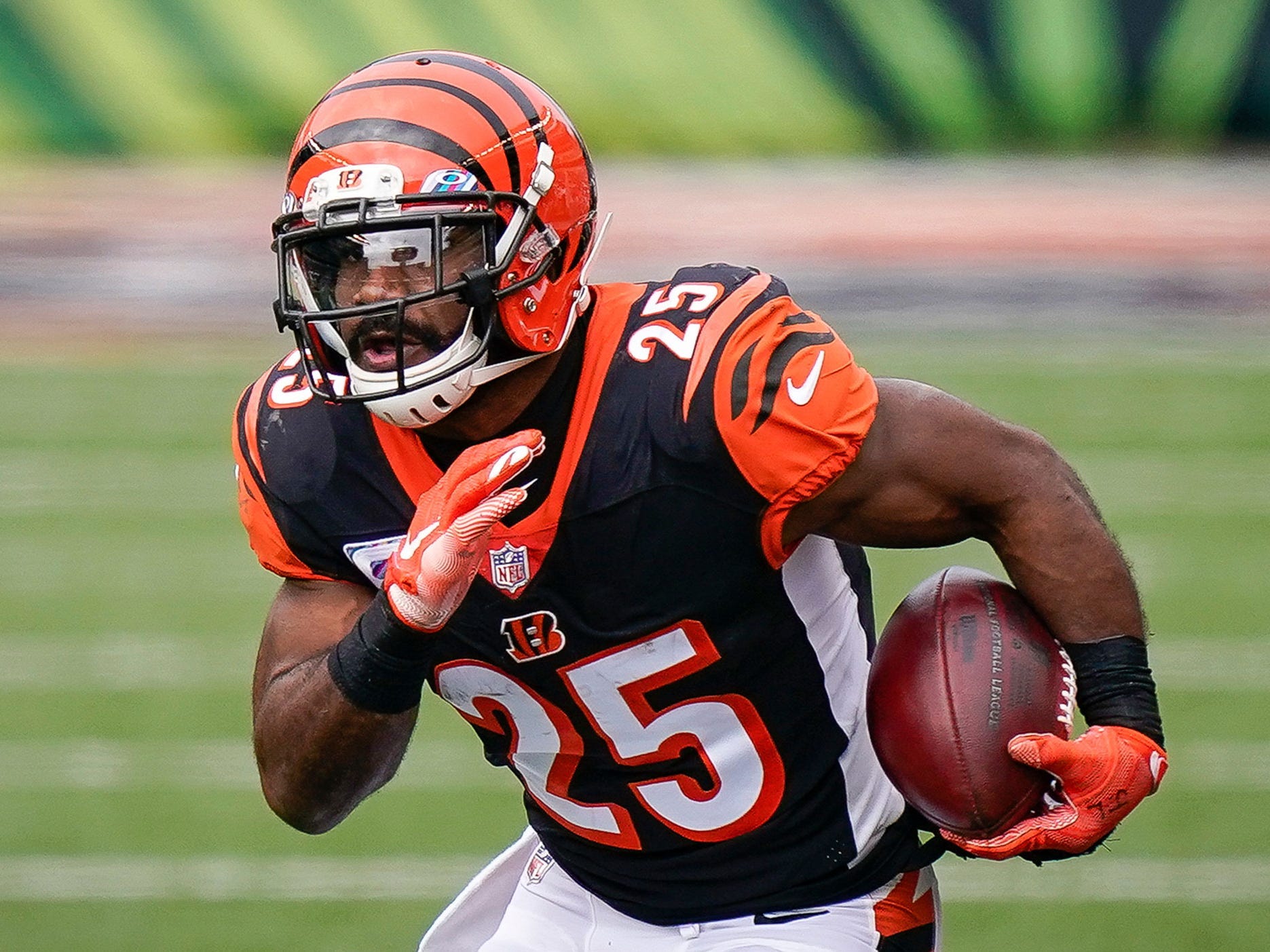 One thing to know: Giovani Bernard was productive for the Bengals after taking over the starting role for an injured Joe Mixon on Sunday. He should be a quality fantasy running back until Mixon is back.

One thing to know: The Philadelphia Eagles are injured all over the field, but running back Boston Scott was still able to find a way to have a solid day, and next week has a matchup against a Dallas defence that ranks dead last in the NFL in rushing yards allowed.

One thing to know: Seahawks starting running back Chris Carson is listed as week-to-week after suffering an ankle injury on Sunday. If he can’t go next week, Hyde is a great cheap addition to your lineup.

One thing to know: Scotty Miller’s value might be a bit threatened by the addition of wide receiver Antonio Brown as there are only so many targets that Tom Brady can dole out to his many talented options on offence. But with Chris Godwin now set for surgery on a broken finger, Miller’s spot in the offence is secure, at least for the immediate future. 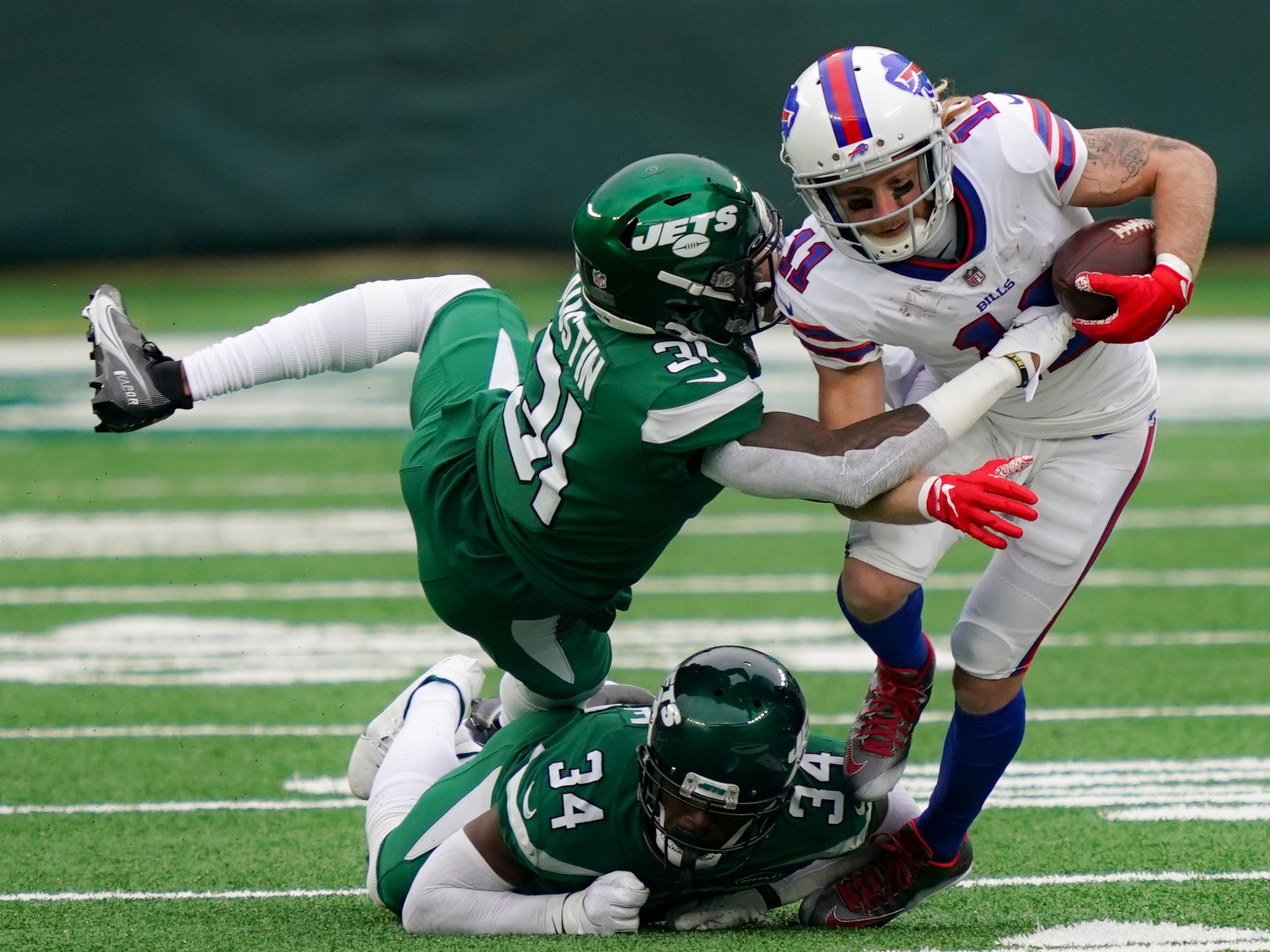 One thing to know: Cole Beasley has been consistent all year, with at least 11 fantasy points in six straight games, including a 100-yard performance last week. If you need a bye-week fill-in that will provide you with reliable production, Beasley is your man.

One thing to know: After becoming a meme last season in Philadelphia, Nelson Agholor appears to have found his spot with the Raiders. Watching Las Vegas play, it’s clear that head coach Jon Gruden has designed a few plays specifically to get him in space, and last week against the Buccaneers, it paid off with a big day.

One thing to know: Christian Kirk has scored five touchdowns in the past four weeks, averaging 17 fantasy points per game over that stretch. Somehow, he’s still available in nearly half of ESPN fantasy leagues. 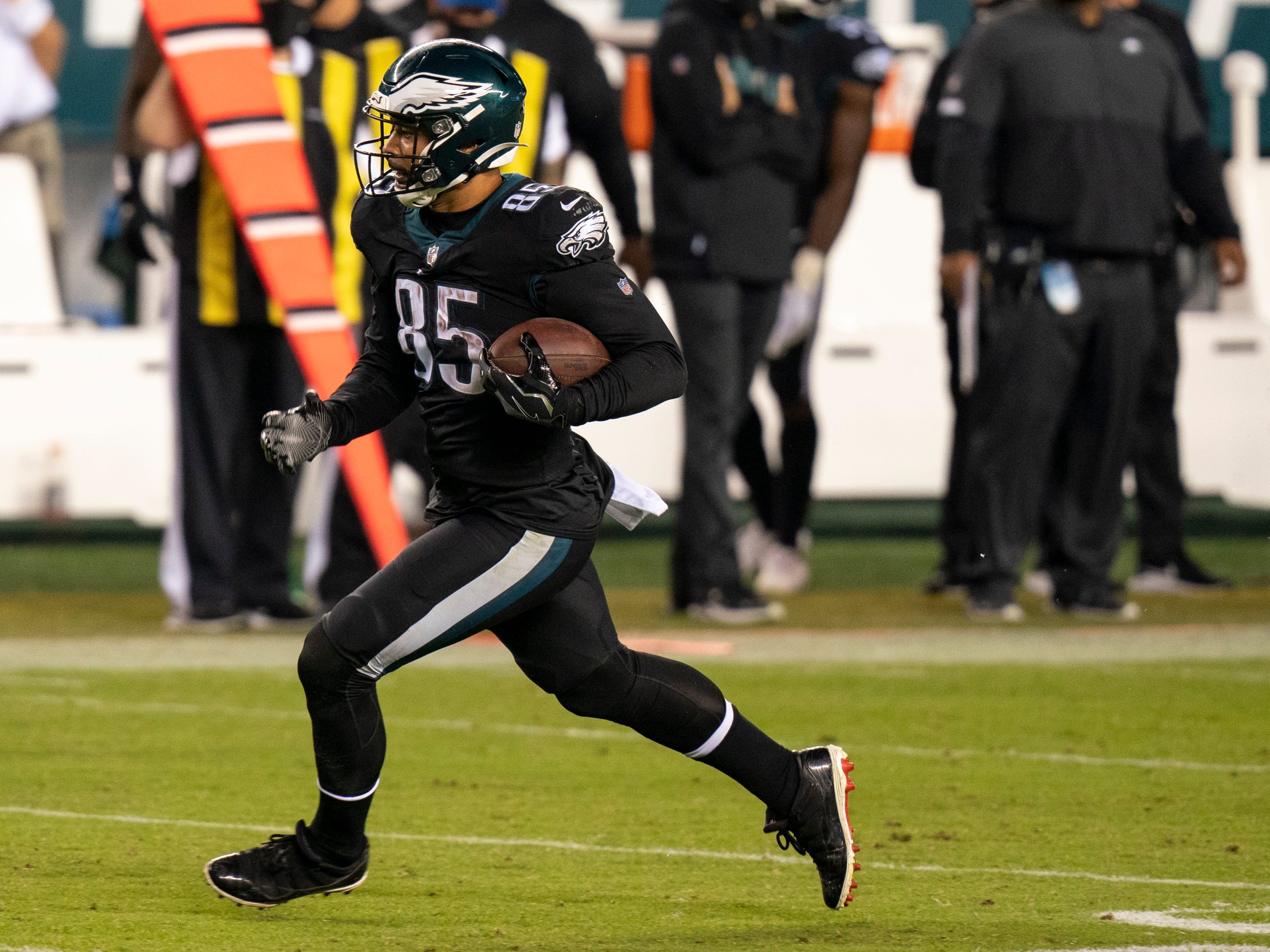 One thing to know: The Philadelphia offence has relied heavily on the play of its tight ends over recent years, and thanks to several injuries, Richard Rodgers is now the top man on the depth chart.

One thing to know: Patrick Mahomes may get the headlines, but the Chiefs offence has been pretty solid this year as well, and next week will be up against a Jets team that’s as bad as any in the NFL.

One thing to know: The Chargers are up against a Denver Broncos team that has been battered by injuries all year and still hasn’t found its footing. If the Chiefs aren’t available in your league to pick up this week, Los Angeles is a fine option for those streaming defences. 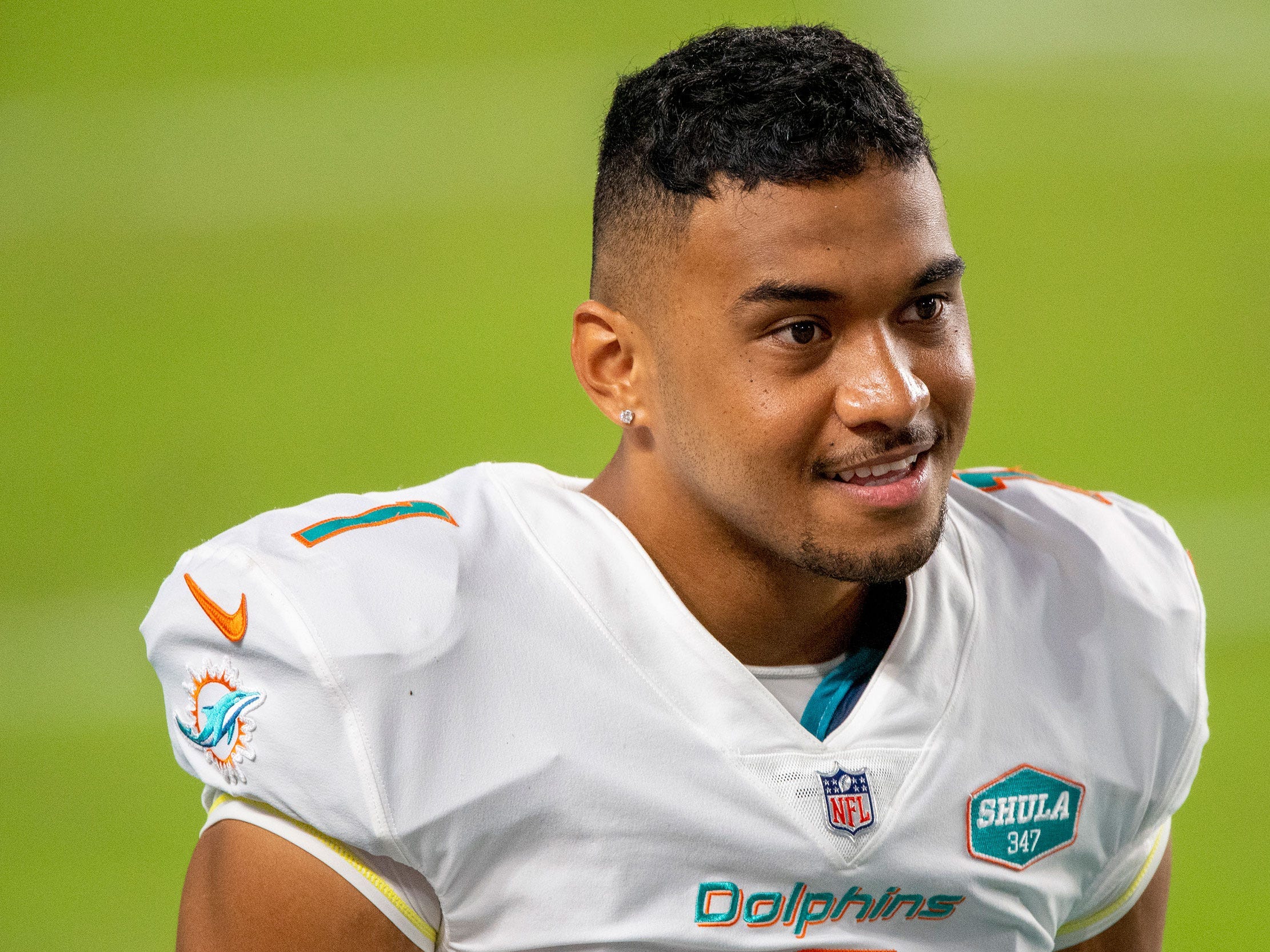 One thing to know: Ryan Fitzpatrick was a top fantasy quarterback several times this year before the Dolphins decided to bench him. While we still haven’t seen anything from rookie Tua Tagovailoa, his success in college and the success of other rookies to start this season both make a hot start in Miami easy to imagine.

How DK Metcalf’s 23 MPH full-field, chase-down tackle unfolded as one of the best plays of the NFL season