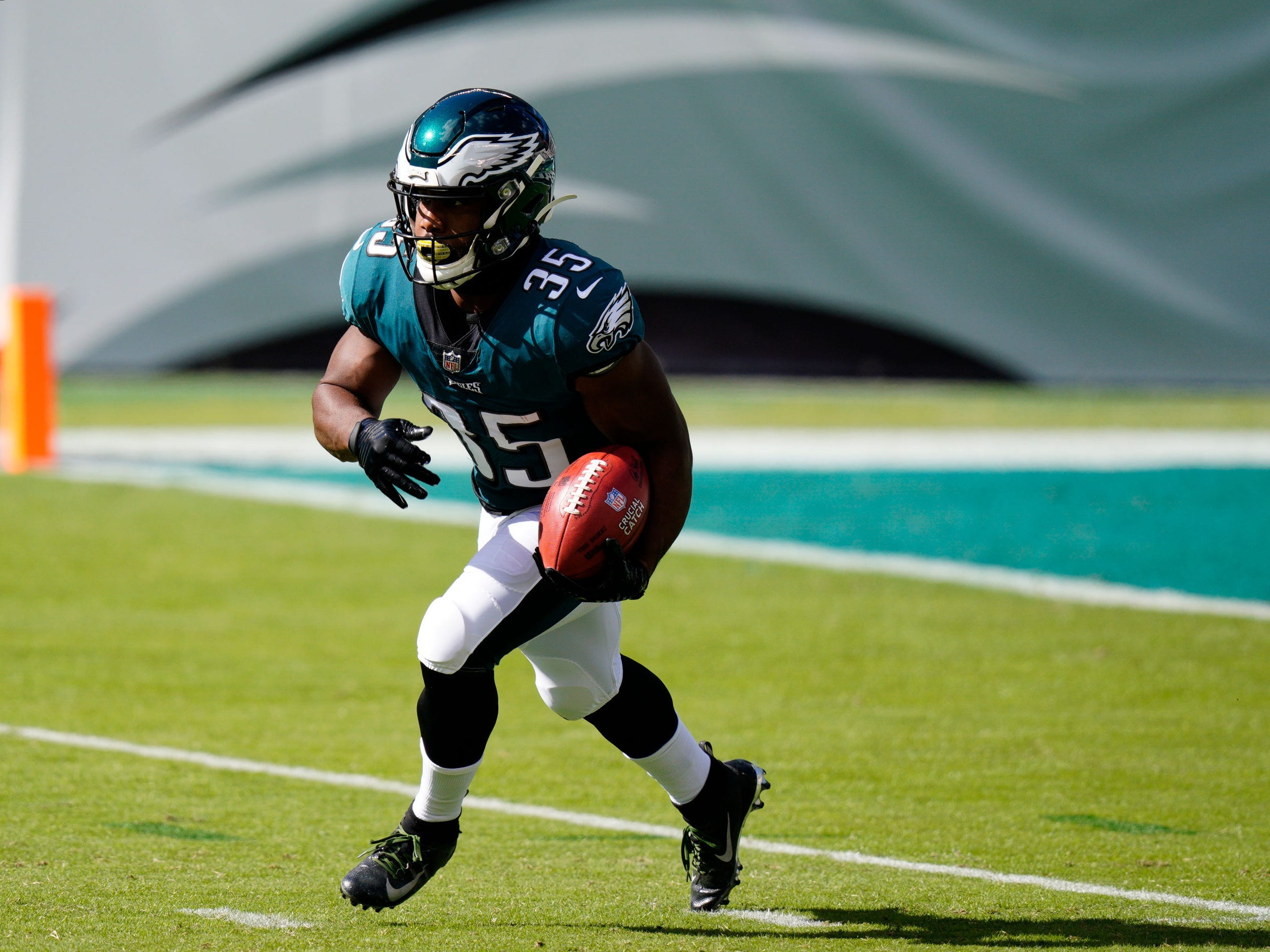 We’re six weeks into the NFL season, and fantasy football players now have a good idea of where their team stands.

Whether you’re already pushing for a playoff spot, or in need of some help to pull out of an early-season tailspin, here are 13 players widely available on the waiver wire that could get your team back on track.

One thing to know: J.D. McKissic has been a reliable part of Washington’s passing attack through the past few weeks, putting up at least six receptions in three straight games. For PPR players, he’s a solid fill-in option if you have some bye weeks coming up.

One thing to know: With Miles Sanders dealing with an injury, Boston Scott could be due for a big game this week against a questionable Giants defence. Scott can be effective as both a rusher and a passer, but with an offensive line that is banged up, the Eagles will have to get creative to get Scott involved. 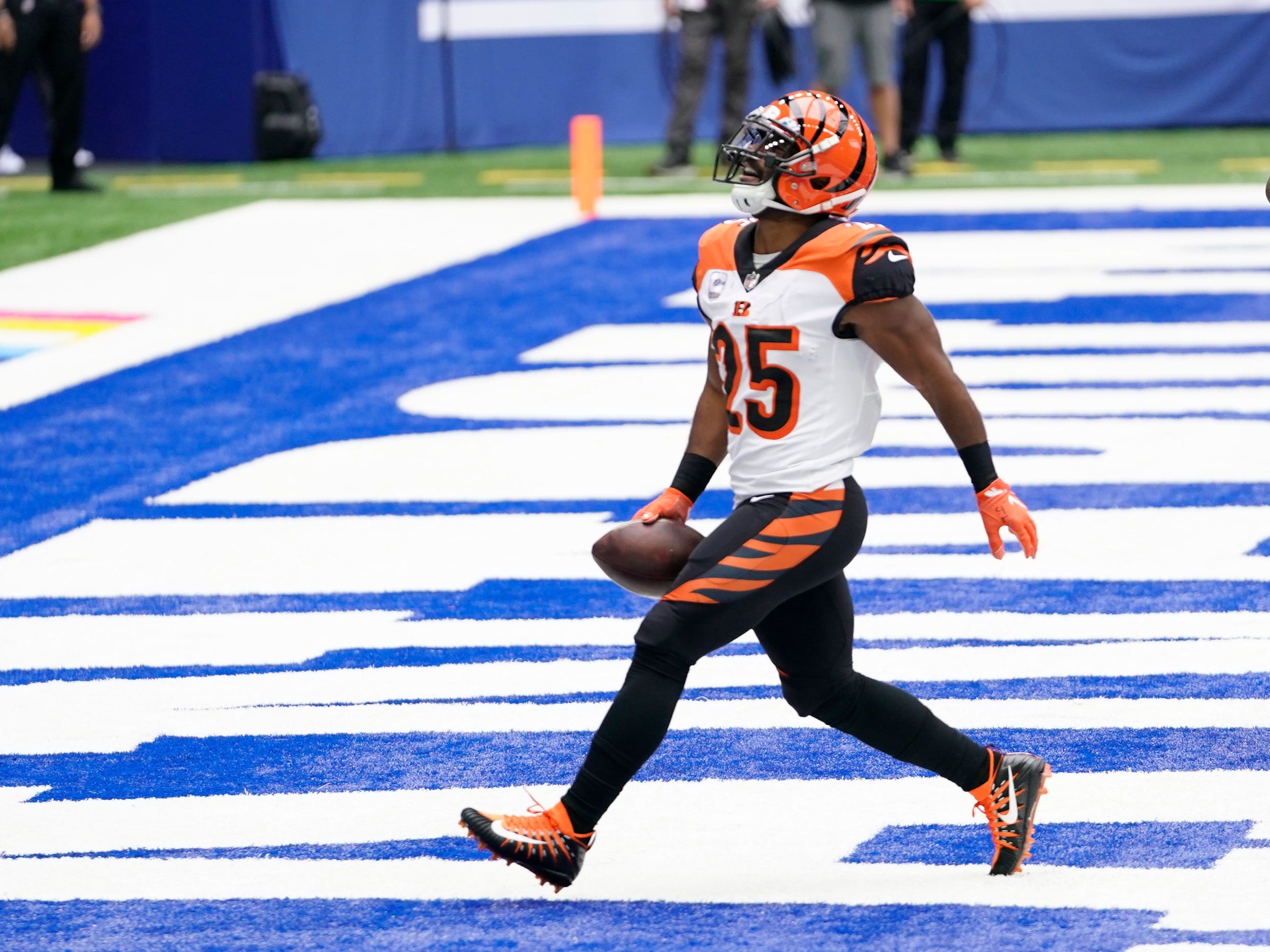 One thing to know: Joe Mixon went down with an injury on Sunday, opening up the potential for Giovani Bernard to put up some numbers next week against Cleveland.

One thing to know: Jerick McKinnon stepped up for the 49ers when Raheem Mostert had to miss a few weeks early in the season due to injury. With Mostert’s injury flaring up once again this week, Mostert is in a good position to step right back into his prominent role in the offence.

One thing to know: Keelan Cole has made the most of his targets in the Jaguars offence as DJ Chark works his way back from injury. There’s not a lot of guys on the waiver wire you can find coming off of 140-yard games. 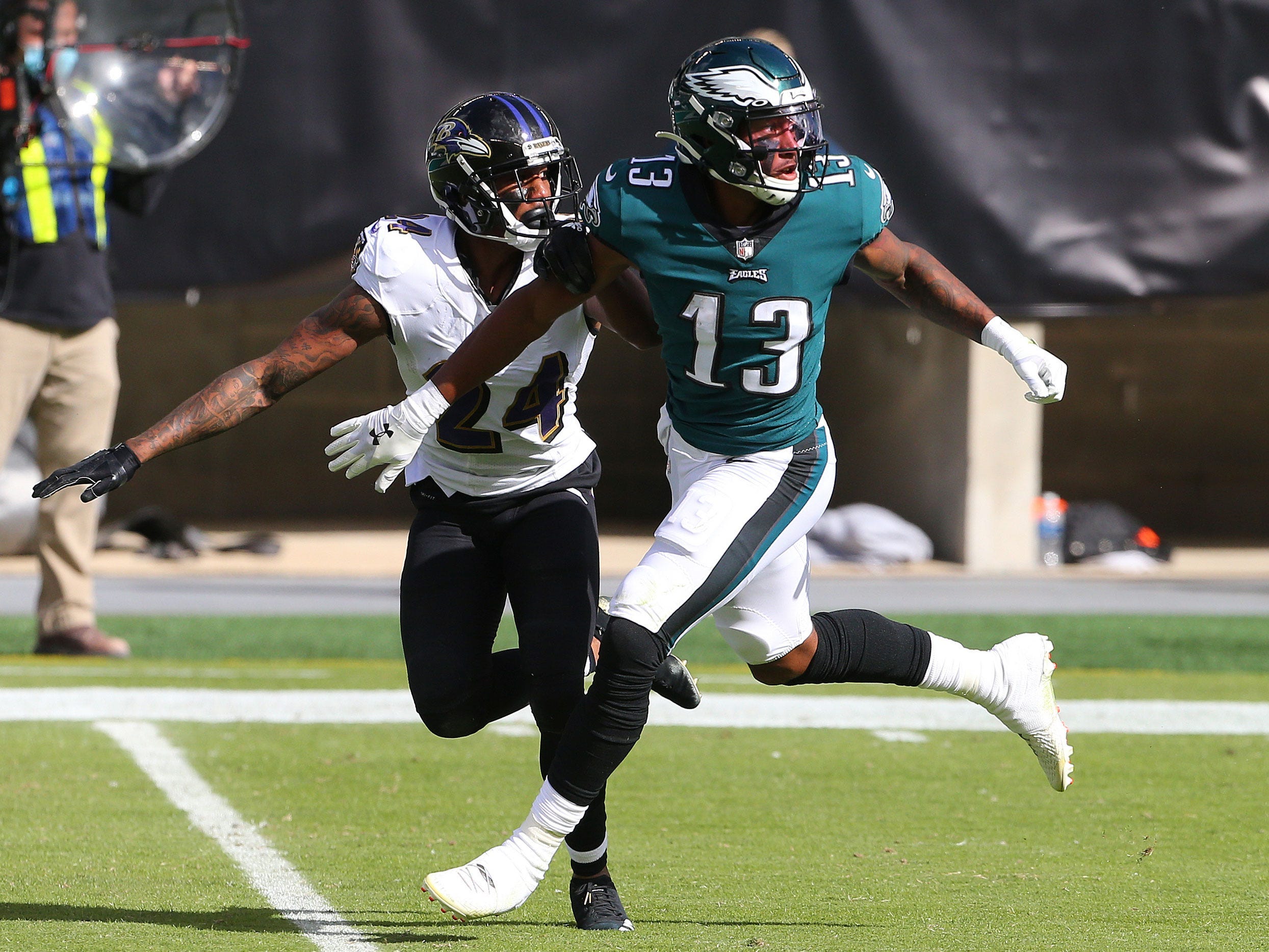 One thing to know: The Eagles wide receiver group has been broken since the start of the season, but Travis Fulgham has emerged over the past few weeks as a reliable target for Carson Wentz and has been a top-seven receiver in all of fantasy football for two weeks straight.

One thing to know: Tee Higgins has emerged as one of Joe Burrow’s favourite targets in the Bengals offence through six weeks of football. In an offence that’s still finding itself, having the quarterback’s favourite receiver can pay dividends down the road.

One thing to know: Tim Patrick now has back-to-back 100-yard games for the Denver Broncos and has scored in two of his last three games. He only needs a few big plays to finish with a big day for your fantasy team.

One thing to know: While he’s already owned in more than 80% of fantasy leagues, he should be owned in 100%, so do yourself a favour and double-check to see if he’s still available in your league. He has a bye week coming up, meaning some teams desperate for depth could be looking to trade him this week if you have the assets to make a move.

One thing to know: Philip Rivers knows how to use his tight ends, and Trey Burton had himself a day on Sunday. While they have a bye coming up next week, if you’re in need at the position, Burton is a guy to keep an eye on. 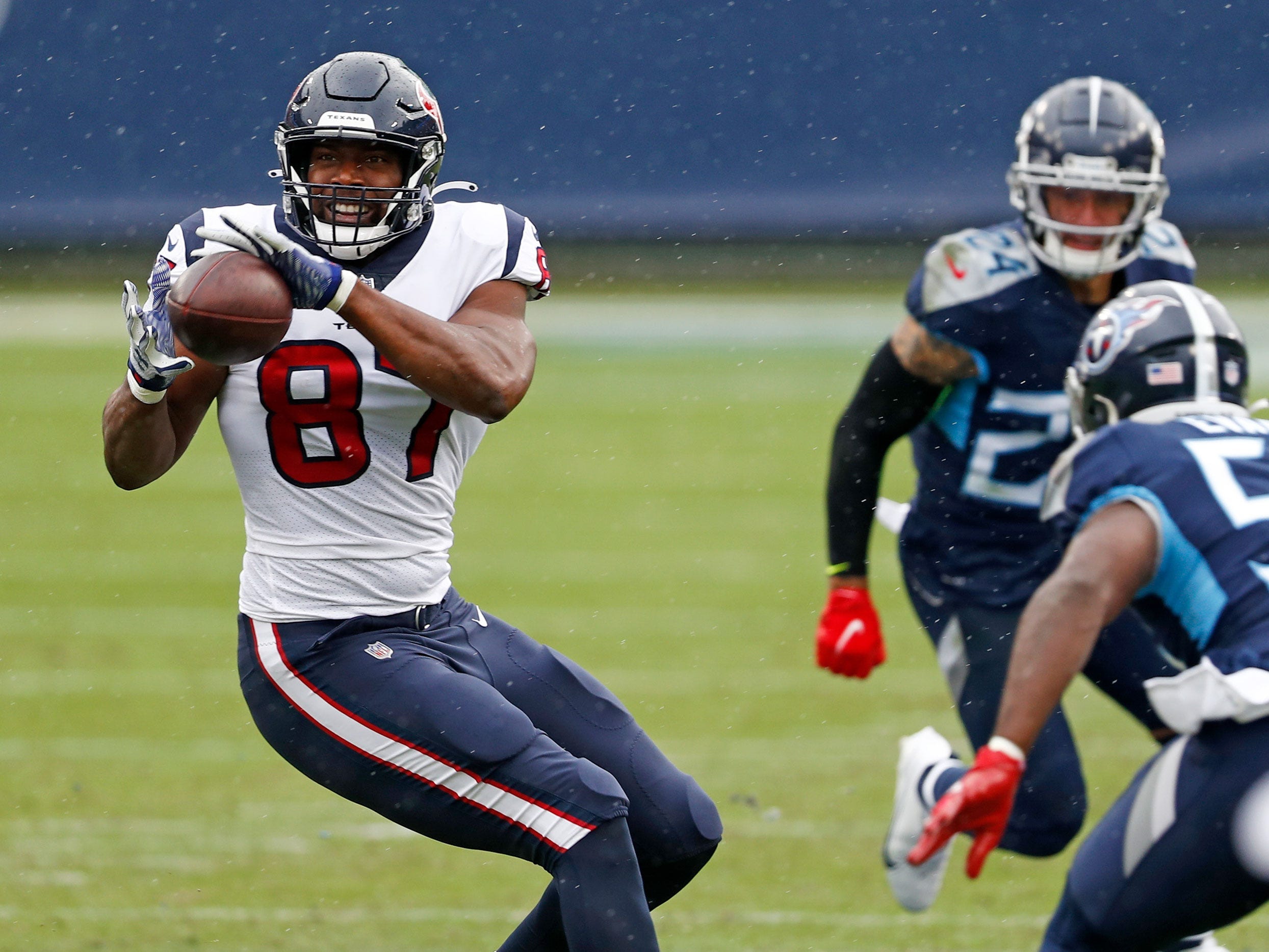 One thing to know: Darren Fells is a huge part of the Texans’ goal-line offence and has scored in two straight games. He’s a solid option for those looking to replace the recently injured Zach Ertz, as well as daily fantasy players looking for a relatively cheap tight end to fill out their lineup.

One thing to know: Ryan Tannehill finished as the third-best quarterback in fantasy in Week 6 and was the best signal-caller in the league in Week 5. Unless you have one of the undeniable studs of fantasy, chances are he’s playing better than whoever you have at quarterback right now.

One thing to know: The Eagles have been dealing with injuries up and down the roster, but a matchup against the Giants is a great spot for their defence to control the game and come out with a win.

Ryan Fitzpatrick led a raucous ovation for his backup, rookie QB Tua Tagovailoa, as he made his NFL debut