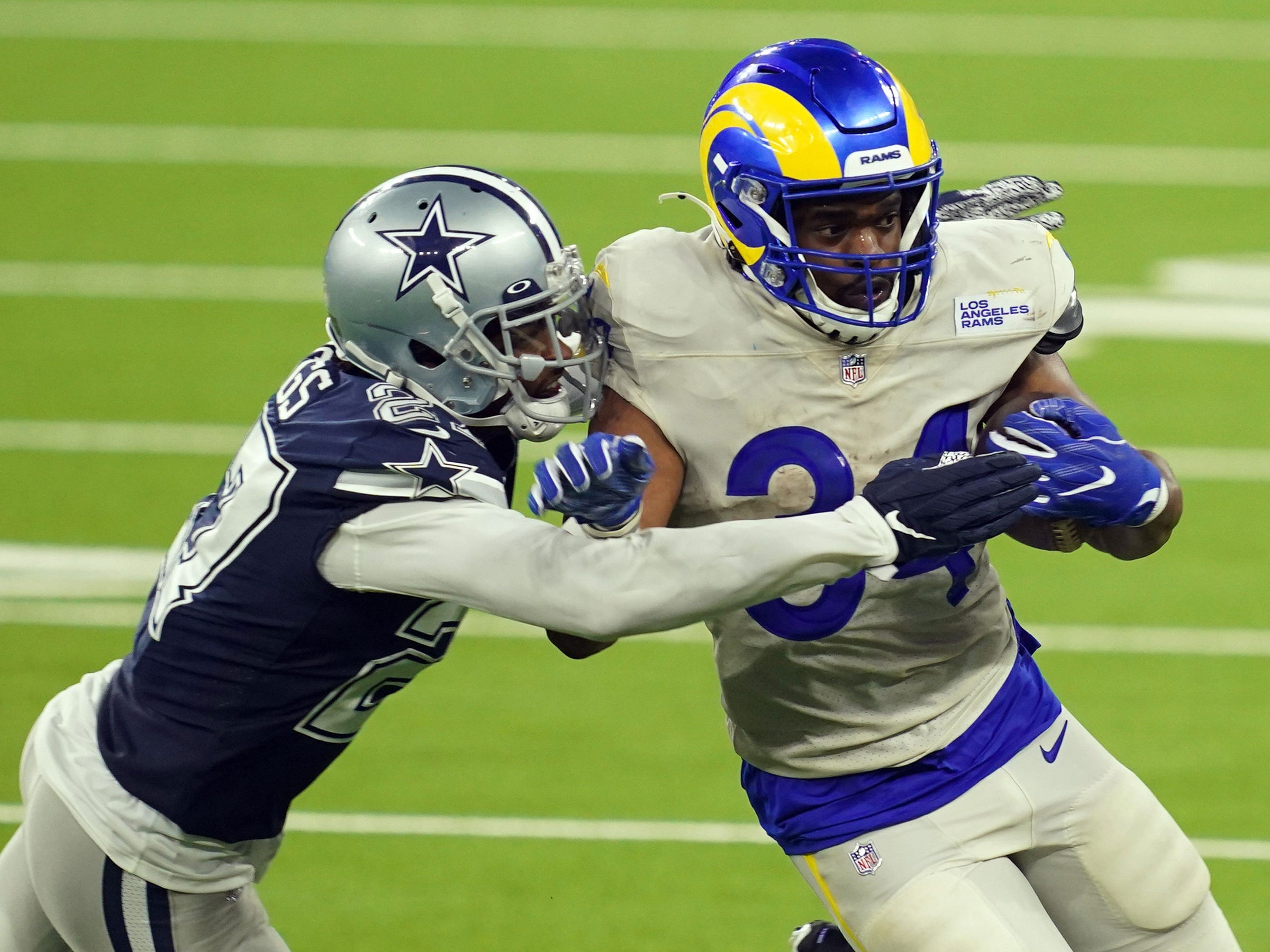 Kirby Lee-USA TODAY SportsMalcolm Brown was a significant part of the Rams offence on Sunday night against the Dallas Cowboys.

The first Sunday of the NFL season is in the books, so it’s time for fantasy players to get serious about their teams.

A Week 1 full of action and surprises has left some fantasy players scrambling to work the waiver wire and fill in any gaps in their rosters. Thankfully, plenty of players have emerged as potential stars of the fantasy season.

Below, we’ve collected 17 waiver-wire targets for fantasy players looking to add some depth to their rosters early in the season, going position by position to give you the best chance of earning your way to a first-round bye in the fantasy playoffs. 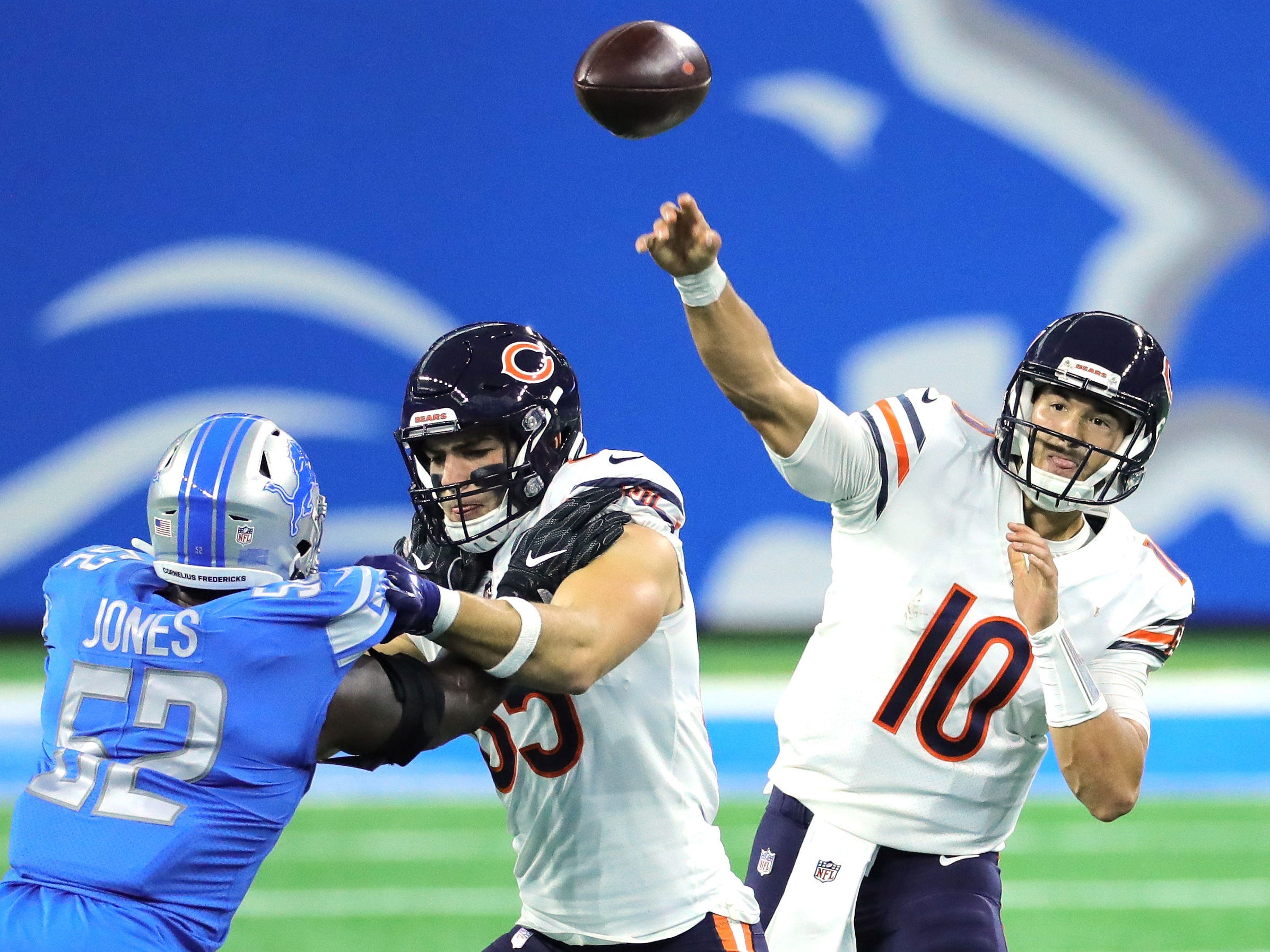 One thing to know: Trubisky looked like himself through three quarters of the Bears’ season opener on Sunday, but he lit up the field for three touchdowns in the fourth quarter to lead Chicago to a comeback win. For all the ups and downs (and more downs) Trubisky has had, the Chicago offence has enough weapons to make him an interesting pick should you need a backup. 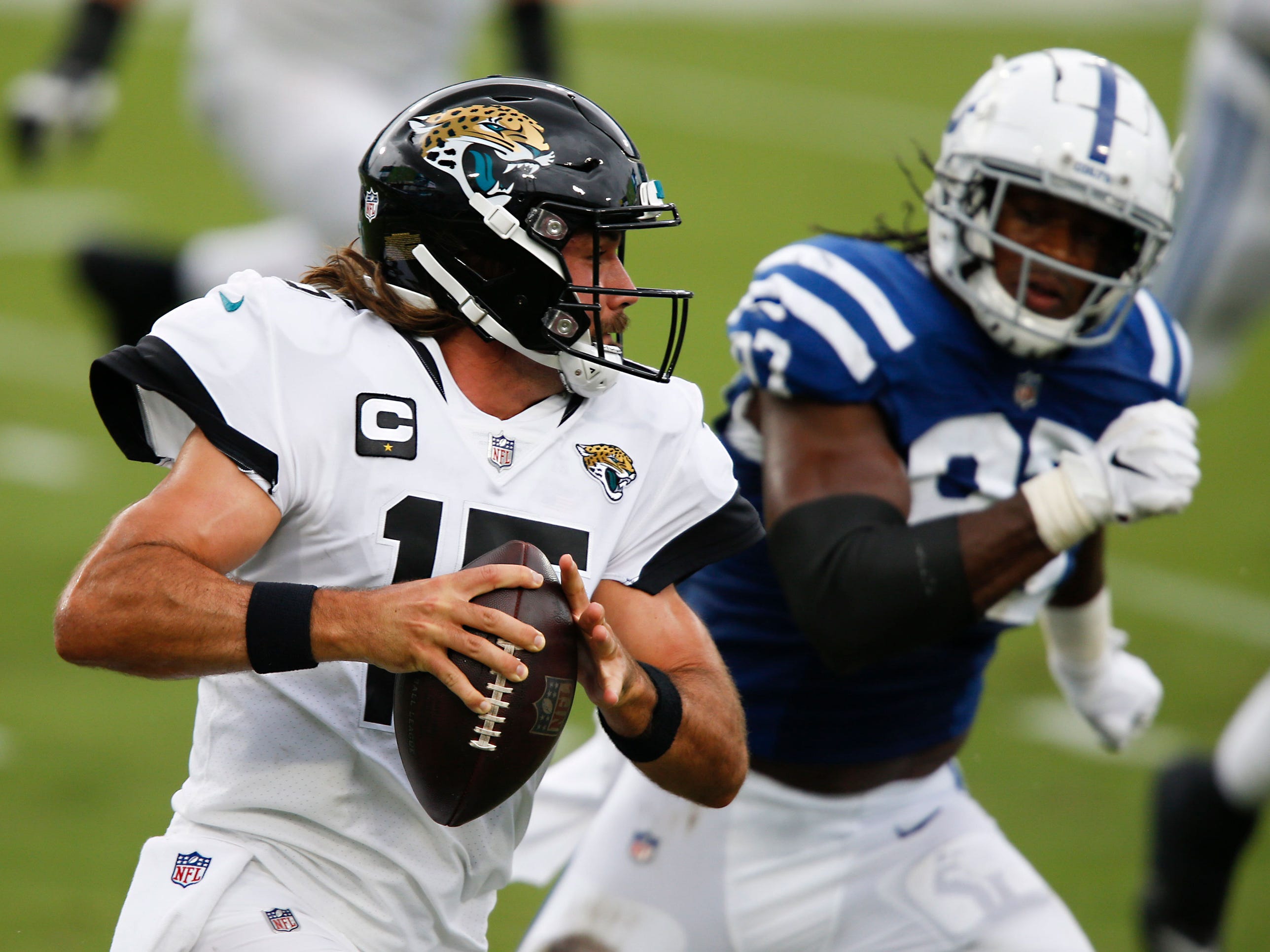 One thing to know: Minshew Mania is back. Minshew completed 19 of 20 passes on Sunday to lead the Jacksonville Jaguars to an improbable win over the Indianapolis Colts. Starting Minshew on your fantasy team will likely come down to his week-t0-week matchups, but in the AFC South, there are plenty of questionable defences against which the Jaguars could put up big numbers. 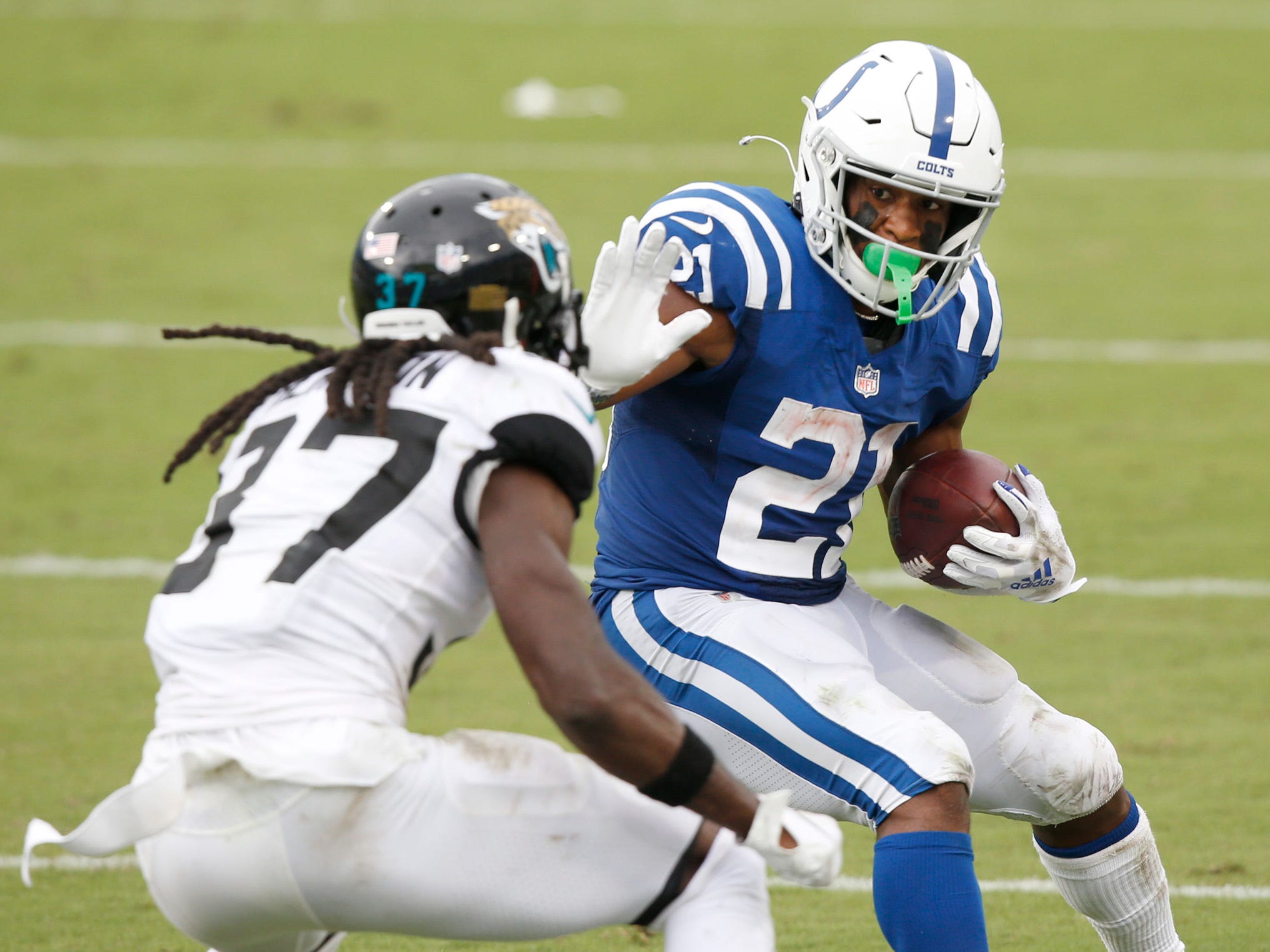 One thing to know: Colts running back Marlon Mack went down with an injury on Sunday, and Hines stepped up in his absence. Hines was involved in the Colts rushing and passing attack, making him an especially high-value target for PPR leagues. 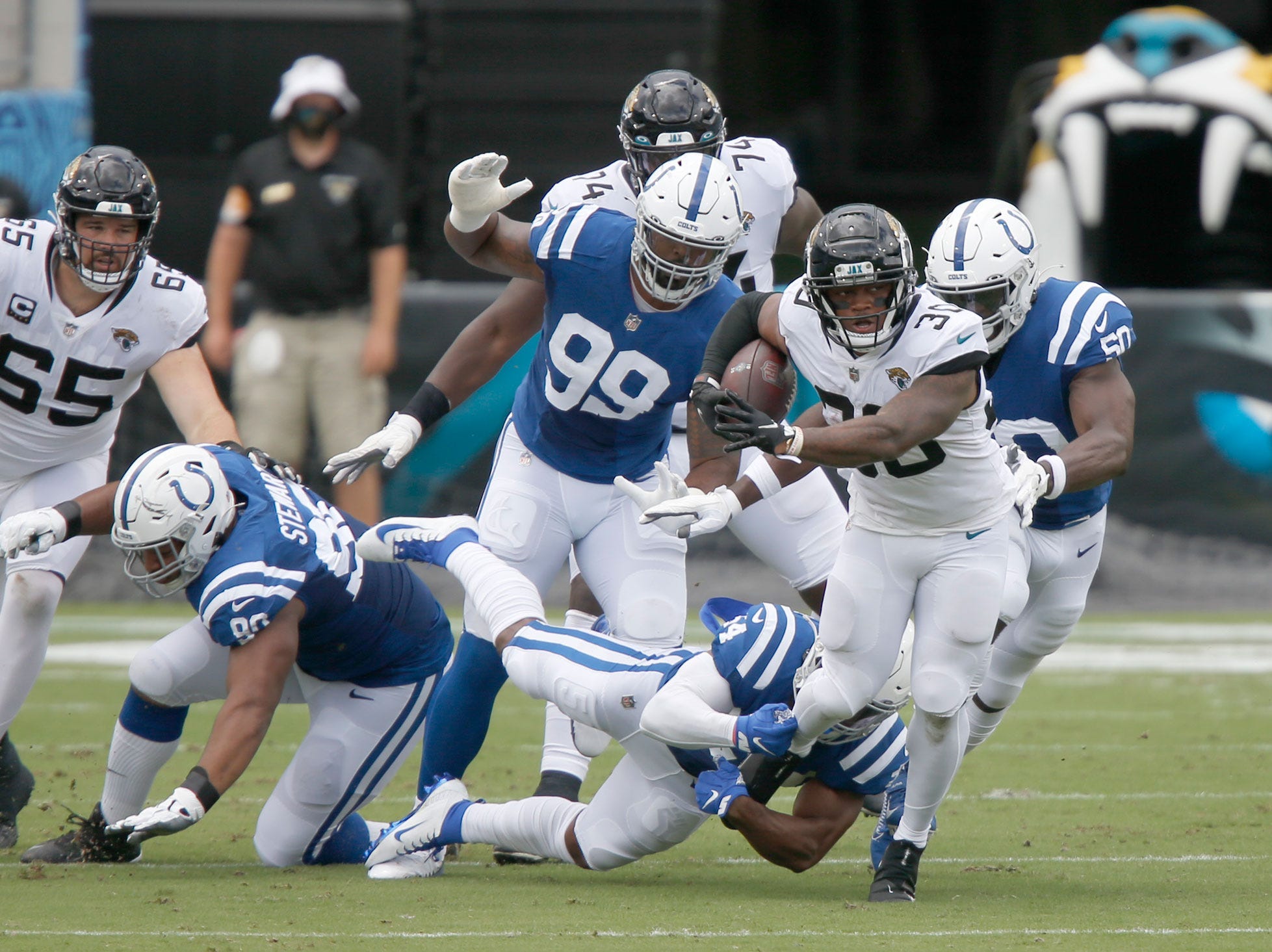 One thing to know: The Jaguars running back situation was rather murky heading into Week 1, but Robinson, an undrafted rookie, quickly emerged as a significant part of the offence. 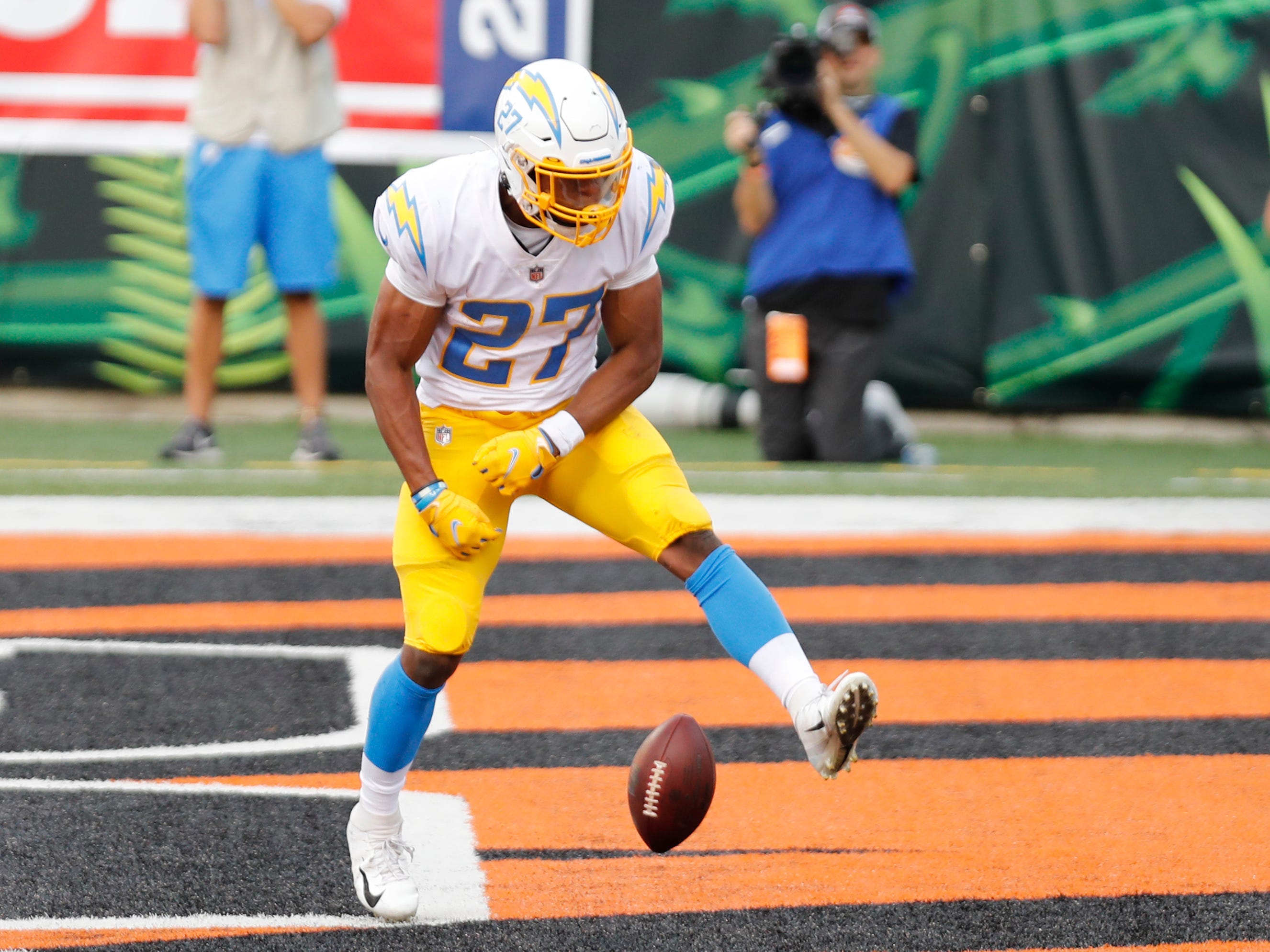 One thing to know: The Chargers’ offence has had productive fantasy duos out of the backfield in the past. This year, it looks like Kelley might be the man to run support for Austin Ekeler. While Ekeler is more involved in the team’s passing game, Kelley’s red-zone touchdown showed he’ll be an important part of the game plan. 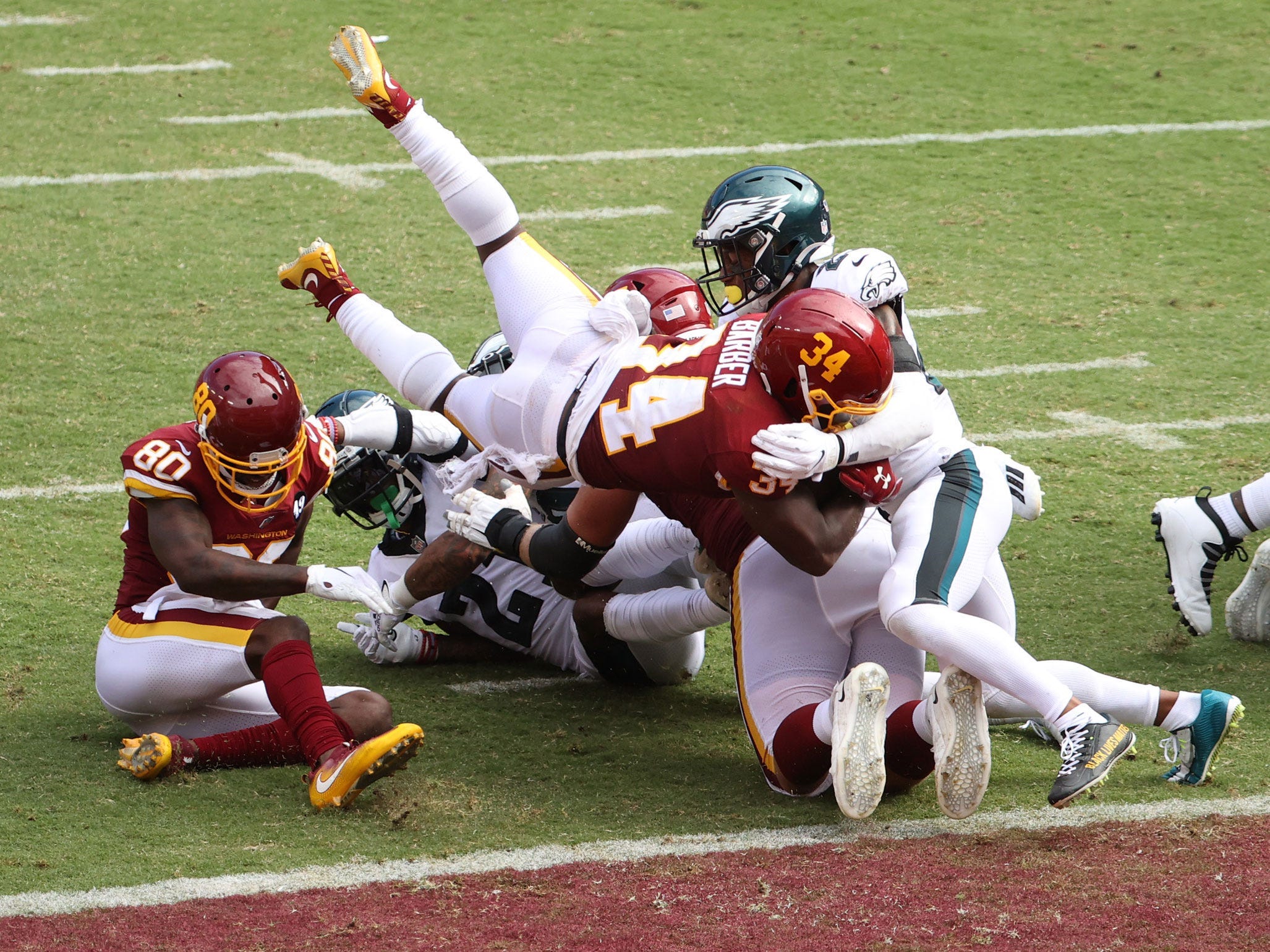 One thing to know: While 29 rushing yards isn’t exactly an impressive output, the most important numbers of Barber’s Sunday were his 17 rushing attempts and two touchdowns. With that much opportunity, Barber is a good guy to have on your roster. 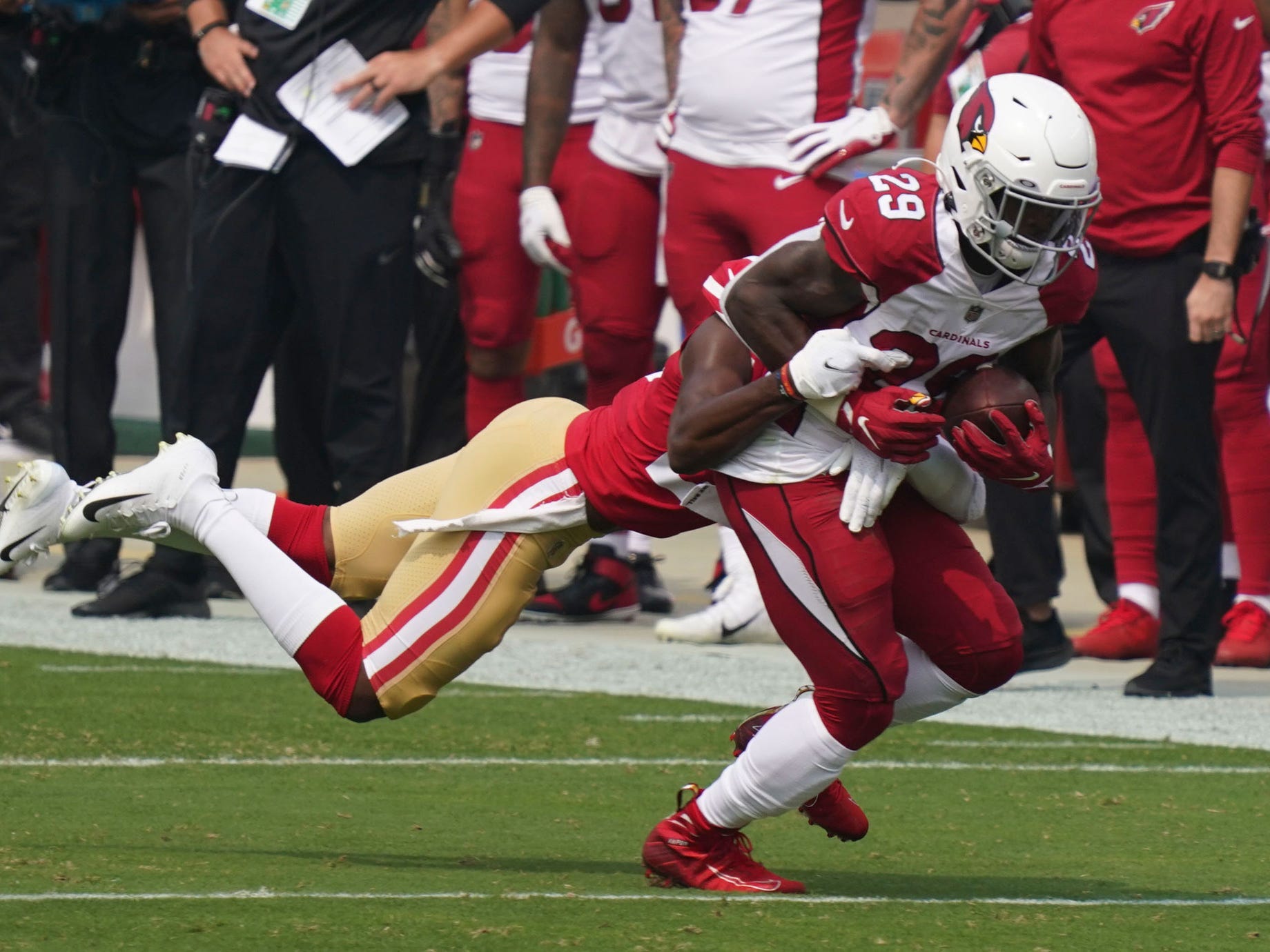 One thing to know: Edmonds might be the fourth or fifth option in the Cardinals offence, but he’s involved in every aspect of the team’s game plan. If Arizona starts rolling as the year goes on, he could have a few huge games ahead of him.

One thing to know: Brown was the lead back for the Rams on Sunday, and most importantly, he punched in two touchdowns from the goal line. The Rams score a lot of points, and if Brown is the guy the team trusts to cap off things in the red zone, you can expect plenty more touchdowns to come. 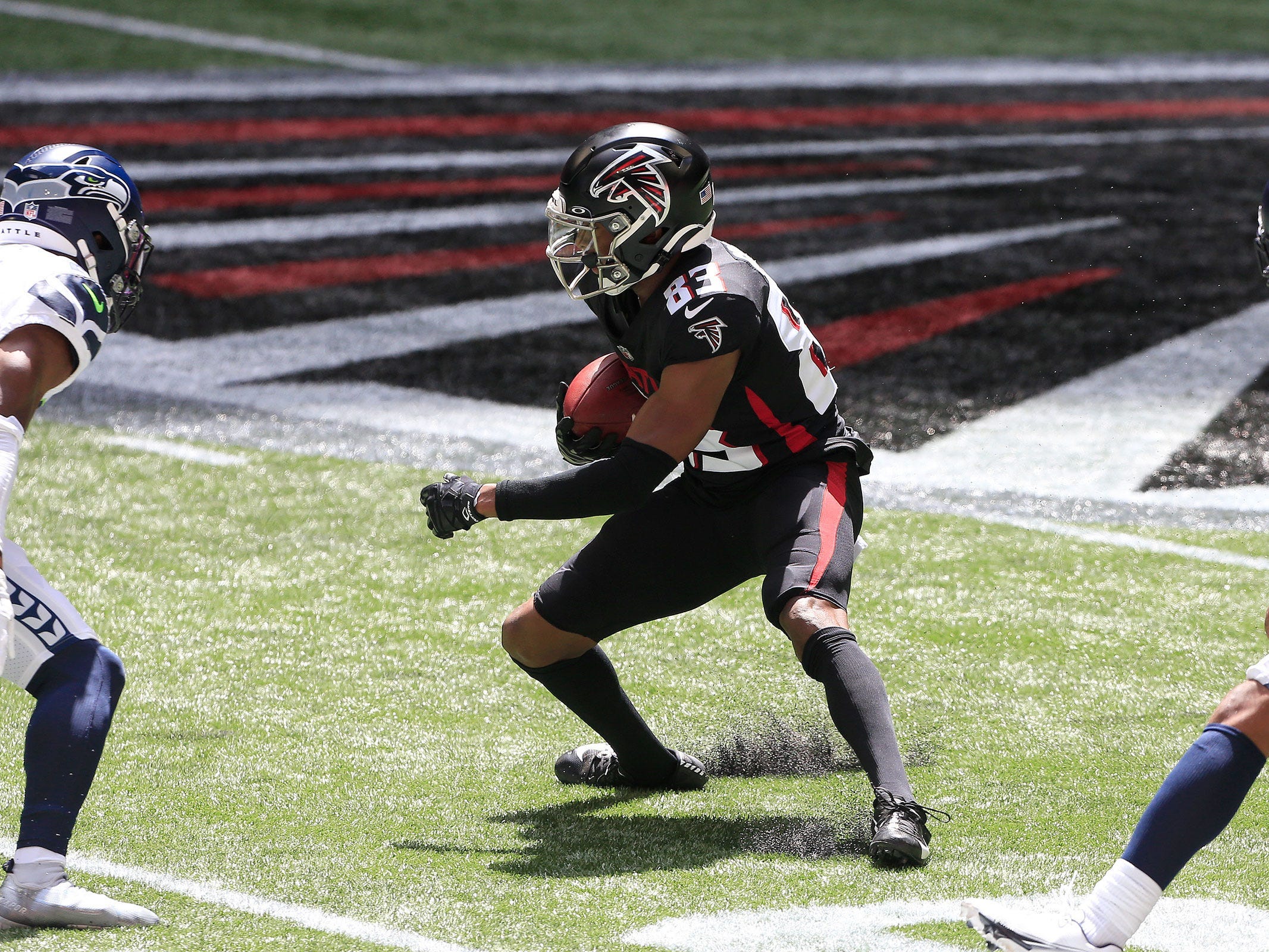 One thing to know: The Falcons had three wide receivers clear 100 yards on Sunday, with Gage joining Julio Jones and Calvin Ridley in triple digits. Gage tied Jones and Ridley with 12 targets and nine receptions. The Falcons likely won’t be throwing the ball 54 times every game, but Gage is clearly a prominent part of the offence despite his listing as third on the depth chart. 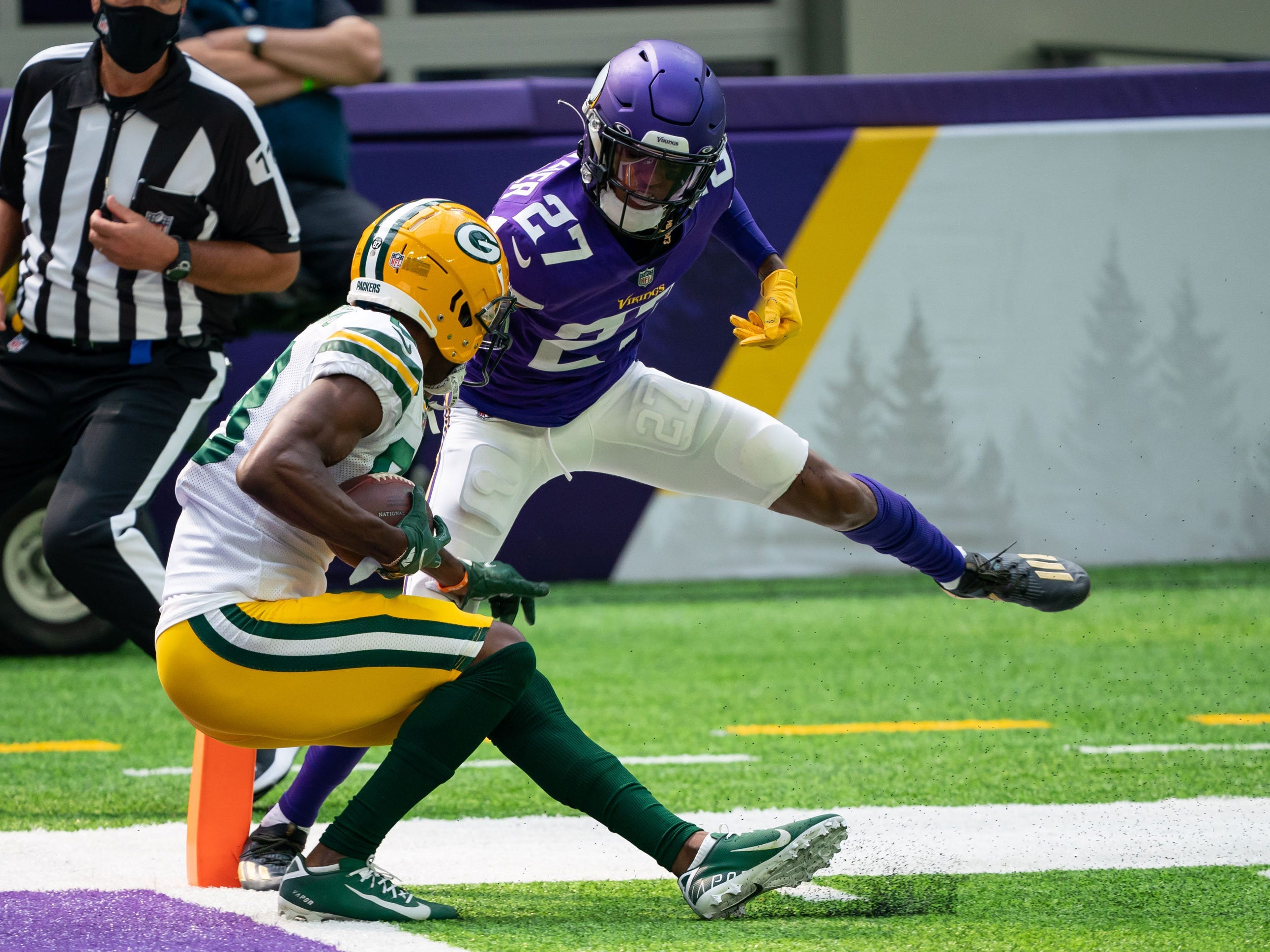 One thing to know: Who says Aaron Rodgers needs more weapons? Valdes-Scantling is a big-play threat for the Packers and can go off in any game. While his scoring might be a bit feast-or-famine, the feasts are pretty good when he gets open. 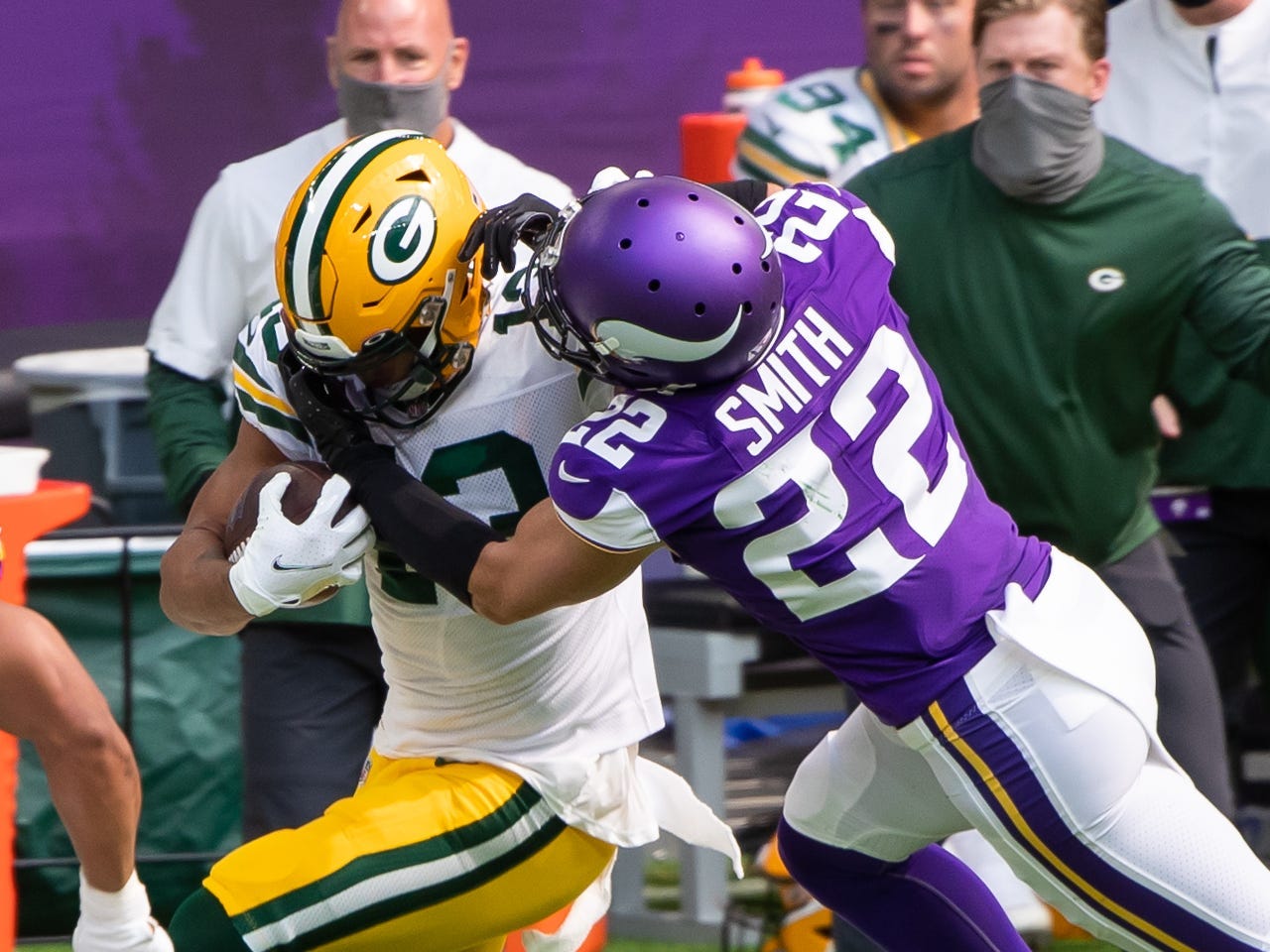 One thing to know: Rodgers proved on Sunday that he has plenty to work with in the Packers offence. Lazard might be a slightly more reliable receiver week-to-week than Valdes-Scantling, since he’ll be less dependent on one big play to make or break his day. Pick up whichever Packers receiver best fits the needs of your team. 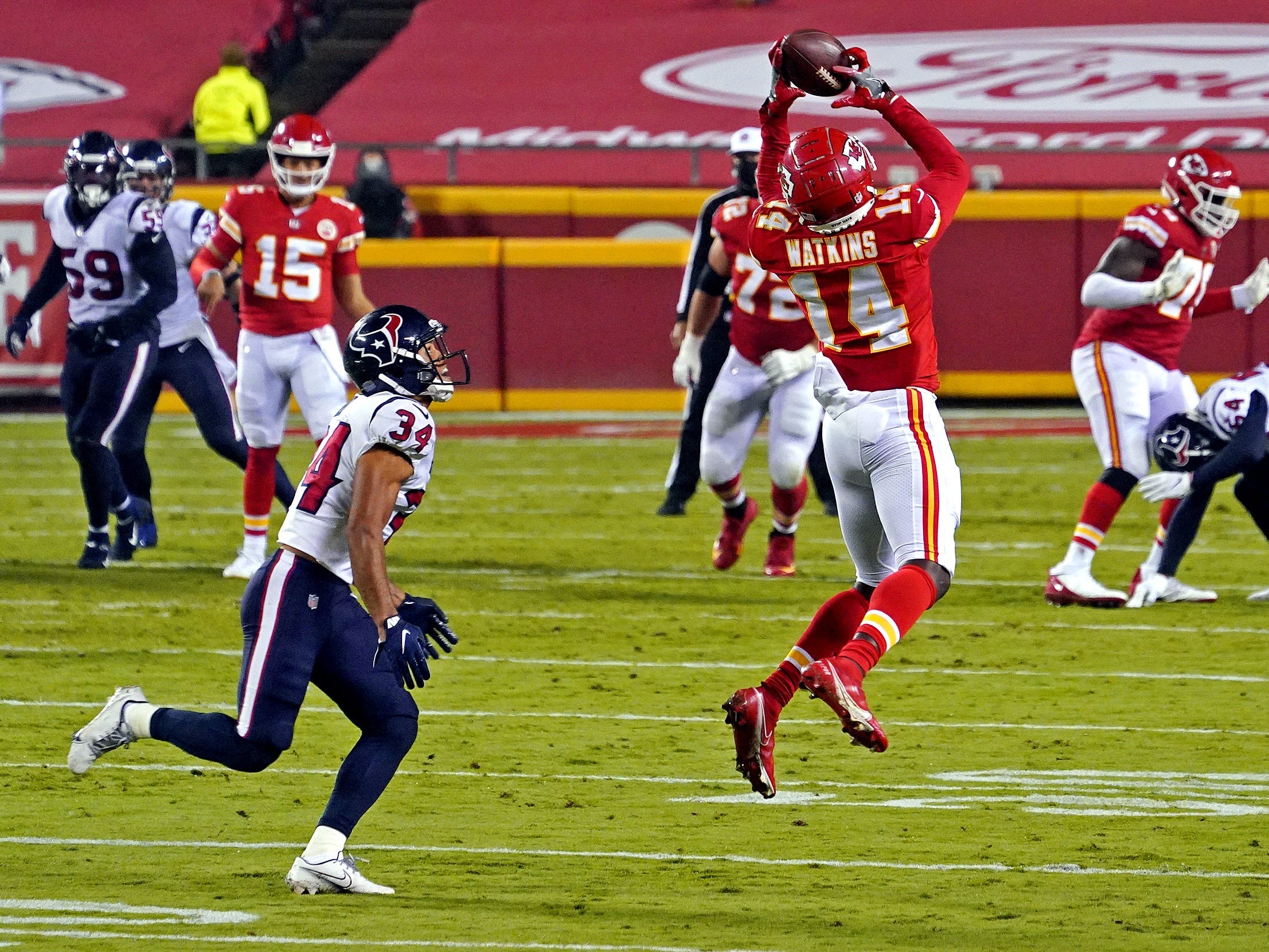 One thing to know: Picking which Chiefs wide receiver will have his day in the sun in any given week can be a bit like playing whack-a-mole – with so many weapons, it’s easy for one player to shine and another player to have a lacklustre night. That said, Thursday was Watkins’ time to shine, and he’s clearly a target that Patrick Mahomes feels safe in connecting with. 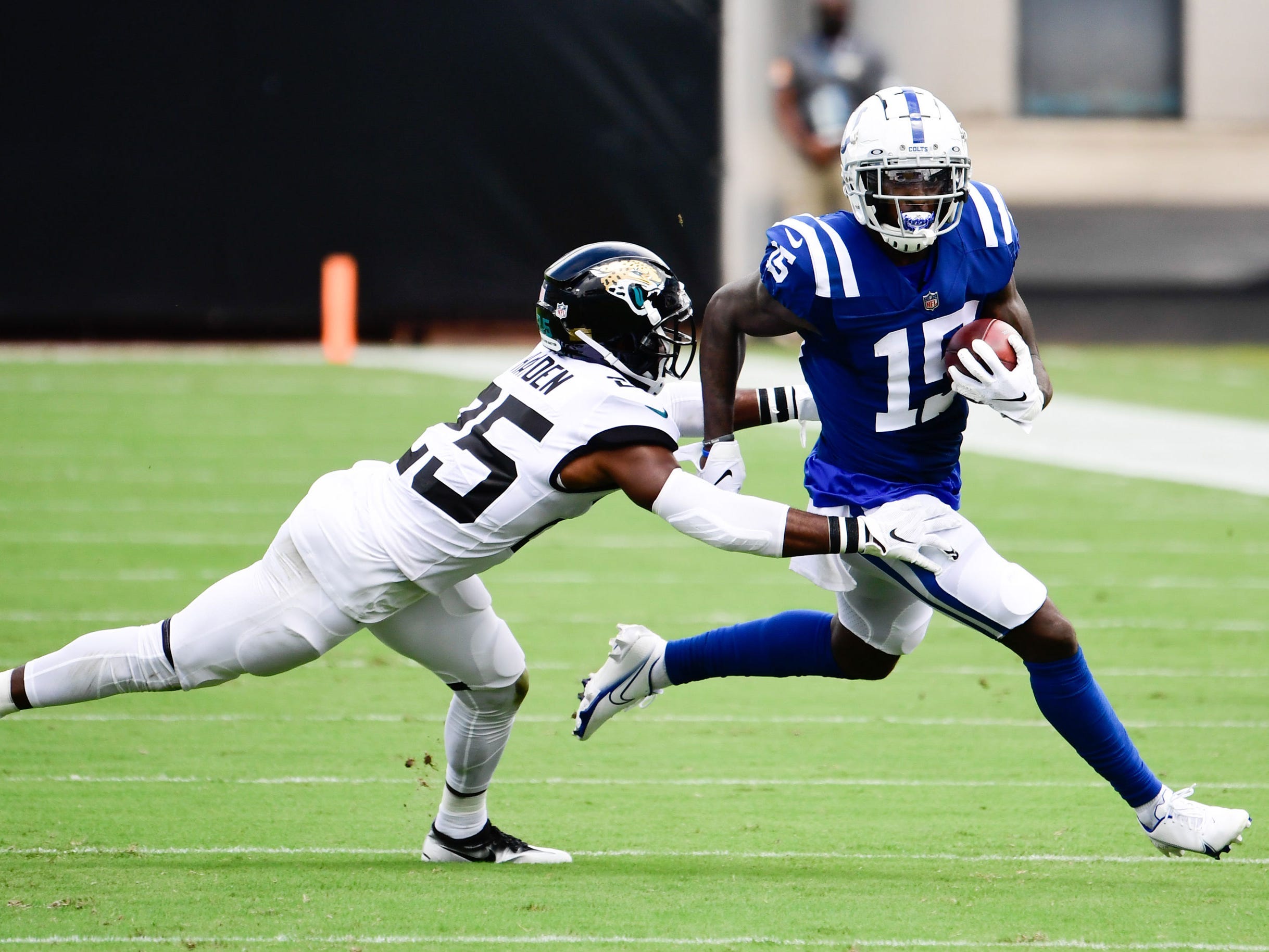 One thing to know: The Colts are going to throw a lot of passes this season – Phillip Rivers put up 46 attempts in his debut with the team on Sunday. Campbell was the target of nine of those passes, and while he didn’t catch all of them, his usage makes him a solid flex play for any leagues that might be shallow at wide receiver. 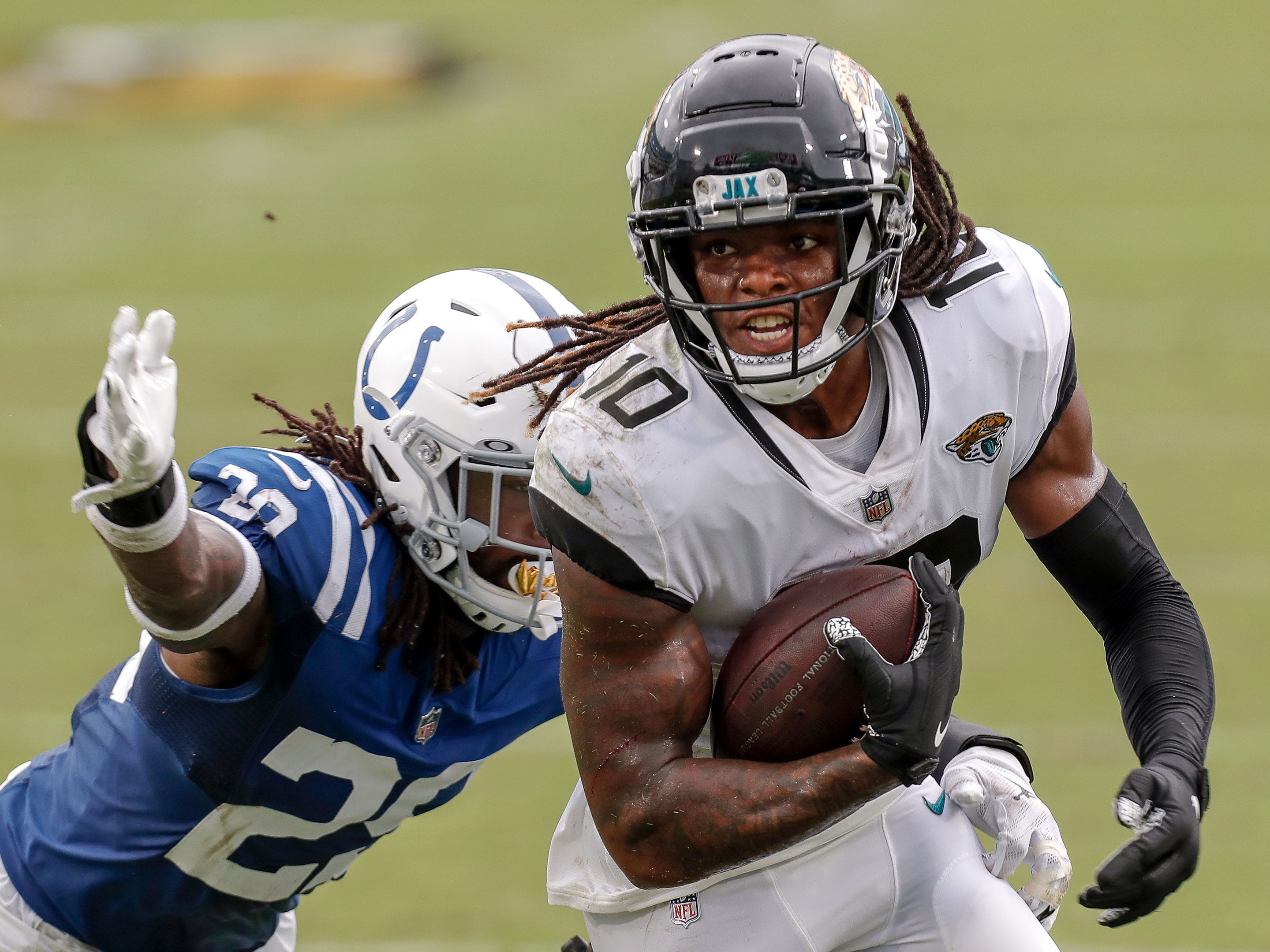 One thing to know: Shenault Jr. looked like a play-maker in his first NFL game. The rookie out of Colorado only caught three passes, but he made the most of them, including a big play in the red zone to help tie the game before halftime. As his timing with Minshew develops, and given that the Jaguars are expected to be chasing teams late in many games, he could have a few big games on the horizon. 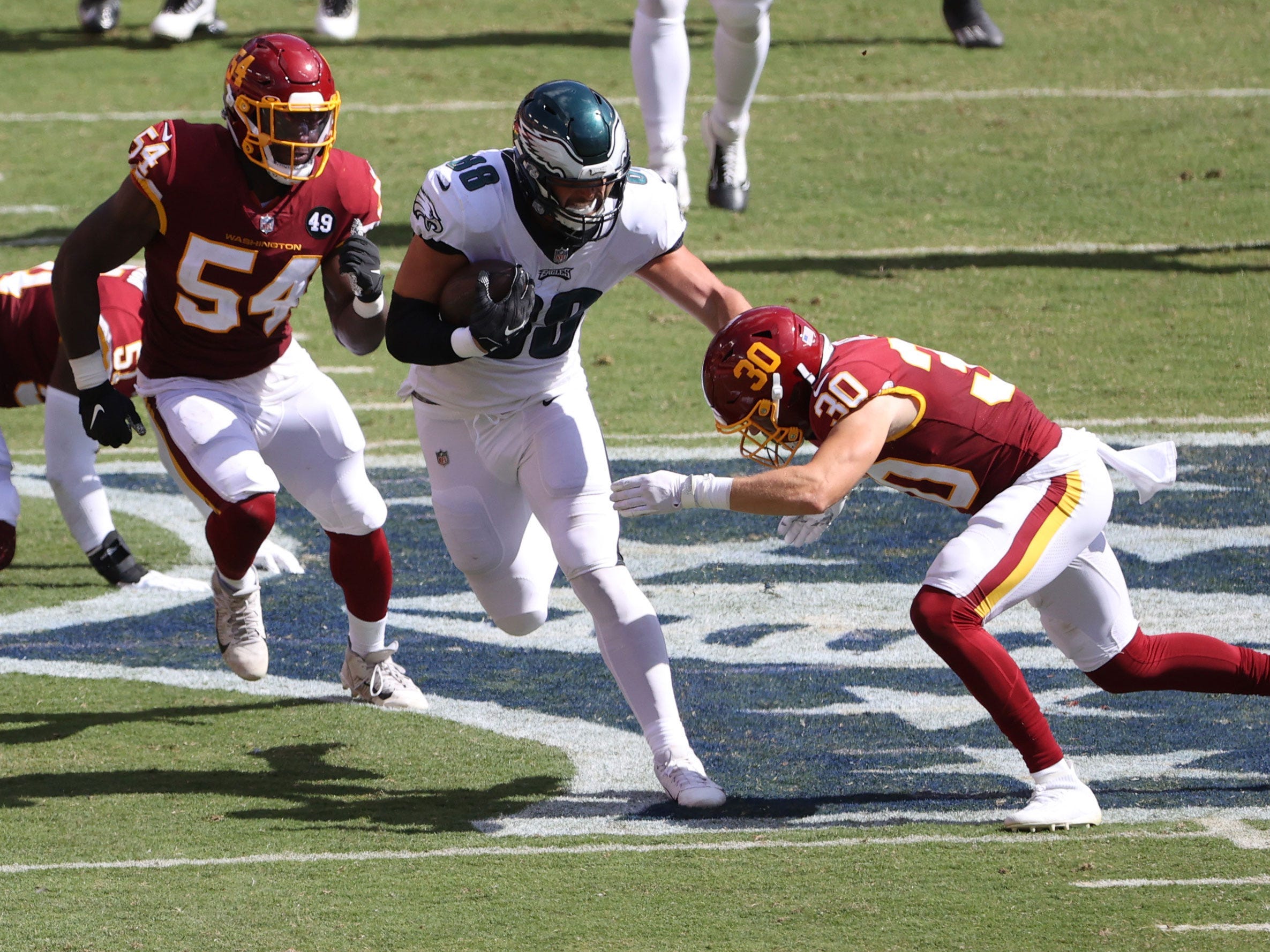 One thing to know: Goedert led all tight ends in fantasy in Week 1. Because the Eagles receiving corps is still dealing with injuries, he could be a huge part of the team’s offence through the first half of the year. Plus, with Zach Ertz currently in a contentious negotiation for a new contract, Goedert could soon find himself the top option in Philadelphia. 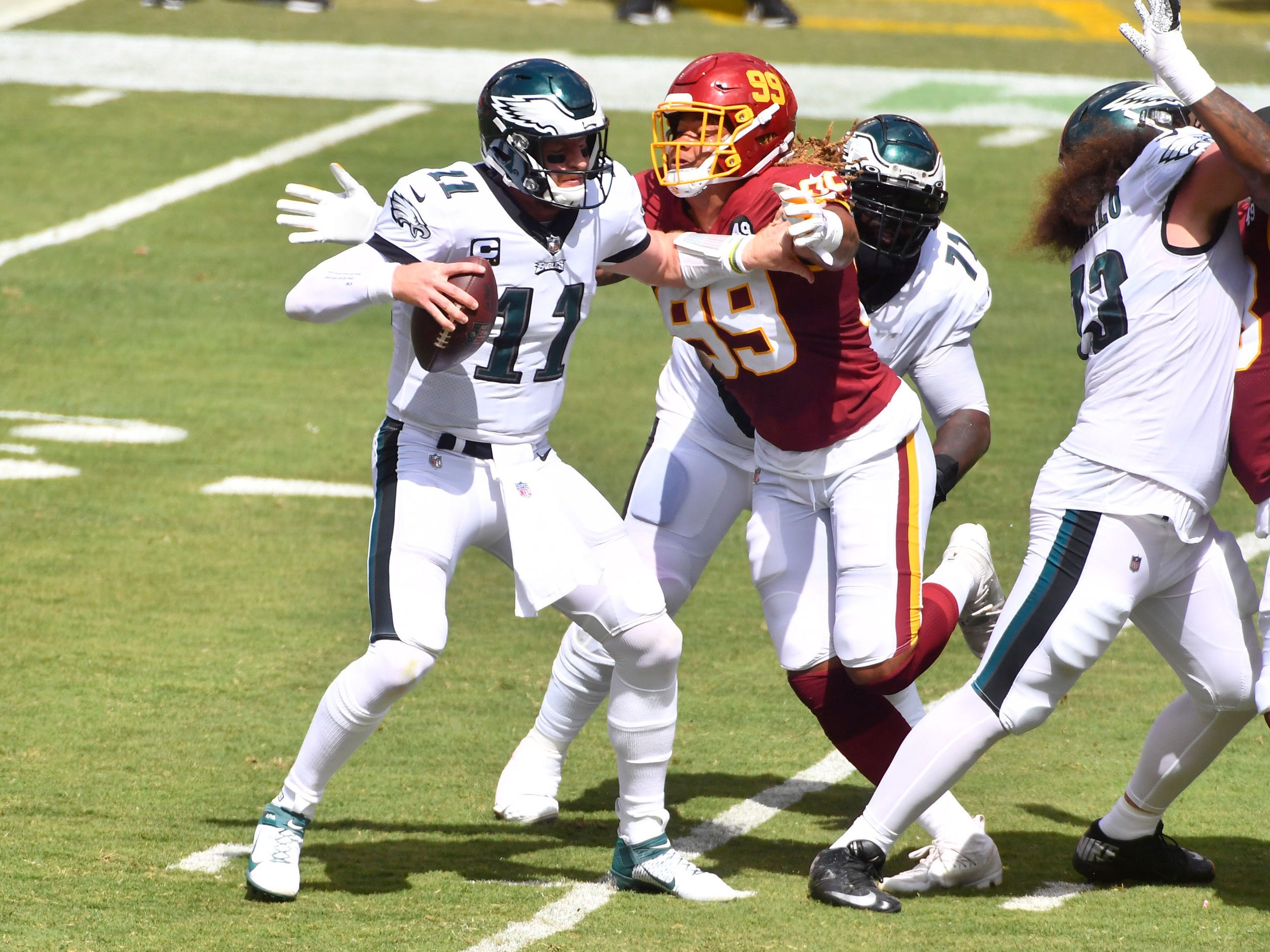 One thing to know: Washington’s defensive front torched the Eagles offensive line on Sunday, keeping Carson Wentz on his heels or his butt for much of the game. Rookie defensive end Chase Young appears to be as good as advertised. 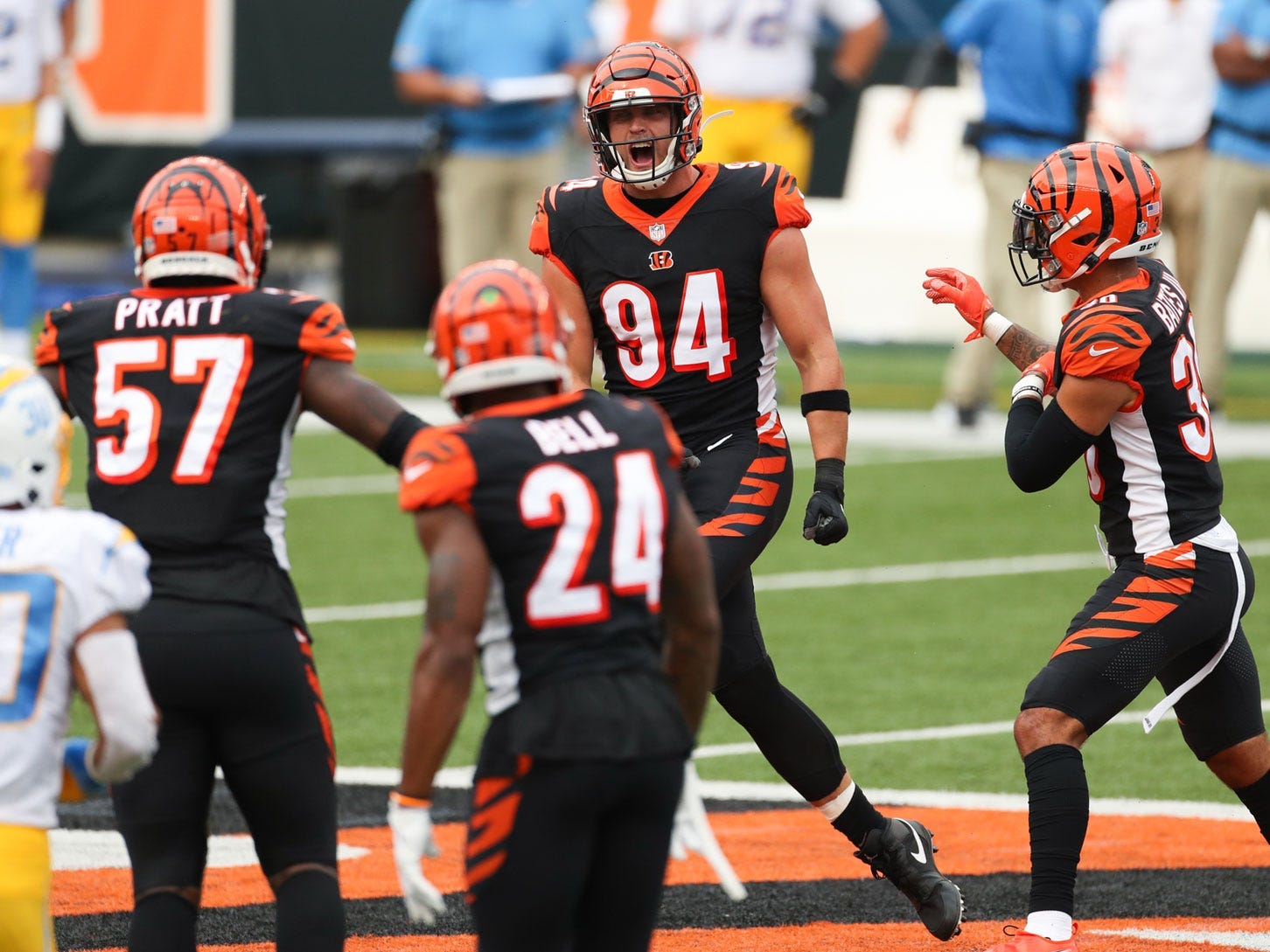 One thing to know: The Bengals defence didn’t light up the stat sheet on Sunday, but they held the Chargers to just 16 points and have somewhat favourable matchups against the Browns and Eagles over the next two weeks. If you’re streaming defences and in need of some help, they’re an option.

Tom Brady scored his first touchdown as a Tampa Bay Buccaneer with his most unstoppable play: the QB sneak