Average hourly earnings jumped $0.15 in May to $30.33, the Bureau of Labor Statistics said in its monthly jobs report. The increase is roughly twice as large as those seen before the pandemic and follows a $0.21 gain in April.

The continued surge in wages is notable for several reasons. Salaries and wages have made up a smaller and smaller portion of US economic output since the late 1960s as more cash has been diverted to dividends and stock buybacks. Pay growth has been substandard for years, and particularly disappointing for low-wage workers.

While wage growth has only picked up in the last two months, the data buck a generation-old trend. Taken together, the latest pay gains mark the fastest rate of wage growth since 1983, barring a 2020 spike skewed by the start of widespread lockdowns.

Hourly wages have also been viewed as a key indicator of whether the labor shortage was a fleeting trend or a true shakeup in how Americans work. Ahead of the April jobs report’s release, Federal Reserve Chair Jerome Powell noted that accelerating pay growth would be a clear signal of a “really tight labor market.”

Powering the tightness is a widespread desire among Americans to be paid more. The reservation wage – the average lowest wage at which people would take a job – skyrocketed through the pandemic for low-income workers and those without college degrees.

Meanwhile, job openings soared to a record high in March as businesses rushed to rehire. Only 1.4 available workers exist for each opening, according to government data. That’s half of the 20-year average, and the ratio is trending even lower.

For the first time in decades, it’s workers – not jobs – that are in short supply. And while the labor market tightness has slowed the recovery somewhat, President Joe Biden has made clear it’s a tradeoff he’s willing to make.

He continued: “That kind of competition in the market doesn’t just give workers more ability to earn a higher wage, it gives them the power and demand to be treated with dignity and respect in the workplace.”

The minimum wage hasn’t budged, but workers have adjusted their wage expectations

The wage growth comes after lawmakers failed to pass a $15 federal minimum wage in Biden’s American Rescue Plan, leaving the rate at $7.25. It was last increased in 2009.

Now, however, current labor conditions could be prompting an ad-hoc increase – and aligning with new standards from workers who have survived a deadly pandemic and received consistent, beefed-up UI.

“We want to work, the vast majority. We just want opportunity and we want a fair living wage,” Scott Heide, 35, an unemployed worker in Florida, told Insider.

But some states have opted to cut off unemployed workers from federal unemployment benefits prematurely, citing higher benefits as a reason that people won’t return. Still, a working paper from researchers at the Federal Reserve Bank of San Francisco found that only one in 28 workers would opt to remain on unemployment rather than return to work.

“The value of a job, especially in a depressed labor market, significantly outweighs the value of the temporary additional UI income,” authors Nicolas Petrosky-Nadeau and Robert Valletta wrote.

Heide said it was “outrageous” people were earning more on unemployment than their prior positions – because it spoke to how low their prior wages were.

“The big corporations are complaining that they can’t get enough applicants, but let’s face it. They don’t want to pay anybody,” Steve Consorte, 75, told Insider. He’s currently unemployed in Arizona, another state preparing to end its participation in federal unemployment benefits early.

“Everyone wants to take care of their families, and they want to take care of themselves,” Matt Mies, an unemployed worker in Los Angeles, told Insider. He added: “They don’t want to get screwed by a minimum wage just because they can’t have any other opportunity.”

But the federal minimum wage probably won’t be changing anytime soon. Talks are still stalled, even as businesses and states take matters into their own hands. 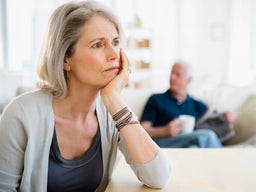 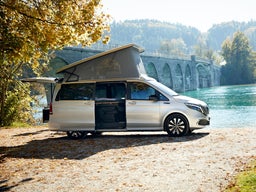 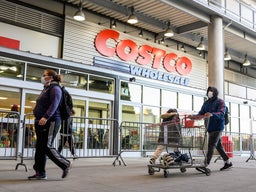