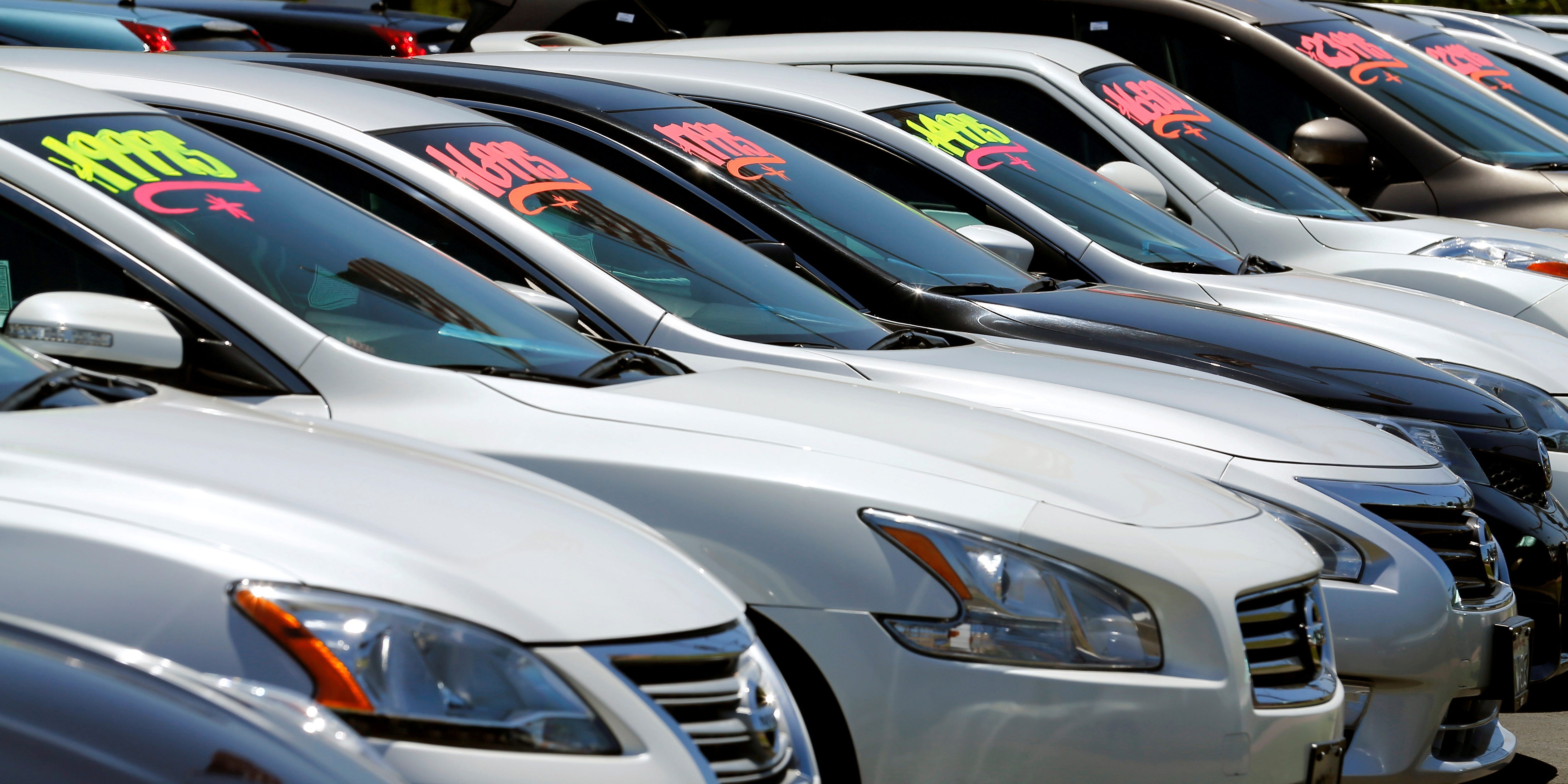 ReutersFILE PHOTO: Automobiles are shown for sale at a car dealership in Carlsbad, California

Shares of Vroom tanked as much as 23% in intraday trading Thursday after the company gave an earnings forecast that fell short of Wall Street’s expectations.

The company expects that in the third quarter, it will have a net loss between 37 cents and 42 cents per share on revenue between $US268 million and $US290 million. Analysts expected that the online used-car company would project a loss of 36 cents per share and revenue of $US344.6 million.

“In response to the drop in demand and uncertainty around vehicle pricing early in the pandemic, we chose to de-risk the business by significantly reducing our inventory during the first half of the quarter,” said Paul Hennessy, Vroom CEO, in a statement.

That demand may be driven by people buying up used cars as they move out of cities and into the suburbs amid the coronavirus pandemic, Hennessy told Reuters in a Thursday interview.

He also said that Vroom’s less-than-rosy third quarter forecast is due to falling average sales prices, which have taken a hit amid the pandemic as Americans become more hesitant to spend money.

Vroom has surged roughly 171% since its initial public offering in June. 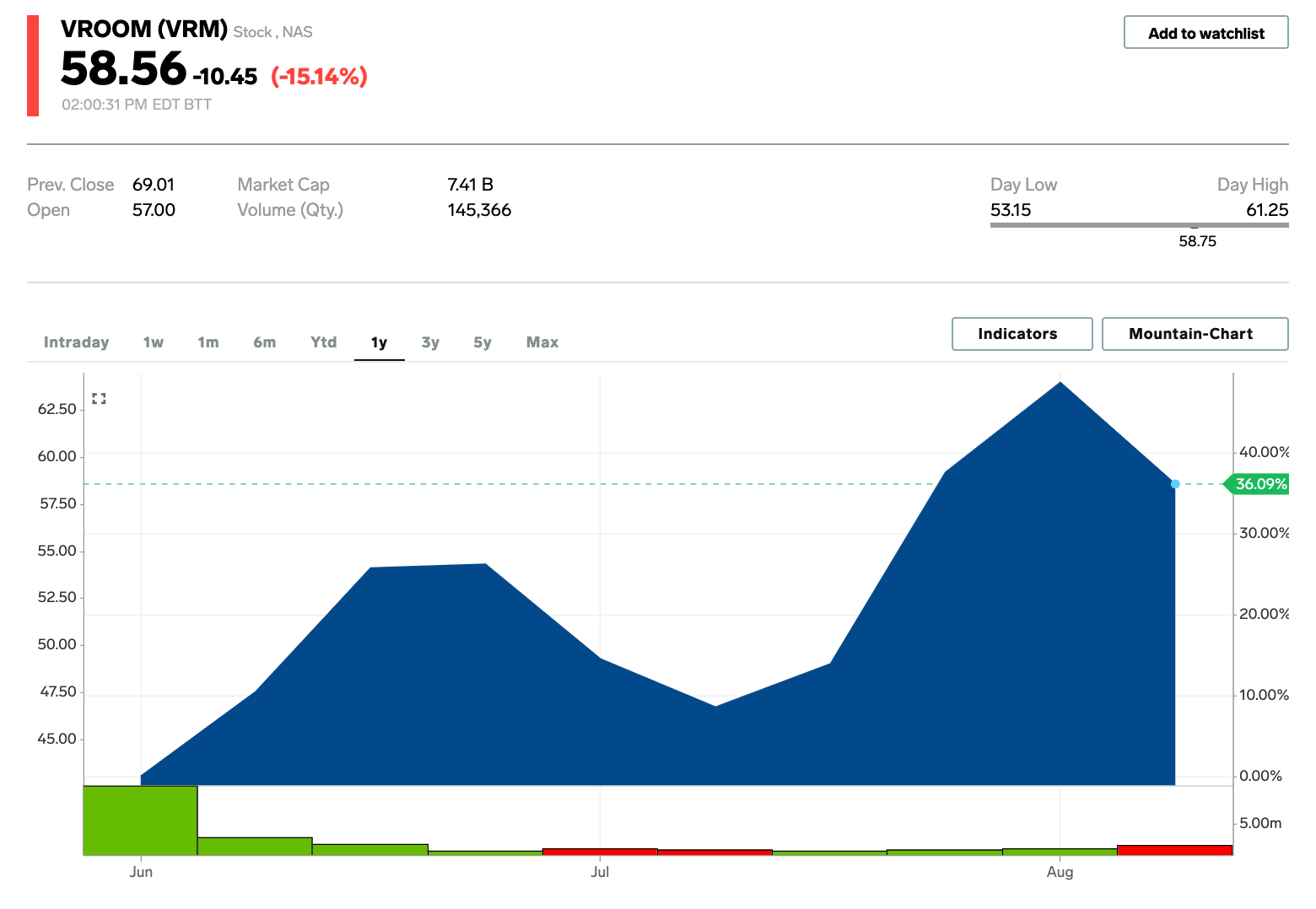