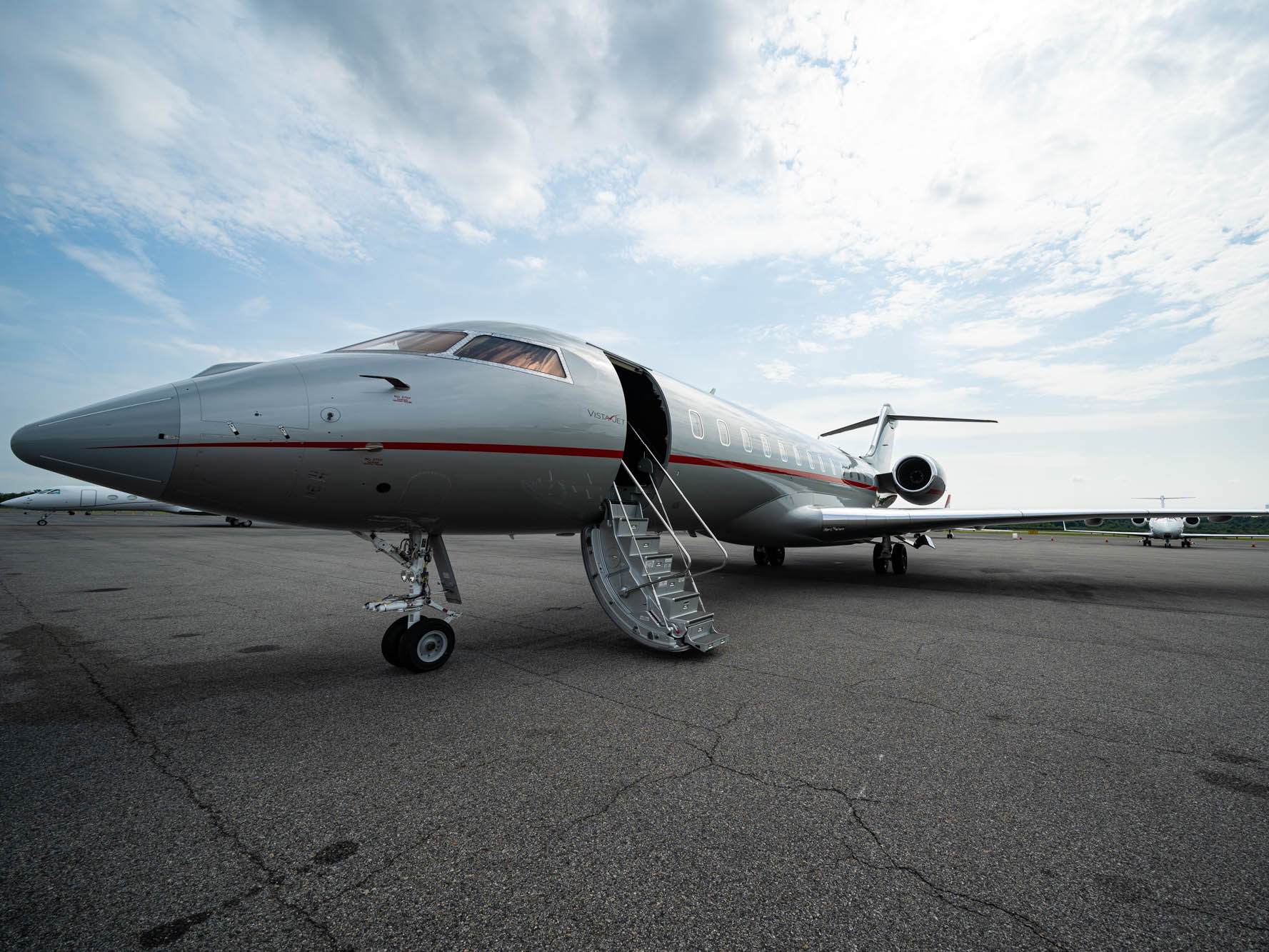 Unparalleled luxury, convenience, and privacy are the perks traditionally associated with private jet travel, but one company is working with pharmaceutical companies to offer the wealthy another exclusive perk: pre-departure coronavirus testing.

Vista Global is one of the world’s leading private jet operating firms with subsidiaries that include VistaJet, XOJET, and JetSmarter, the latter two combined to form XO, powered by JetSmarter technology. CEO Thomas Flohr told Business Insider in a recent interview that it expects the demand for private jet travel to greatly increase as uncertainty about health and safety in commercial aviation lingers.

“What we saw in February and March as the different continents were shutting down and others were reopening [was] an unprecedented demand for flights from one continent to the other,” Flohr said. “Since end of March, we have seen a reduction in flight activity and this is obviously mainly due to shut down of [countries by governments].”

With a flawed testing system from the start, multiple countries had fallen behind on implementing a wide-scale testing system that would enable them to know exactly how many people contracted the virus. That ultimately resulted in people boarding aeroplanes without knowing they were a carrier for the virus, as one JetBlue passenger found while on a flight from New York to Florida, potentially infected others on the flight.

As national governments are still working to acquire large stockpiles of tests, Flohr explained that his company is working with pharmaceutical companies to make tests available for passengers and crew before every flight. The tests would not only ensure peace of mind for those on the aircraft but satisfy requirements in some countries for international travellers to show proof of testing before entry is granted. 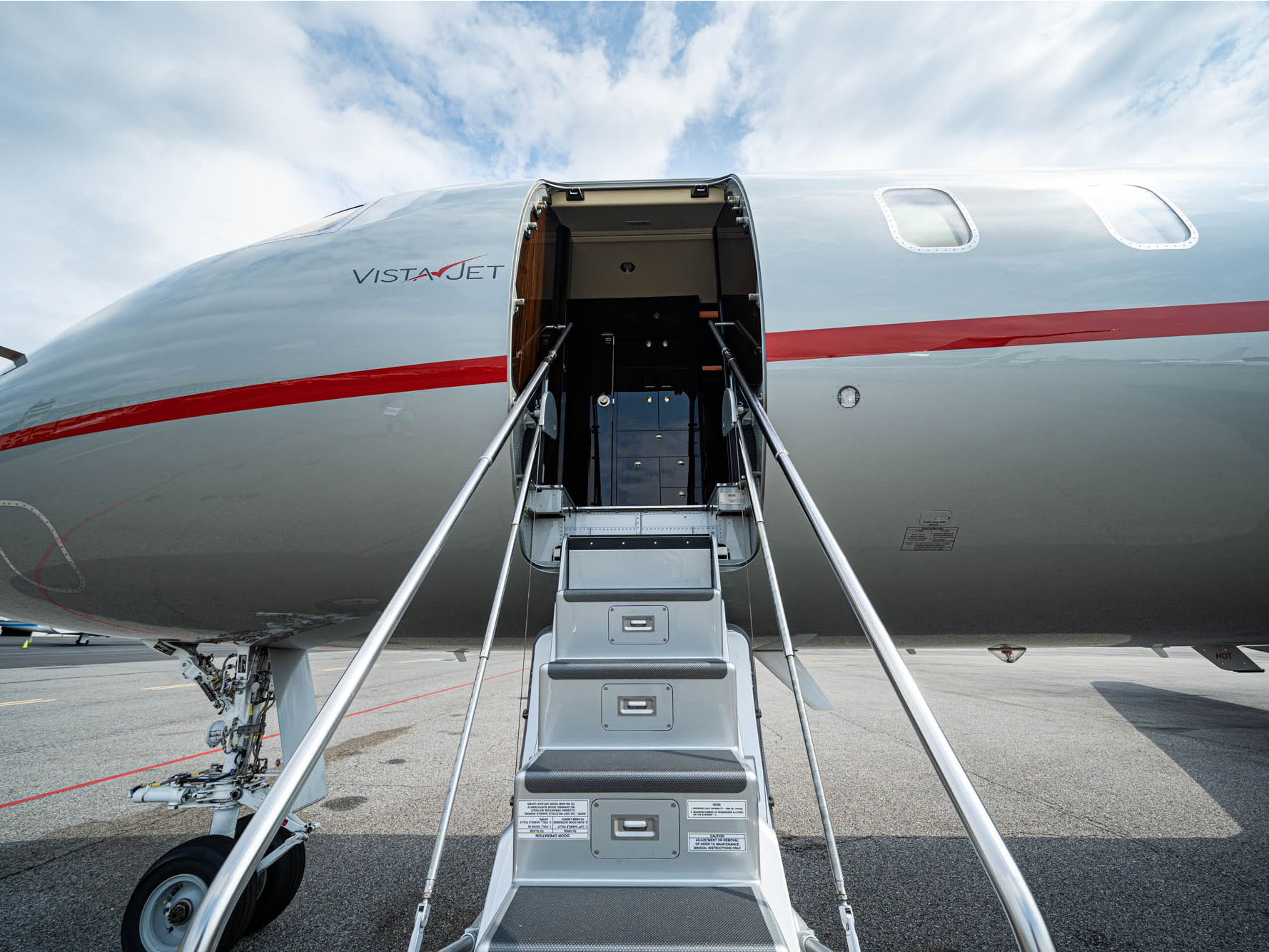 David Slotnick/Business InsiderTests would be given to passengers before each flight to ensure compliance with regulations and provide peace of mind for travelling parties.

“We are in direct touch with some of the leading institutions and pharmaceutical companies to very, very soon, actually, choose the right company to provide us with the relevant tests for both our crew and the passengers that will allow us to have advance testing in place of prior to a flight,” Flohr explained. “These tests take, maximum, up to five minutes.”

While Vista is expecting a temporary period of continued low-demand as issues of global public health remain at the forefront, Flohr is already preparing for the time when travel undoubtedly rebounds. He says he’s first expecting business travel, a segment to which Vista caters heavily, to make a comeback as executives work to get back on track following multiple months of a worldwide economic downturn.

“However, our client base, which are the chairmen and the CEOs of significant companies, they still need to go and be with their company, they need to go in and see their customers and that’s, where we have seen over and again, that that business obviously is done between human beings,” Flohr elaborated. “It’s that travel, which we believe should rebound first.”

Private jet travel is already likely regarded as one of the safest forms of air transportation as it better allows for aerial social distancing and a controlled cabin of passengers specifically chosen by the primary flyer to be onboard. While some companies or high net-worth individuals may not have opted to travel privately in the past, private jet companies like Vista are hopeful that this pandemic will make then cross into the new realm. David Slotnick/Business InsiderAircraft VistaJet’s fleet cannot typically carry more than 20 passengers at a time, even on its largest aircraft.

“I think this [pandemic] is a big shock to the entire world that now, health is in the forefront and we at Vista, we’re doing the maximum possible to allow our client base to fly safely and healthy from A to B,” Flohr said.

Vista wouldn’t be the only air carrier looking to test its passengers as Emirates began offering rapid blood tests to passengers in mid-April as countries began requiring coronavirus test certificates before entry could be granted.