VistaJet is about to take delivery of its first charter-ready Bombardier Global 7500, a $70 million ultra-long-range private jet that can fly 7,700 nautical miles — see inside 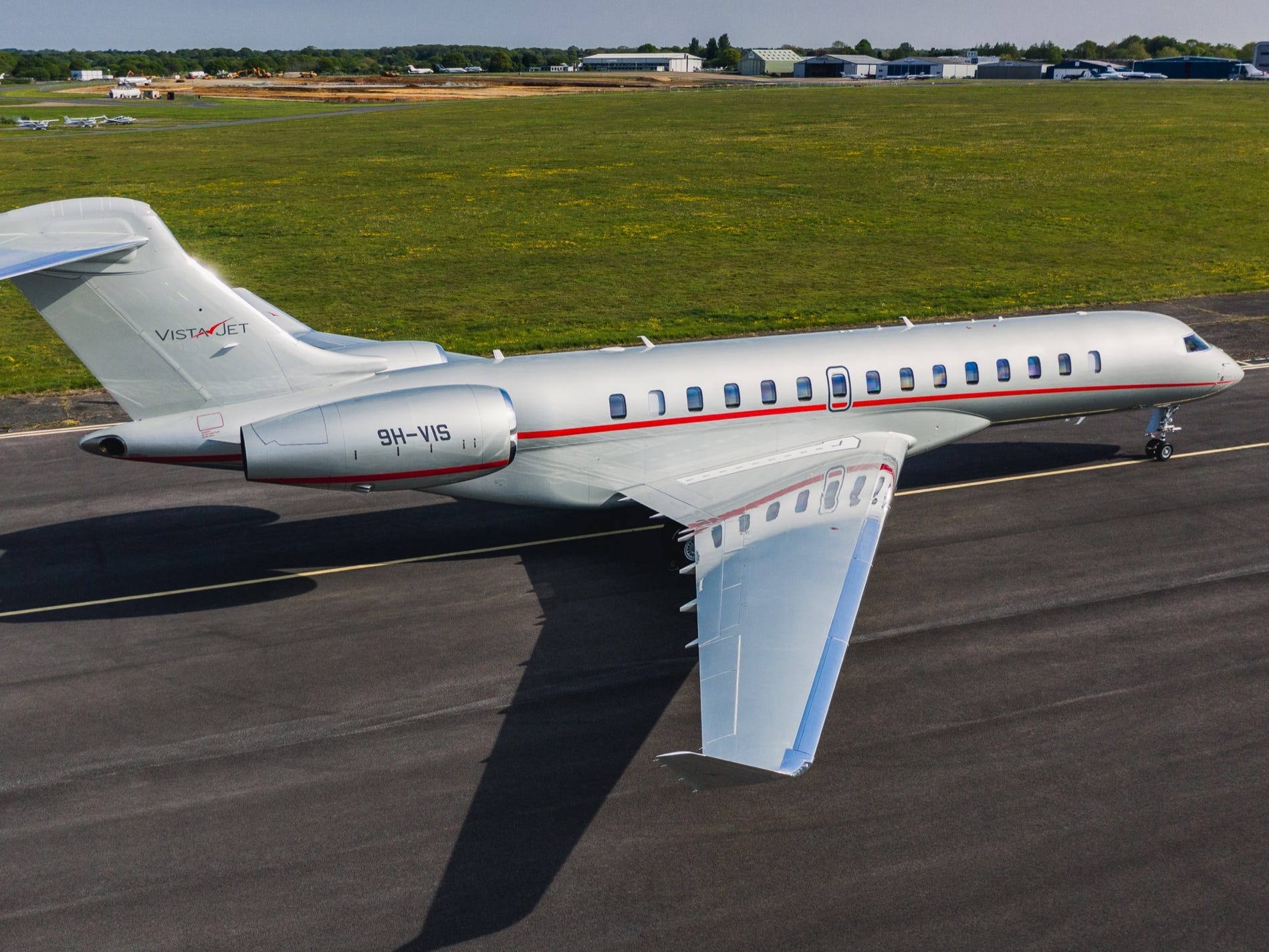 European private jet firm VistaJet is preparing to take delivery of its second Bombardier Global 7500 in January. It’s the first model that VistaJet’s wealthy clients will be able to charter, and just in time as the world begins to re-open on the heels of positive COVID-19 vaccine news that may bring the pandemic to an end in 2021.

The 7500 is an intercontinental private jet that boasts the longest range of any aircraft in its class. For business or health-conscious travellers, flying non-stop can maximise efficiency and minimise exposure to pathogens while travelling by reducing journey times and eliminating any en-route fuel stops.

Thomas Flohr, chairman and founder of Vista Global, called the plane a “game-changer” for his company in an April interview with Business Insider. He said the aircraft will help VistaJet capture a new segment of ultra-high-net-worth individuals who are turning to private jets for travel during the pandemic.

VistaJet was the first charter operator to acquire the Global 7500, and took delivery of its first model earlier this year. But, as a VistaJet spokesperson told Business Insider, the aircraft was scooped up by one client for dedicated use and isn’t available to the firm’s other clients.

With a second aircraft soon in the fleet, VistaJet plans to offer the ultra-long-range capabilities of the jet to all of its charter customers.

The Global 7500 is Bombardier’s largest wide-cabin private jet to-date, and is the flagship of the Global family, which has been in production for more than two decades. 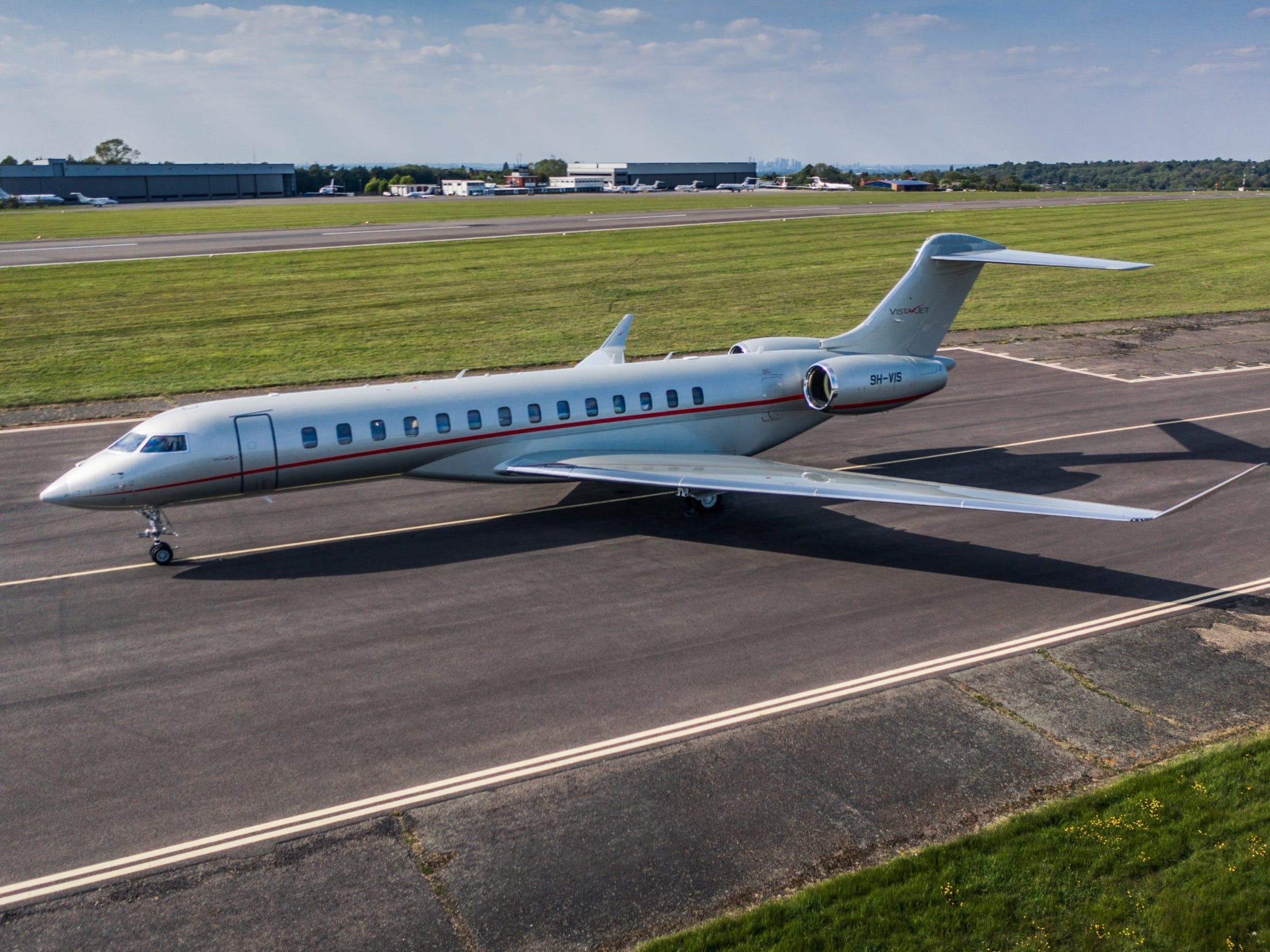 The Global 7500 is still new to the skies. The first one was only delivered to a customer in 2018, making all the more exclusive. 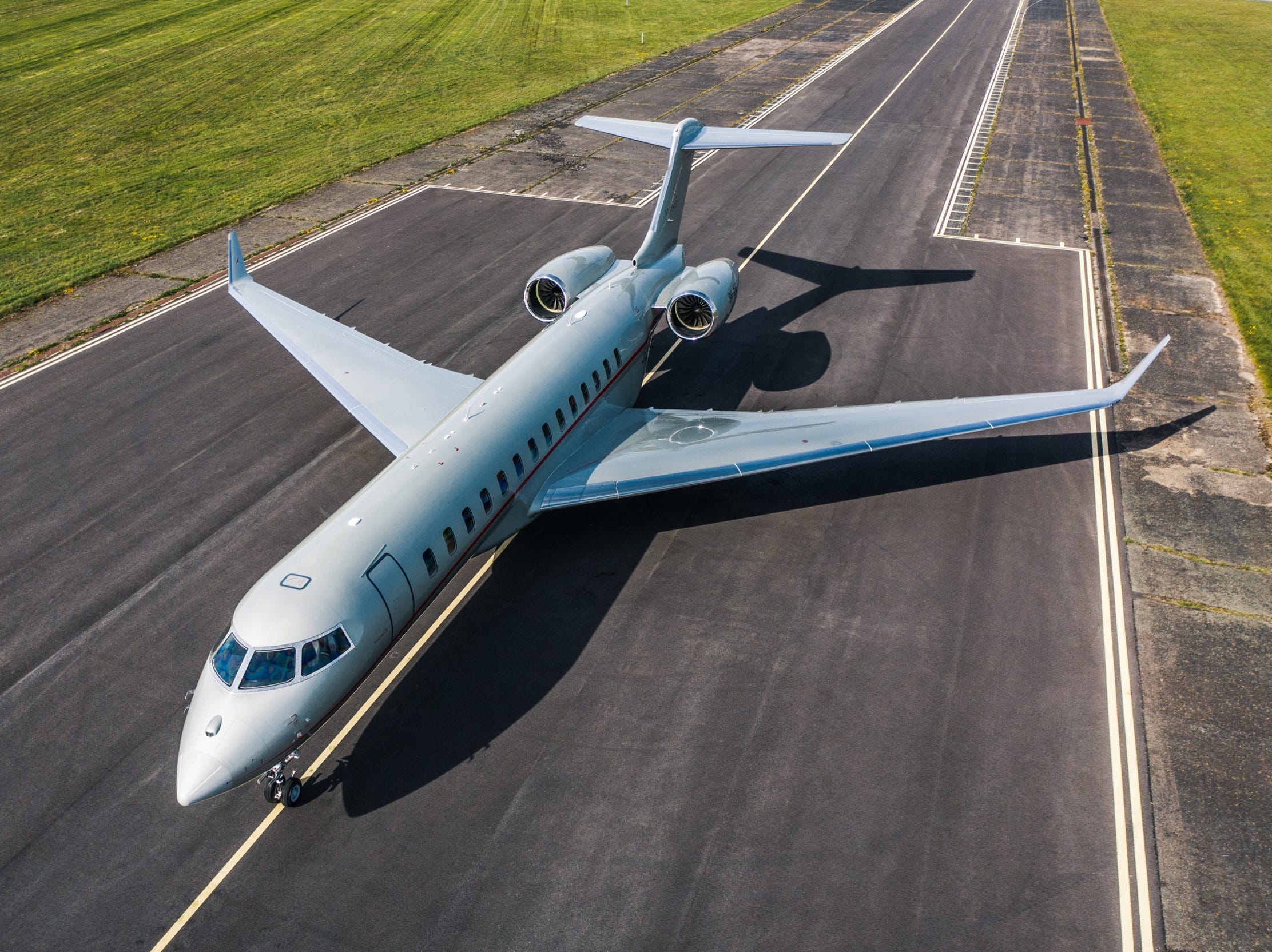 The jet is ideal for flyers looking to have the best of both worlds when it comes to size and capability. 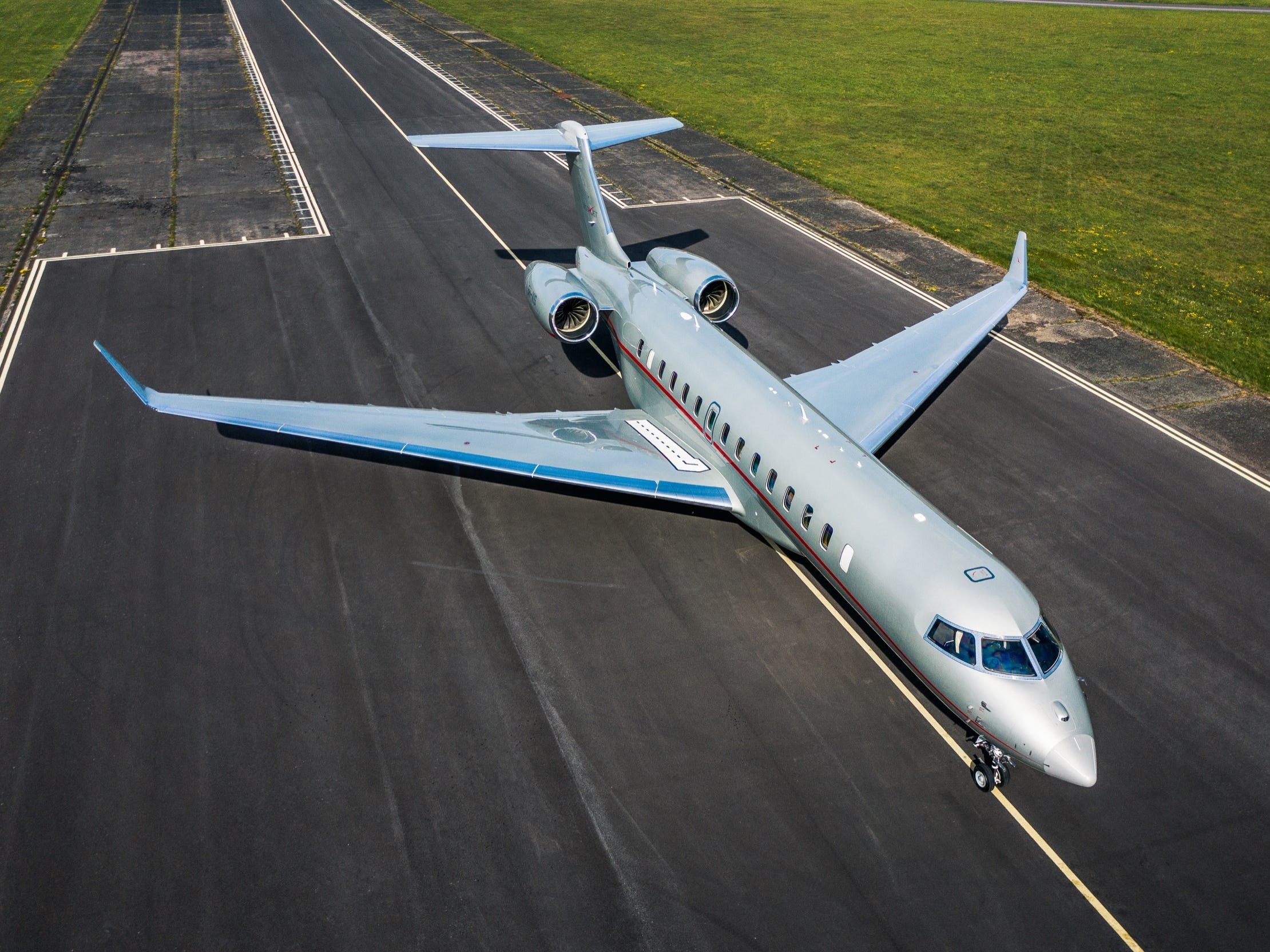 With a maximum range of 7,700 nautical miles, there aren’t many places that can’t be reached in a single flight, or two at the absolute maximum. 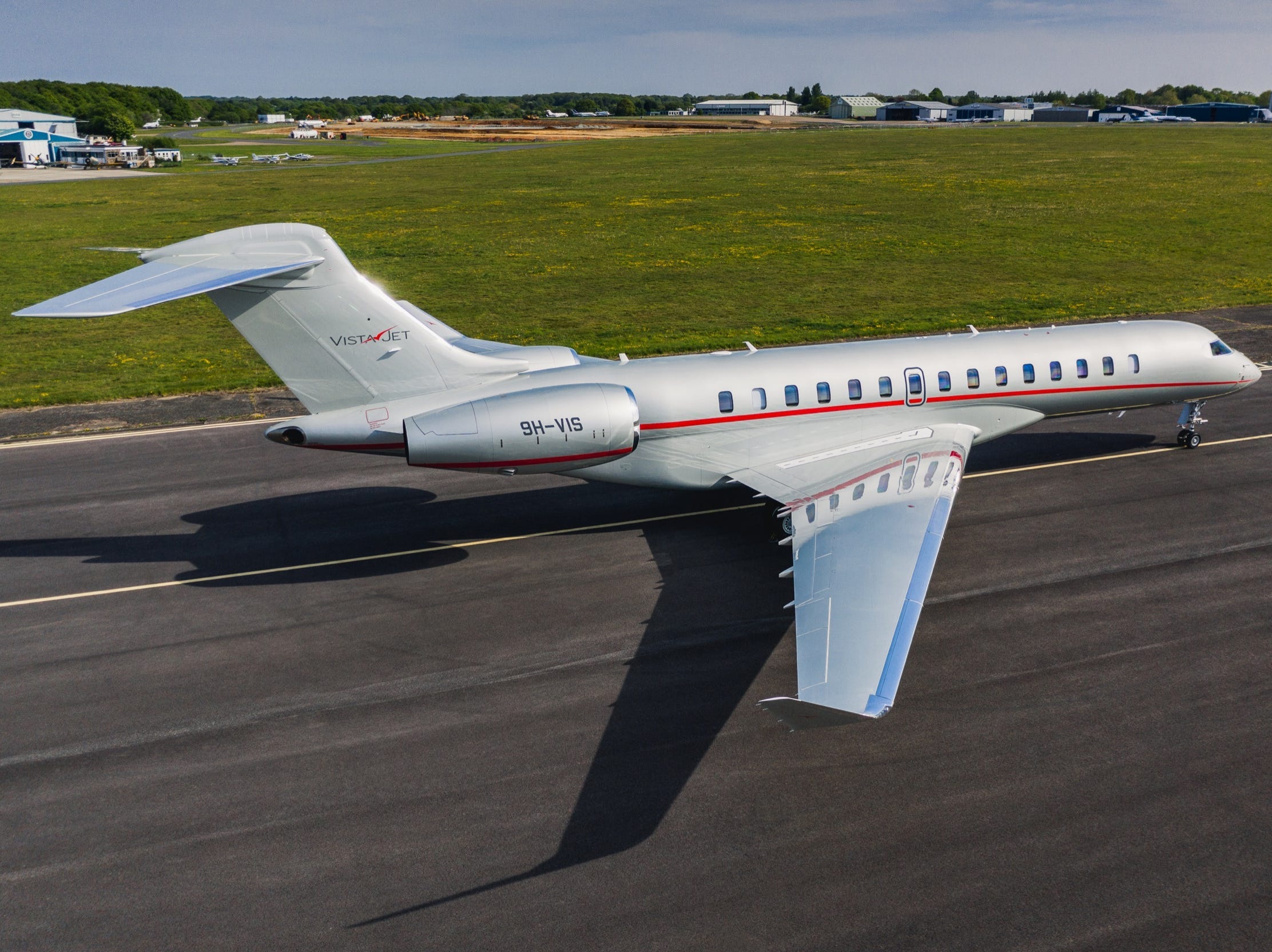 New York-Delhi, London-Santiago, and Taipei-Toronto can all be achieved in a single flight under the right conditions, meaning flight times of over 15 hours. 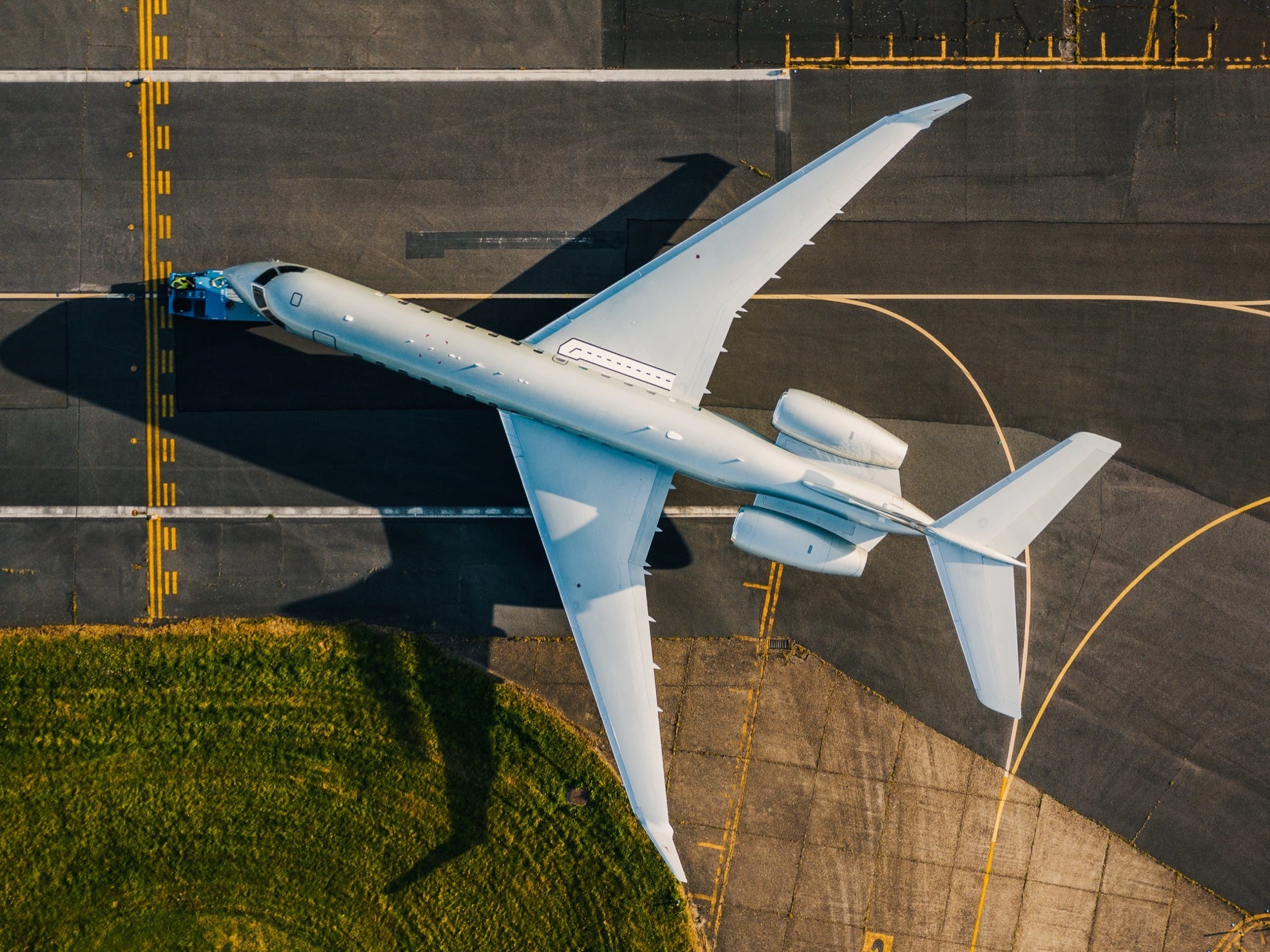 And when spending that many hours on a plane, the at-home feel is key. Thankfully, the jet’s cabin is 54 feet and five inches long, allowing for plenty of room to spread out. 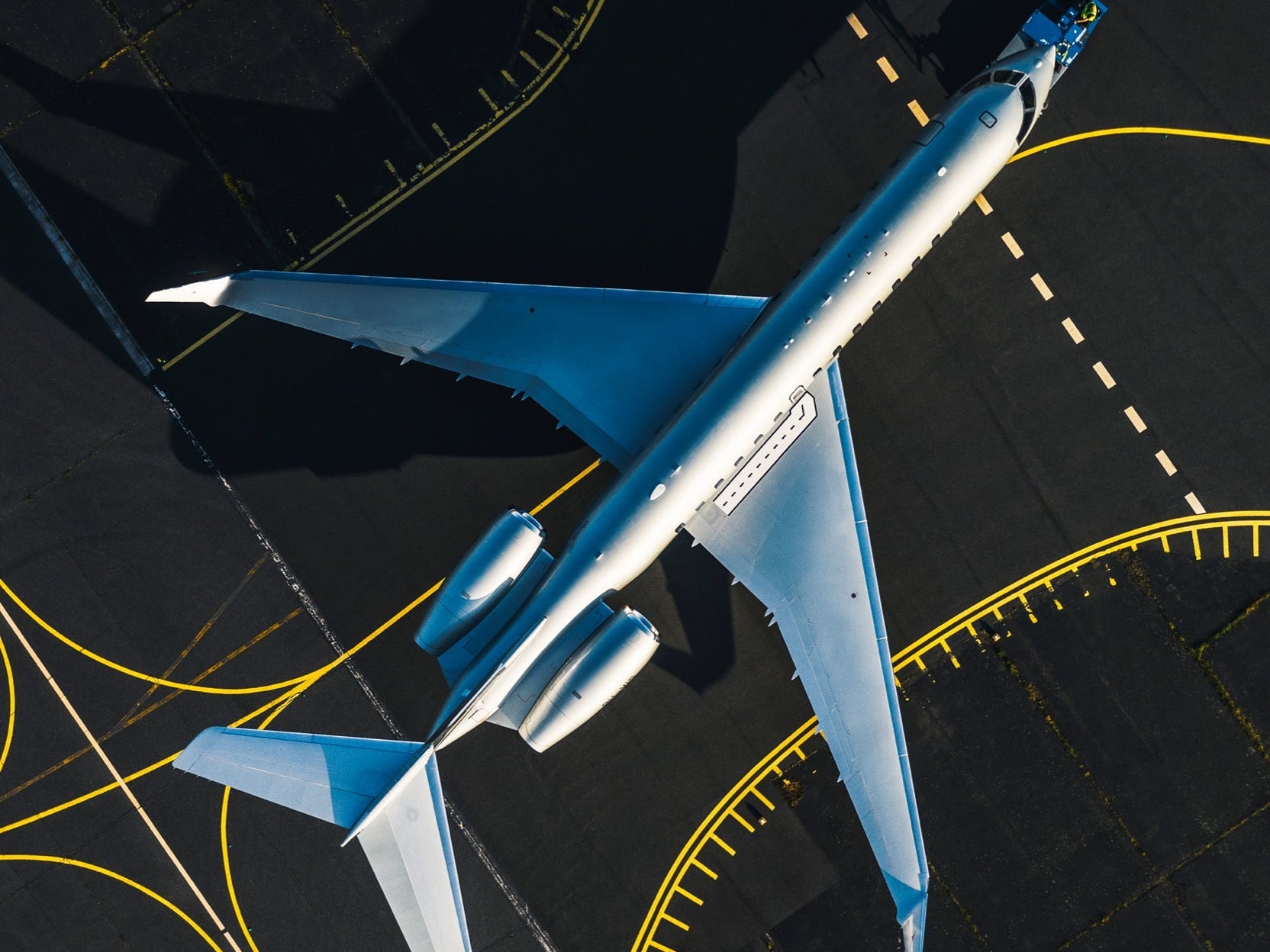 And in true Global fashion, the jet has a cabin width of eight feet. Anything larger would be an airliner. 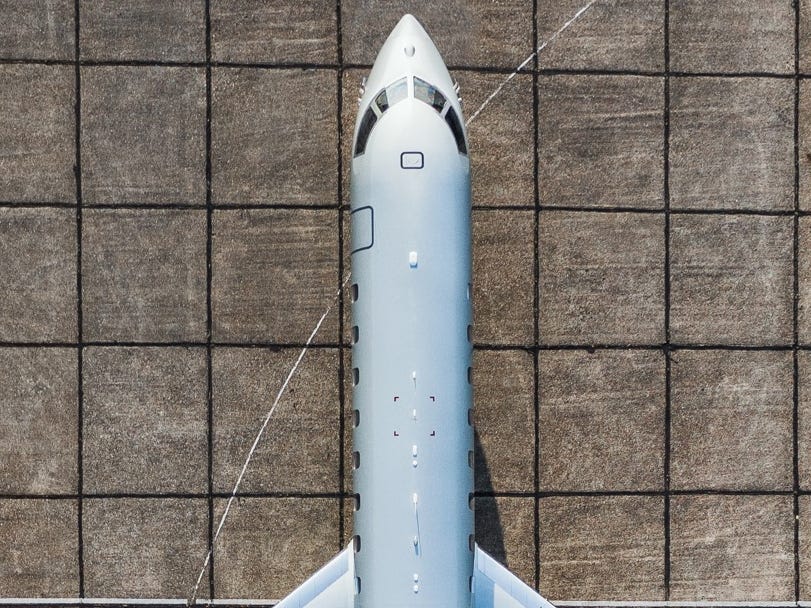 Step inside this silver and red Global 7500. 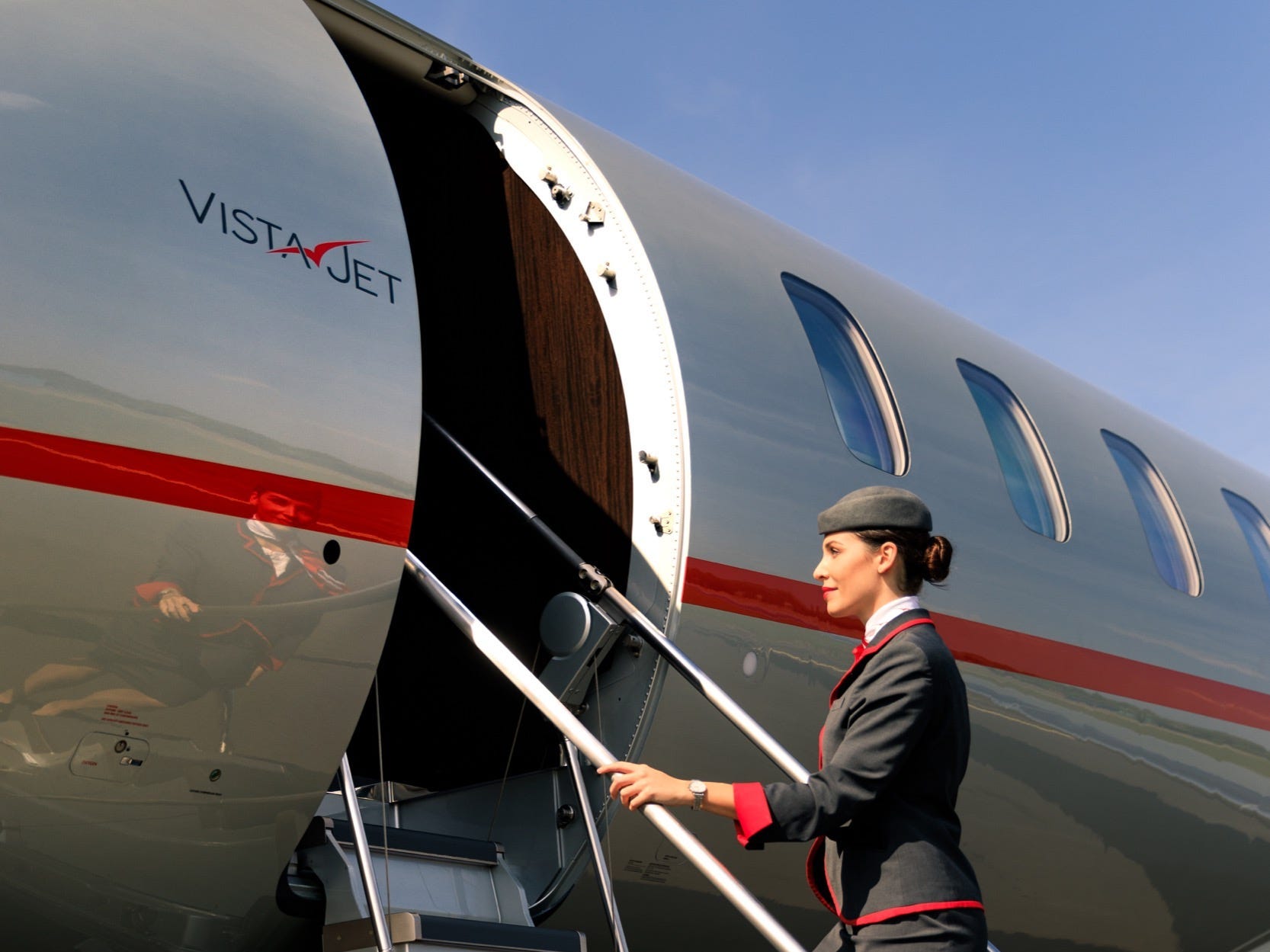 In VistaJet’s configuration, the aircraft can seat 14 passengers across four living areas. The forward areas are open concept while the rear two are more private. The club suite houses the first four seats. Found on nearly every private jet, this area is comprised of four club seats arranged in two pairs that face each other. 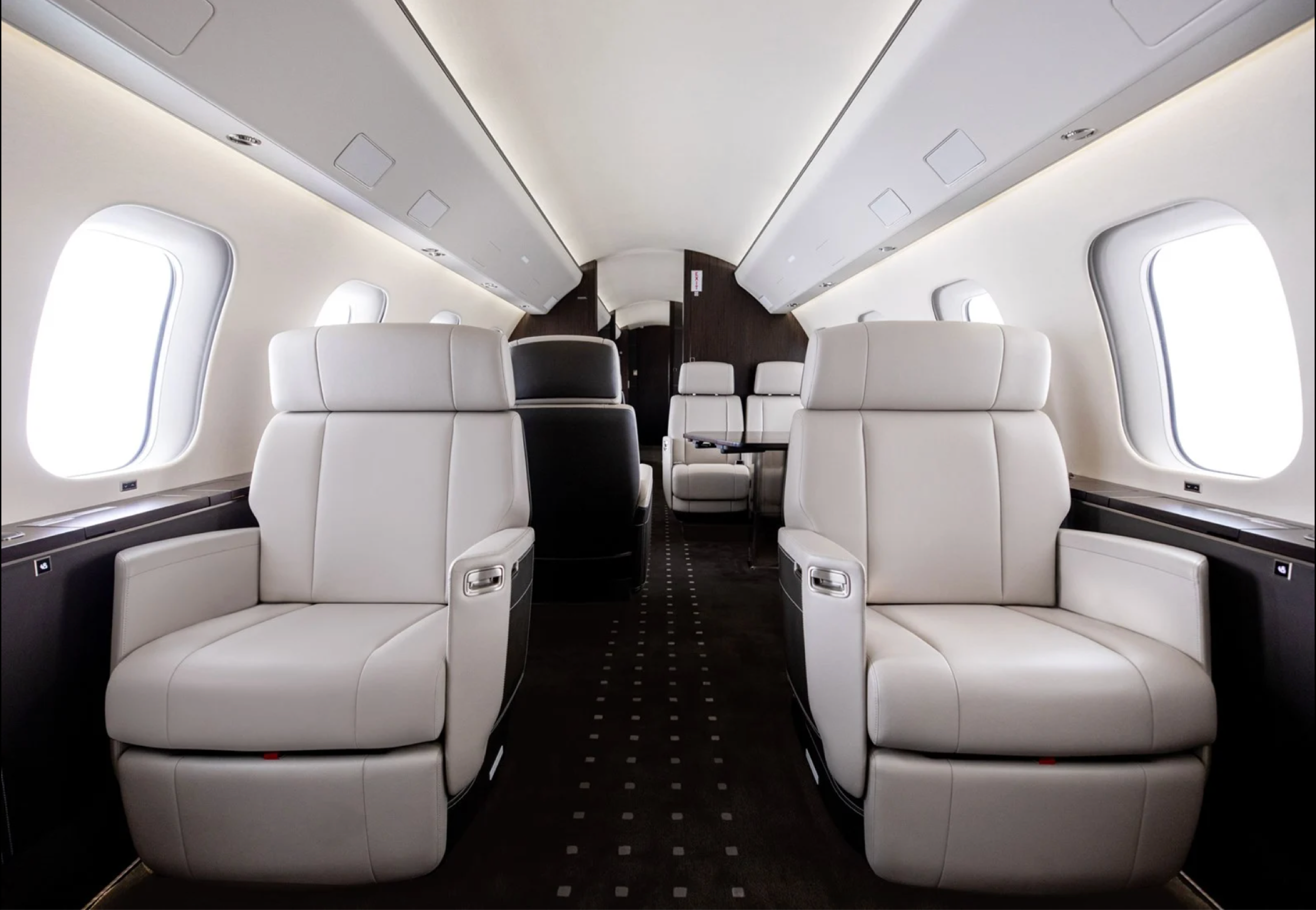 All club seats on the plane are Bombardier’s new “Nuage” seat, which boasts increased ergonomics, a seamless swivel, a deep recline, and lie-flat capabilities. 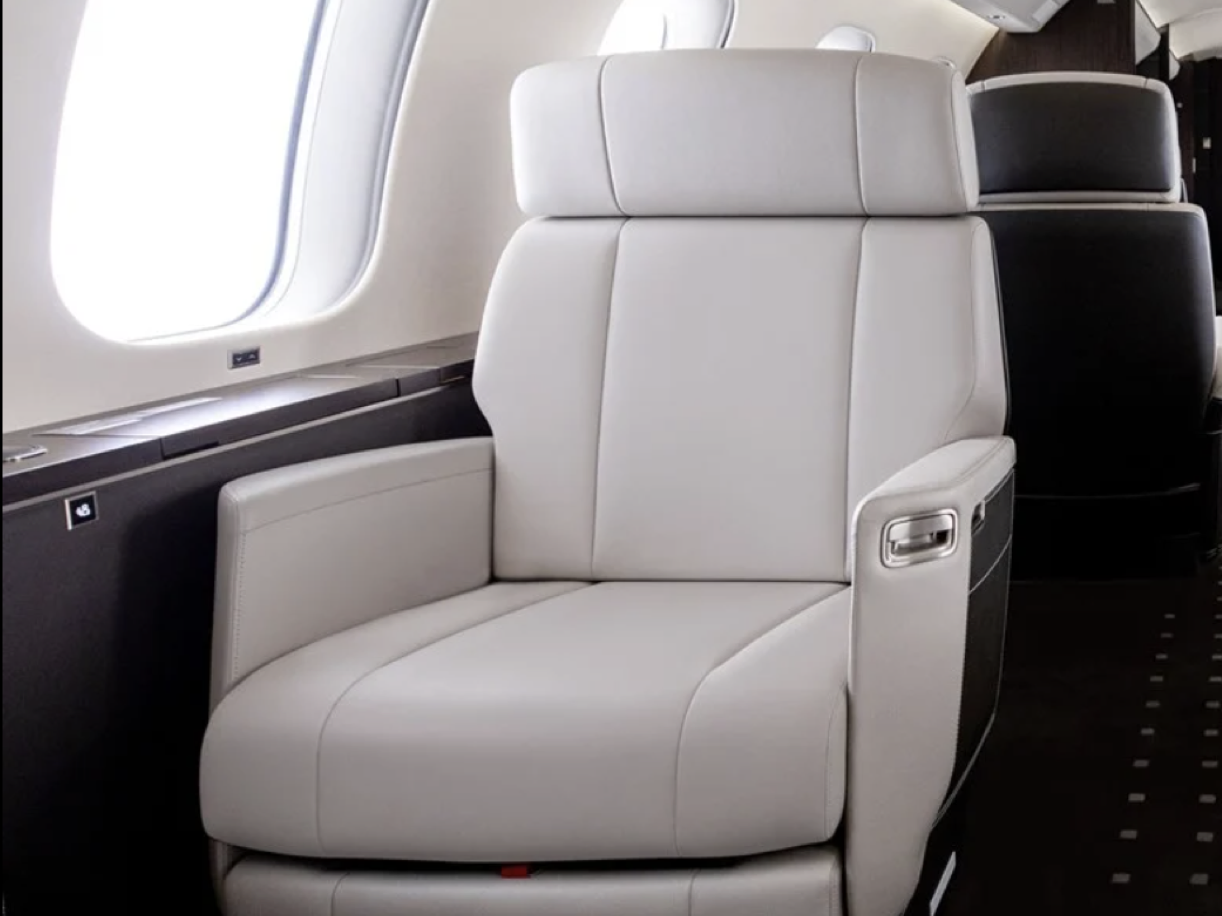 Directly behind is the conference suite, a six-seat section with two large tables divided by an aisle. 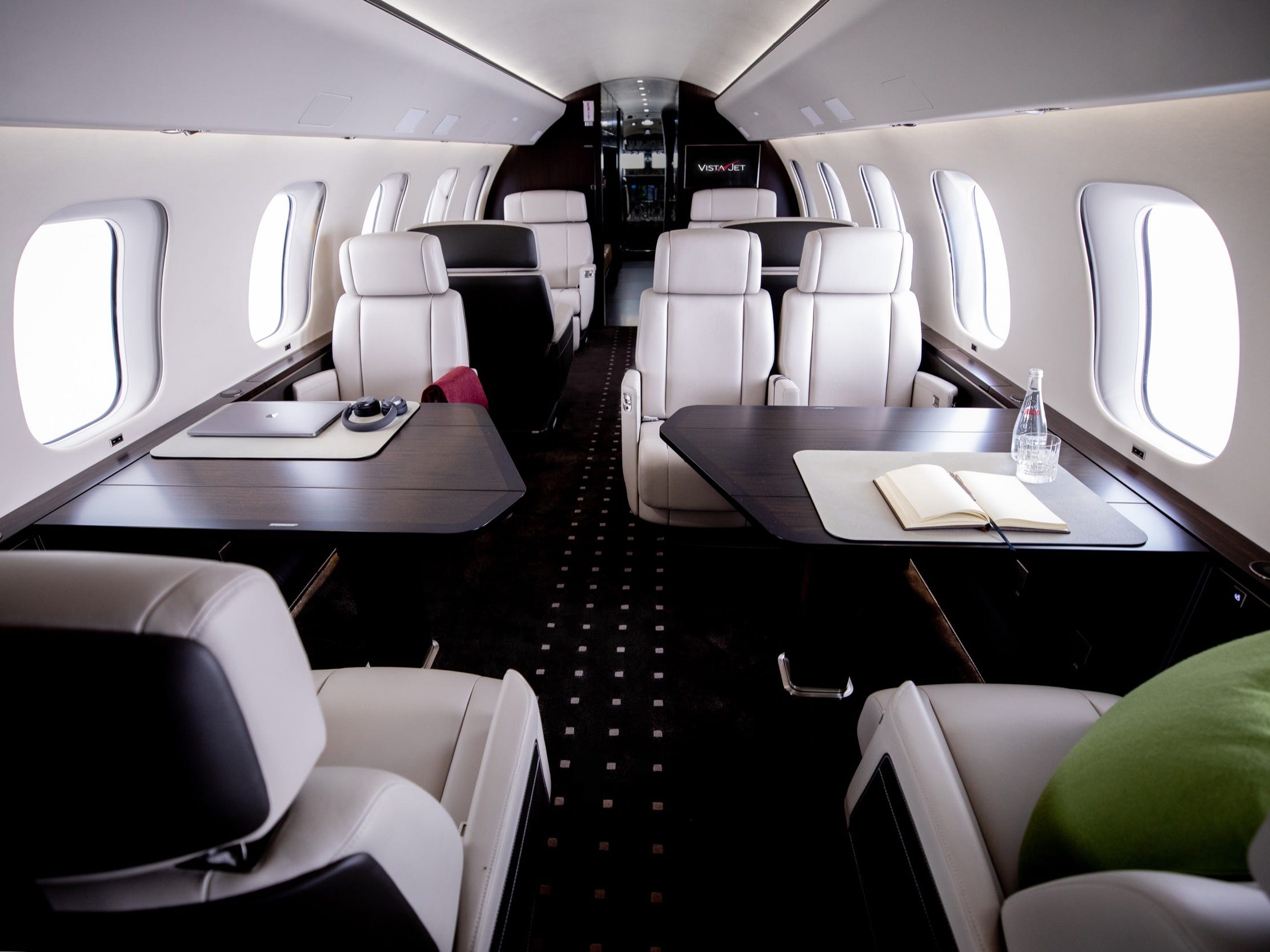 It’s a multi-purpose area that can be used as a dining table during mealtimes or as a conference table during working hours. 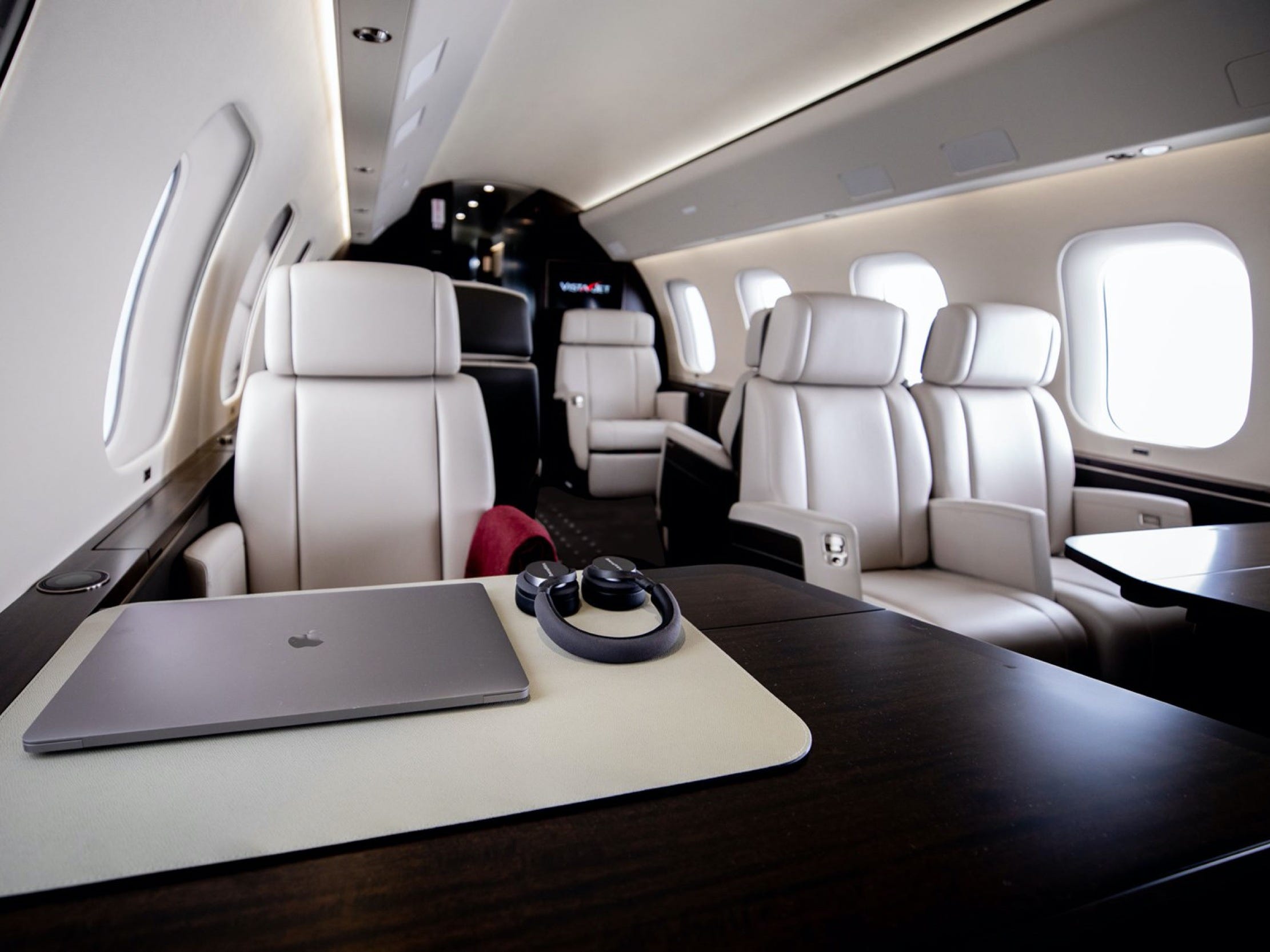 The tables can also be connected by a sleeve that blocks the aisle, ideal when four or more passengers are sharing a meal. 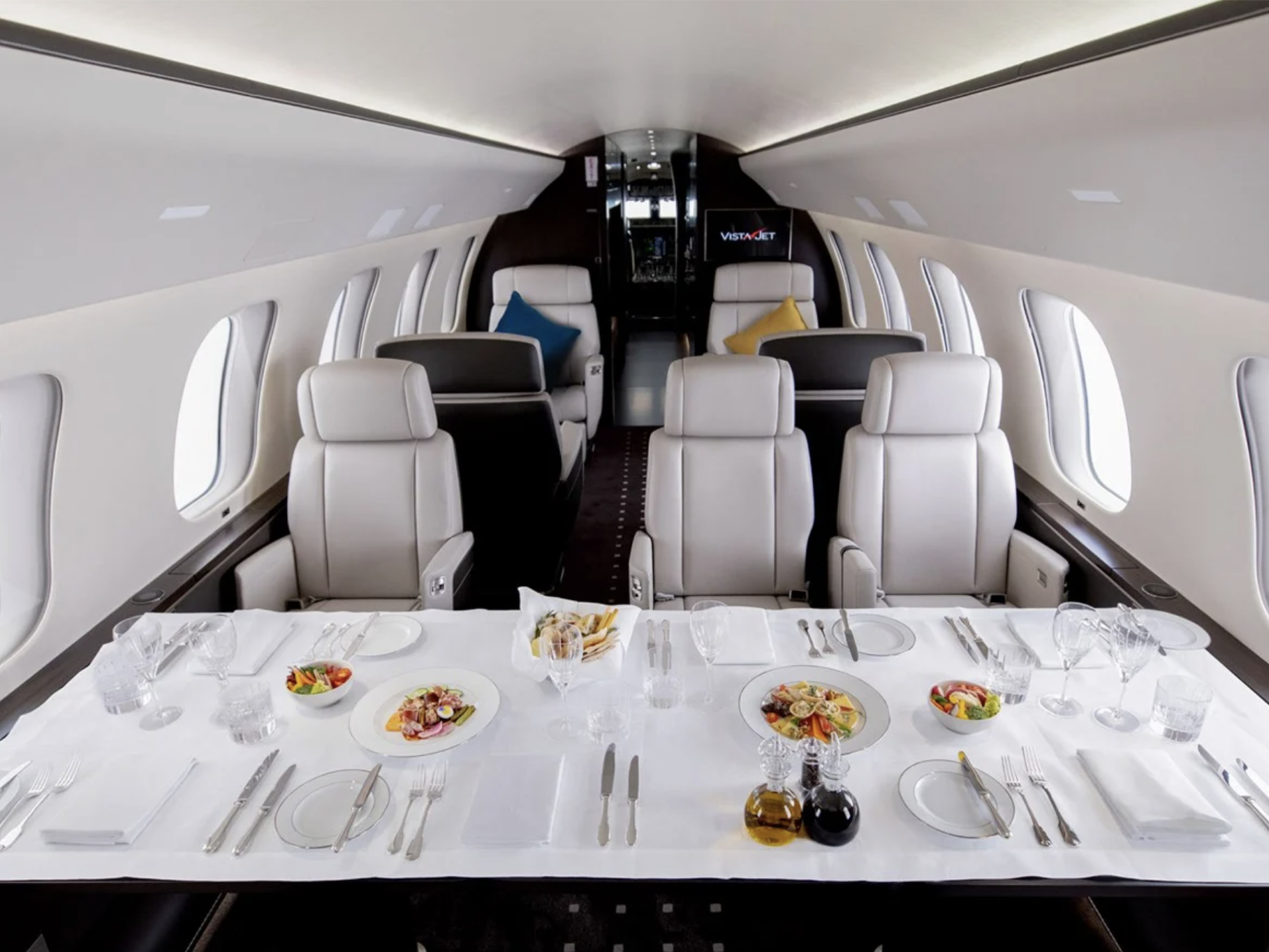 Finally, an enclosed entertainment suite serves as a living room with a three-person couch facing a high-definition flat-screen television. 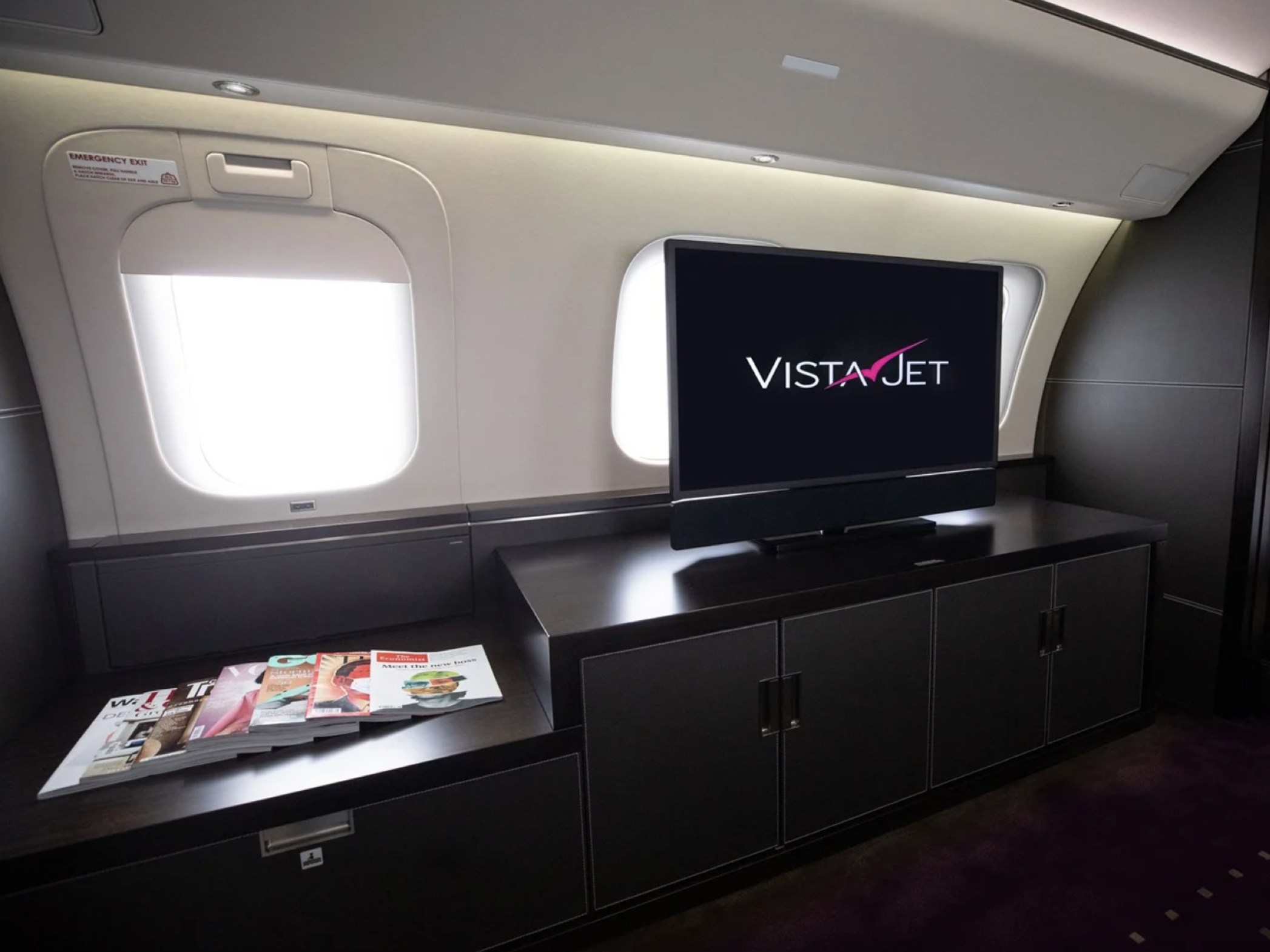 And when it’s time to sleep or get work done in privacy, the principal flyer can retreat to a private suite in the back of the plane. 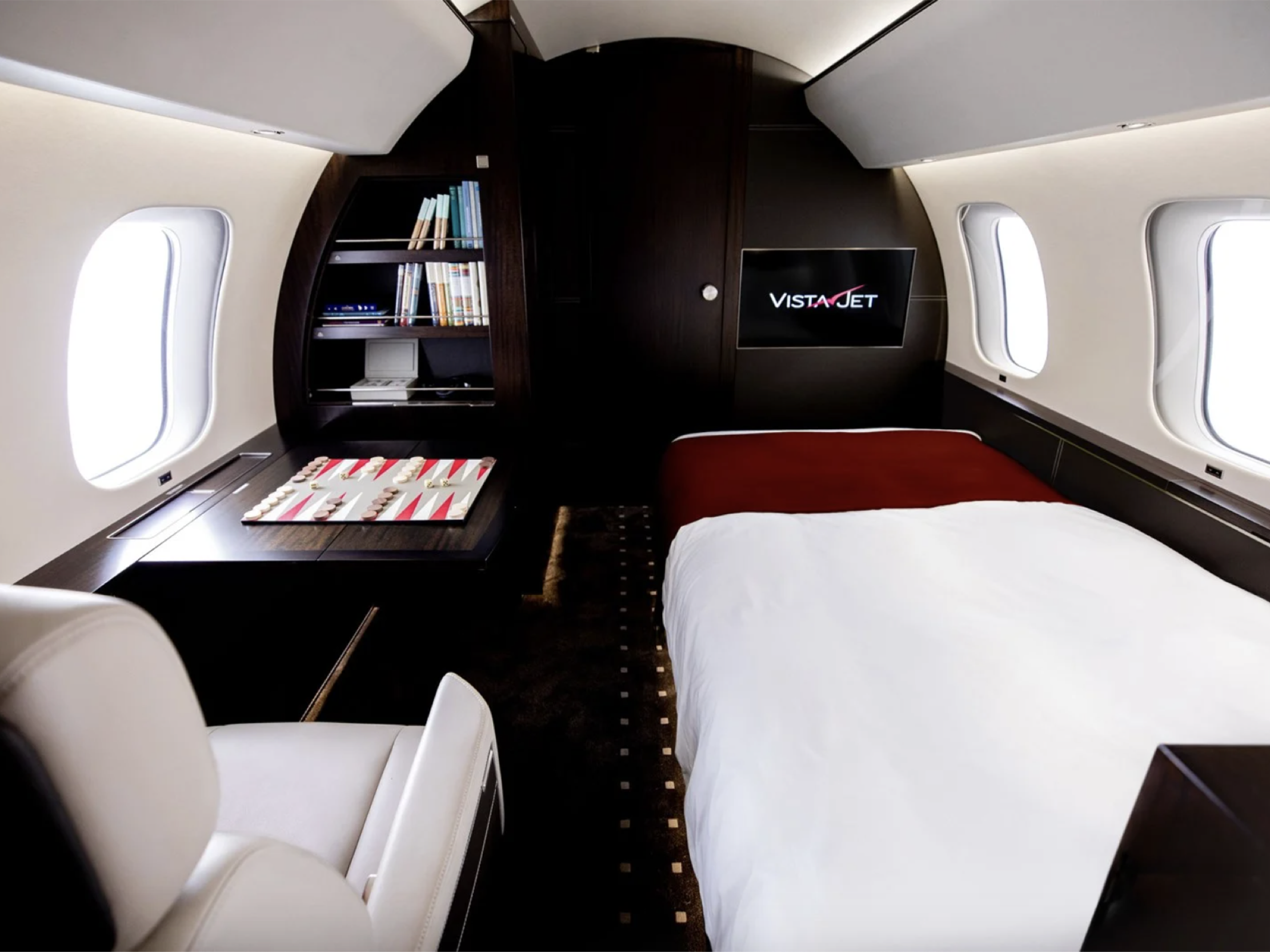 The enclosed space has a proper full-size bed opposite an office space that comes with its own club seat and table. 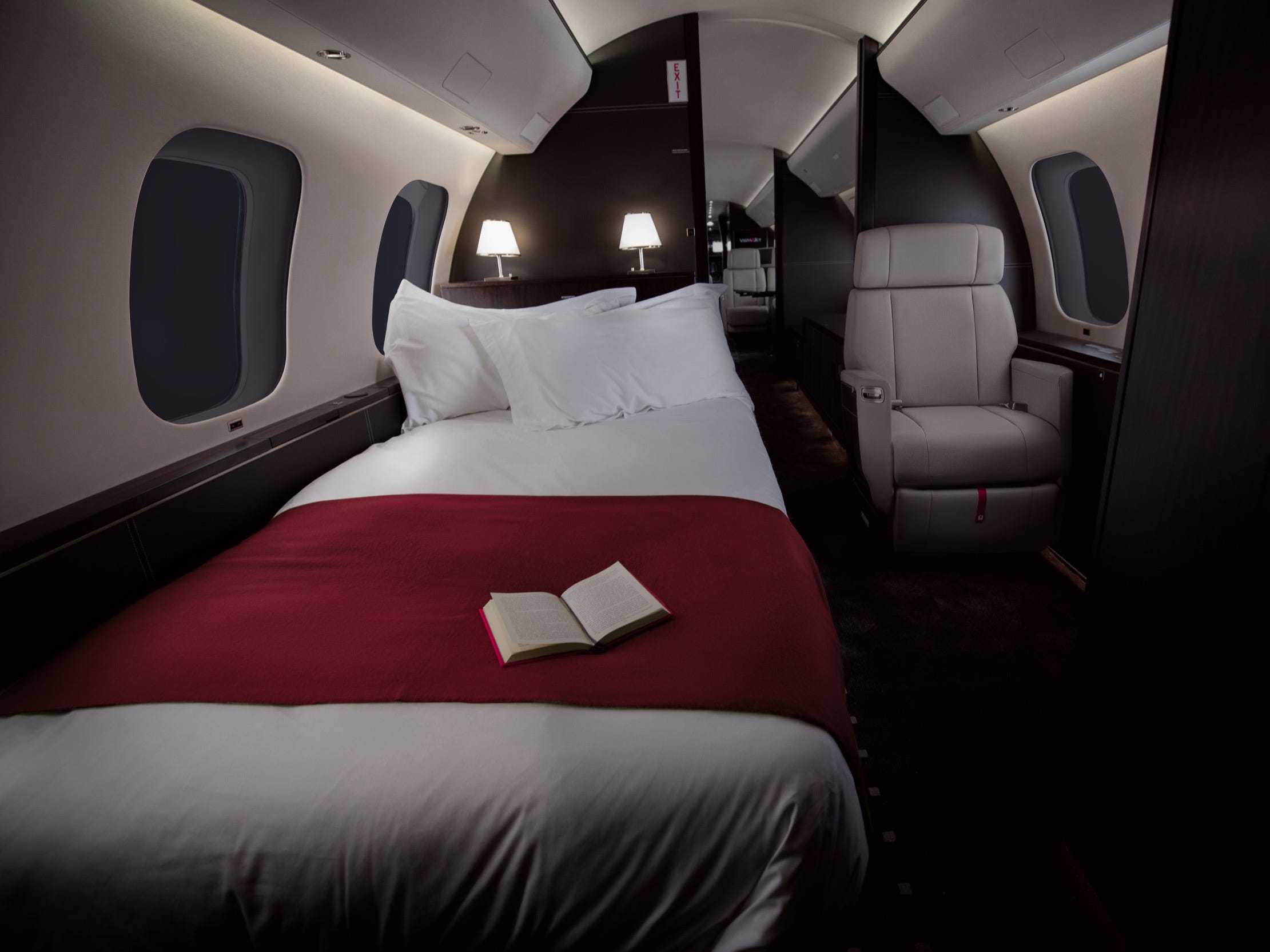 Eight people can sleep in the jet when all the seats are converted into beds, ideal for when crossing multiple time zones in a single trip. 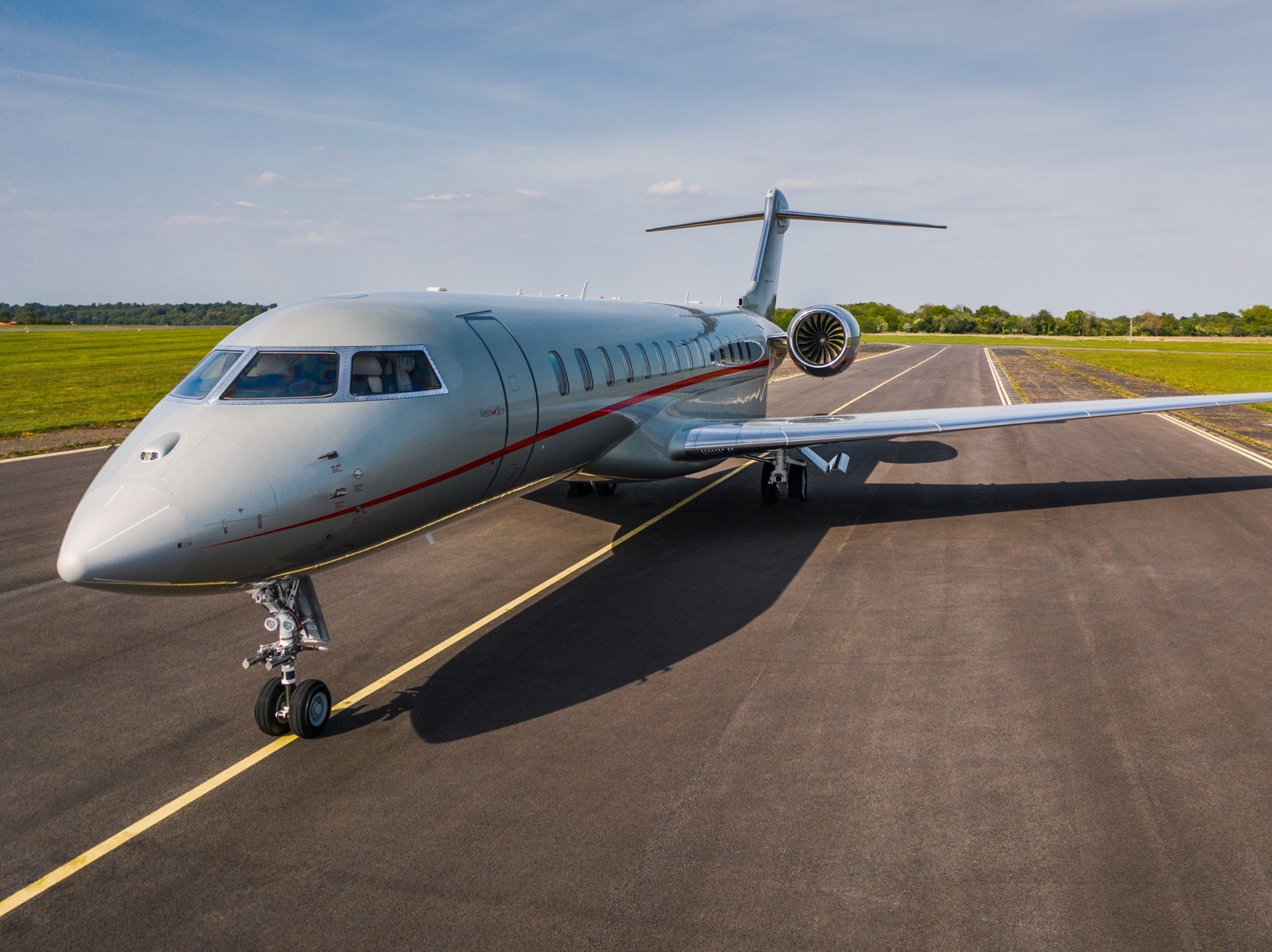 Two GE Passport engines power the aircraft are with more than 18,000 pounds of thrust. 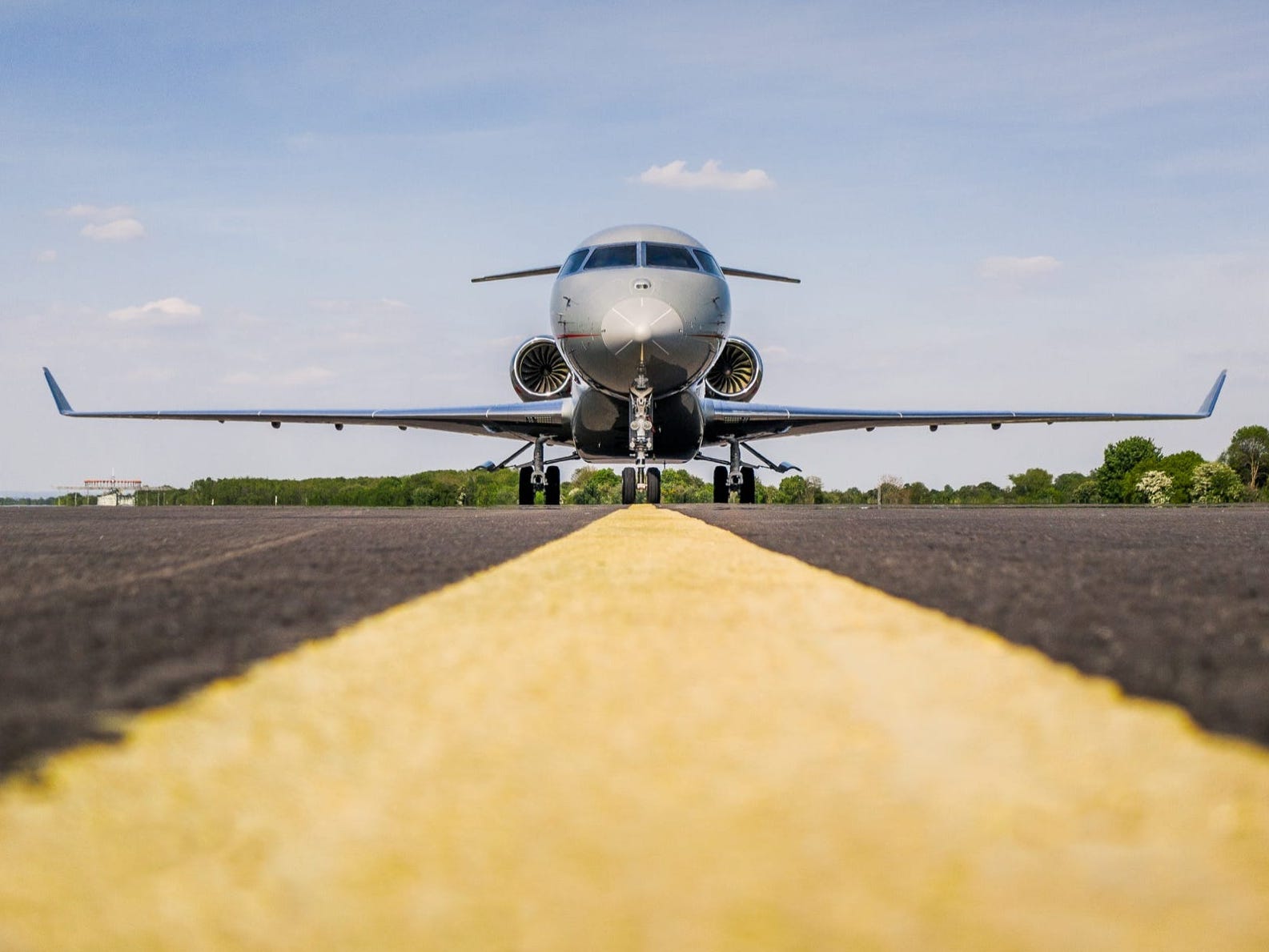 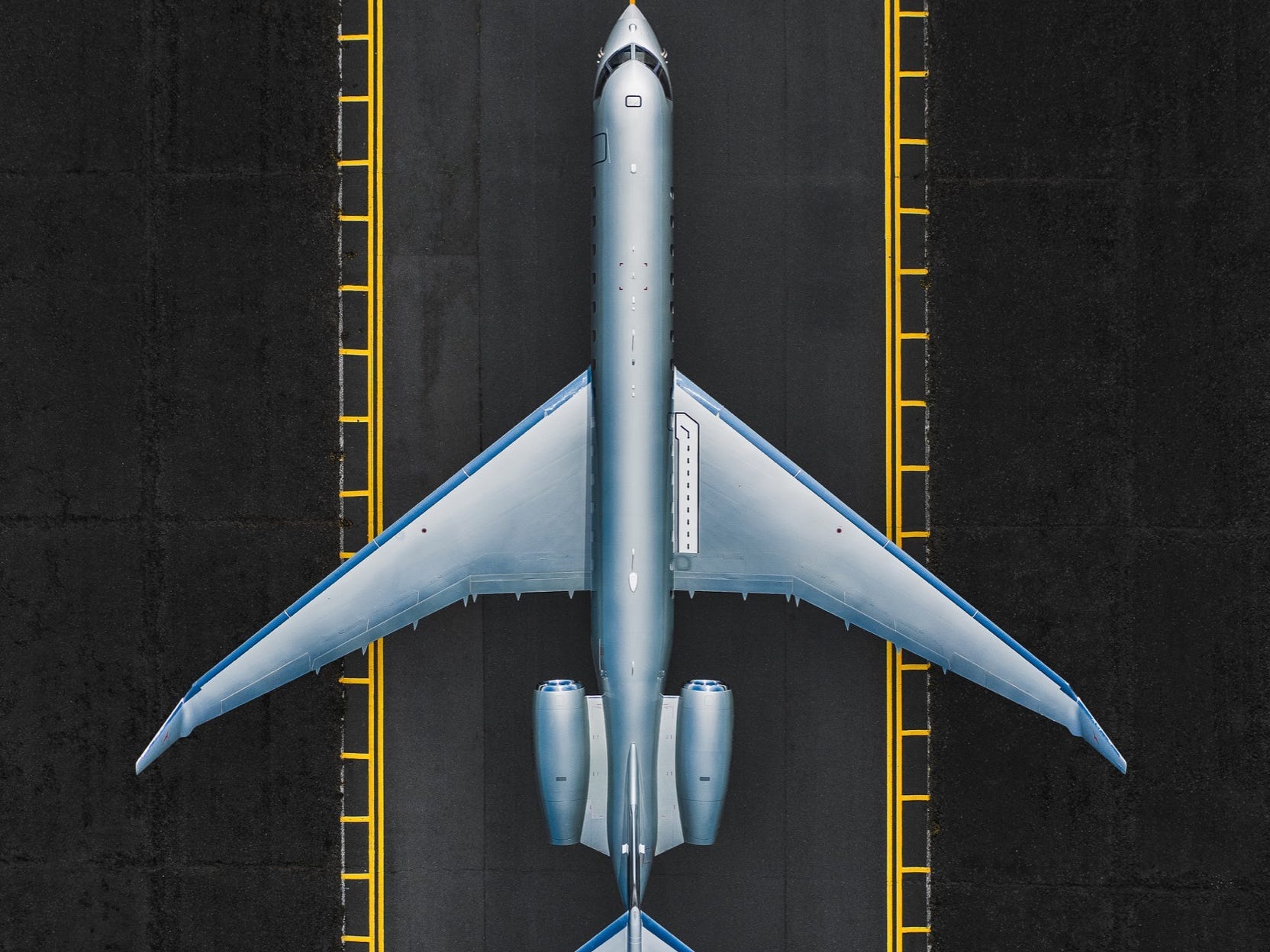 Its combined speed and range give VistaJet a new tool in attracting customers seeking to avoid airlines with non-stop flights on routes that would require a stop on smaller aircraft. 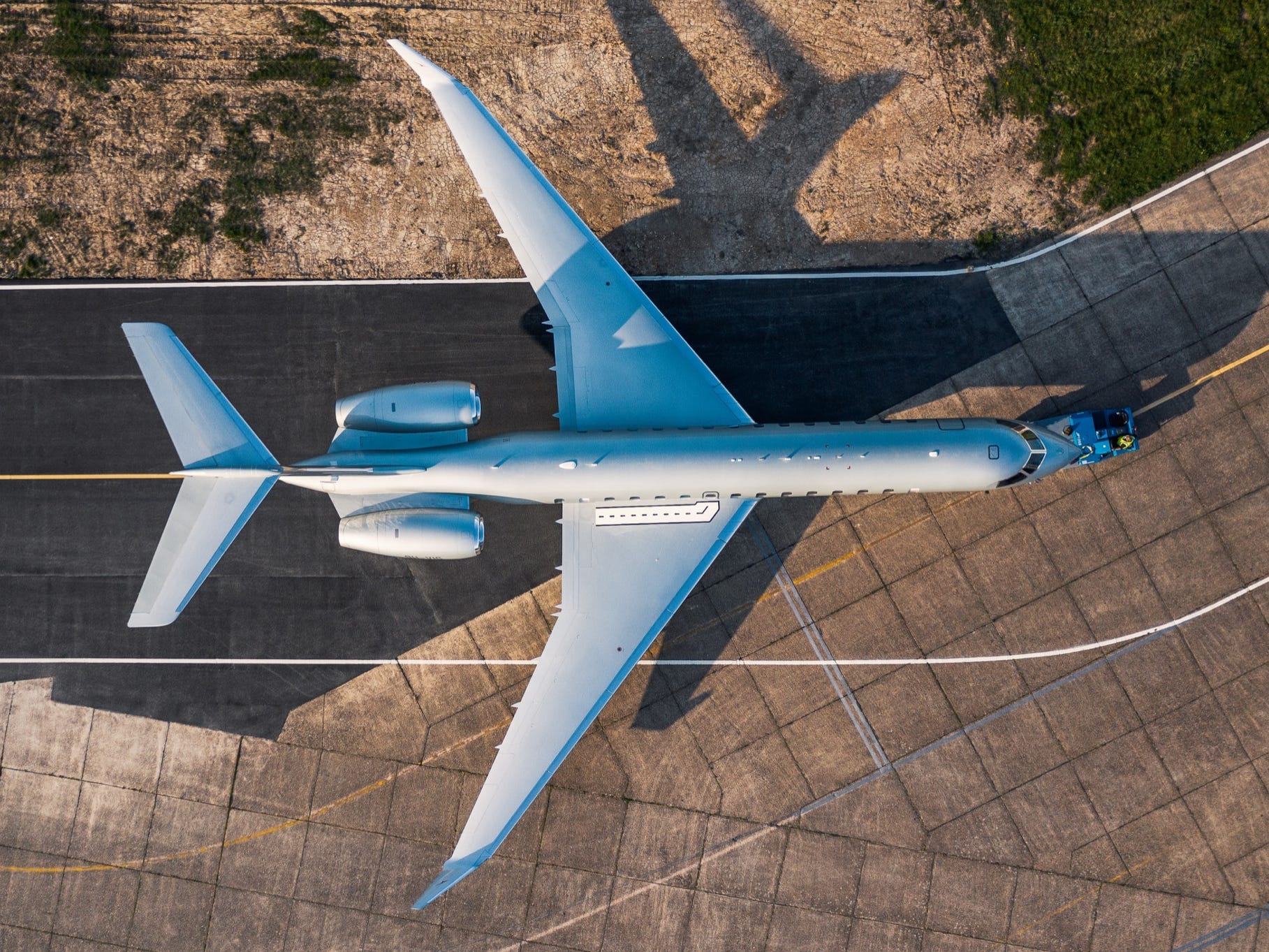 The jet broke a speed record in 2019 when it flew from Los Angeles’ Van Nuys Airport to Teterboro Airport near New York City in just three hours and 54 minutes. 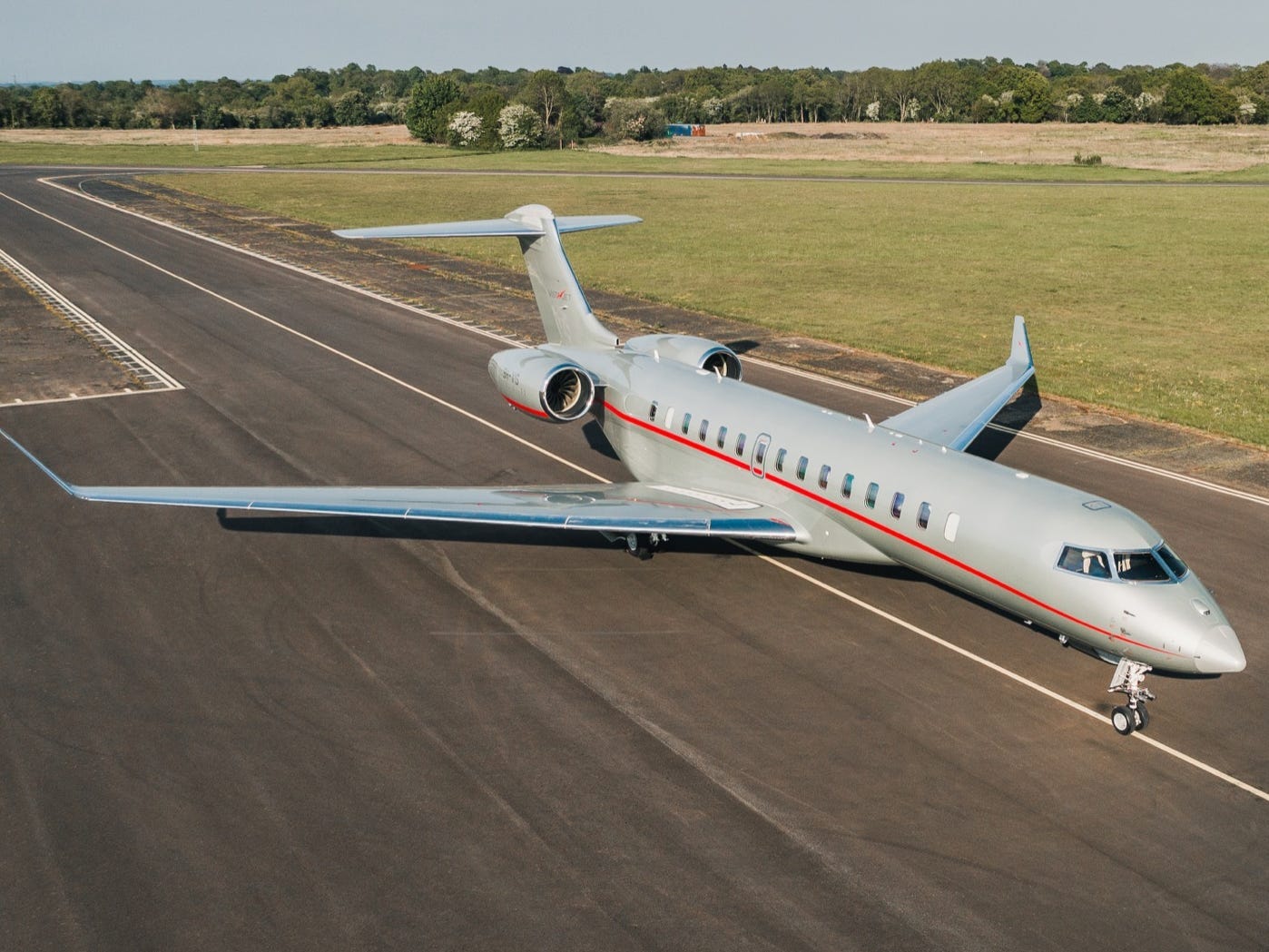 It can also climb as high as 51,000 feet, well beyond commercial airliners and high enough to see the curvature of the Earth. 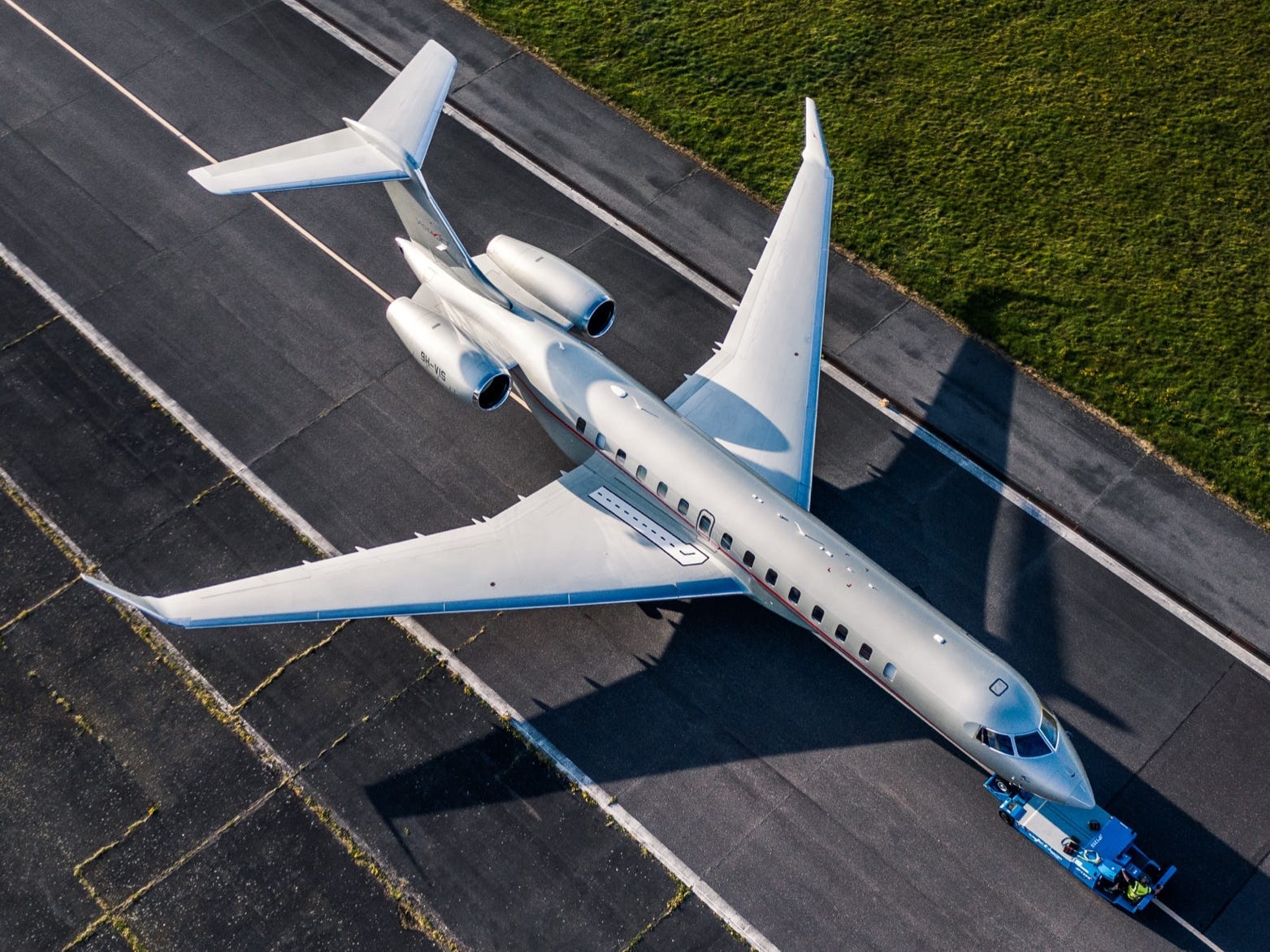 Its main rival is the Gulfstream G700, an upcoming aircraft that boasts similar capabilities and a slightly longer cabin. 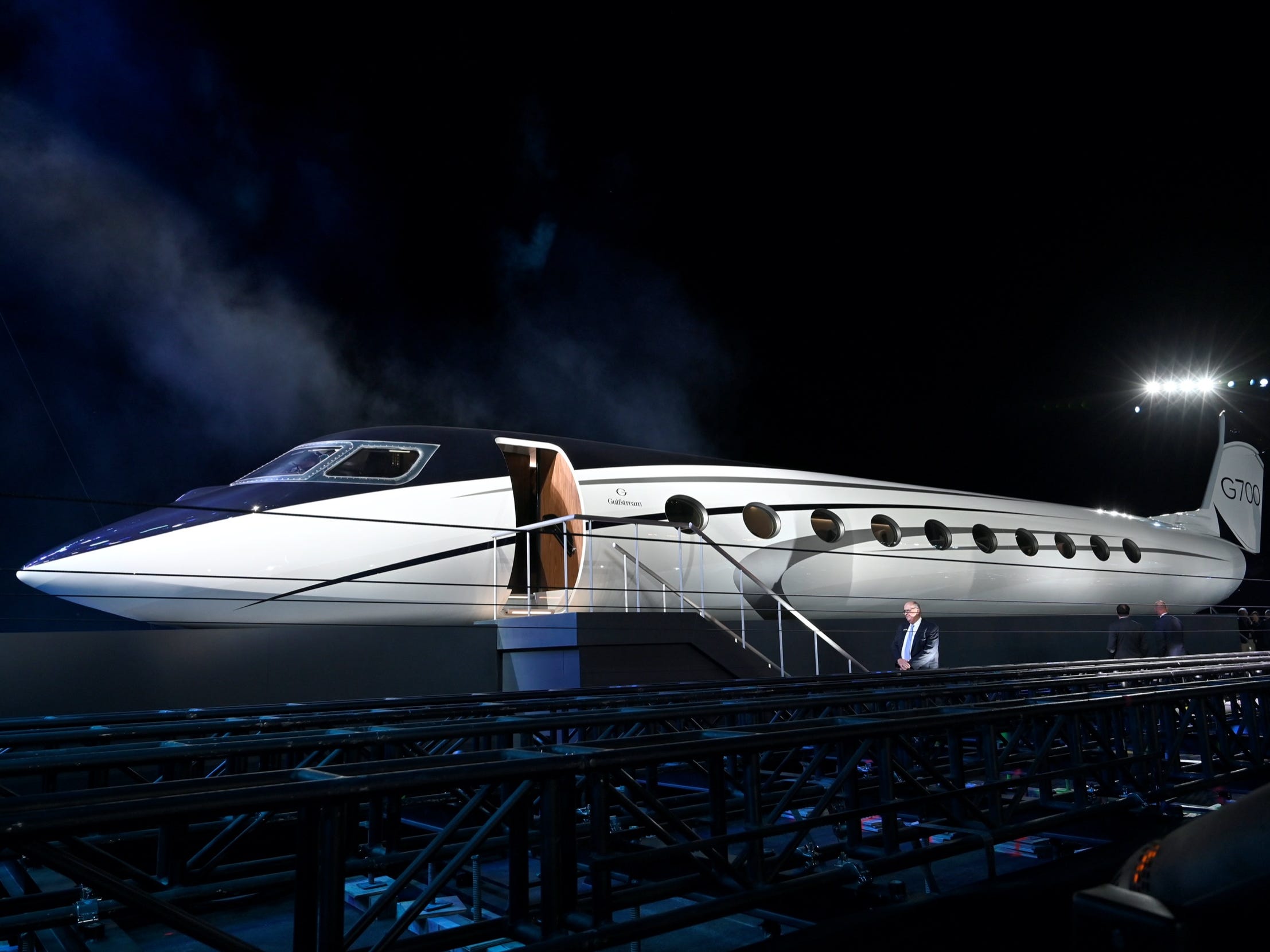 But the Global 7500 tops the Gulfstream in range by 200 nautical miles. 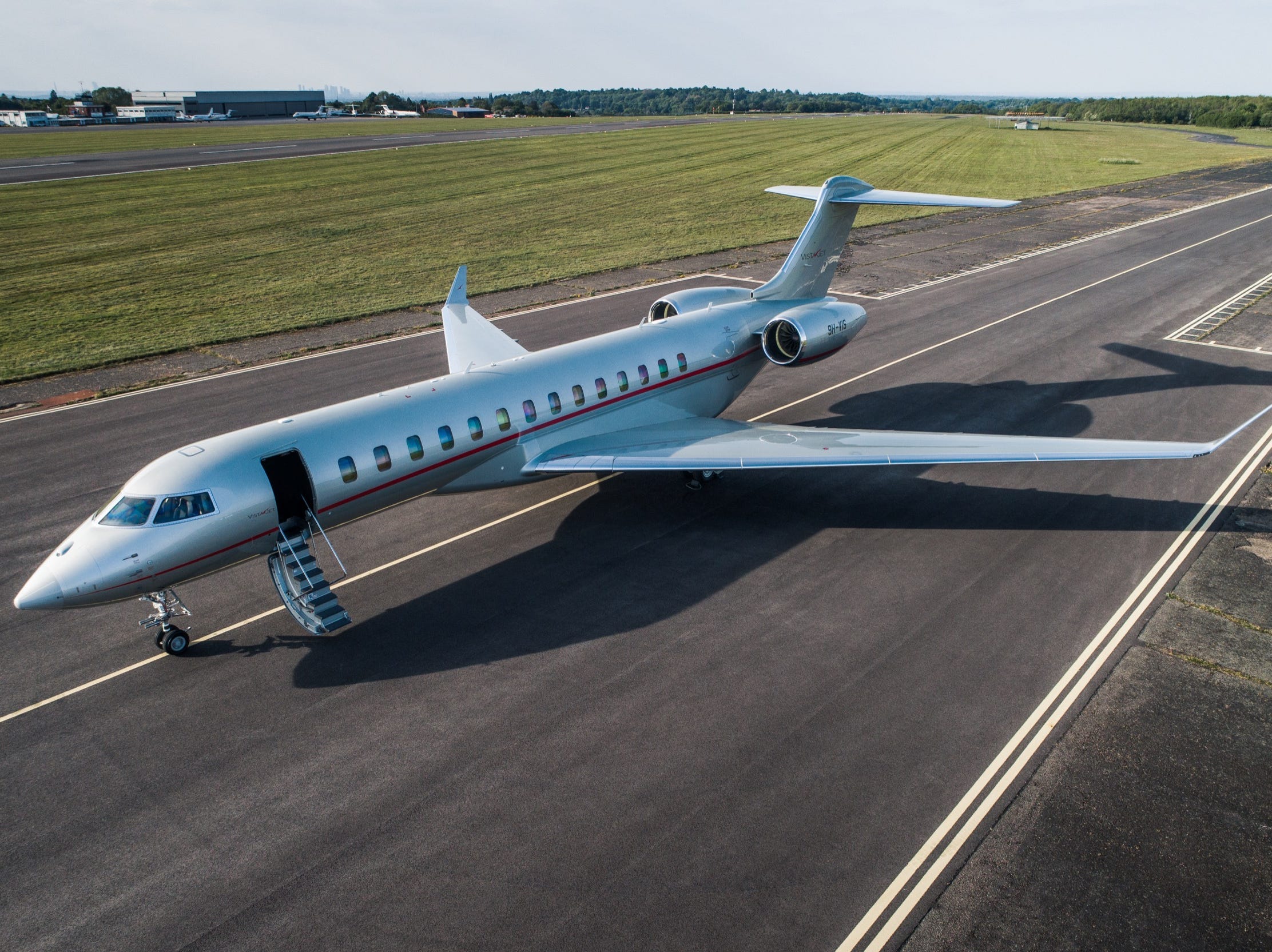 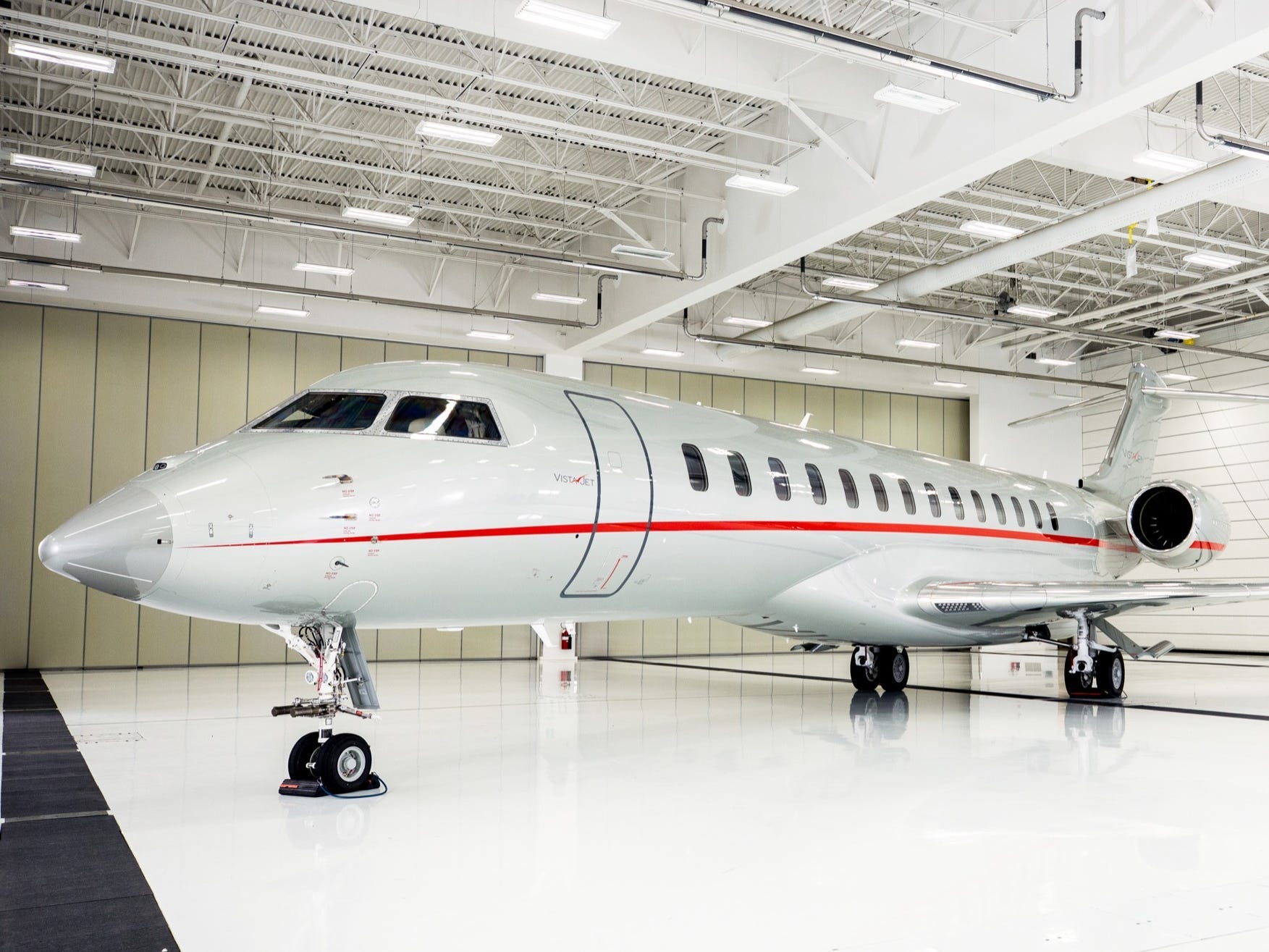