I took a virtual tour of the Keukenhof flower fields, and here are the most beautiful scenes I saw 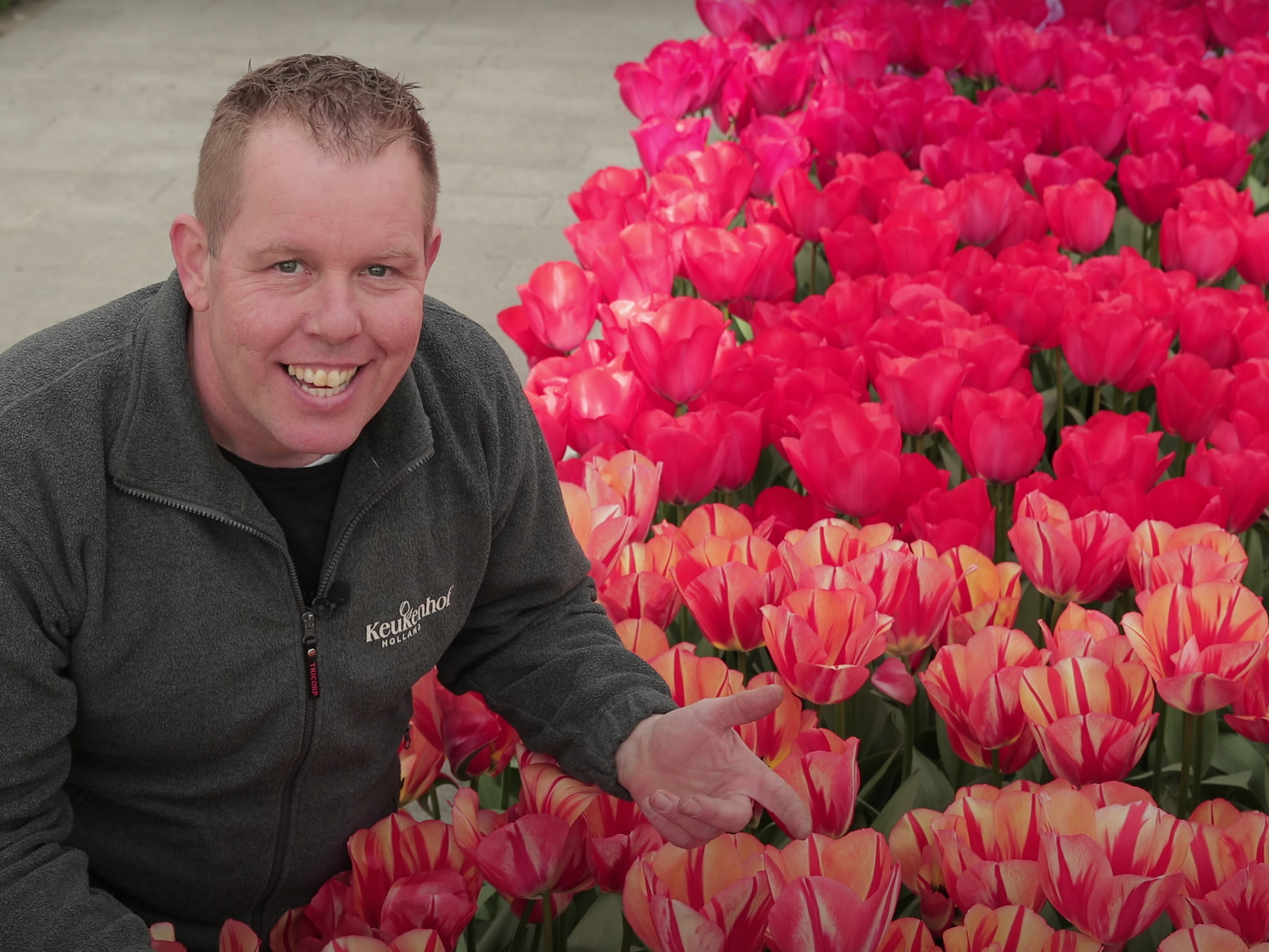 Every spring, Keukenhof park in the Netherlands blooms with millions of tulips, as well as hyacinths, daffodils, and other flowers. Their world-famous tulip festival usually attracts visitors from around the world, but the park is closed for the season as part of social distancing measures to halt the spread of the coronavirus.

That doesn’t mean you have to miss the festival altogether. Keukenhof is offering virtual tours on its YouTube channel, where staff show off their favourite spots and talk about their favourite flowers.

I watched the video tours of the park, and found it’s almost as good as the real thing.

My virtual tour of Keukenhof began with an introduction from the park’s managing director, Bart Siemerink.

“If you cannot come to Keukenhof, we will bring Keukenhof to you,” he said in the first tour video.

Siemerink shared his favourite place in Keukenhof — the flower hill covered in 60,000 bulbs.

The hill contains 26 different kinds of tulips and three kinds of crocuses. Watching them sway in the wind, I could almost feel a gentle breeze.

In another video, I got a sweeping view of 500 species of tulips in the Willem-Alexander Pavilion.

The petals’ bright striped pattern is reminiscent of a flame. Before taking the tour, I didn’t realise there were so many different kinds of tulips.

The Lake Garden is one of the oldest spots in Keukenhof.

People used to enter the park through the Lake Garden. That historic entryway still stands, but is no longer used.

Andre Beijk, who has worked as a gardener at Keukenhof for 34 years, appreciates the Lake Garden’s serene atmosphere.

“If you work here, the water brings so much peace and that makes this part of Keukenhof my favourite,” he said.

I could see what Beijk meant, even from a short video clip. The lake made a stunning backdrop for the colourful bulbs.

Though Holland is famous for its tulips, Keukenhof’s hyacinths are also stunning additions to the landscape.

While I couldn’t smell their sweet floral notes, I did enjoy seeing their many colours.

Each hyacinth flower is comprised of 60 compact blossoms.

Owen, a Keukenhof gardener, showed how staff pin the flower clusters up with sticks to prevent them from drooping.

Pinning the flowers makes them bloom an extra a week and a half, according to Owen.

A gardener named Daan gave a quick tour of the Beach Garden.

The garden contains the usual daffodils and tulips as well as palm trees.

Daan then pointed out the daffodils, perennials, ferns, and oldtimers in Keukenhof’s Mill Forest.

The forest is also decorated with vintage cars. That was a whimsical surprise.

Daffodils grow all over the park, their petals turning to face the sun.

Keukenhof is releasing new video tours of the park each week, and I’m looking forward to continuing my virtual visit.

Obviously, it’s not as good as actually seeing the flowers in person, but I appreciated the tour’s insights from longtime gardeners and spotlights on different parts of the park.