You can take a free virtual baking class hosted by Dominique Ansel, the pastry chef who invented the famous Cronut INSIDERA closeup of the Cronut, a dessert made famous by Dominique Ansel.

One of New York City’s most famous pastry chefs is inviting dessert-lovers (virtually) into his kitchen for a free, live question-and-answer and baking class session.

Dominique Ansel, owner of Dominique Ansel Bakery in Manhattan and creator of the famous Cronut dessert, is hosting a free live event on the website MasterClass, which starts at 2 p.m. ET on Saturday, April 11.

The virtual event lets fans of the Cronut, or Ansel’s other confections, like frozen s’mores, learn professional baking tips and acquire kitchen advice from the pastry genius himself. 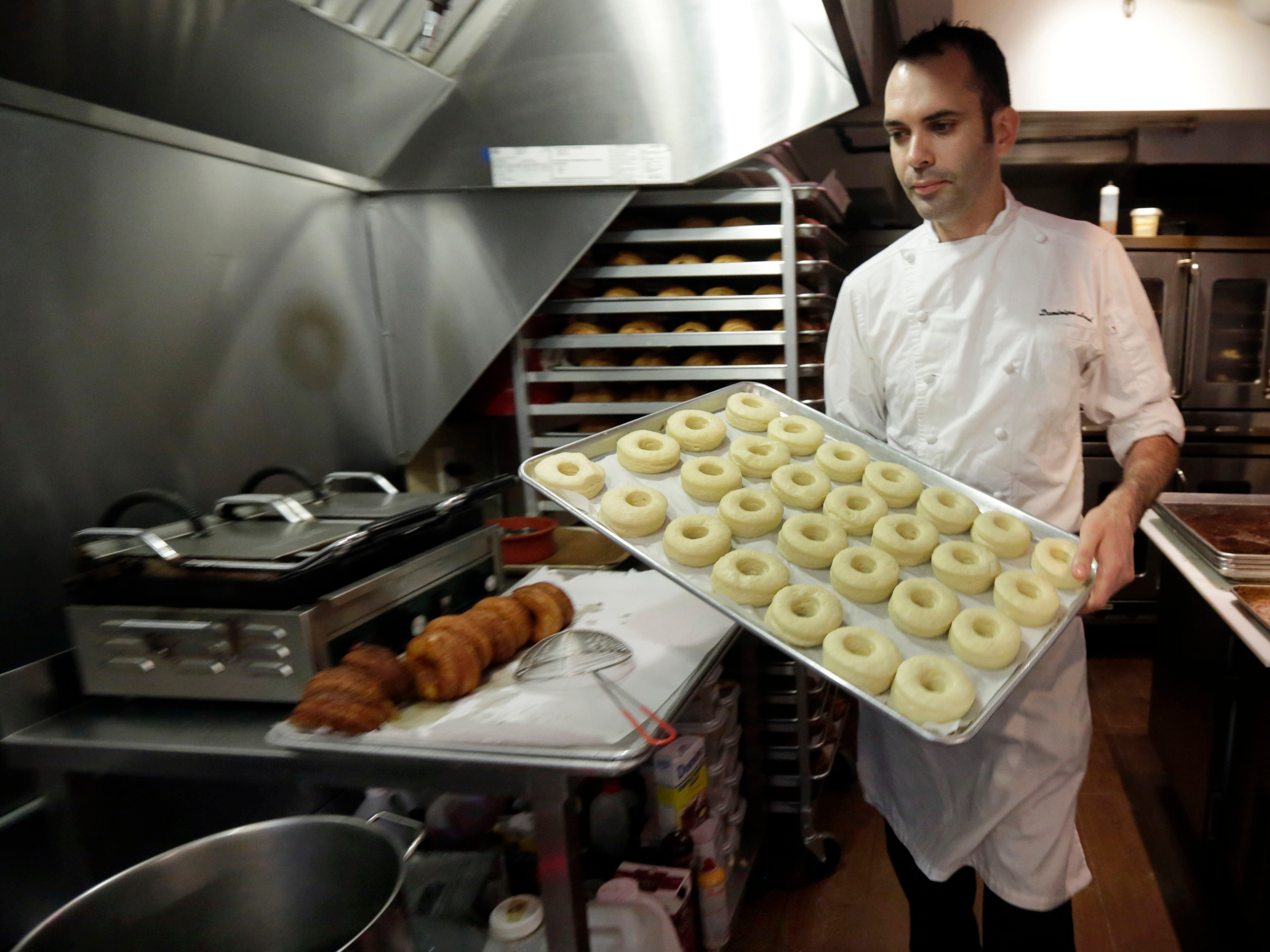 Richard Drew/APChef Dominique Ansel with a tray of the iconic cronuts, photographed in June 2013.

Insider senior video producer and host Herrine Ro previously delved into the origins of the Cronut in an episode of “Legendary Eats.”

Ansel created the pastry before Mother’s Day in 2013, he said in the video. The team at his bakery wanted to release a limited-edition doughnut for the occasion, but Ansel didn’t have a recipe for the traditional dessert, so he created a croissant-like doughnut instead, and it quickly caused lines around the block.

The famous chef’s MasterClass session isn’t the only way to connect with renowned cooks and pastry experts from the comfort of home.

Michelin-starred chef Massimo Bottura, based in Modena, Italy, shares clips of his nightly cooking adventures – including exclusive recipes and hacks for his family dinners – on Instagram in a series he’s dubbed “Kitchen Quarantine.”

Aspiring foodies can also learn from chefs via the Food Network Kitchen app, which offers free virtual cooking tutorials taught by hosts from “Chopped” and other Food Network shows.