The man who drove his truck into a crowd of Black Lives Matter protesters in Virginia is a leader of the Ku Klux Klan, prosecutor says 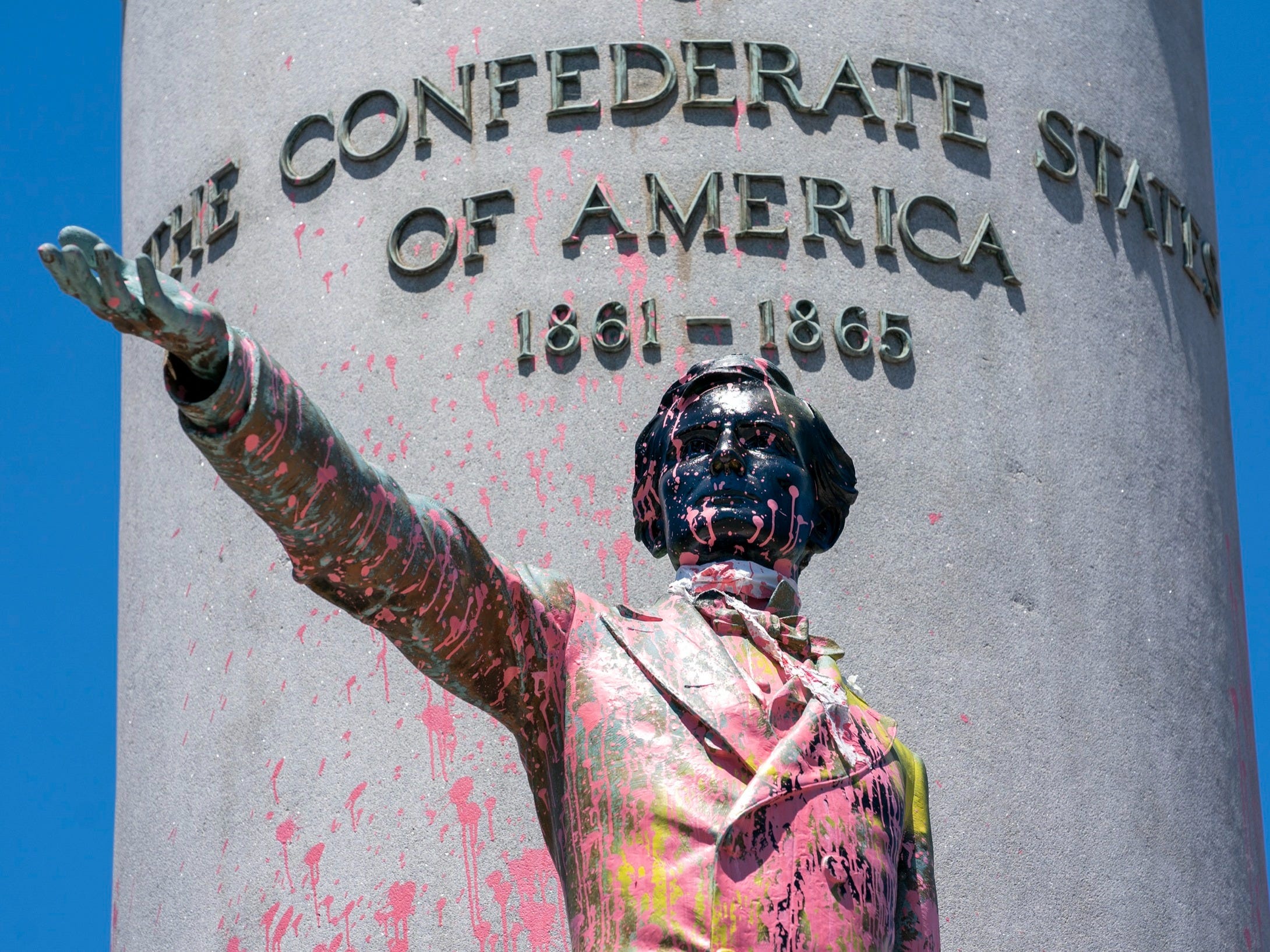 AP Photo/J. Scott ApplewhitePaint and protest graffiti covers the Jefferson Davis Memorial in Richmond, Va., Sunday, June 7, 2020, following a week of unrest in the U.S. against police brutality and racism in policing. Jefferson Davis was the president of the Confederate States of America during the Civil War.

The man who drove into a crowd of Black Lives Matter protesters near Richmond, Virginia, on Sunday is a leader of the Ku Klux Klan, prosecutors say.

Harry H. Rogers, 36, barreled down a street in Lakeside, just north of Richmond, in his blue pick-up truck at around 6 p.m., revving his engine before ploughing into protesters, said Shannon Taylor, Henrico County prosecutor, in a statement.

“The accused, by his own admission and by a cursory glance at social media, is an admitted leader of the Ku Klux Klan and a propagandist for Confederate ideology,” Taylor said in a statement. “We are investigating whether hate crimes charges are appropriate.”

The attack injured one protester, whose wounds are not serious. Rogers is being held without bond and faces charges of assault and battery, attempted malicious wounding, and felony vandalism.

Membership for the KKK, America’s most notorious racist group, has dwindled over the past several decades, according to the Anti-Defamation League. But the group’s violent influence has been supplanted by other white-supremacist groups. From 1999 through 2019, the number of American hate groups more than doubled, according to the Southern Poverty Law Centre.

The SCLP found that the number of hate groups has risen by 55% since 2017, the year when James Field drove his car into a group of counter-protesters at the infamous Unite the Right rally in Charlottesville, Virginia. The 22-year old Field, a white supremacist, was sentenced to life in prison for killing Heather Heyer, 32, and injuring dozens. Rogers also participated in that protest, according to The Guardian.

As demonstrations surge across the country in solidarity with George Floyd, who was killed by police in late May, protesters are facing violence from citizens and police officers alike.

The same night that Rogers attacked protesters in Virginia, a man in Seattle, Washington, drove his car through a barricade before jumping out, pistol in hand. He shot and injured one protester, a black man. Officers later charged a man named Nikolas Fernandez for the crime, and prosecutors are expected to charge him with assault.

In late May, as protests erupted in New York City, police officers drove two cruisers into a crowd of protesters. The next day, an NYPD officer unholstered his handgun and aimed it at protesters.