A Muslim congressional candidate was the target of 'deeply hurtful' racist tweets from a constituent. He responded by helping pay his medical debt. 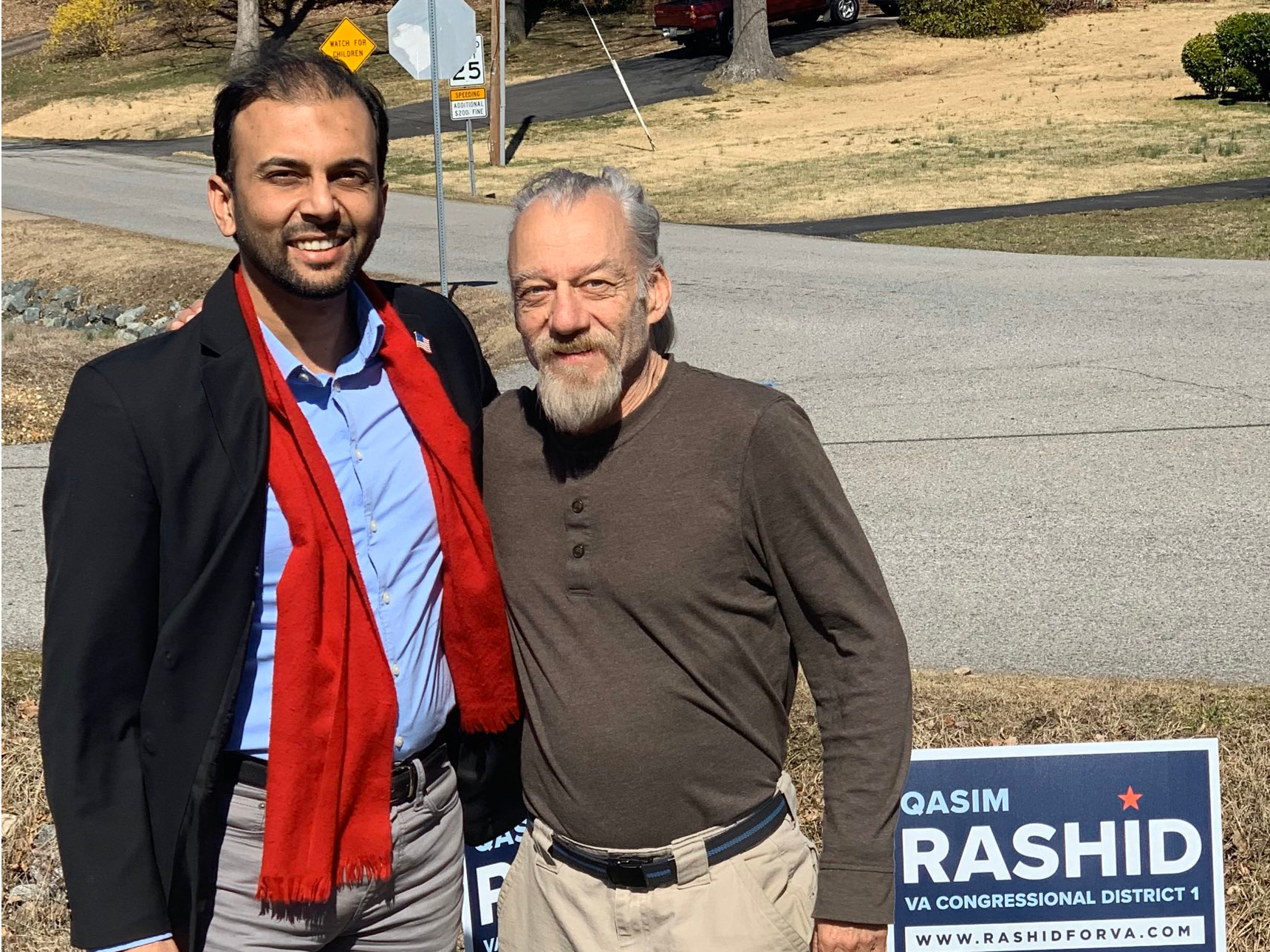 @QasimRashid on TwitterQasim Rashid shared a photo of himself on Twitter with Oz Dillon, who had previously send him racist comments on the social media platform.

As Qasim Rashid, a Democratic candidate for US Congress in Virginia, ran for office, he came under attack online.

“We do not need you … in our nation. Let alone any seat of office above street sweeper,” he tweeted at Rashid.

Dillon is also in extraordinary medical debt. He’s running a GoFundMe campaign to raise $US26,237 goal to cover expenses for his wife’s health issues.

And despite saying the tweets were “deeply hurtful,” Rashid by donating to Dillon’s fundraiser to help pay off the debt. He shared Dillon’s tweet with a link to Dillon’s GoFundMe campaign.

“My faith instead teaches me to serve all humanity-so I’ve donated $US55 to his GoFundMe to help him & his family cover crushing medical debt,” Rashid wrote.

“He wrote me a thoughtful & compassionate apology & asked me to visit him,” Rashid tweeted. “Today I met my new friend Oz.”

At the time, Dillon had only raised about $US1,000 toward his campaign. Rashid’s supporters followed suit and have since donated more than $US18,000.

Oz said he regrets his comments

Oz said in follow-up tweets that Rashid’s kindness has humbled him.

“Qasim, we have since talked & met over coffee, and I admit I am humbled beyond imagining that you, who I had been told was “the enemy of freedom & America” would be so gracious towards my family,” Dillon wrote on Twitter. “Especially after the grievous affront I threw at you in my own blind ignorance…”

Dillon said he and Rashid conducted an interview with CBS News and would not speak to other news outlets until it airs Friday.

On the GoFundMe page, Dillon wrote on Wednesday that he will be shutting down his plea for donations on Sunday.

…you have reopened my eyes to the fact that their are indeed GOOD PEOPLE IN ALL WALKS OF LIFE!
Peace be with you, sir.

“With $US471.00 a month, can you feed a family of 6? That’s what we have left after the mortgage & all bills have been paid,” Dillon wrote. “It is tough, but not impossible.”

Dillon said he will donate funds that exceed his family’s debt to St. Jude’s Children’s Hospital, The American Heart Association, and a local food bank.