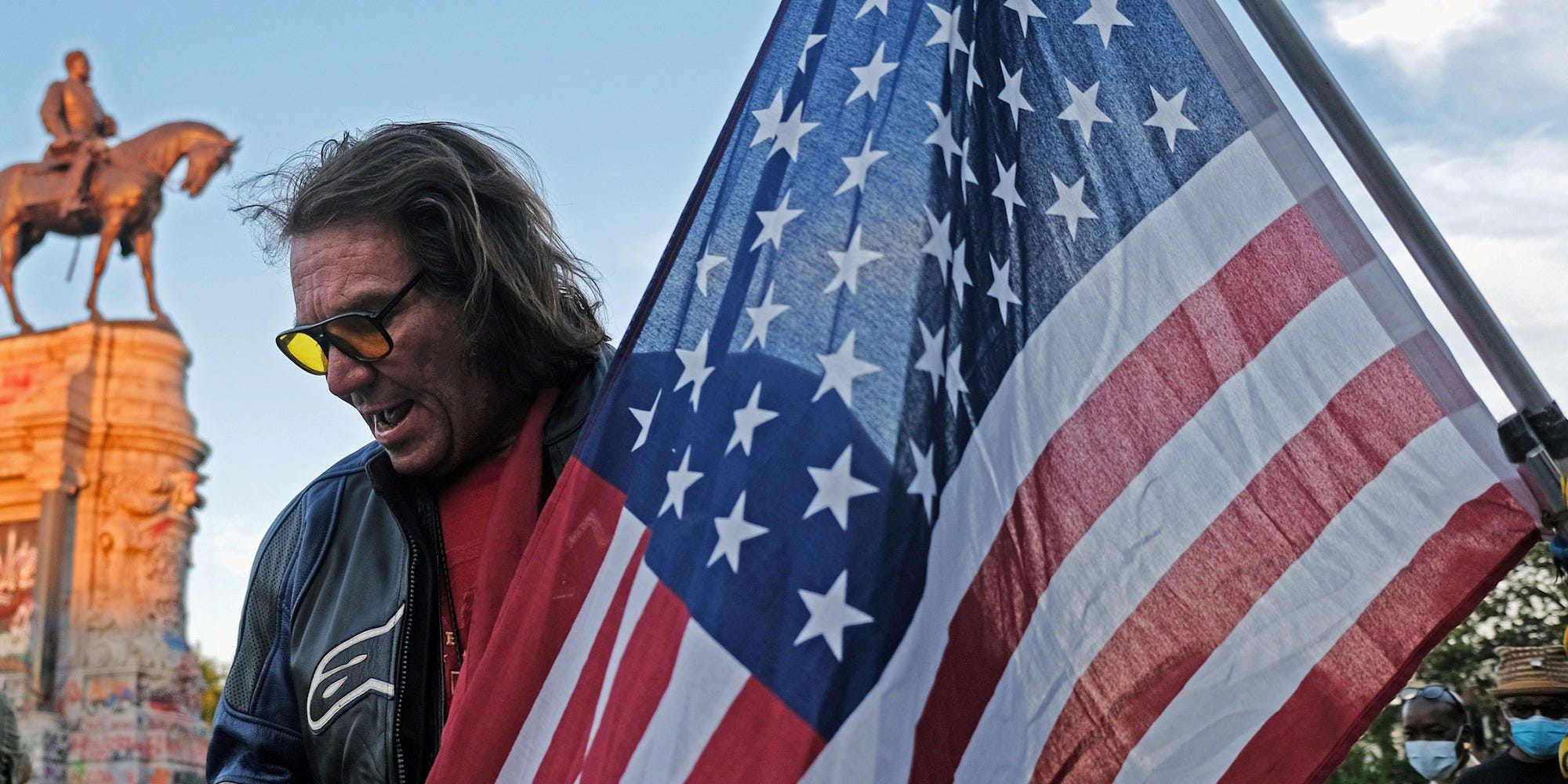 REUTERS/Jay PaulBrian Coleman, who calls himself ‘the Space Cowboy’, holds a U.S. flag as protesters rally against racial inequality and the death in Minneapolis police custody of George Floyd, around the statue of Confederate General Robert E. Lee in Richmond, Virginia. Virginia is holding Democratic primary elections for US House on June 23

Physician and former White House fellow Cameron Webb won the Democratic primary election in Virginia’s Fifth Congressional District, which is located in Central Virginia and includes the cities of Charlottesville and Danville.

Republicans in the district, who were displeased with some of Riggleman’s more libertarian stances and his officiating a same-sex wedding, replaced him with Bob Good, a hardline, anti-immigration conservative who opposes birthright citizenship, same-sex marriage, and abortion in all circumstances.

The district, which Riggleman won by seven percentage points in 2018, could now be more competitive for Democrats as an open seat.

Webb defeated Roger Dean Huffstetler, a US Marine veteran who has previously worked in technology, John Lesinski, a former member of the Rappahannock County Board of Supervisors, and Claire Russo, also a US Marine veteran and sexual assault prevention advocate in Tuesday’s primary.

On the Republican side, there primaries in the second congressional district, currently held by Rep. Elaine Luria, a former Navy Captain who flipped the seat for Democrats in 2018, and the third district, a safe Democratic seat held by Rep. Bobby Scott.