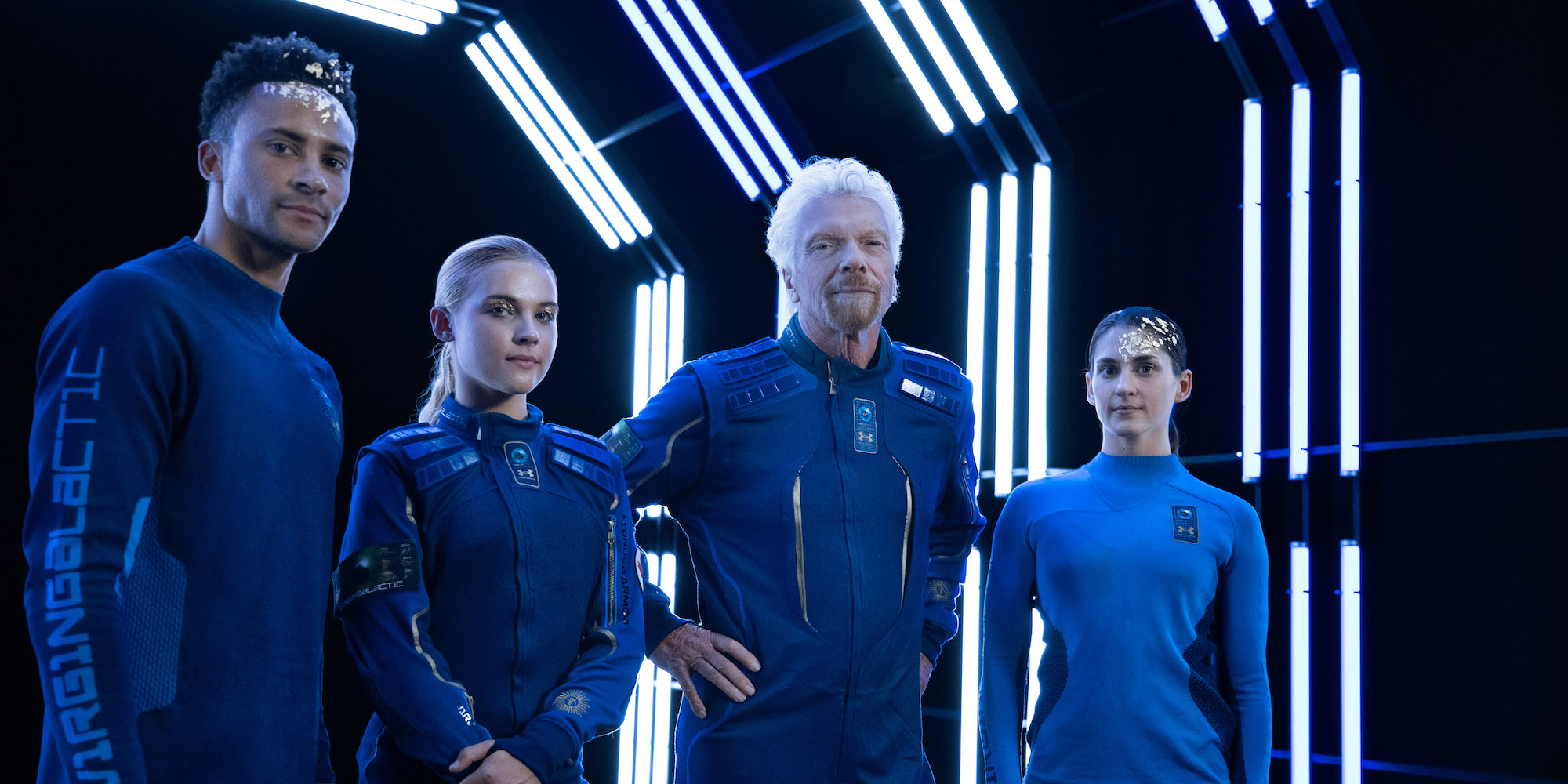 Virgin Galactic is one step closer to blastoff.

The aerospace company’s stock price surged as much as 19% on Friday to an all-time high of $US28.23 per share, capping off five straight days of gains.

The stock move came after Virgin Galactic announced Thursday that it had relocated its SpaceShipTwo, named the VSS Unity, from Mojave, California, to its commercial headquarters at Spaceport America’s Gateway to Space building in New Mexico.

Moving the spacecraft is a key milestone for Virgin Galactic, as the VSS Unity will eventually shuttle paying customers to space and back from the Spaceport America facility. At the beginning of 2020, the company set a goal of sending its founder Sir Richard Branson into space this year, for this 70th birthday, CEO George Whitesides told CNBC.

The company’s stock has more than doubled so far in 2020, fuelled in part by bullish ratings from Wall Street firms that recommend investors buy shares, citing the company’s near-term monopoly on space travel and comparing it to Tesla.

That hasn’t stopped short-sellers from pouring $US388 million into bets against Virgin Galactic, roughly 31% of the company’s float,Bloomberg reported, citing data from financial-analytics firm S3 Partners. Short-sellers are down $US214 million in mark-to-market losses since November, including a $US10 million loss on Friday’s stock spike, according to the report.

Virgin Galactic has a waitlist with more than 600 people from 60 countries signed up to take a space-tourism flight as of September 30. Each ticket costs about $US250,000 per person, and adds up to $US80 million in total collected deposits and $US120 million of potential revenue, Virgin Galactic confirmed in its third-quarter earnings report.

Virgin Galactic became the first publicly traded space tourism stock on the market in October 2019 when it began trading under the ticker “SPCE.” Its main competitors are Blue Origin, owned by Jeff Bezos, and SpaceX, owned by Elon Musk. 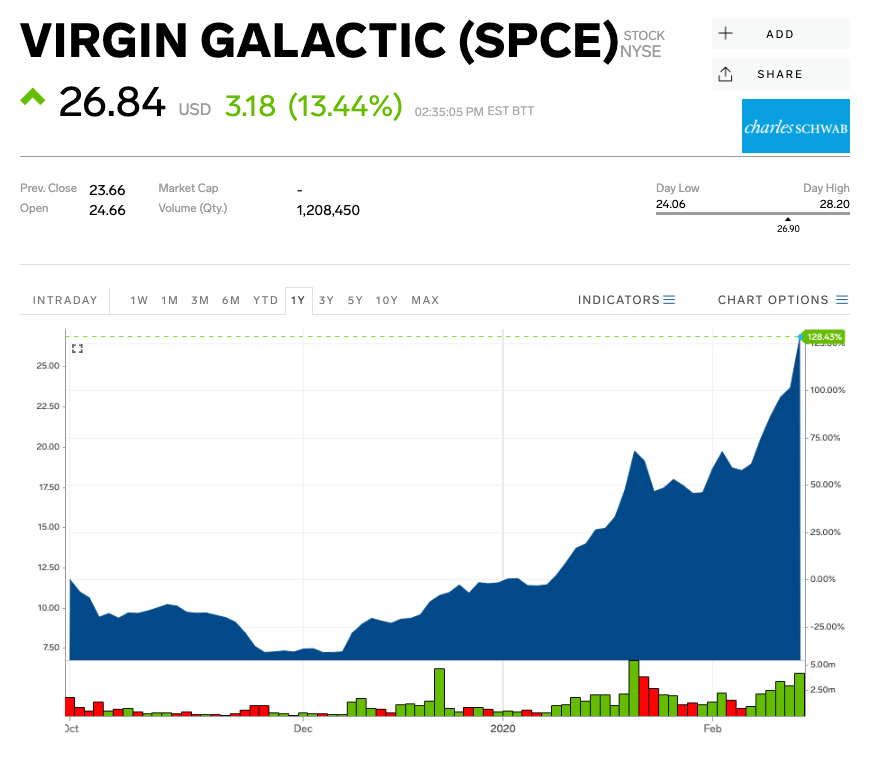