Photos of armed protesters in North Carolina carrying a rocket launcher, shotguns, and pistols while ordering food at a Subway restaurant are trending 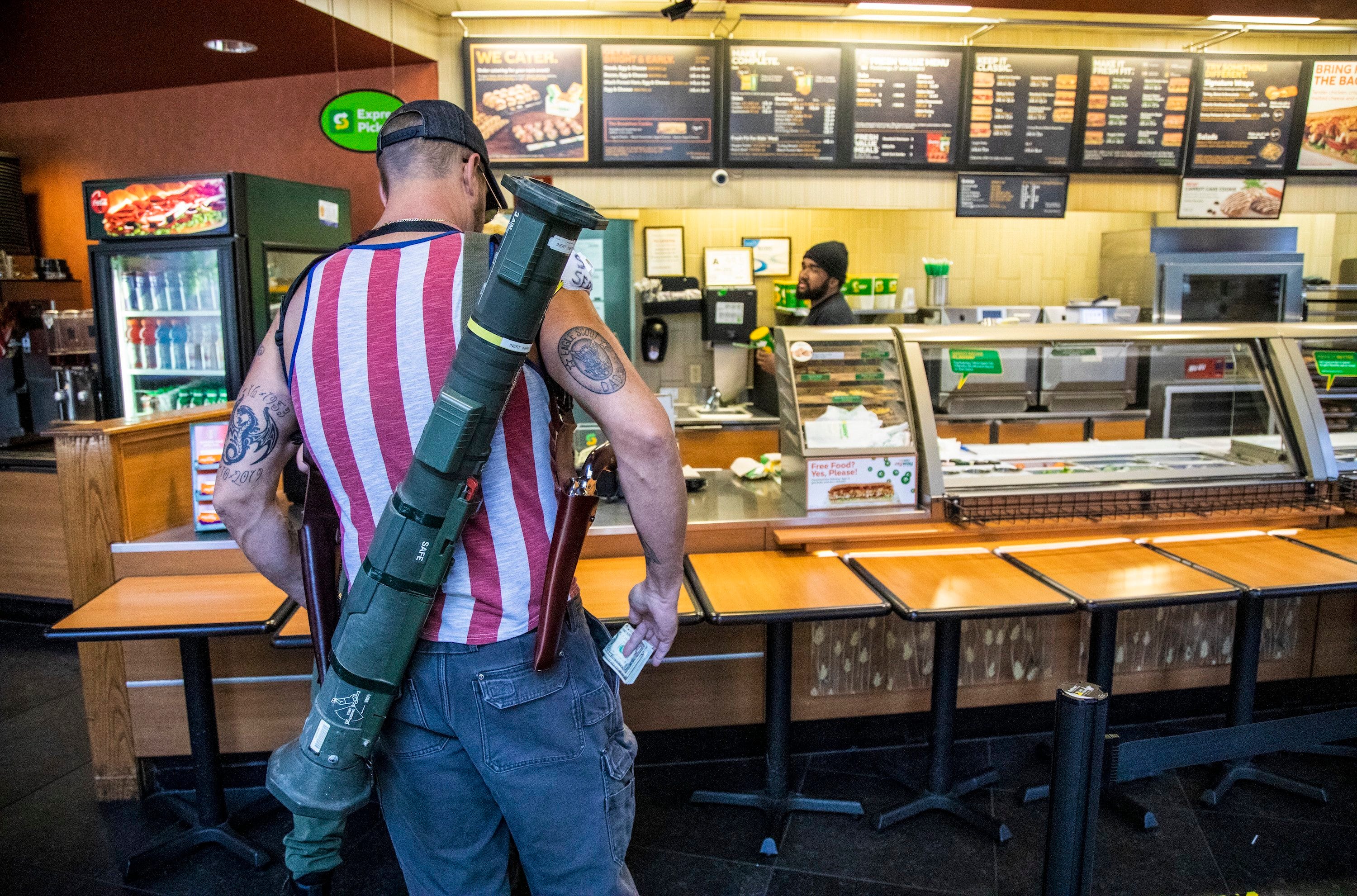 Photos of a group of nearly a dozen armed protesters parading through downtown Raleigh, North Carolina, on Saturday afternoon quickly started to trend.

Travis Long, a photojournalist for The News & Observer,tweeted the photos he took of protesters carrying shotguns, pistols, and an AT-4 anti-tank rocket launcher into a Subway restaurant.

The protesters marched to oppose the state’s stay-at-home orders, which it started easing on Saturday as the state entered phase one of the reopening process, The News & Observer reported.

The photos were widely shared in the US and even given the meme treatment after an Ohio woman digitally replaced the weapons with sandwiches.

The protesters organised on a Facebook group called Blue Igloo,according to The News & Observer. The Facebook page called the protest an “opportunity for First and Second Amendment supporters to get together, meet people with commonalities and get some exercise while we’re all wasting away at home.”

When a member of the demonstration entered the Subway restaurant, he asked if they could come inside and order and said they weren’t trying to scare anyone, according to a livestream of the march reviewed by The News & Observer.

The armed protest is not the first to spark conversation and criticism. A similar demonstration in Michigan’s Capitol on April 30 also drew widespread attention.


You can see more photos of the Raleigh protesters over at The News & Observer.