Auguste and Louis Lumiere patented a colour photography process called Autochrome Lumiere in 1903 (they also invented the cinématographe in 1895). The process involves light passing through glass plates covered in tiny grains of coloured potato starch, according to the National Science and Media Museum in the UK.

The Lumiere brothers held the first public demonstration of their invention in 1907 and began selling autochrome plates shortly thereafter, making colour photography more widely available than it had ever been before.

Here are 15 autochrome photos that show life in the early 1900s in colour.

Etheldreda Janet Laing studied art in Cambridge and became an amateur photographer, often using her daughters as her subjects. 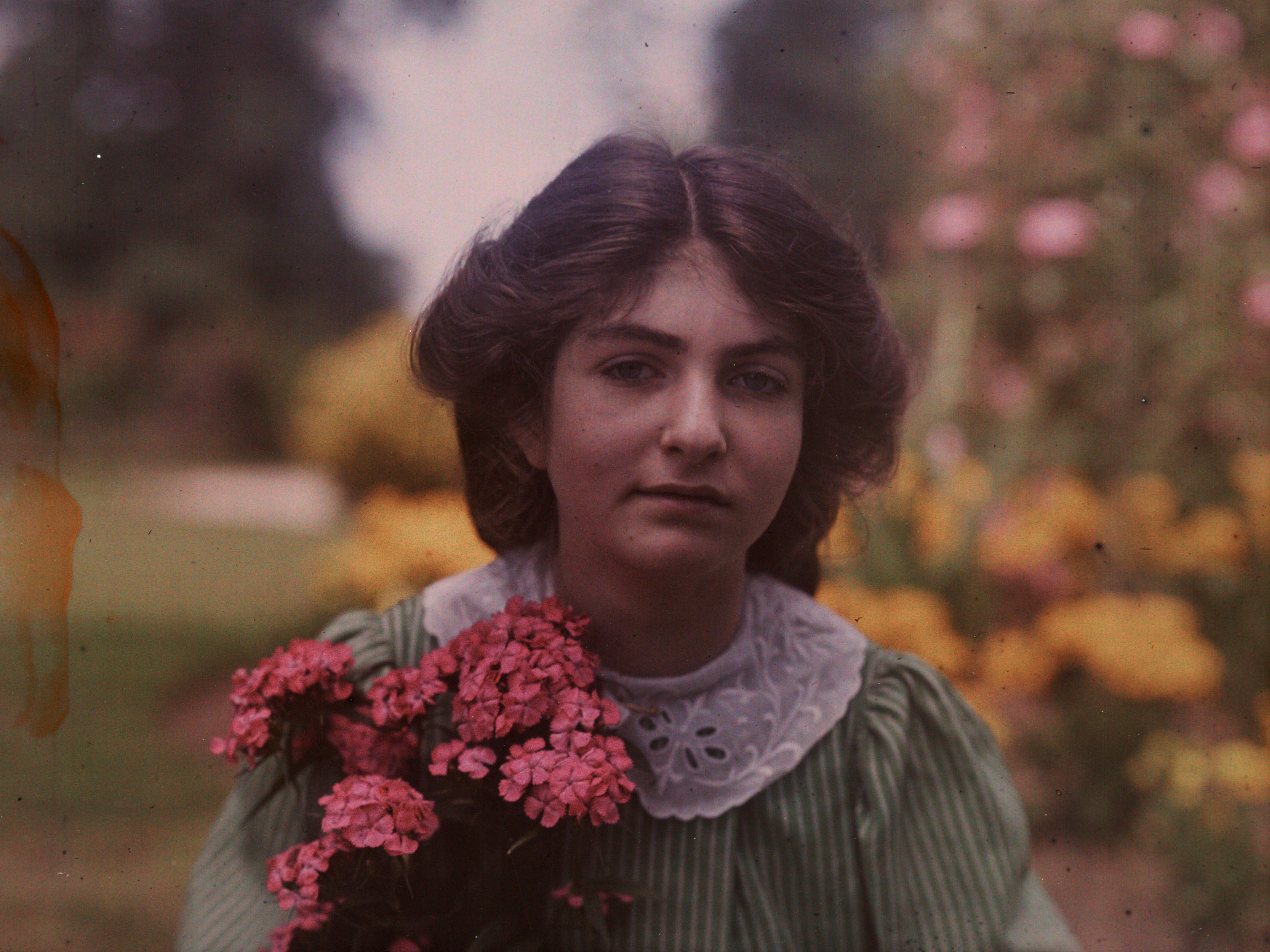 She took a series of autochrome portraits of her children in the summer of 1908, set in the garden of the family home known as Bury Knowle.

She photographed her daughters wearing sun hats on the balcony. 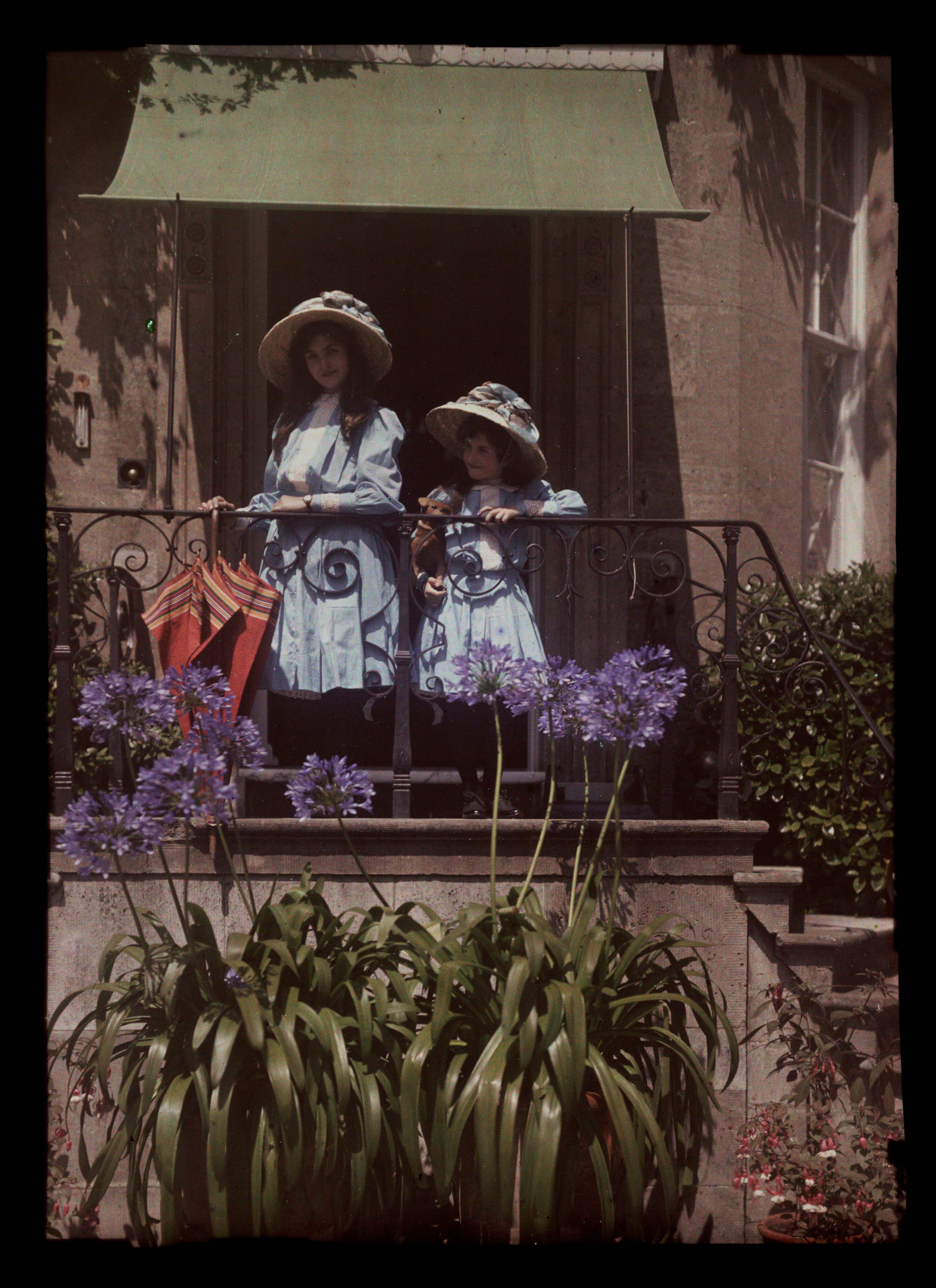 The younger daughter is holding a stuffed dog.

And lounging in the family garden. 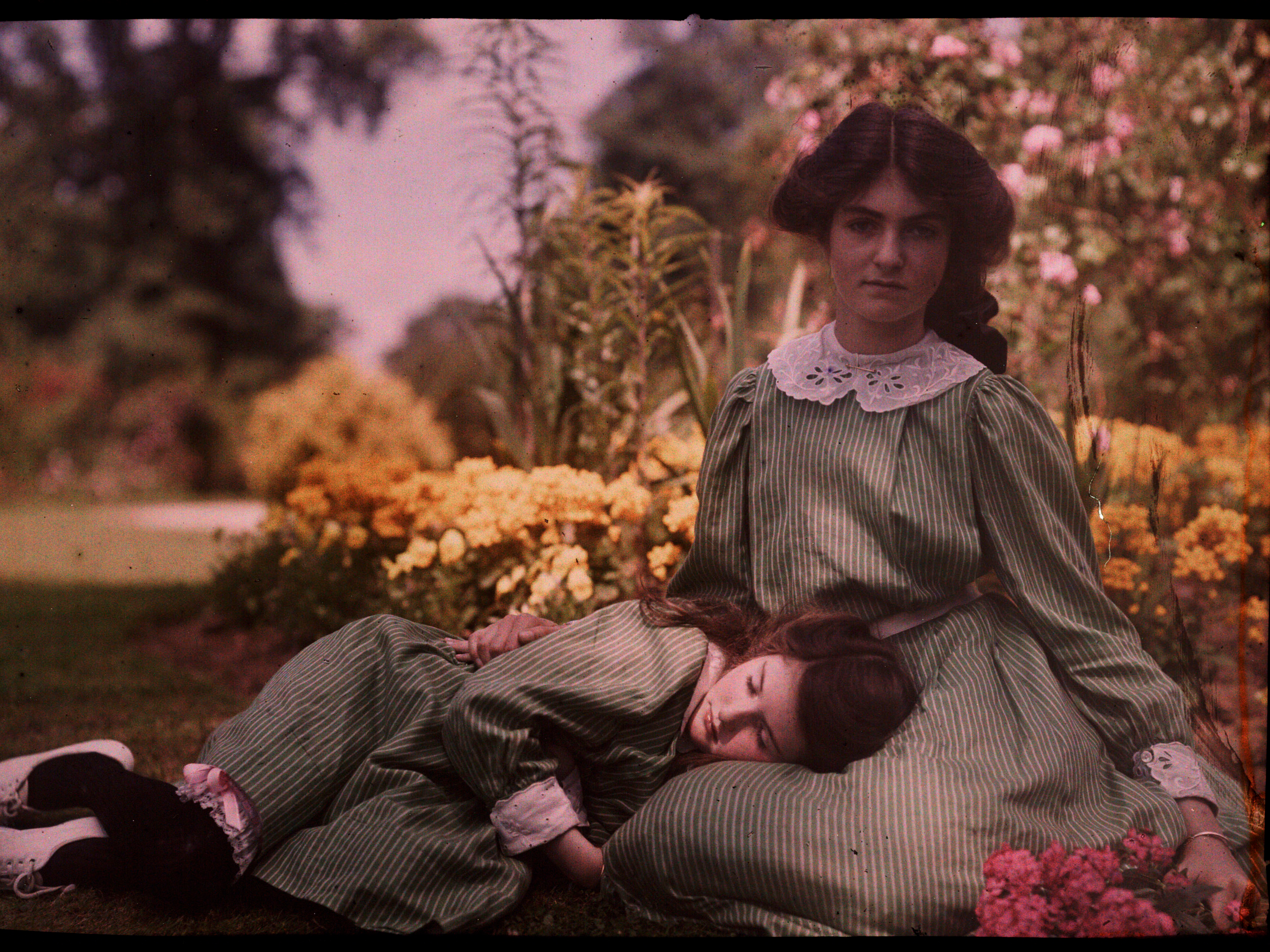 The younger sister fell asleep in her older sister’s lap.

This portrait by British amateur photographer Emma Barton, also known as Mrs. G. A. Barton, shows a woman sitting in a garden surrounded by colourful flowers. 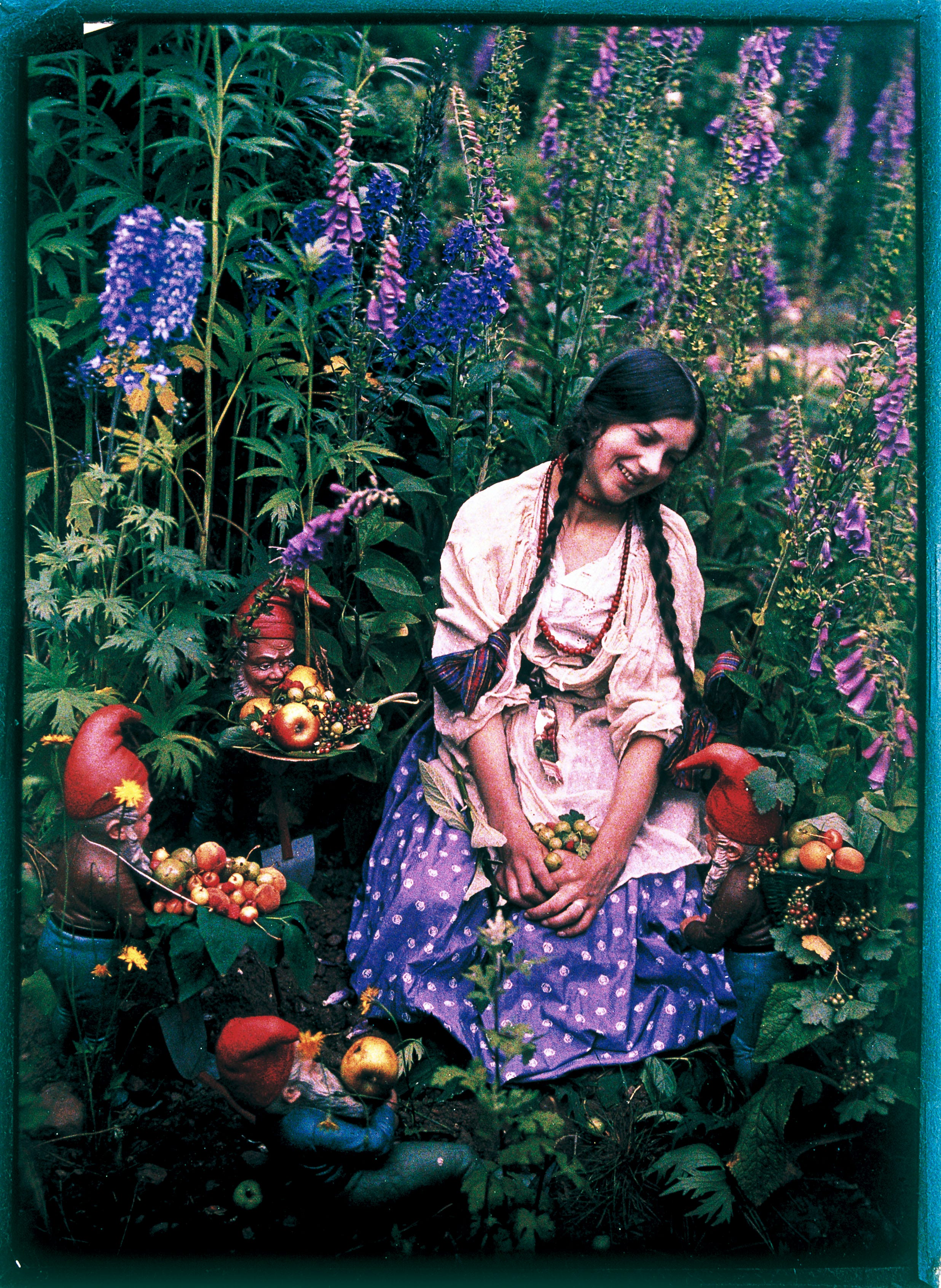 Barton is best known for her photo “The Awakening.” She first exhibited her work in 1901 and was featured in various publications.

This couple was photographed in colour around 1910. They were photographed having tea in their garden.

Two farm workers were photographed sometime between 1910 and 1915. 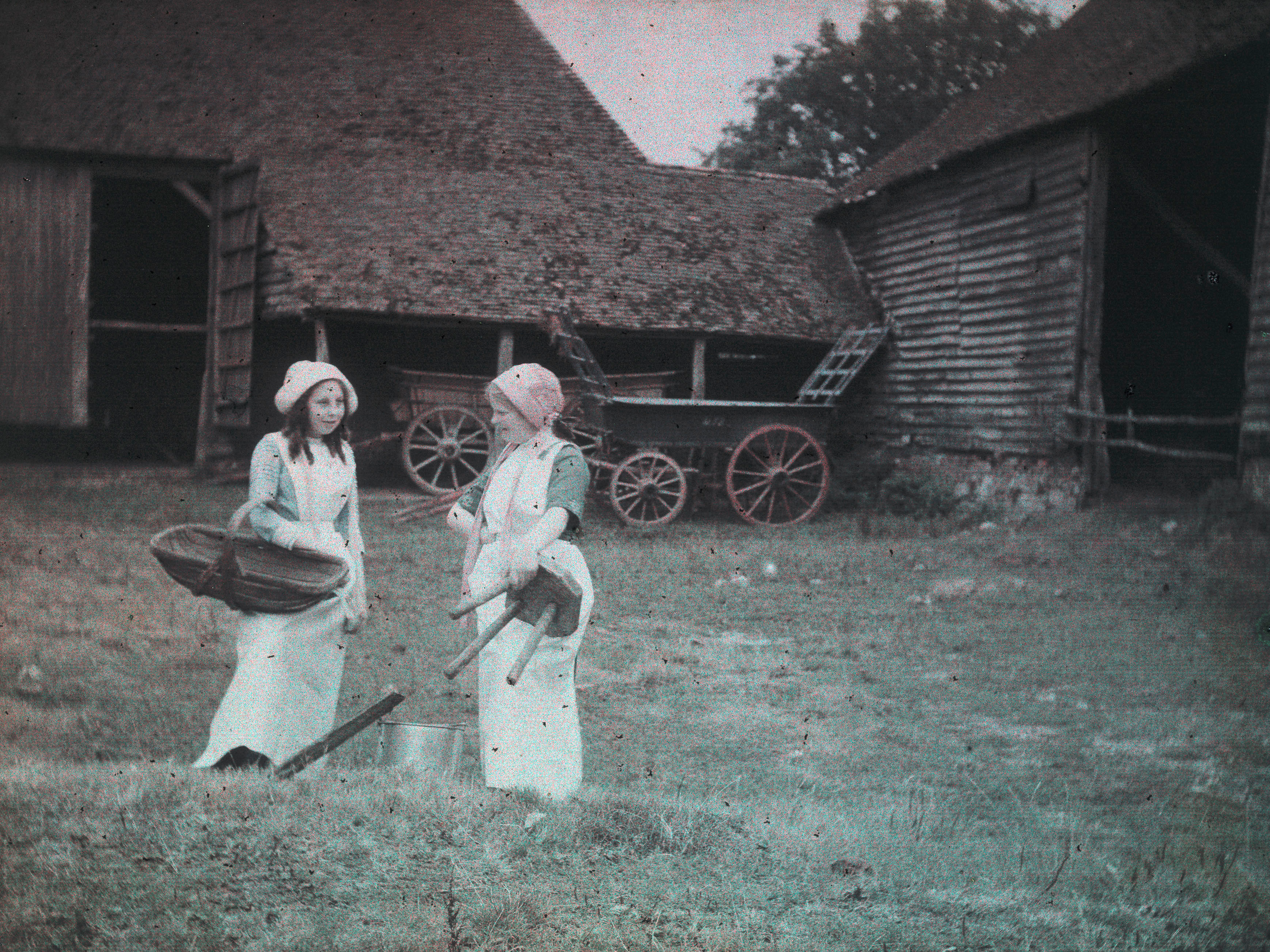 The woman on the right is holding a milking stool and has a bucket at her feet and likely worked as a milkmaid.

Arthur E. Morton, honorary secretary of the Society of Colour Photographers, photographed a cobbler in 1912. 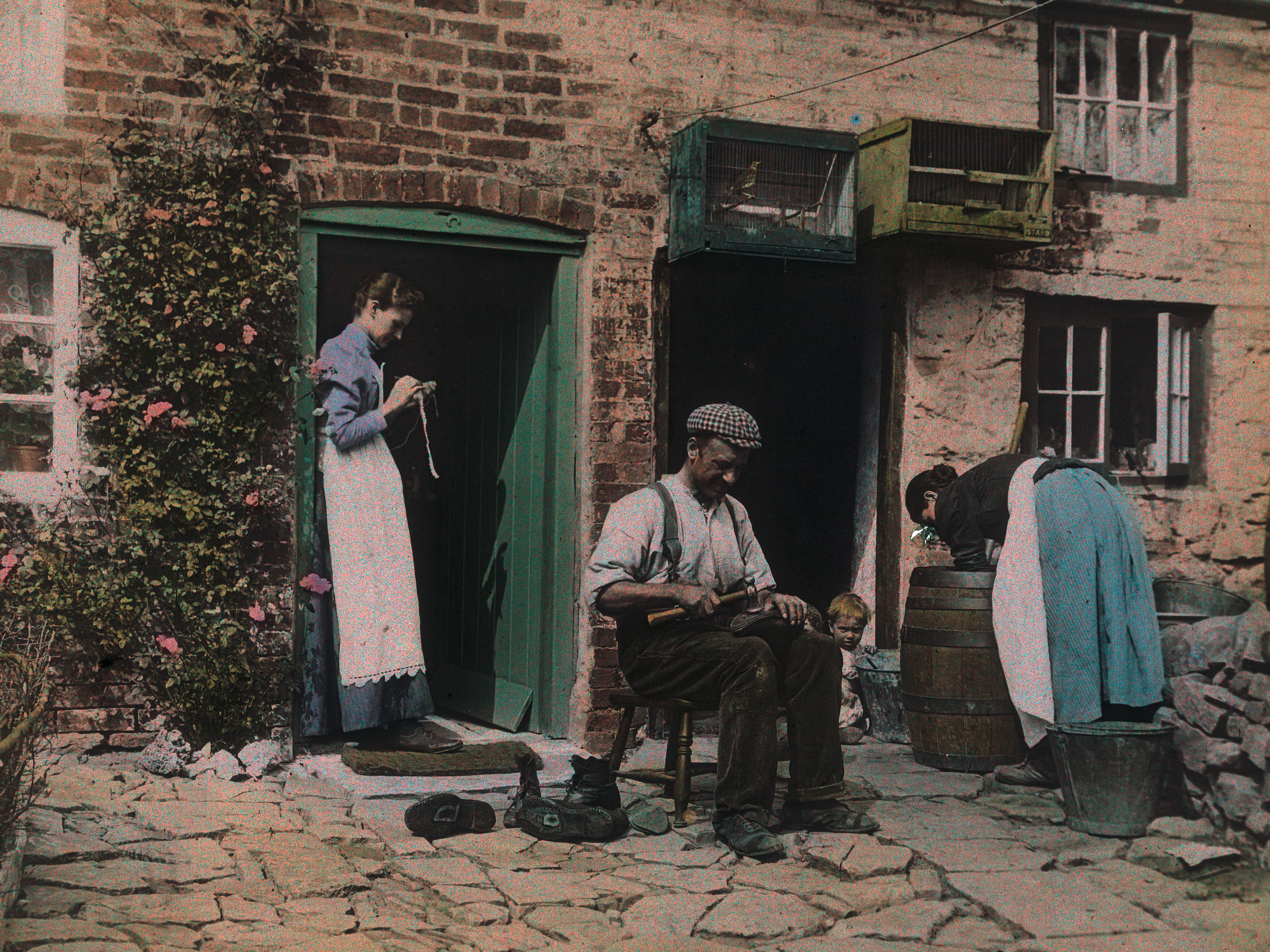 The cobbler is repairing the soles of old boots while the woman on the left crochets.

Morton captured the charm of a country home in Worcestershire. SSPL/Getty ImagesThe photograph was taken between 1910 and 1915.

The house later became a prison, according to Getty Images.

He also photographed a wedding party sometime between 1910 and 1915. Wedding photos were rare, unlike today.

He photographed a man posing with a besom. 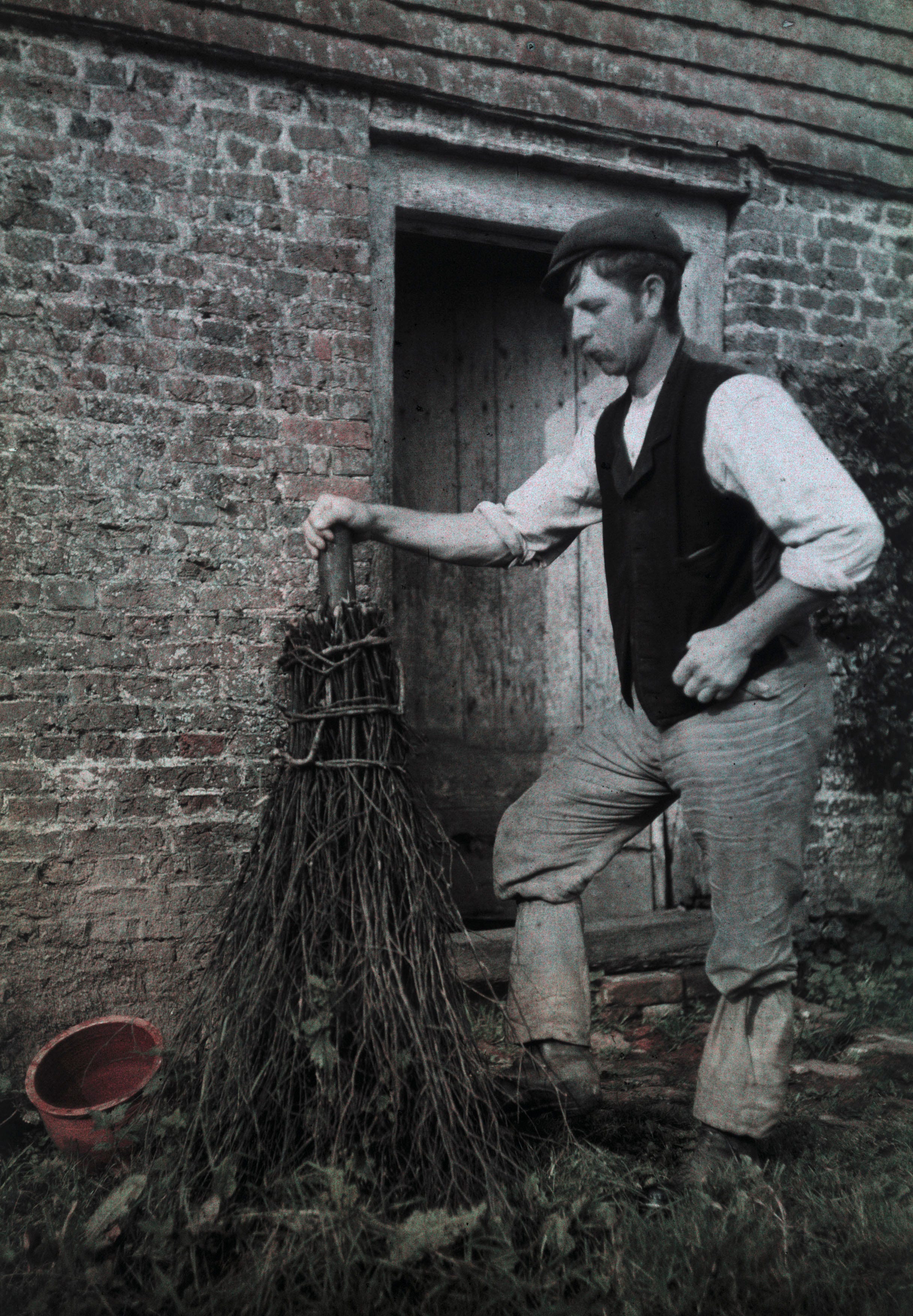 A besom is a broom made of twigs tied together.

And dabbled in still life photography, too. Morton photographed fruits and drinks in a still life portrait.

The Lumiere brothers’ niece and her nurse were photographed around 1906-1912. 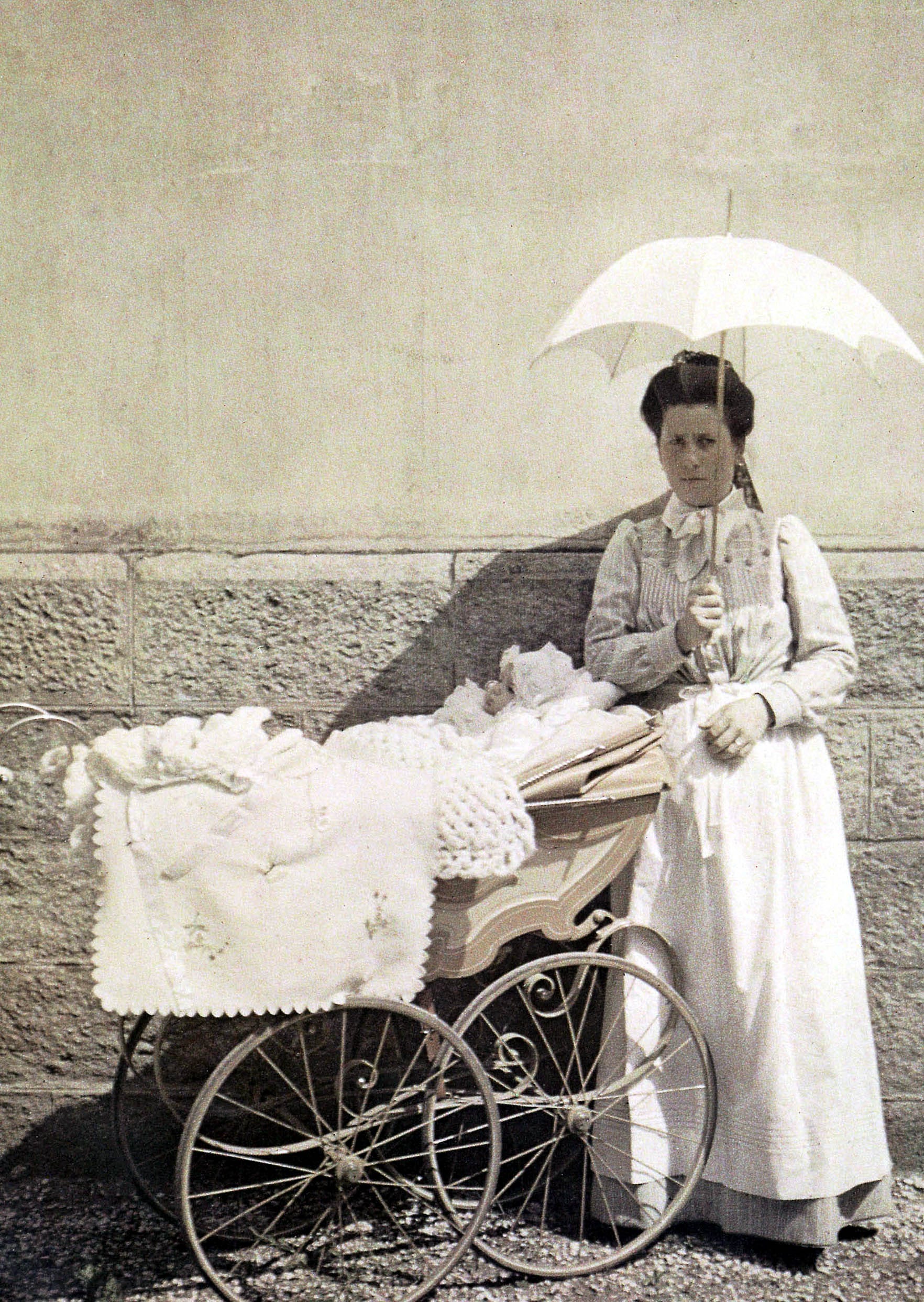 The nurse and baby were fully dressed in white, including a dainty white umbrella.

A newspaper seller was photographed on the streets of Reims, France, in 1917. 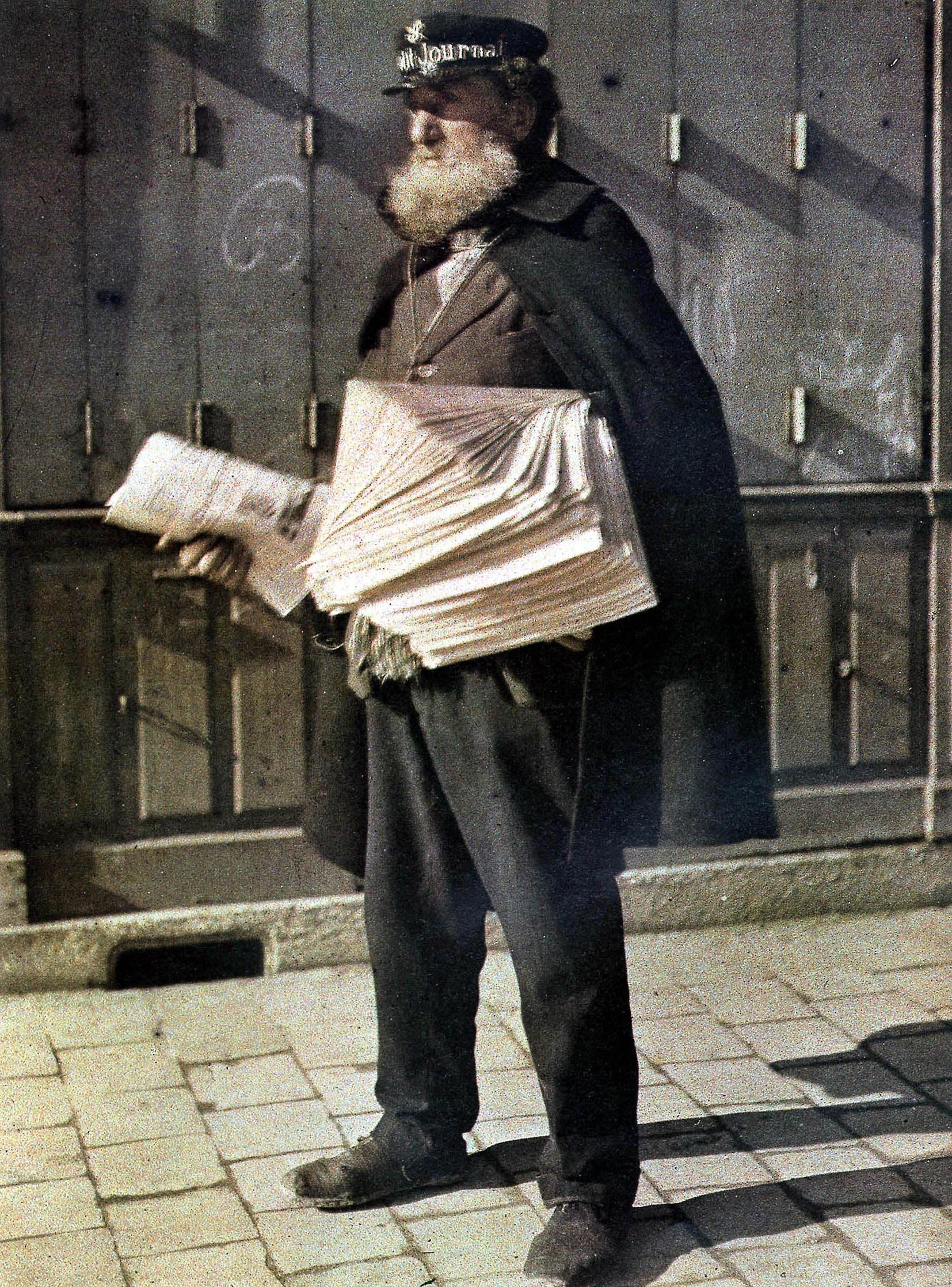 Back then, that was the only way to read the news.

A girl is shown peering into a bakery called Billings. 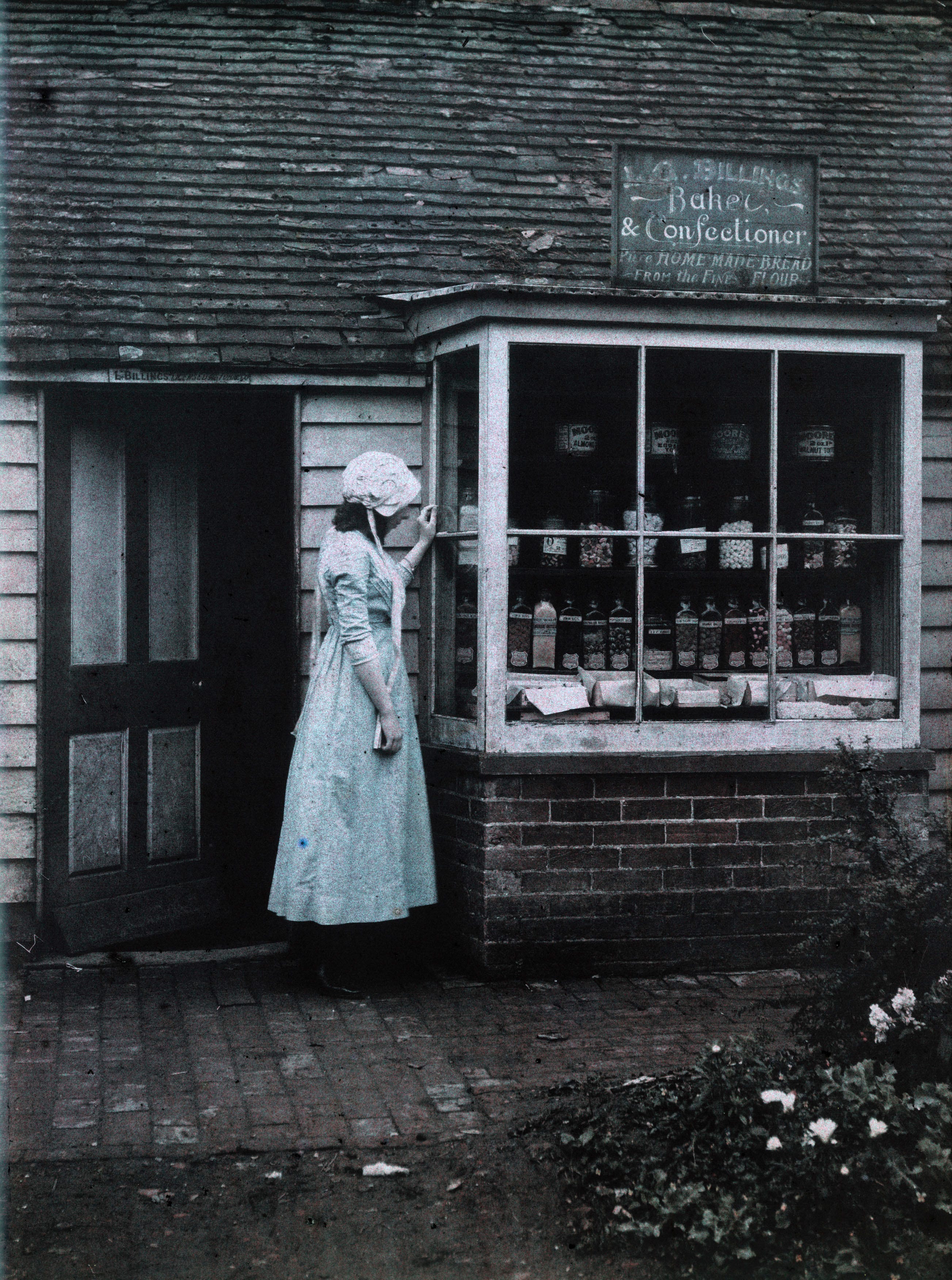 The photo was likely taken in Billing, UK. Window shopping hasn’t gone out of style.