15 vintage photos show what furniture looked like 100 years ago 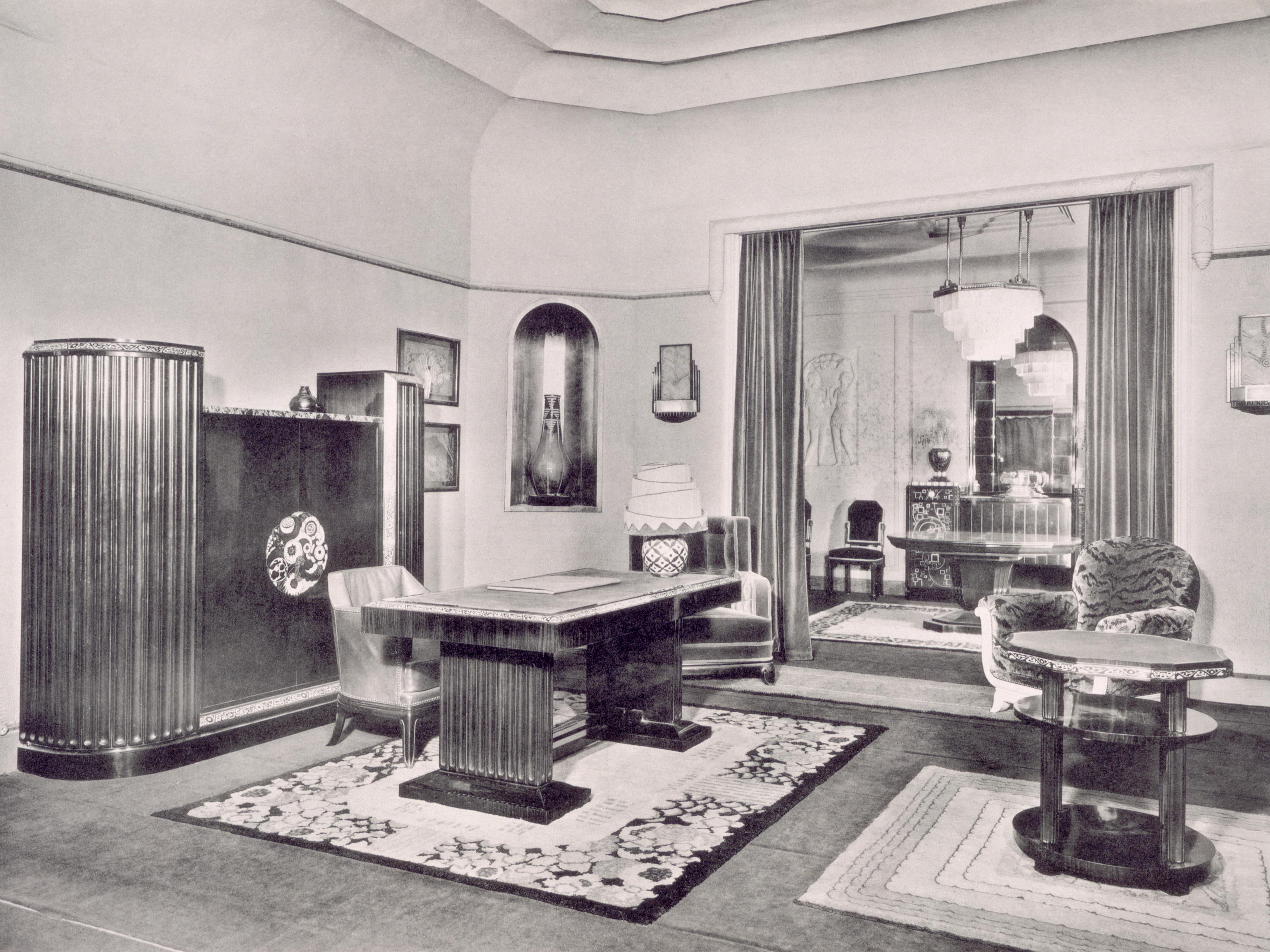 While many furniture designs of today may focus on comfort and functionality, furniture of the early 20th century was more aesthetically driven.

While furniture of the late 1910s commonly used dark wood and focused on craftsmanship, designs from the 1920s featured sleek lines, geometric patterns, and new materials like chrome and mirrors that could be mass-produced.

However, by the end of the decade, functionality became more important than aesthetic value as the stock market crashed and the country entered the Great Depression.

Here are 15 photos that show what furniture looked like 100 years ago.

Prior to the turn of the decade, furniture in the late 1910s and early 1920s tended to be in the style of Art Nouveau. Furniture was seen not just as an investment during the early 19th century, but family heirlooms meant to be passed down through generations.

In Europe, Art Nouveau designers valued expert craftsmanship and many pieces were made by hand.

As Art Nouveau style became increasingly popular in the United States, many pieces were mass-produced using new technologies that emerged during the industrial revolution, according to auction website Invaluable.

Dark wood was one of the most popular materials used in furniture during the early 1920s. 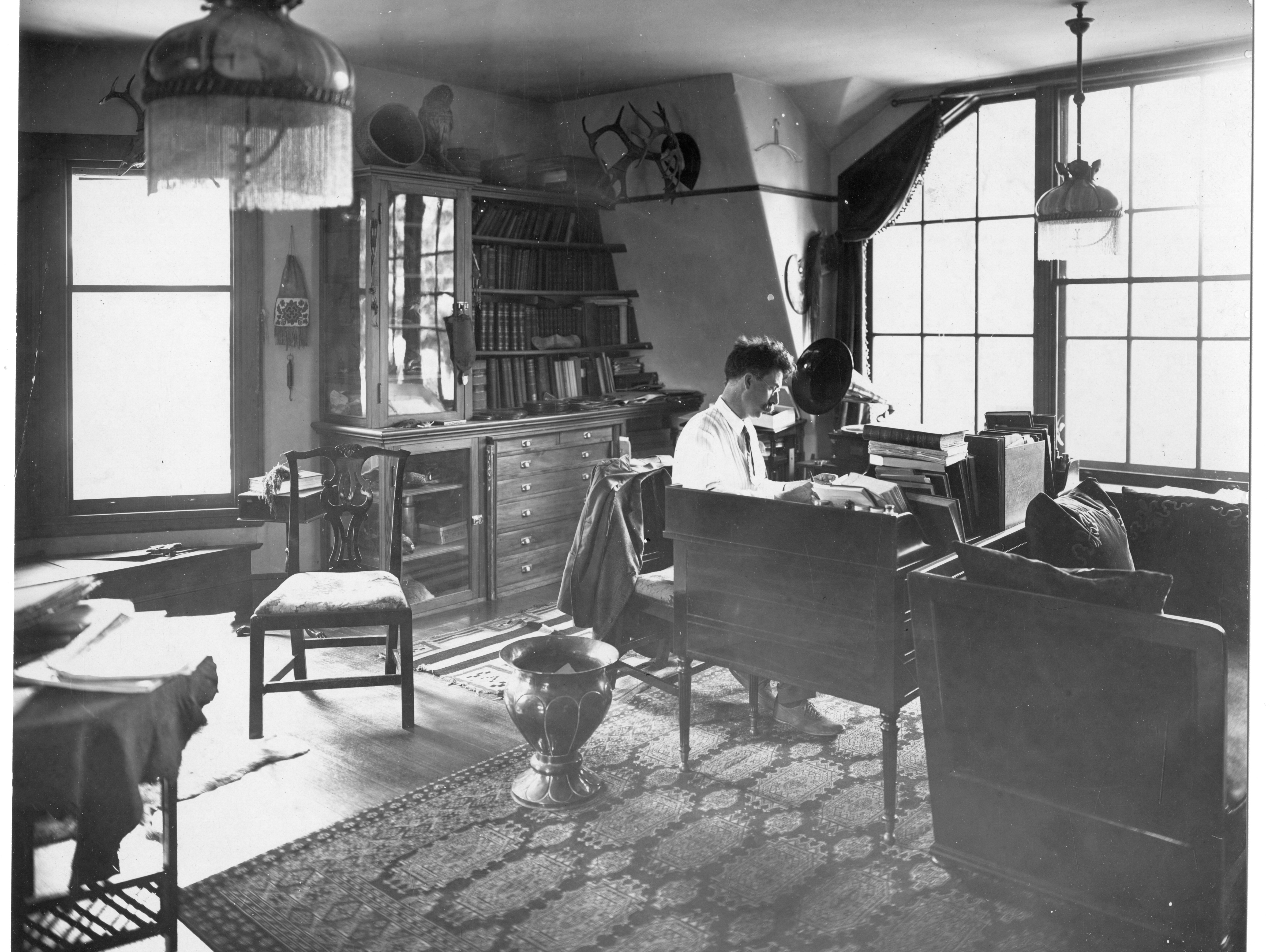 In the early 1920s, Art Nouveau gave way to what would become known as Art Deco. Furniture in the Art Deco style was more modern in appearance, and focused on simpler, cleaner lines, like the chair pictured, according to Study.com.

This beauty salon inside the Jefferson Hotel in 1920 is the epitome of 1920s furniture design. Furniture in the Art Deco style tended to feature more geometric shapes than in Art Nouveau. Carved wood became less popular, and materials like chrome, mirrors, and exotic tortoiseshell or mother of pearl began popping up in interior design, according to Study.com. Sometimes, Art Deco pieces would have more Neoclassical influences and would be marketed towards the upper classes of society who were looking for one-of-a-kind pieces.

Other furniture designers would experiment with new styles, like this sofa bed. 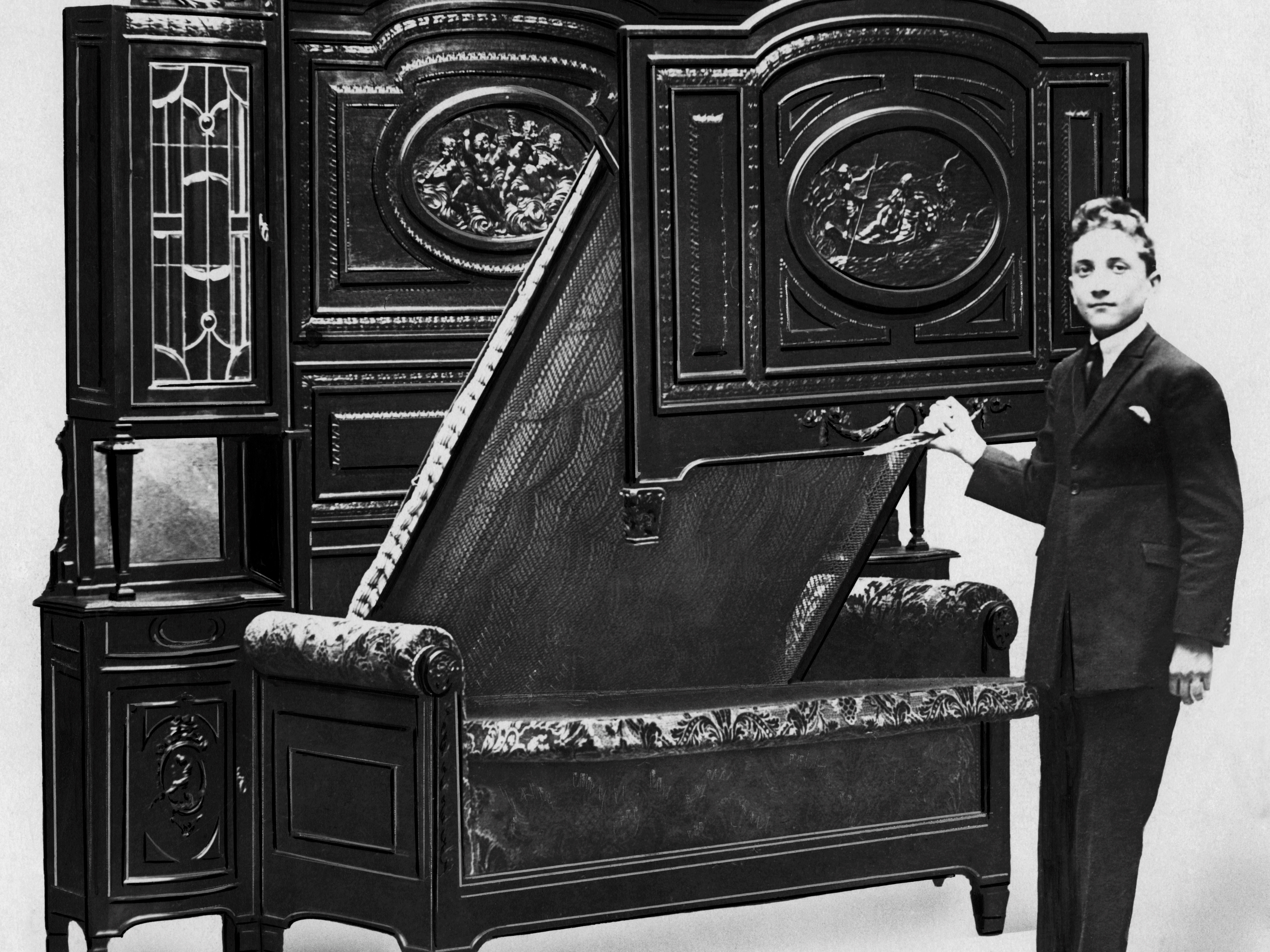 The very first sofa bed was patented in 1899 by African-American inventor Leonard C. Bailey. In the early 19th century, variations on the sleeper sofa became more popular. In 1908, William Murphy invented the Murphy bed, a mattress that would flip upside down and be hidden in a cavity in the wall.

Italian-American inventor Bernard Castro began creating his own line of sofa beds in the 1930s.

One word used to describe the furniture and decorating styles of the 1920s was “glamorous.” 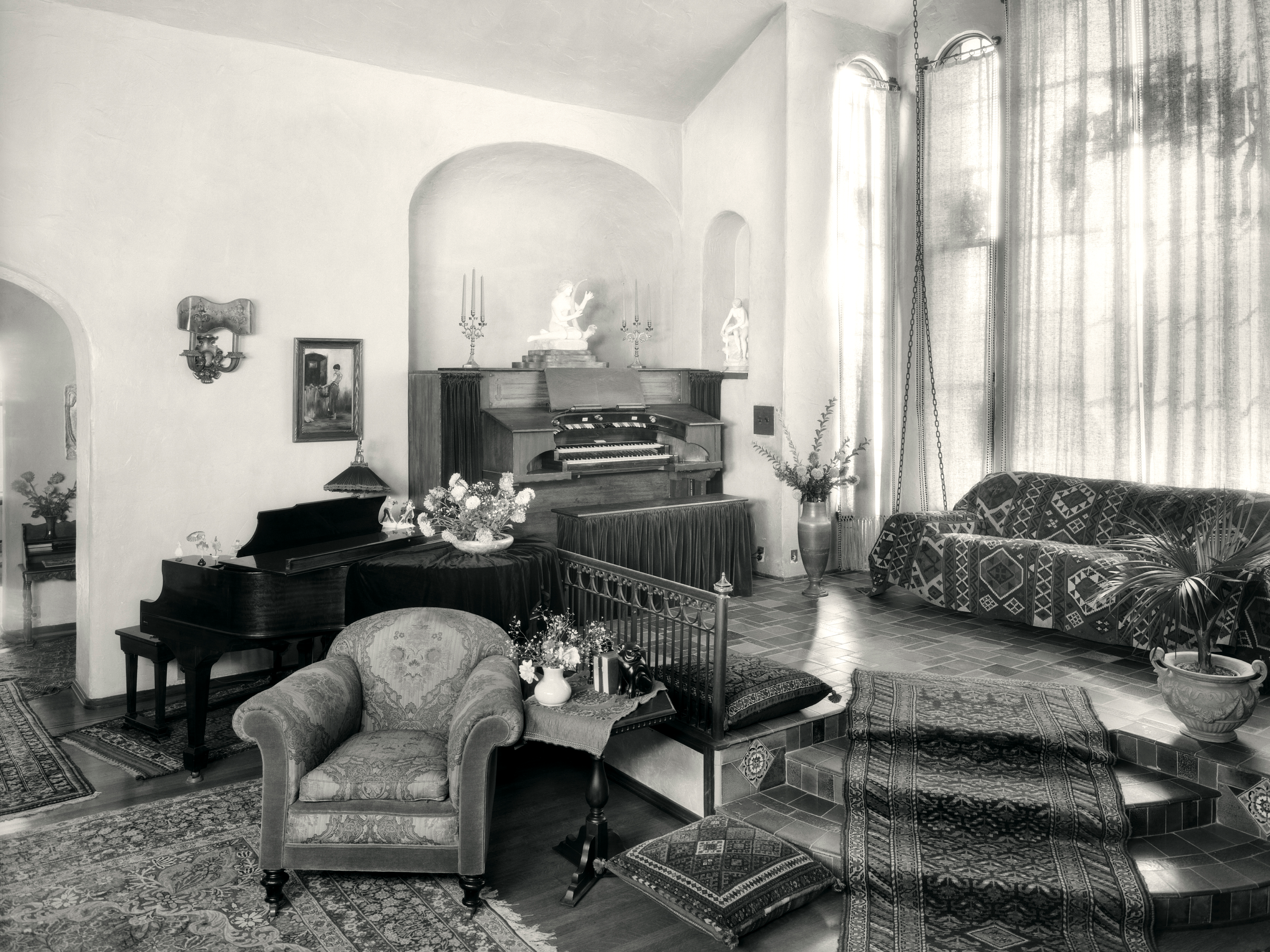 This music room features oriental rugs and other traditional opulent furnishings, but the archways on the wall were considered distinctly modern for the time.

Walls were typically painted one colour to allow the more opulent furnishings to speak for themselves. However, while the Art Deco style could be opulent at times, it was starkly more modern than furniture and interior design styles of previous decades.

This desk is distinctly modern for the era. 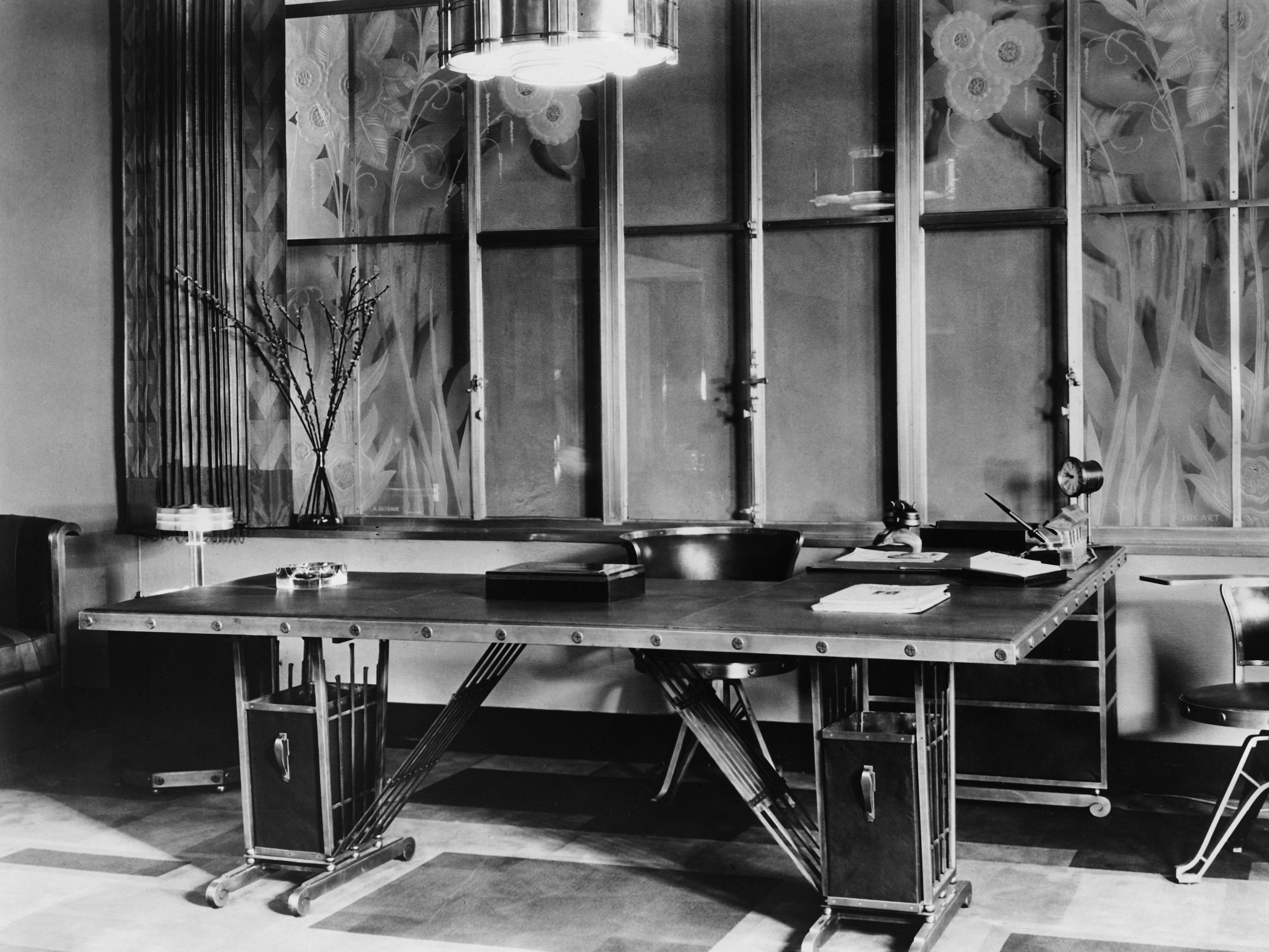 Rather than using materials like dark wood with carved details, the use of metal and chrome in the 1920s and 1930s shows how tastes changed throughout the early 20th century, according to Invaluable. Art Deco was inspired by popular themes in art at the time, as cubism became more popular in the 20th century.

Art Deco originated in France, and was officially announced as a new design style in 1925. At the Exposition Internationale des Arts Décoratifs et Industriels Modernes in Paris, the Art Deco design style was unveiled not as a new concept, but one that had been in the works for almost a decade, according to History.com.

Art Deco-inspired homes were considered the epitome of glamour. Art Deco designs were also commonly used in skyscrapers, which were popping up quickly, and movie theatres.

The Chrysler Building in New York City is one example of Art Deco architecture. Luxury travel vehicles such as trains and passenger ocean liners were also frequently decorated and furnished in the style.

Frosted glass was commonly used both as decoration and integrated into furniture. Cabinets and light fixtures from the era commonly featured this detail.

Art Deco furniture styles appeared in popular magazines of the time, like this photo from a 1924 issue of Vogue. Matsy Wynn Richards/Conde Nast/Getty ImagesA room with an empire sofa and antique hooked rug patterned with doves and Watteau panels in background, circa 1924.

Art Deco also influenced other aspects of art and design in the 1920s. Advertising was also heavily influenced by the trend and commonly featured motifs of the cutting edge of transportation and the new styles of architecture.

When the stock market crashed in 1929, opulent and over-the-top Art Deco designs began to wane. 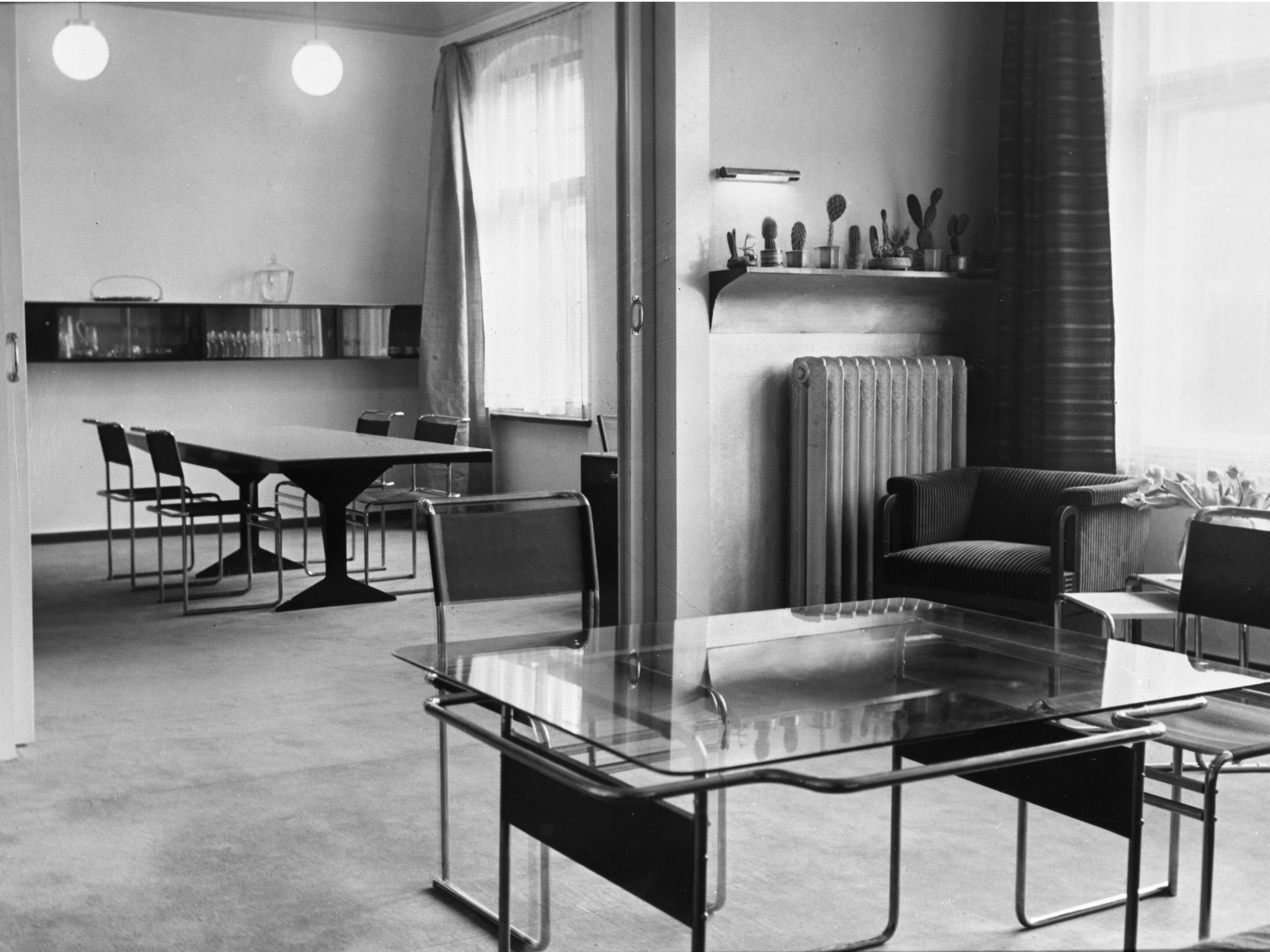 Designs were simplified, and furniture became even more streamlined and modern. By World War II, Art Nouveau and Art Deco styles were replaced by a focus on modernism, which placed a greater value on function.