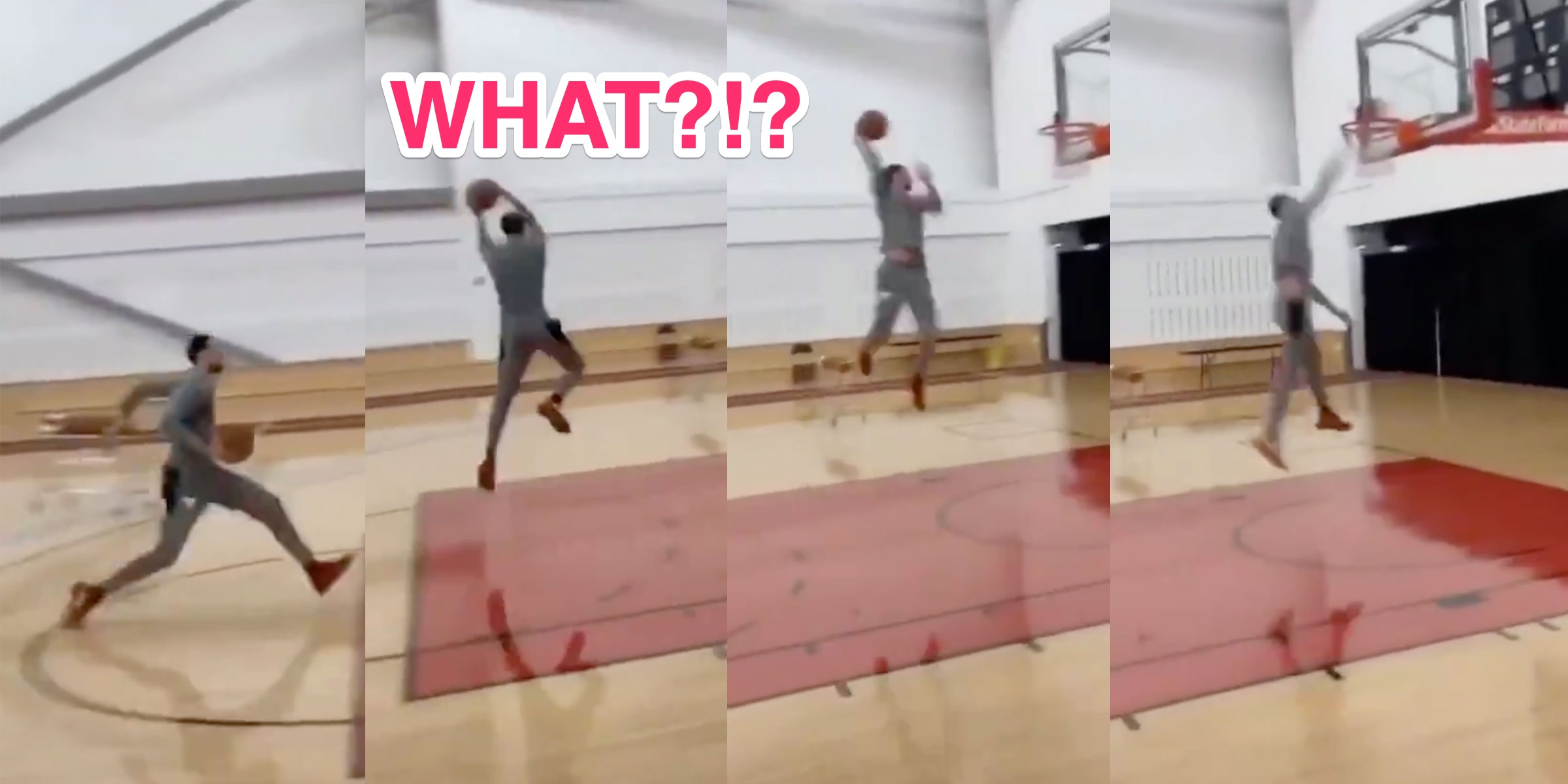 @JoshJBullsHoops / TwitterZach LaVine is extremely close to throwing down a 360-dunk from the free throw line that’s so good it looks photoshopped.

Zach LaVine left fans in awe after a video of LaVine nearly throwing down a 360-dunk from the free-throw line made the rounds online.

LaVine is a two-time NBA Slam Dunk Contest champion, having taken the title in back-to-back years in 2015 and 2016. But despite the fact that Chicago is hosting this year’s All-Star festivities, the Bulls guard is not scheduled to make an appearance in the contest this year.

Ever the showman, LaVine decided that he didn’t need to be participating in the Dunk Contest to leave NBA fans delirious with his aerial talents.

As more fans found the video on Twitter, some began calling for LaVine to join the contest as a late entrant to give him the chance to attempt the vicious dunk in competition.

Mane get in that dunk contest foo give the fans what they wanna see G @ZachLaVine https://t.co/mwyRI8J08a

@ZachLaVine please please please somehow squeeze yourself into the dunk contest. This needs to be seen on national TV and represent the @chicagobulls https://t.co/L1RK4cz1Bj

Zach LaVine should just interrupt the @NBAAllStar dunk contest like a wrestling heel. Come out while Aaron Gordon bouta dunk and steal the show lol

In 2016, LaVine won what is considered by many to be the greatest Dunk Contest in NBA history, outlasting Aaron Gordon in an unbelievable back-and-forth battle.

With Gordon back in the competition this year, the thought of the two reigniting their rivalry has some fans drooling.

Aaron Gordon wins the dunk contest, but as he’s about to get the trophy, everything starts flashing red and Zach Lavine comes out of the tunnel in a Micheal Jordon jersey….

LaVine will be in Chicago for All-Star Weekend, participating in the Three-Point Contest, so the idea of a surprise run-in at the Dunk Contest is not out of the question.

If LaVine does wind up making an appearance, there’s a good chance we already know what dunk he’ll be attempting.

Tristan Thompson says LeBron James ‘eats like s—‘ and has the worst diet ever, but dominates anyway