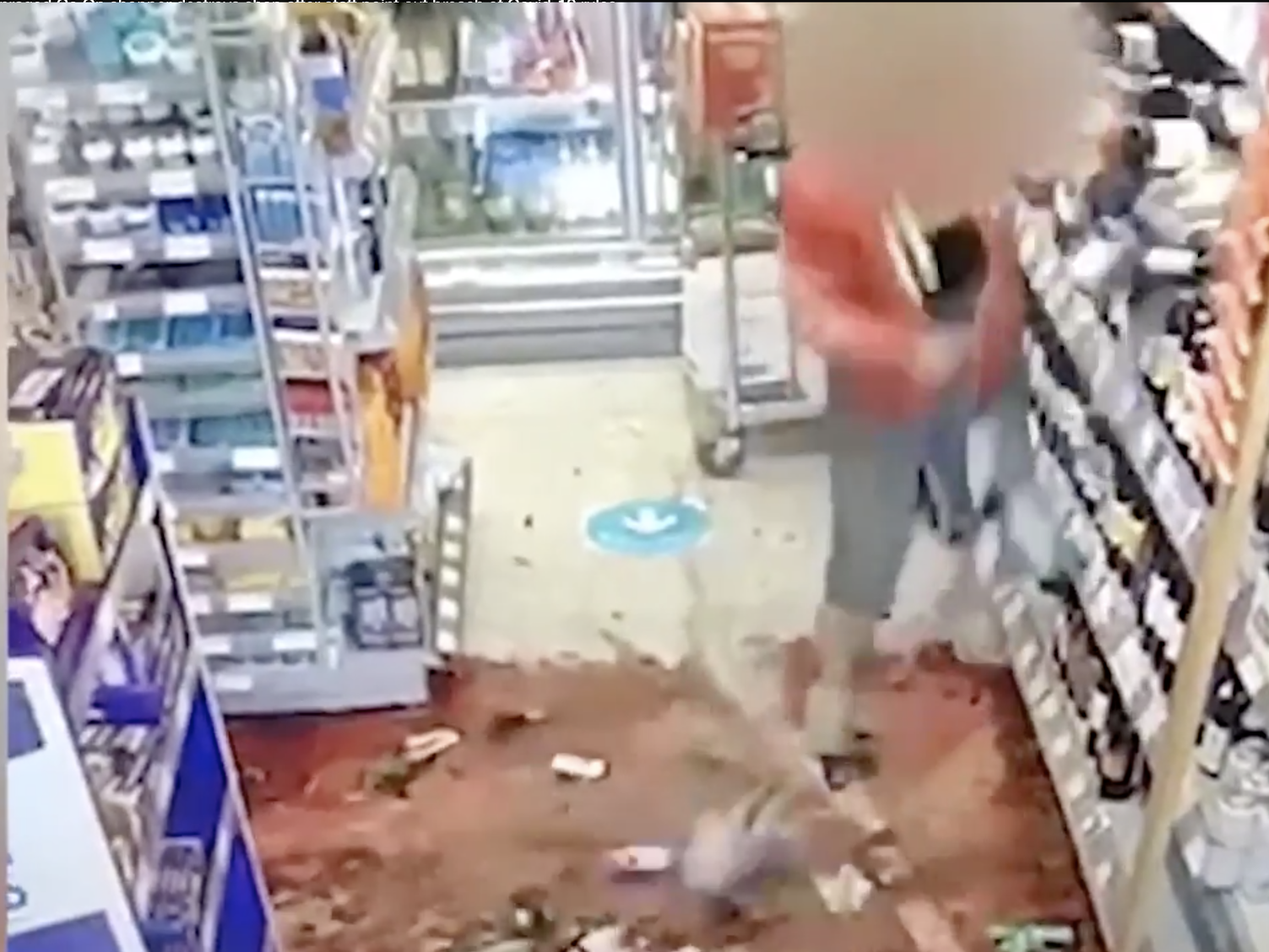 Co-opA woman at a Co-op supermarket in Surrey, England, smashes up wine bottles.

A video has come to light of a woman smashing dozens of wine bottles who became furious after a supermarket staff member asked her to follow a one-way system designed to help customers social distance.

CCTV captured the woman screaming at the store’s staff before dashing up an aisle to lay waste to the wine shelves. She sent dozens of bottles flying, smashing on the floor, leaving a trail of glass shards and a pool of red liquid.

As she left the store, she hurled herself against the plastic partition guarding the checkout workers and shouted: “I had done nothing wrong. Now I have!”

The incident took place at a branch of a Co-op supermarket in Surrey, England, at the UK lockdown peak in May.

It was made public earlier this week amid growing concern among supermarket bosses at the surge of abuse their staff face because of COVID-19 restrictions on social distancing. It has led to increased conflict with a minority of shoppers who resent being challenged by shop workers.

Jo Whitfield, CEO, Co-op Food, said in a statement: “Our nation’s shop workers are heroes and as important key workers they have played a vital role in providing communities across the country with access to food, household goods, financial services, prescriptions, and medication all the way through lockdown.

It is simply not part of their job to face a torrent of verbal or physical abuse and we want the Government to do their bit in introducing legislation that will make shop workers feel safer when they go to work.”

Now, the supermarkets and retailers are backing legislation that was due to be discussed in Parliament on Friday, which will create tougher penalties for assault on shop workers. However, the Assaults on Retail Workers (Offences) Bill was delayed by the government.

The British Retail Consortium’s 2020 retail crime survey showed that over 400 retail workers face violence and abuse in the workplace every day, with the incidents often resulting from staff challenging shoplifters, or more recently, due to them trying to implement coronavirus safety measures.

On Tuesday, the UK government announced that customers must wear face masks in shops, supermarkets, and shopping centres. Those who fail to do so face a fine of Â£100 ($US130).

As the pandemic has spread, so have the incidences of so-called “corona rage,” where workers who interact with the public have been attacked or abused.

In July, a French bus driver died after an attack by a group of unmasked passengers. Phillipe Monguillot, 59, was beaten up in Bayonne’s southwestern city after telling three passengers who were boarding the bus to wear a mask and tried to check another man’s ticket.