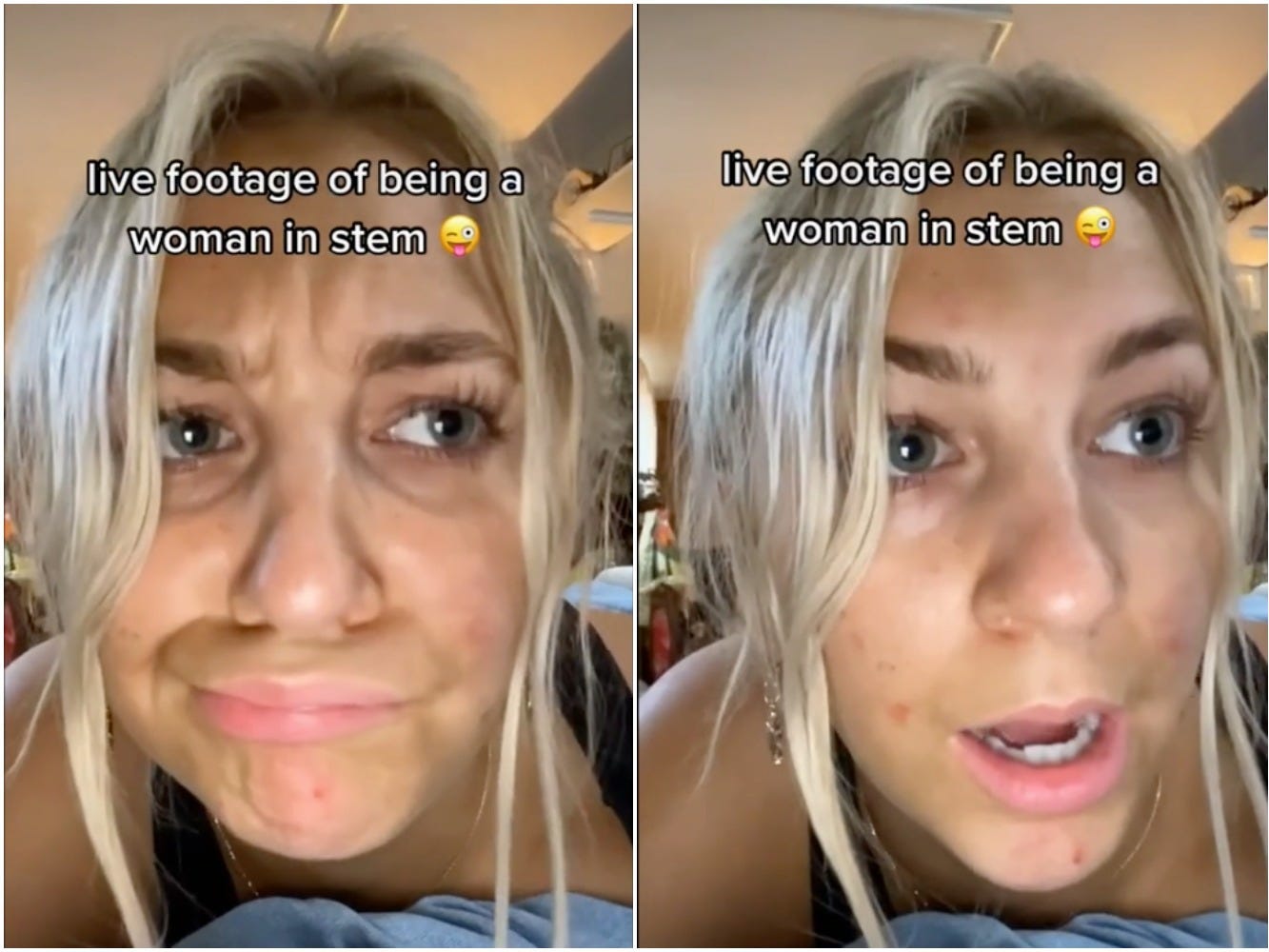 A woman studying science posted a video on TikTok of “live footage of being a woman in STEM [science, technology, engineering, and mathematics].”

In the video, Claire McDonnell, 22, is seen being repeatedly interrupted by her male peers.

“My male classmates love listening to my input and letting me finish my sentences. True respectful kings,” she wrote in the caption.

McDonnell is studying for a graduate science and finance program at the University of Iowa, according to Buzzfeed.

She is one of four women on the course, alongside around 60 men.

McDonnell originally recorded the call to send to a friend, but then decided she’d post it on TikTok too.

“Some of us girls have the top standings in the program, and no matter how experienced we are, none of the men seem to take us seriously,” McDonnell told BuzzFeed News.

“This happens on a daily basis. There would be an assignment we [the other STEM women] would help other classmates with, and they would take credit for it.

“If we present an idea, whether it’s theoretical or any type of opinion, it’s always like they’re very hesitant to believe it.”

“And if they do believe it, then they take the credit like, I already knew that, and repeat it to other people and claim it as their own.”

McDonnell is not the only woman in STEM using TikTok to highlight sexism and the lack of diversity in the industry.

As Insider’s Margot Harris reported, lots of other women have been posting humorous but also impactful videos on the platform to show the reality of life as a woman in science and tech.