Dramatic video captured the sheer panic when a huge shark was spotted cruising among the swimmers at a beach in Israel. Fortunately, it was a gentle giant of the sea. 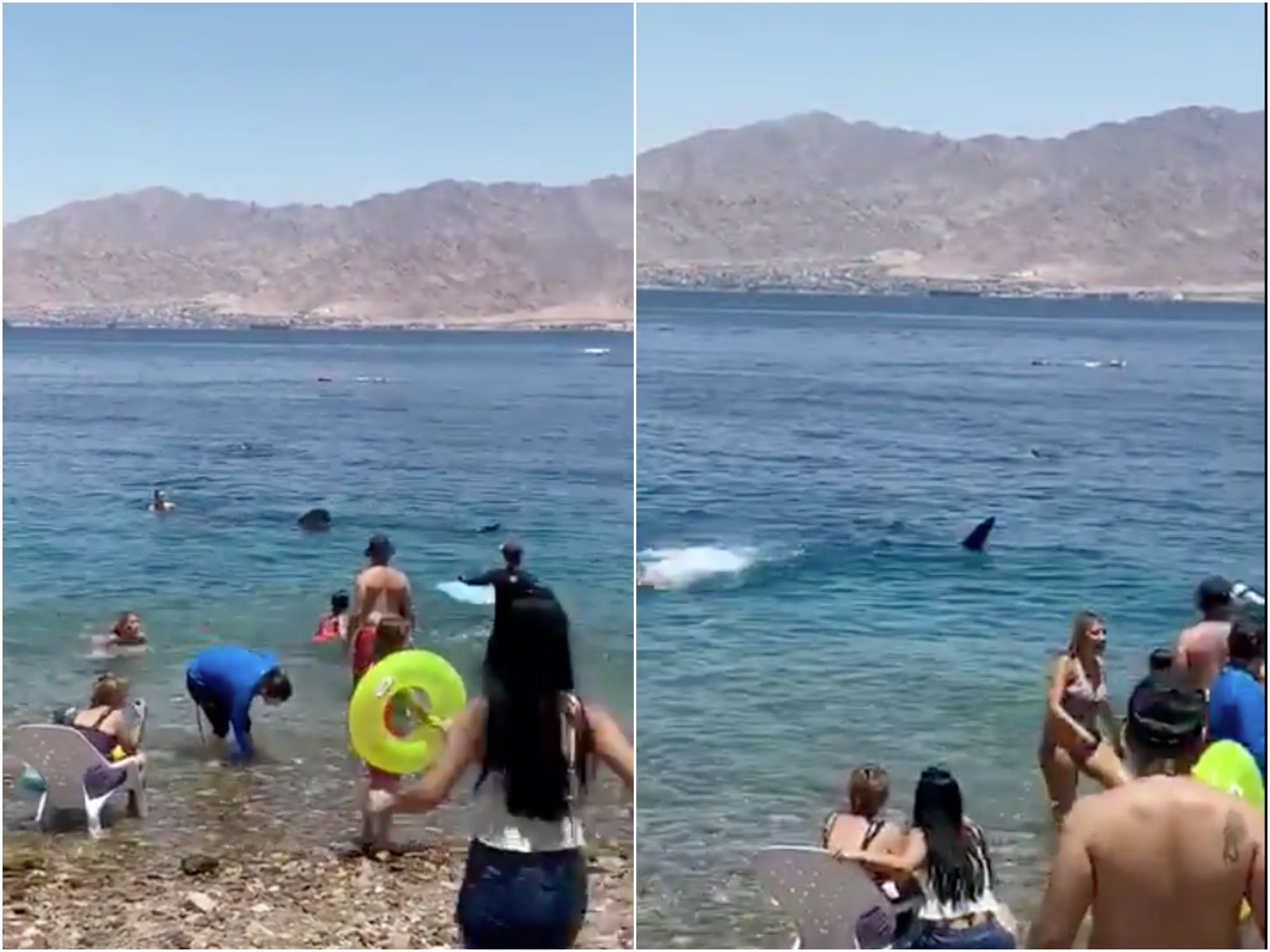 Twitter/Kann NewsA whale shark was spotted at an Israeli beach on Saturday.

Panic erupted among swimmers and sunbathers at an Israeli beach on Saturday as a shark was spotted in the sea right by the shore.

A video shared on Twitter shows the shark swimming through the shallow sea, full of people, in footage that wouldn’t look too far out of place in “Jaws.”

It turned out that the creature was a whale shark and thus harmless, but the beachgoers in Eilat, Israel, weren’t aware of that.

Footage shows the shark’s fins above the surface of the water in close proximity to swimmers and people cooling off in the sea.

Screams and shouts are heard from people who presumably weren’t expecting to see a shark while having a paddle in the Red Sea.

“He’s going for that woman!” a beachgoer shouts in the video, according to The Times of Israel. 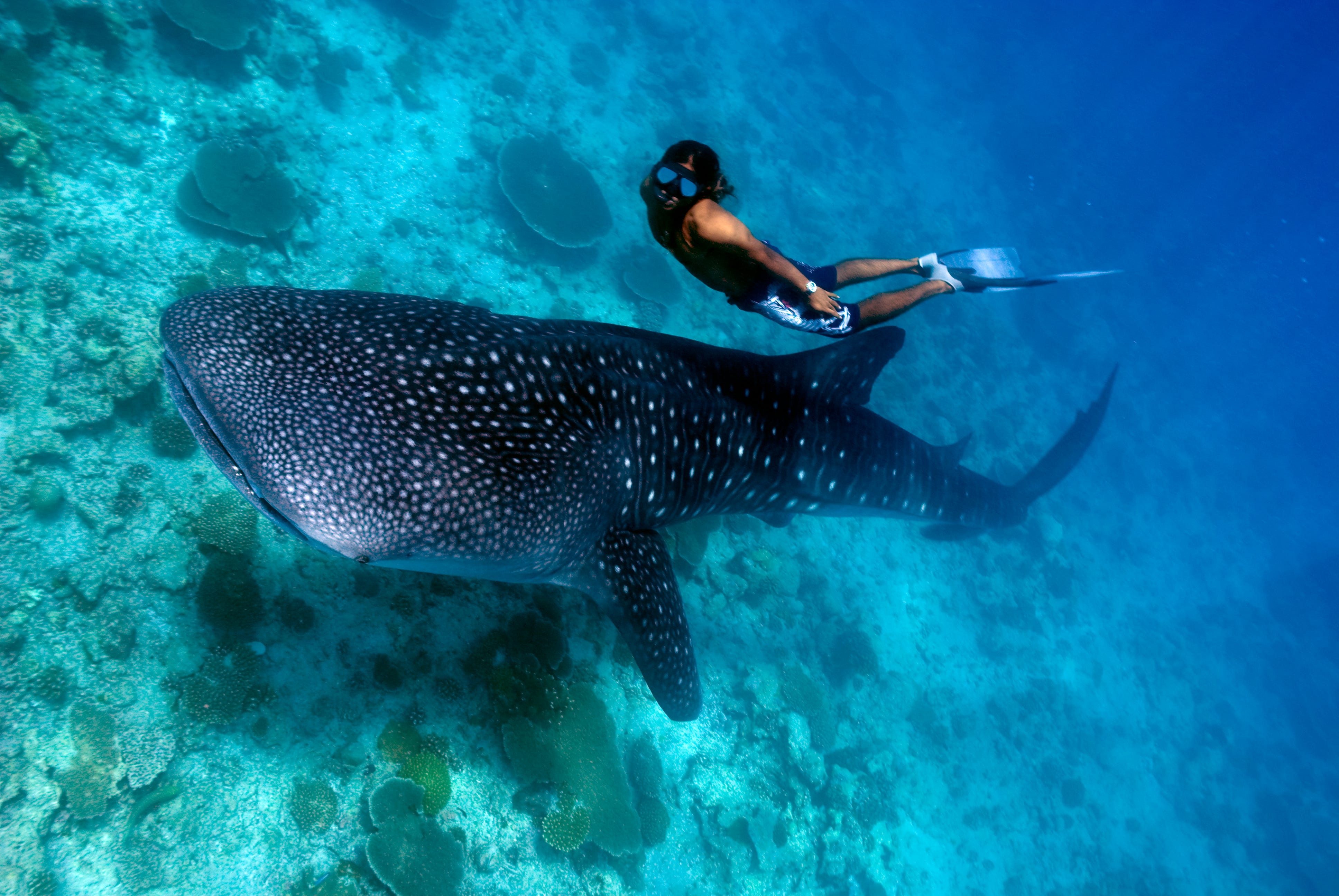 Getty/Trent BurkholderWhale sharks can grow to a length of 40 feet.

Whale sharks can grow to 40 feet in length, which makes them the largest fish species in the world, according to National Geographic.

They are docile, gentle creatures that pose no danger to humans and feed mainly on plankton.

Though whale sharks are found in warm, tropical seas around the world, they rarely come so close to the shore.

Despite their lack of threat to humans, an Israeli shark expert advised swimmers to stay well clear of them.

“The [feeding] season is at its height and they’re getting close to concentrations of plankton,” Adi Barash, the head of the Sharks in Israel conservation organisation, told Ynet, as per The Times.

“It’s very important to not get in its way, to not touch and not chase the shark. It’s fine to photograph and enjoy it.”