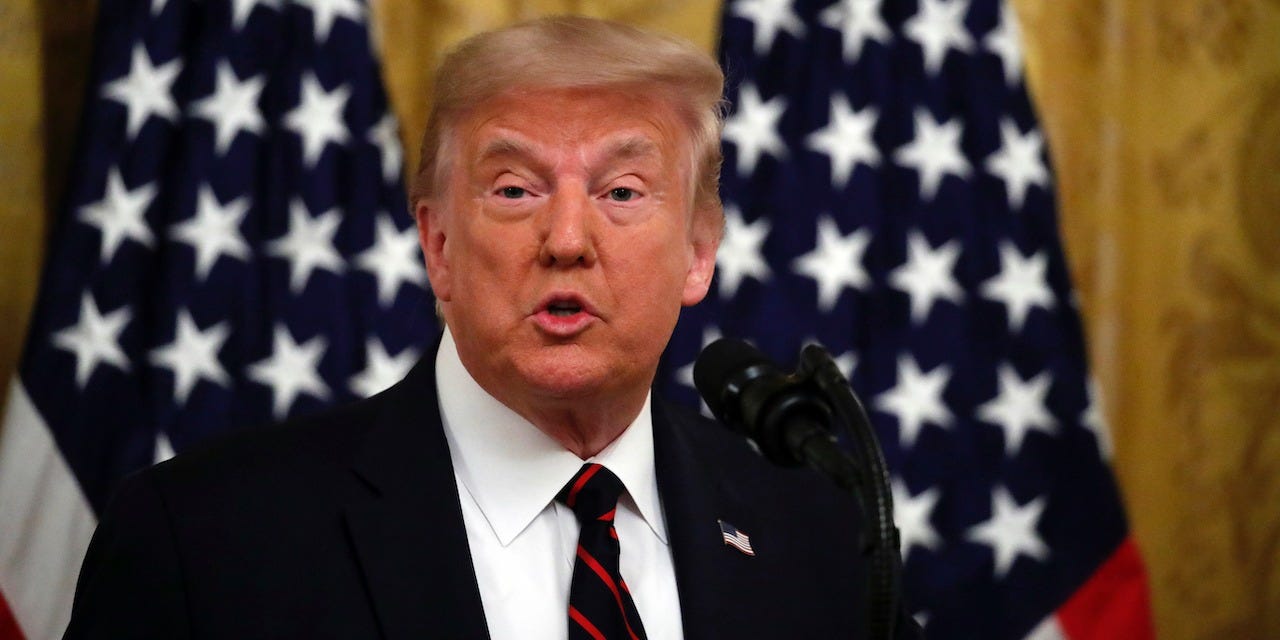 AP Photo/Alex BrandonPresident Donald Trump at the signing of the Great American Outdoors Act on Tuesday.

President Donald Trump apparently doesn’t know how to pronounce the name of one of America’s most famous national parks.

During a speech at the White House on Tuesday following the signing of the bipartisan Great American Outdoors Act, Trump twice pronounced Yosemite as “yo-Semites.”

“When young Americans experience the breathtaking beauty of the Grand Canyon, when their eyes widen in amazement as Old Faithful bursts into the sky, when they gaze upon yo-Semites, yo-Semites, towering sequoias, their love of country grows stronger, and they know that every American has truly a duty to preserve this wonderous inheritance,” Trump said.

Yosemite National Park is one of the country’s most visited tourist destinations – 4.5 million people travelled to the park in 2019, according to the National Park Service.

President Trump speaks about Yosemite and the Grand Canyon in remarks about national parks https://t.co/Nj065CIsxp pic.twitter.com/HNeydMT9BJ

Trump’s critics ridiculed the president’s mispronunciation. A Twitter account of the Democratic National Committee shared a clip of the moment with the comment “tfw you’re the president and don’t know how to pronounce ‘Yosemite.'”

Trump and his allies have repeatedly criticised Joe Biden, the presumptive Democratic presidential nominee, for misspeaking in various contexts. They have used those attacks to bolster a broader argument that Biden is unfit to serve as president; Trump has nicknamed him “Sleepy Joe.”