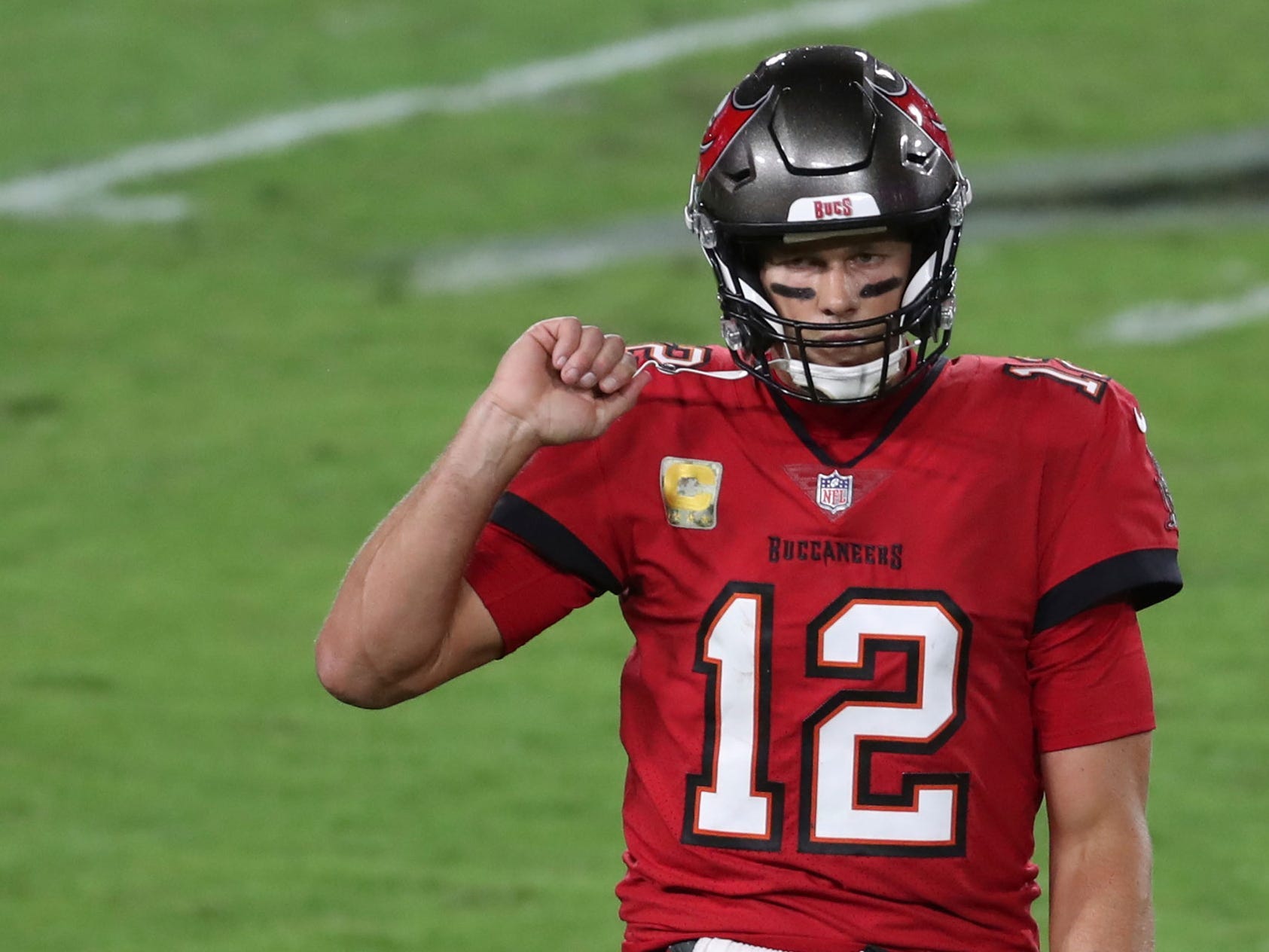 Tom Brady has had a tough week.

On Sunday night, Brady’s Buccaneers were blown out at home by the New Orleans Saints, falling 38-3 in the most lopsided defeat of Brady’s two decades in the NFL. The Saints were so dominant in their win that they threw a dance party in the visiting locker room.

But things went from bad to worse this week for Brady, when, as the Buccaneers quarterback told reporters on Thursday, two of his jet skis escaped. According to Brady, as Tropical Storm Eta brought a downpour to his Florida home, his floating dock and two jet skis were carried 300 yards off his property.

“The hurricane, that was a trip last night for me,” Brady told reporters Thursday. “I had a dock, and it broke, floated away. I had these jet skis on, I saw those things sitting in the middle of the bay, and I was going, ‘Wow, that’s pretty surreal,’ and I was kinda laughing. ‘Well, you’ll get the jet skis back.’ A lot of people are dealing with a lot worse than that.”

Brady admitted that as a new Florida man, he had a lot to learn.

“It happened pretty quick, I thought you had time to prepare for these things, but apparently you don’t,” Brady said. “They’re just kinda on you, and then you just gotta deal with it, so we pushed the schedule back today.”

The wind and storm surge broke off part of his dock taking two jet skis with it. #GoBucs pic.twitter.com/f90rJlg44G

At least he didn’t run into a gator.

Here is a massive alligator on a Florida golf course

Aaron Rodgers calls out ‘double standards’ of NFL’s COVID-19 protocols: ‘Are we doing all this based on science?’